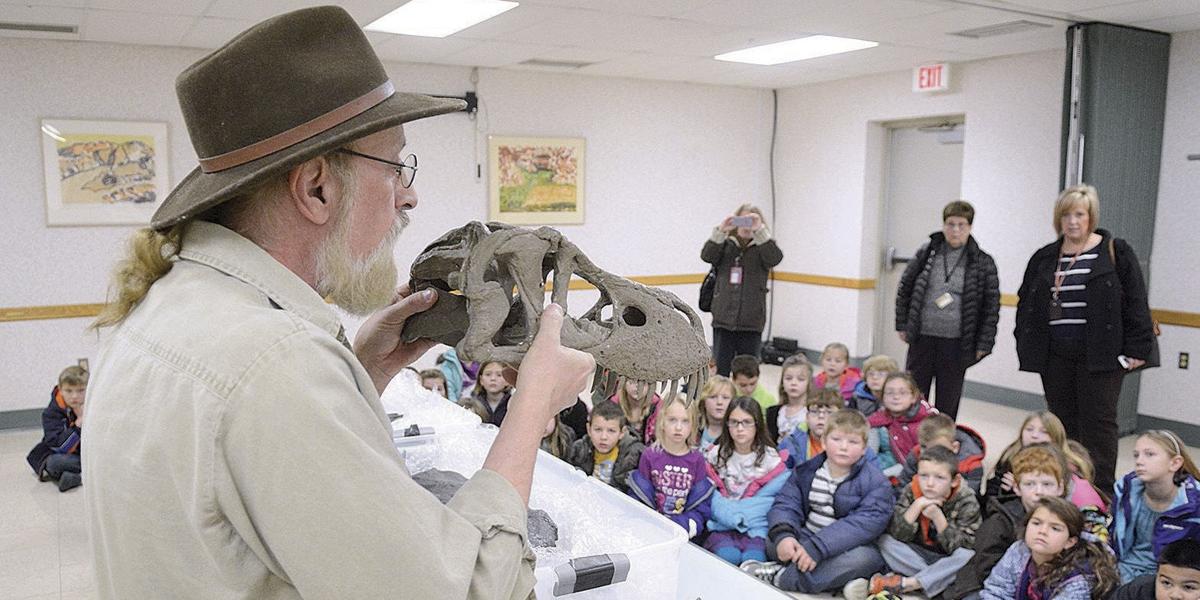 Paleontologist Barry James holds up a model of a T-Rex skull to show Priestley Elementary School second grade students where it's eyeballs would be located. 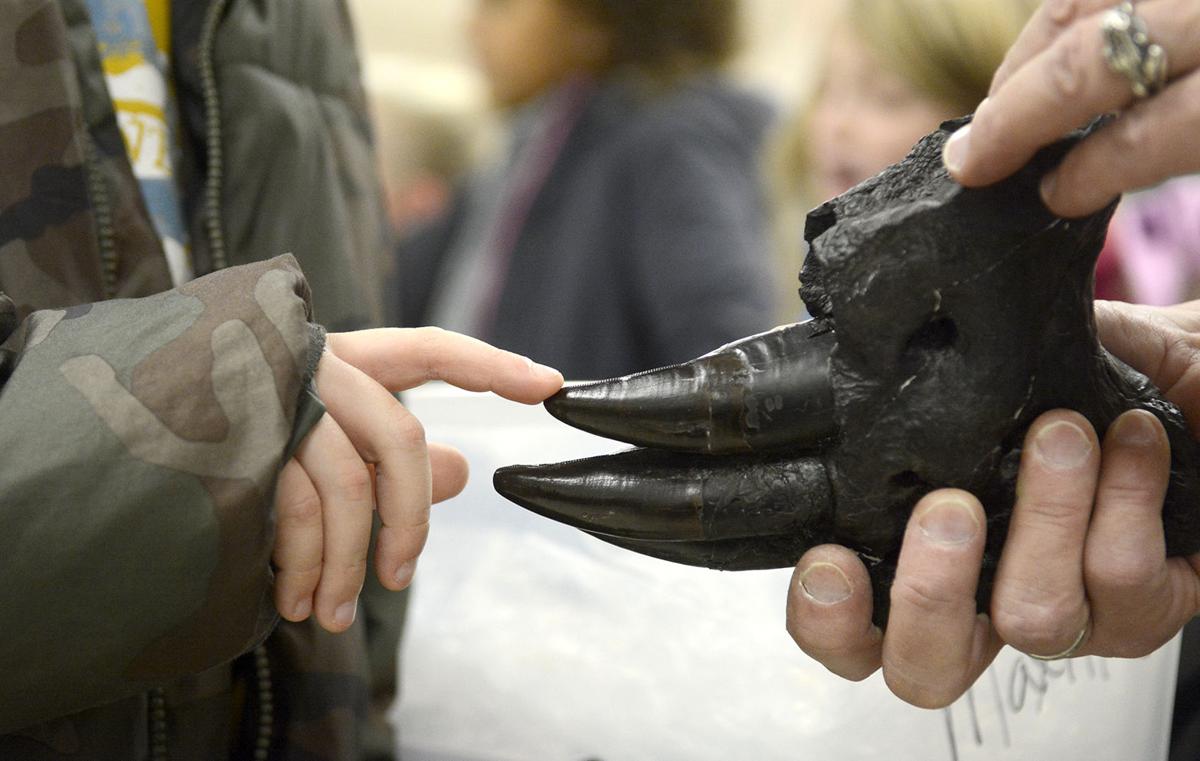 Paleontologist Barry James holds up a model of a T-Rex skull to show Priestley Elementary School second grade students where it's eyeballs would be located.

SUNBURY, Pa. -- A group of Pennsylvania second-graders visited Tristan the Tyrannosaurus Rex in the hospital Wednesday. But he was already dead.

Tristan, the third-most complete Tyrannosaurus skeleton in the world, was admitted to Sunbury Community Hospital in Sunbury, Pennsylvania, for a CT scan to determine the nature of certain pathological details that are visible on the surface of the bone.

"Having these bones here is almost like a book," said vertebrate paleontologist Barry James, who co-owns Sunbury’s unique professional paleontological services company, Prehistoric Journeys, with his wife, April James. "We can see the cover of the book, but not the pages. This scan will allow to open the book."

Before the examination, James gave several private lectures to local students and showed off pieces of Tristan’s record-setting skull.

James calls the skull the most "unusual and nearly complete" in the world, with 52 of its 57 bones recovered.

The more than 250 students, the first children in the world to ever see the rare fossils, were allowed to hold one of Tristan’s 6-inch-long steak knife-like teeth, which James says it could have used to easily swallow each of them in a single gulp.

Tristan was discovered in 2011 in Montana among ancient crocodiles in a prehistoric bog. Paleontologists believe it stepped into the swampy area 68 million years ago and got stuck in mud, which eventually preserved its bones when it died.

James praised the cooperation of everyone involved in the discovery, from the excavator in Montana who first discovered it, to the dig teams who spent three years uncovering it and helping piece it together.

He also praised the community hospital for helping with Wednesday's event, calling its contributions to paleontology "incalculable."

Details for this story were reported by The Daily Item in Sunbury, Pa.