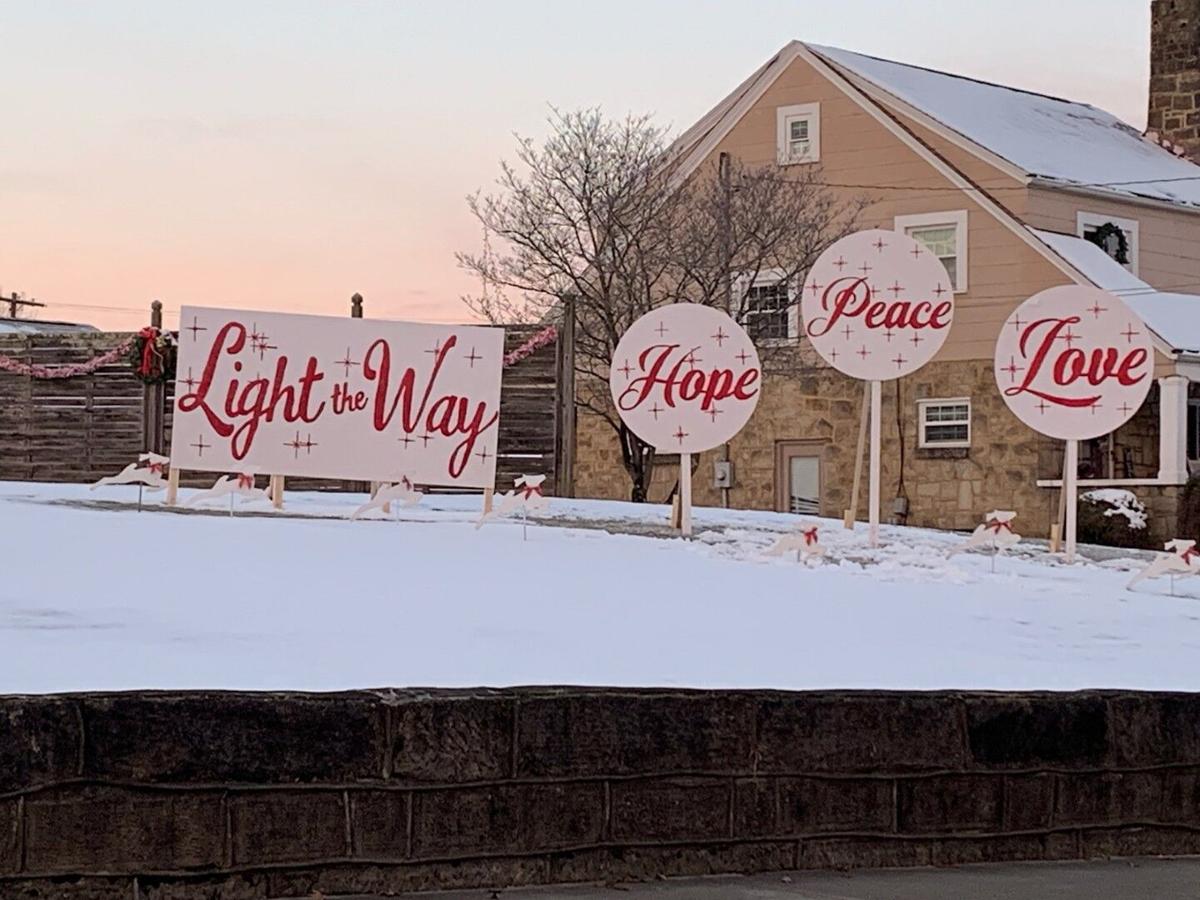 The theme of Barrackville’s Christmas celebration this year is “Light the way to hope, peace and love.” 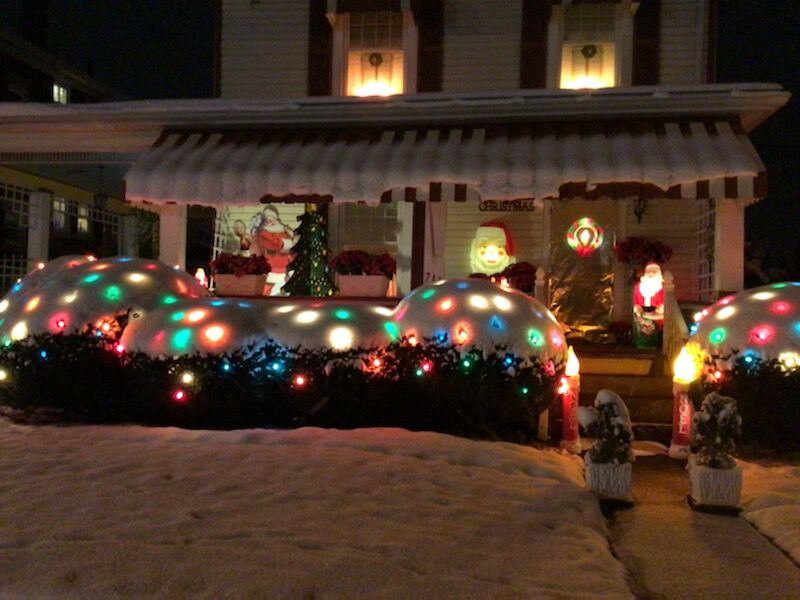 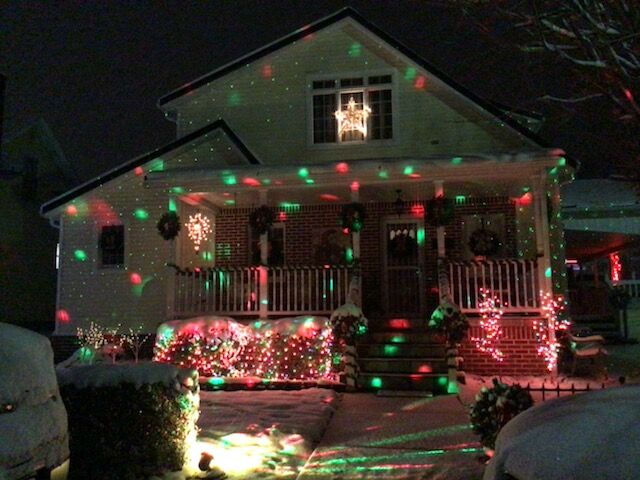 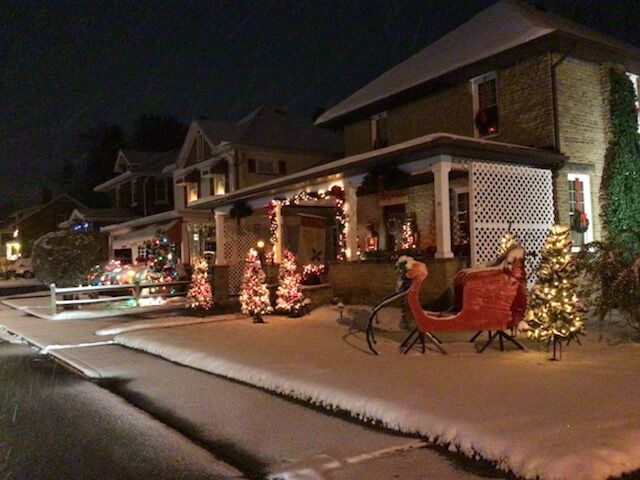 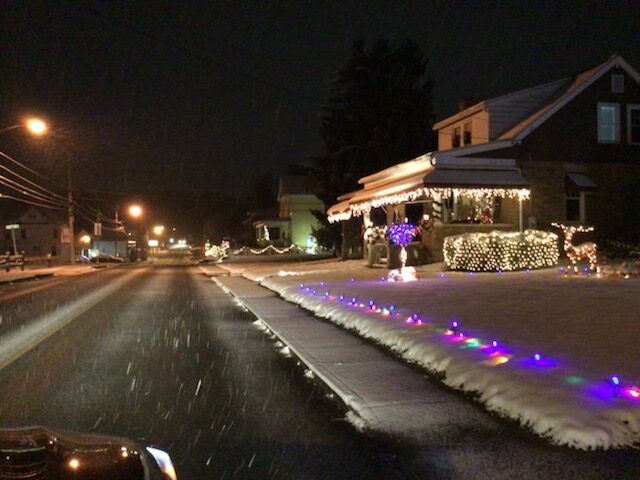 A view down Pike Street in Barrackville.

The theme of Barrackville’s Christmas celebration this year is “Light the way to hope, peace and love.”

A view down Pike Street in Barrackville.

BARRACKVILLE — Sharon Gump has lived in Barrackville for the past 57 years, yet she said the town is more prepared for the holiday season than it’s ever been.

“I’ve lived here since 1963 and I’ve never seen it so decorated. It’s beautiful. The people have just gone all out,” she said. “It’s so nice to see how everyone has decorated their homes. It’s like a little Hallmark town.”

Along with other residents who have helped organize this year’s “Christmas in Our Town” event, which will take place on Saturday, Dec. 5 from 6-8 p.m., Gump also conceived the theme of this year’s event, which is “Light the way to hope, peace and love.”

In a year plagued by the COVID-19 virus and the continuing societal restrictions the pandemic has placed upon public gatherings, the Barrackville Lions Club, the sponsor of the annual event, and a group of dedicated residents are planning a celebration unlike those of Christmases past.

“Normally during the ‘Christmas in Our Town’ celebration, there’s a big parade, food vendors, hot chocolate, a chili cook-off and all kinds of events. But because of the virus, we really can’t do a lot of those things this year,” said Sara Carpenter.

Carpenter, a resident and mother of two young children, is serving on the celebration’s organizational committee for the first time this year.

She said her planning colleagues felt if a parade down crowded Pike Street was not feasible because of social-distancing concerns, Barrackville residents could instead parade through town themselves from the safety of their vehicles.

“This year, we’re doing a kind of reverse parade in the sense that we’d like people to drive through the town and look at all the decorated houses, which look really nice. Along the route, we’ll have the police and fire departments out to direct traffic one-way and keep it flowing,” Carpenter said.

Instead of the usual “Christmas in Our Town” attractions, there will be twists on old traditions and new ones altogether.

For the first time in its 167-year history, for instance, the historic Barrackville coverage bridge is decorated in holiday lights.

Also new this year are both a street signs and house decorating contest. Homes across Barrackville will be judged in five different categories, including most old fashioned, most whimsical, best use of lights, most original and most festive.

And because the Christmas celebration wouldn’t be complete with a cameo appearance from St. Nick, this year Santa will distribute toy- and candy-filled stockings to all children from the parking lot of the town’s Dollar General store.

“Santa will be drive-by only. People may drive through the lot and, depending upon how many children are in a car, the kids will be given that many stockings through the car window,” said Carpenter. “There will also be a decorated mailbox there, where kids can drop off their letters to Santa.”

A live nativity scene was originally planned as part of the celebration, but it has been canceled, according to Pastor Stephanie Bennett of Barrackville United Methodist Church.

“Folks can still tune to 95.1 FM between 6-8 p.m. to hear the Christmas story from the Bible,” Bennett said.

“Christmas in Our Town” will conclude, as it always does, with a fireworks presentation. But this year, in the spirit of social distancing, organizers are asking residents to watch the display from their homes or lawns.

“It’s working out. It’s going to be a nice Christmas celebration,” said Gump. “Barrackville is a town that’s very close. We all work together here, the young and the old.”

Carpenter said that while the pandemic has altered Barrackville’s traditional festivities, residents were not going to allow the virus to play’ The Grinch.’

“Just because there’s a pandemic, it doesn’t mean Christmas will be taken away from us. We can still show our holiday spirit in a safe way while doing something for the kids,” she said. “We’re going to get through this virus. We’re going to keep celebrating. We’re not going to let the virus steal Christmas.”

“Christmas in Our Town” kicks off at 5 p.m. with the lighting of the Town of Barrackville’s Christmas tree. There will be no public gathering or event. Street sign and house decorating contest winners will be notified at this time. From 5-9 p.m., there will be photo opportunities available at the covered bridge. From 6-8 p.m., Santa appears at Dollar General. And, at 8:15 p.m., the fireworks begin.