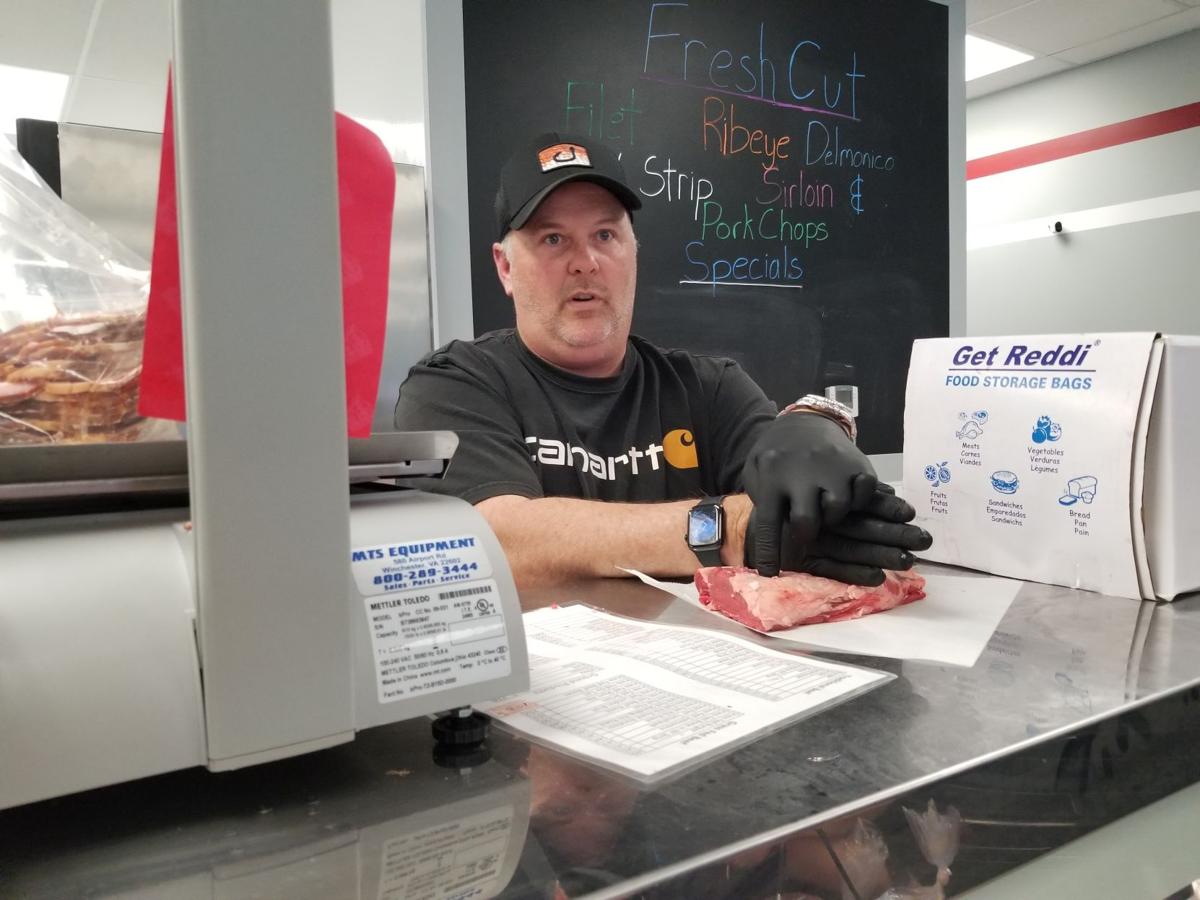 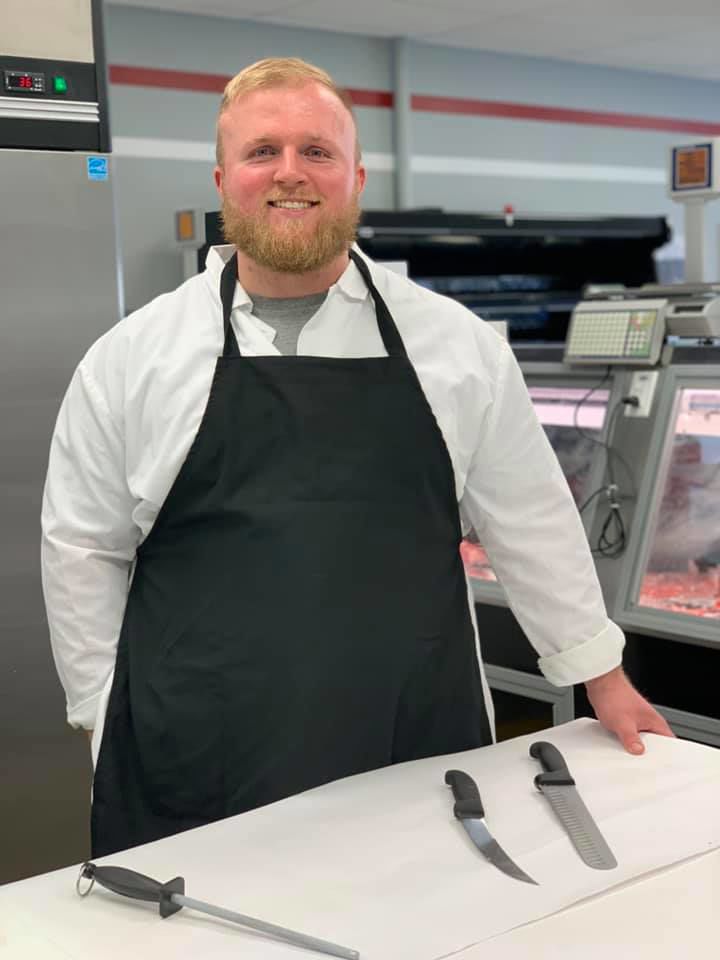 Jeff Bing is the meat cutter at Farm2Table Direct. 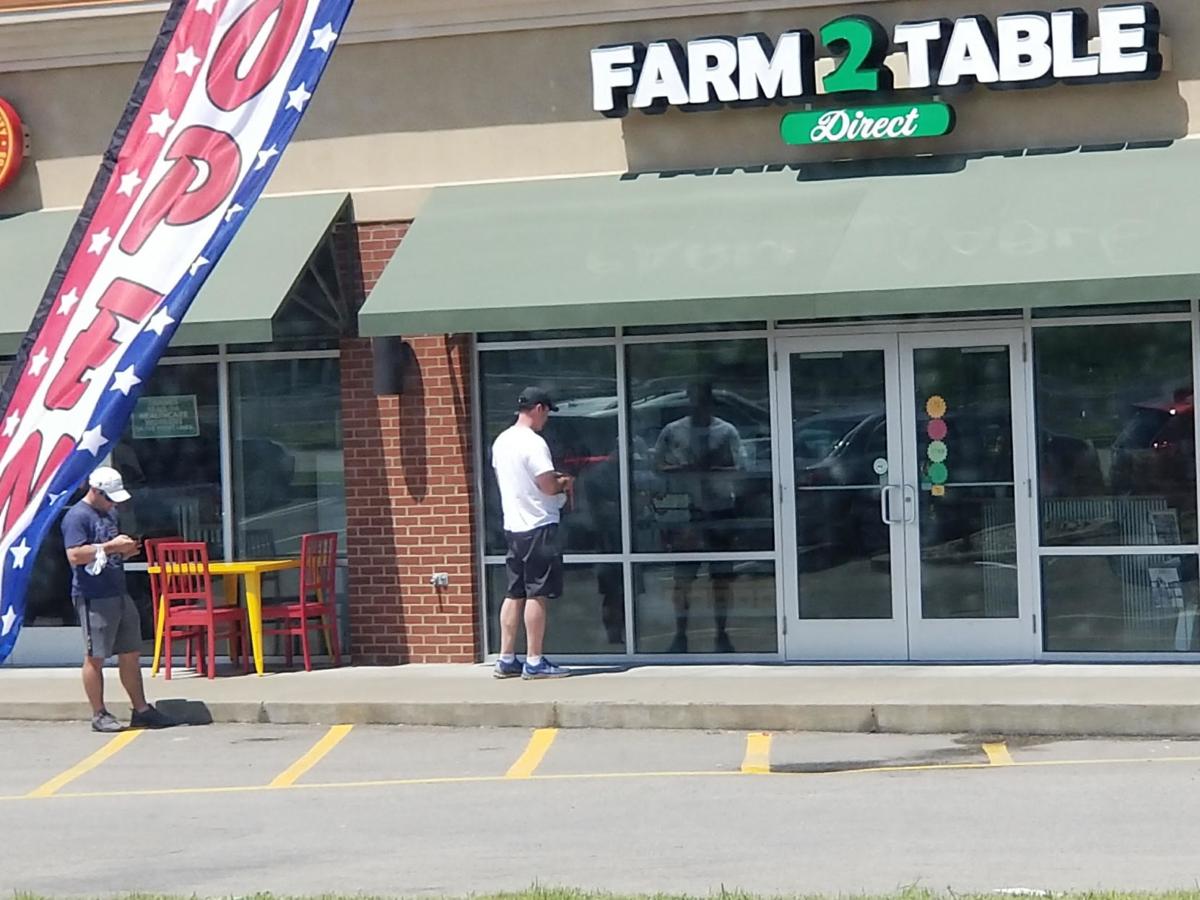 Farm2Table Direct opened in January and has remained open and thriving amid the COVID-19 pandemic.

Jeff Bing is the meat cutter at Farm2Table Direct.

Farm2Table Direct opened in January and has remained open and thriving amid the COVID-19 pandemic.

CHEAT LAKE — If ever there were concerns coronavirus shutdown and high beef prices would slow the burgeoning farm-to-table movement, the lines of shoppers around the building at the new Fort Pierpont complex in Cheat Lake this week might indicate the fresh, locally-grown movement is alive and well.

When Farm to Table Direct co-owners Tim Radcliff and his wife Traci announced on Facebook their business was running a sale on ground beef, word spread rapidly. Soon a line of six-feet-apart customers socially-distanced its way from the store’s entrance, down the sidewalk and around a corner. The store is limited to four customers inside at a time.

“Farm to table,” by definition, means a food item was raised or grown on a farm and is directly transferred to the dinner table without any middleman. No grocery store or food distributor is involved.

“The cows in the store today were, to use the politically-correct term, slaughtered on Monday,” said Radcliff.

Farm to table fare is often organic, all-natural produce, meat and dairy products that are grown locally. The movement is popular throughout the food industry, as diners today want to know more about where their food comes from.

One top advantage of practicing the farm to table approach is the quality and freshness of ingredients. Farms often deliver produce, meats and dairy products within hours of being prepared or harvested.

Consumers often feel more connected to their local community with farm-to-table, as speaking with proprietors or butchers they come to better understand how their food was raised, treated and prepared.

Gage Stump and Sean Vannatta are two such shoppers. They wait their turns upwards of four days each week outside Farm to Table Direct in order to purchase fresh local produce and meat.

“I like food that’s fresh and of good quality,” said Gage Stump of Romney, a salesman. “After a couple times, the butchers here know us and know what we like.”

“They run specials all the time,” said Vannatta, of Pittsburgh, a student at West Virginia University living in Morgantown.

“I stopped in here on Tuesday and they told us they were butchering 500 chickens. They said the chickens would be here today, so here I am,” he said.

Farm to table enterprises typically have a direct relationship with local farms instead of purchasing inventory from a supplier or food distributor. In the case of Farm to Table Direct, the company has agreements with several farms across West Virginia, western Maryland, and southwestern Pennsylvania.

All of which isn’t bad for a business that opened Jan. 1 and has contended with a pandemic and lockdown for much of its current existence. As a grocery store, it was deemed an essential business and never closed during the lockdown.

Radcliff said his real business is insurance, not groceries He owns a successful insurance company, Private Client Insurance, that insures professional athletes. It keeps him on the road more than 200 days every year, he said.

The insurance business, however, begat the farm-to-table business.

“My wife wanted to raise beef to at least know where our food came from, so we started with two cows,” said Radcliff. “So, we start mentioning to some of our athletes that we have a farm and we’re raising cattle. A lot of your NFL players, as they start to get a little bit older in the league, they want good meats without antibiotics and hormones because their body is their business.”

Radcliff bought a USDA-licensed butcher facility in Oakland, Maryland late last year and has several ongoing relationships with farmers across the tri-state region.

“Our cows are fed water and grass. That’s it,” he said. “That’s our only requirement. When we find a farmer who thinks like us, we add him.”

His retail outlet at Fort Pierpoint is a first, but he plans to open at least two other stores, he said, one in Bridgeport and another in Florida.

‘This isn’t some agribusiness out here to screw somebody to make as much as we can,” said Radcliff. “It’s about providing people with a consistent product on a day-in and day-out basis. And to do that, we need farmers raising cattle the same way they’ve always done. We want to go back, not forward. We want to raise cattle in the simplest way with the simplest ingredients.”