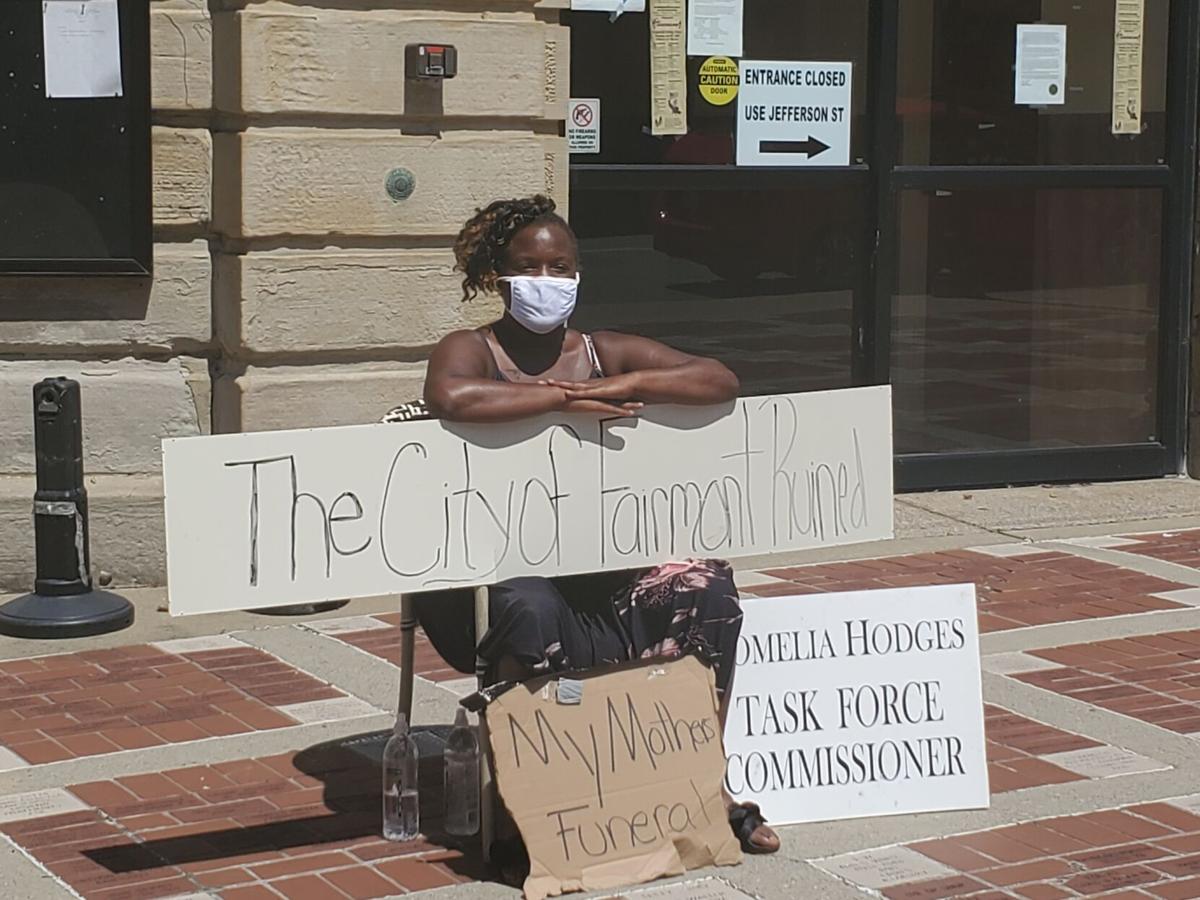 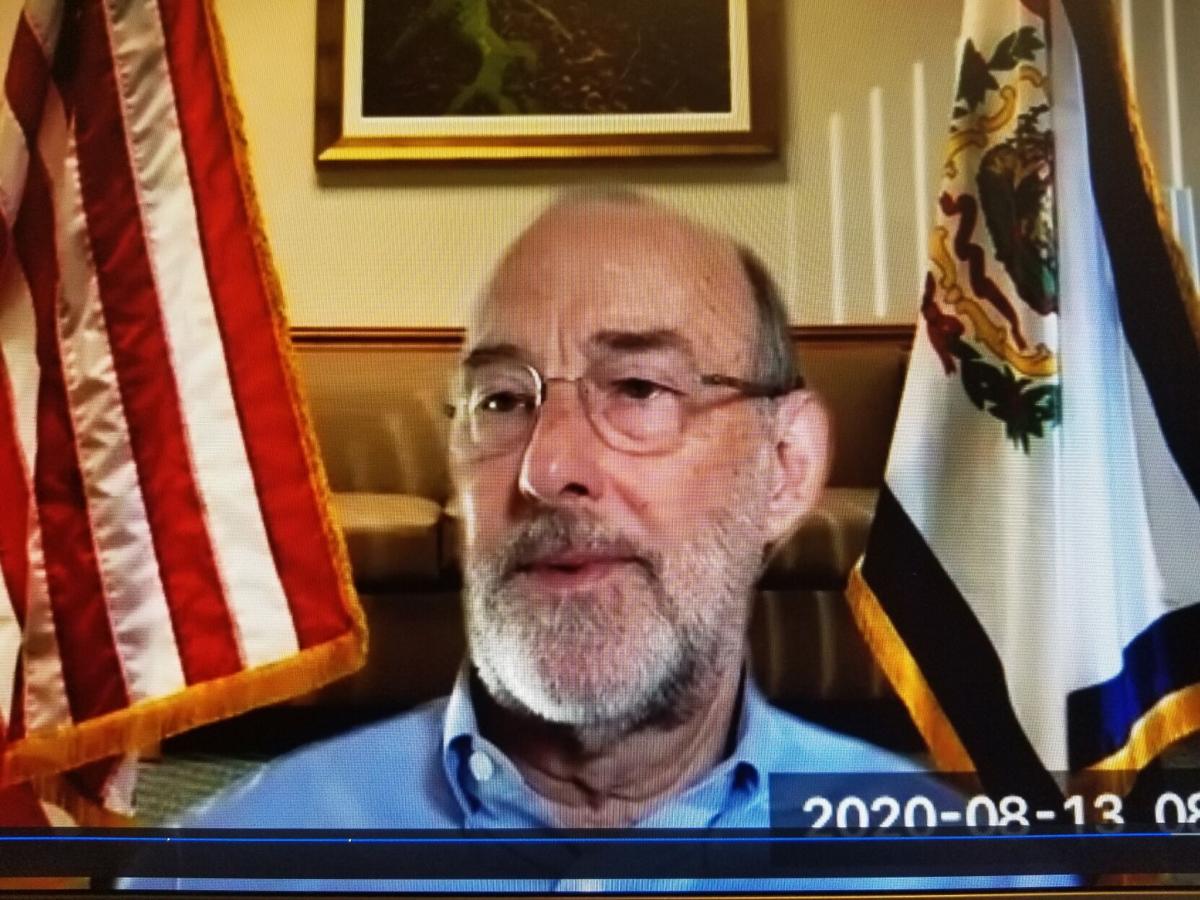 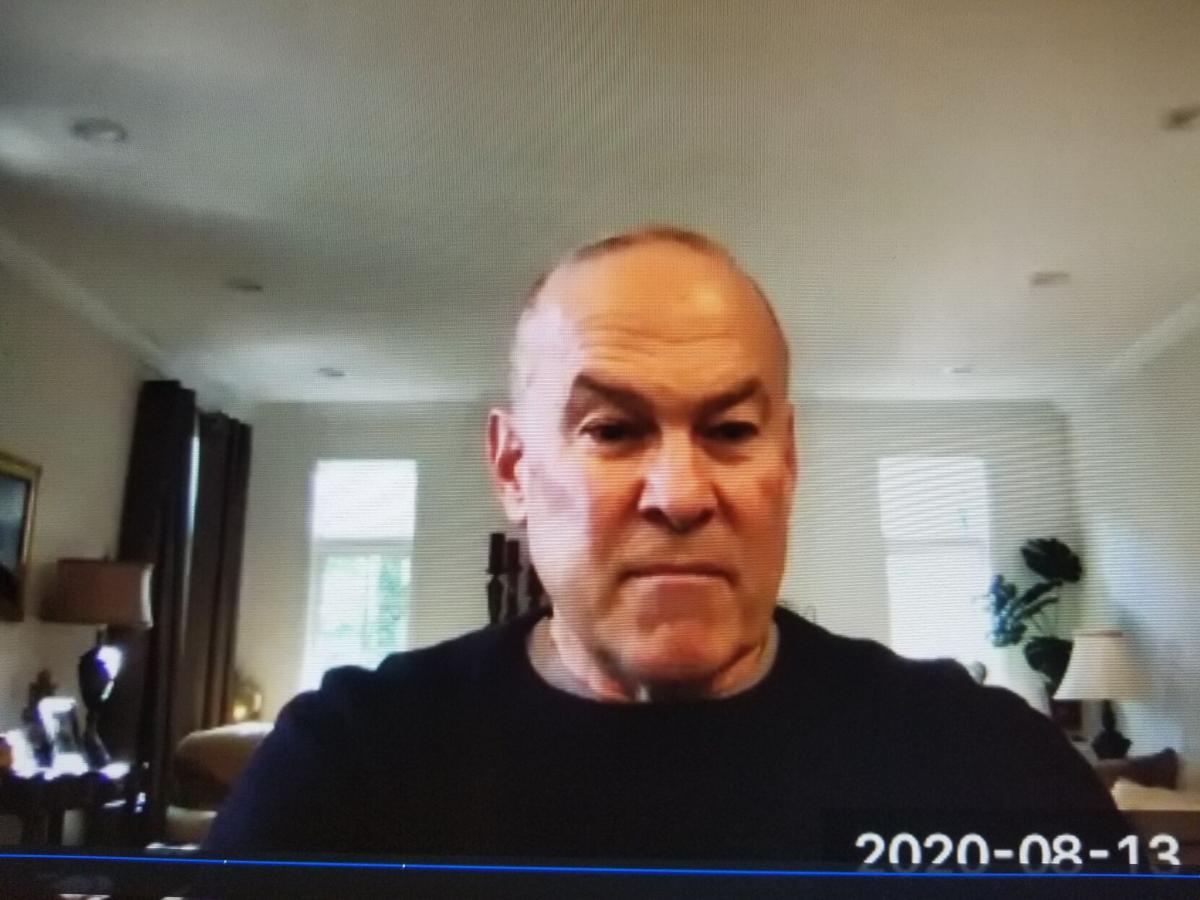 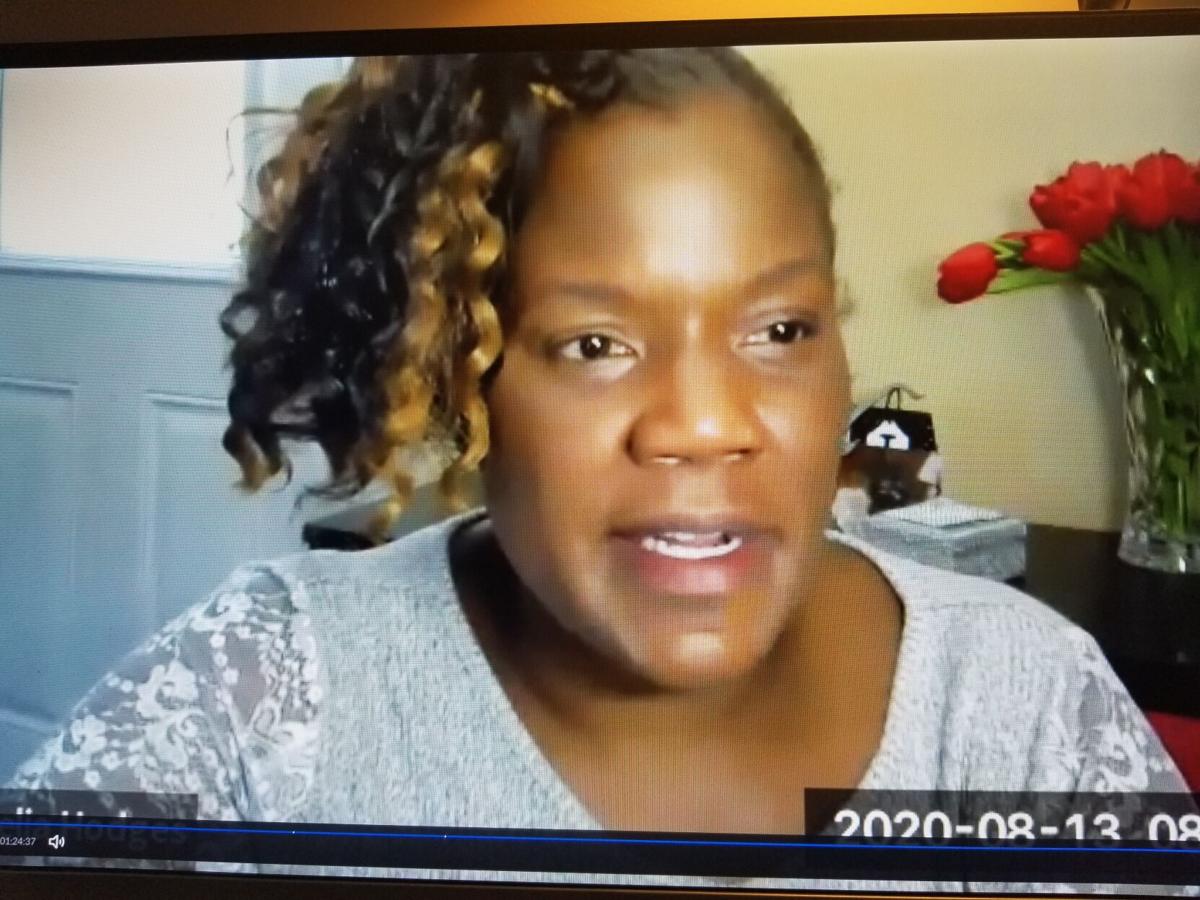 FAIRMONT — With her request denied to hold her mother’s memorial service at Windmill Park, Romelia Hodges skipped the grave side funeral on Thursday to instead protest the city’s decision outside the Marion County Courthouse.

Sansalone has repeatedly refused to comment on the decision. Means is absent from work this week on personal leave, according to her assistant.

Hodges, a commissioner with the COVID-19 West Virginia African-American Task Force, had planned a memorial service that would have followed all COVID-19 guidelines, she said, yet the request was denied less than a day before the service was set to begin.

On Thursday, two state leaders in the COVID-19 pandemic weighed-in on Sansalone and Means’ decision.

Clay Marsh, West Virginia University’s vice president for health sciences and the state’s coronavirus czar, said Hodges is a “very knowledgeable person” who’s “done everything completely by the book” and that she’s “done the right things.” Marsh said Hodges’ “thought process is completely correct” regarding holding a socially-distanced memorial service outside, “but anytime someone advances a new concept, there’s resistance.”

Marsh praised Hodges “for trying to be thoughtful about it. A new idea is always something that take a little while for everybody to embrace.”

Bill Crouch, Cabinet Secretary of the West Virginia Department of Health and Human Resources, had even stronger words regarding Sansalone and Means’ decision.

“No one should have to go through what you’re going through to bury your mother,” said Crouch. “It’s unconscionable.”

The cabinet secretary said all manner of events are being held outside and are permitted as long as COVID-19 protocols are followed.

“We have fairs. We have carnivals. We have wrestling matches. We have folks doing baptisms in front of courthouses on Saturday night with groups. There is every type of event out there that you can imagine people doing, so to say you can’t have a funeral for your mother outdoors…,” said Crouch, his voice trailing off.

“You’re doing this in the right way. You’re doing everything you should do. Your mother died and you’re looking at CDC guidelines to know how to proceed. That’s kind of stunning in itself,” Crouch said. “I just think this is terrible and I’m sorry you’re having to go through this.”

Hodges said this type of treatment by the City of Fairmont officials reeks of racism.

Hodges said the city officials’ actions will have a chilling effect on other citizens’ similar requests.

“Now people will see my example and say, ‘Well, if Romelia couldn’t get it done, then we’re going to have to go into this church and do it because the city’s not going to allow us to do it,’” Hodges said. “Because they were able to defeat this, they put fear in the hearts of African Americans or anybody who would want to do an outside funeral. That’s the part I’m angry about most.”

While her family was bidding farewell to Parks at the Evergreen cemetery, Hodges was protesting the city’s decision on an Adams Street sidewalk in 90-degree heat.

“I chose to be there in protest of the disparity and disgusting actions by the City of Fairmont in denying the availability of a space for my family to mourn my mother,” she said. “If this happened to me, a commissioner of the governor’s task force, I can only imagine what is happening to people who don’t know how to navigate the waters.”

Parks helped guide national civil rights policy during the 1970s and 1980s, which brought about societal changes including free school lunches, free textbooks, and clothing vouchers for low-income children. She was part of negotiations with Ayatollah Khomeini in Iran to help free American hostages, Hodges said.

“My mother was a fighter. It was never a convenient time for her to protest, either,” Hodges said. “She made sacrifices within our family in order for her presence to be elsewhere because she was interested in helping the larger community.”

Hodges said her decision to forego the funeral in order to make a public statement is simply a different way of honoring her mother.

“My family went to memorialize her in the traditional way. I chose a non-traditional way to remember my mother, to shine a light on her legacy,” Hodges said.

“Because they were able to defeat this, they put fear in the hearts of African Americans or anybody who would want to do an outside funeral. That’s the part I’m angry about most.”

Roy Darel Murray, 79 years old, died Monday, September 21, 2020, at his home on McFarland Run Road in the Hagans area of Monongalia County. Roy was born on September 19, 1941, at home on Beulah Road in the Dellslow area, son of the late Charles F. and Ola (Wolfe) Murray. He began his lifelon…

Stephen Mark Kennedy, 59, of Durham, NC, formerly of Weston, WV, passed away on July 24th, 2020 in Duke University Hospital of Durham, NC following a brief illness. He was born in Weston on March 14th, 1961: son of the late Fred Manley and Suzanne Crumit. Mr. Kennedy is survived by one broth…