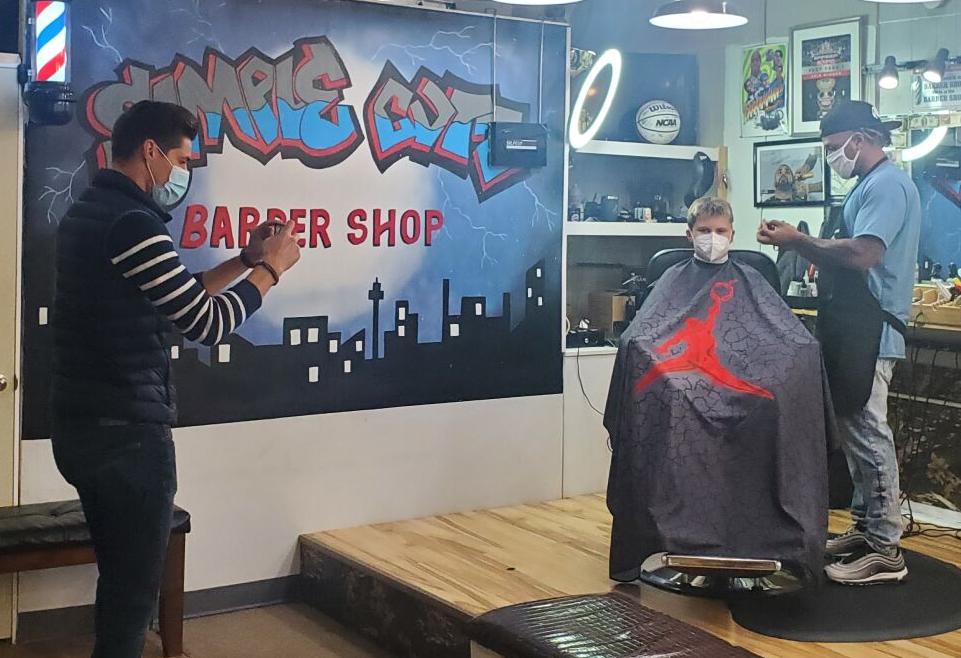 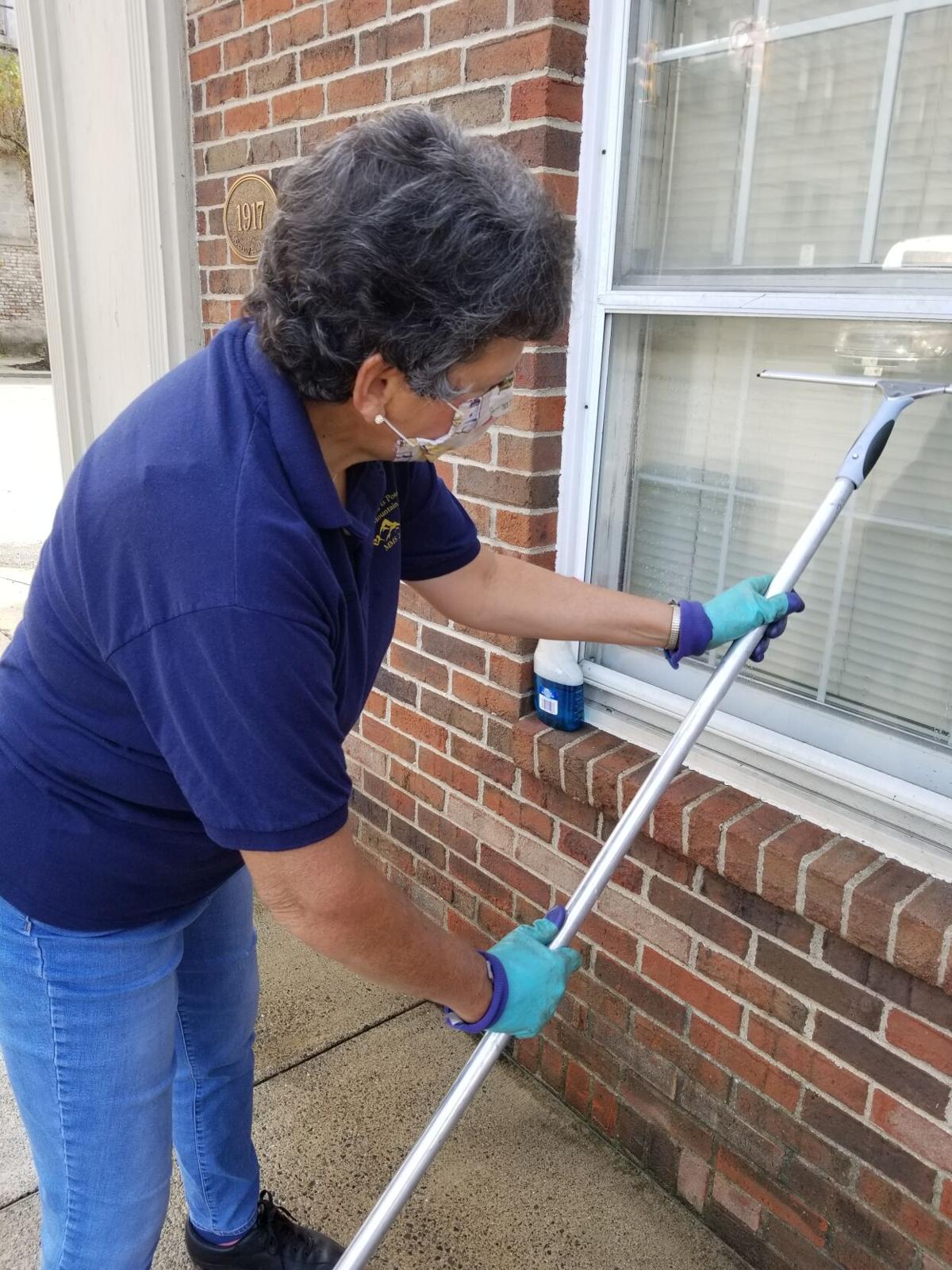 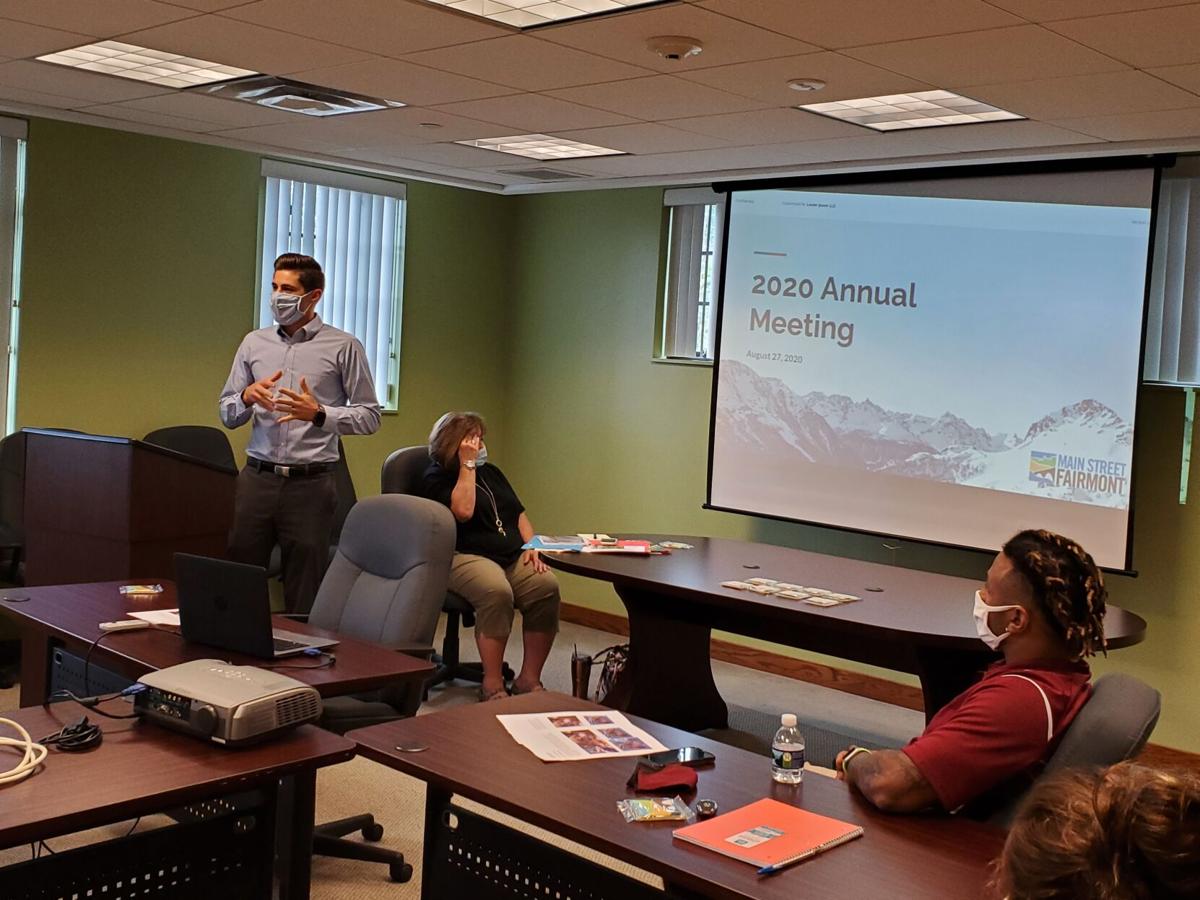 Main Street Fairmont Executive Director Tim Liebrecht gives his annual report to the board of directors during its August meeting.

Main Street Fairmont Executive Director Tim Liebrecht gives his annual report to the board of directors during its August meeting.

Month after month, social gatherings continued to be limited, putting a stop to several annual events hosted by Main Street, including First Fridays and the Feast of the Seven Fishes.

However, Liebrecht said the economic development nonprofit still had a year filled with successful initiatives and retooled events that managed to still reach many people in Fairmont and beyond.

Despite being limited in terms of allotted crowd sizes and group events, Main Street hosted several new programs in 2020 that Liebrecht said were popular with people throughout Marion County.

Brenda Giannis, now past president of the Main Street Board of Directors, said some of the new events like the Drive for 25 campaign and Hometown Saturdays were successful in part because they were planned with COVID-19 safety in mind. The Feast of the Seven Fishes, she said, was also successful thanks to it being a pickup event and having a televised cooking school.

In addition to modifying several in-person events in 2020, Liebrecht said Main Street focused on online campaigning to continue interest in the Friendly City. Throughout the year, he broadcast live through Main Street’s Facebook page videos of different businesses and organizations throughout the city, which he said garnered millions of views.

“Through social media, we have been able to reach half-a-million people last year in less than nine months,” Liebrecht said. “We have 5,000 likes on Facebook, so our message is really getting across the state and across the nation.”

Liebrecht said Main Street will carry out its 2021 action plan he developed and was later approved by the board of directors through both online broadcasts and potentially new events in the city.

He also said depending on the trajectory of the pandemic and group restrictions this year, Main Street may once again be able to hold its usual in-person events.

“You’ll see more hometown events, so you will see those come around springtime,” Liebrecht said. “You will see the Feast of the Seven Fishes come back this year, hopefully in full force.”

Seeing that 2020 was a difficult year to find success for many organizations and businesses, Giannis said she credits Liebrecht with being able to pull off new initiatives that have kept Main Street Fairmont chugging along in promoting economic development in the city.

“Since March when we got a new director, everything has been going pretty darn well considering COVID and everything,” Giannis said. “Tim has taken the bull by the horns. We have done a lot with social media and virtual things and it has been pretty successful.”

The board is also being restructured in 2021, with the officers selected in 2019 changing places as part of Main Street’s term limits. Giannis is stepping down as president, whereas now former Fairmont Mayor Brad Merrifield will step in as president. Giannis said Main Street has been reorganized in such a way that she believes will make it more efficient as an organization.

“We refocused in July and got everything together for our strategic planning,” Giannis said. “We are pretty well organized now, thank goodness, and then we spent a lot of time organizing our financing, our books.”

Merrifield said one of his goals as president will be to plan as many safe events as possible, so people can see the perks Fairmont has to offer.

“One of the things we want to do, at least in my opinion, is put together as many activities we can through Main Street,” Merrifield said. “What I want to do is identify what we have to offer as a city, and parlay that into activities.”

Merrifield also said Liebrecht has done a good job so far promoting Fairmont because he believes the city has a lot that is not being used to its full potential.

“We have the riverfront, great architecture, great cuisines, war heroes,” Merrifield said. “A lot of these things are things we don’t really collaborate and make them into as big a deal as we could.”

Business owners and members of the community have also praised Main Street in 2020 because of the efforts it has created throughout the year.

D.D. Meighen, a retired minister and co-founder of the Fairmont Homeless Coalition, said Main Street has been an ally to residents of the city and visitors because of its dedication to promote different opportunities.

“I think Tim Liebrecht has been able to see both sides since he has been involved with the Fairmont Arts and Antiques facility as well,” Meighen said. “I think this is going to continue in 2021 as well, because they are looking out for the best interests of all of Fairmont.”

Giannis said cleaning the city has been a big part of the organization’s mission in 2020, and Main Street has more initiatives planned to further improve the quality of life for residents.

“We’re just tickled to death with what we are doing right now,” Giannis said. “Our goals for this coming year are to continue our strategic planning, we want to do more with downtown cleaning up, fixing up, painting... so we are working with all the people involved in those buildings, so that is going to be our next thing.”

Liebrecht said the success of Main Street throughout 2020 is a testament to the people of Fairmont, who want to support the organization even when it has to change plans significantly.

“I think Fairmont has so much to offer and I am incredibly blessed to be able to be part of the team that has been able to facilitate us really shining a light on what we are doing,” Liebrecht said. “2020 was a very different and difficult year, but I think it showed the resilience of Fairmont, showed the resilience of Main Street and our team, and showed what partnerships can do.”

We’re getting ready to have a brainstorming session to put together a lot of our objectives this year,” Merrifield said.