Yolanda Hunter and her husband, Kenny Hunter, embrace in a hug. 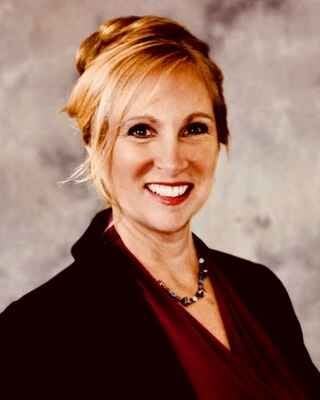 Yolanda Hunter and her husband, Kenny Hunter, embrace in a hug.

FAIRMONT — The Greek philosopher Aristotle is credited with coining the term “social animal” to describe the human desire to gather with others, as well as our inability to deal with isolation for long periods of time.

A couple thousand years later, a Carnegie Mellon University study suggested hugging another person has the ability to strengthen immune systems, making individuals less susceptible to viruses of all kinds.

For nearly eight months now, the world has social-distanced in attempt to curtail COVID-19. Hugs, handshakes and other physical forms of social support have been off the table since mid-March in an attempt to slow the virus’ spread.

But while necessary to limit the pandemic’s progress, human beings, as Aristotle noted, aren’t designed to deal with long-term isolation or a lack of physical contact. The absence of flesh-and-blood interaction, he recorded long ago, hinders the development of one’s personal identity and, subsequently, the exercise of reason.

In other words, the social distancing itself might be making us sick.

Yolanda Hunter is a Fairmont psychiatric mental health professional who owns and operates Solace Behavioral Healthcare Services. Hunter said humans are indeed driven by a need to interact with others.

“Our desire to be social is a trait shared by other species, such as dolphins or wolf packs, which also live in social connectedness. But as humans, we’re also significantly different,” Hunter said. “There’s an area of the human brain where the self is identified and MRIs have shown it lights up when we’re connected to another person, such as when we receive a touch or a compliment.”

Hunter pointed to studies that have shown when a person is denied any form of human contact, the individual’s health can deteriorate rapidly, even to the point of death.

“Connection is vitally important. It plays a role in nearly every aspect of our health,” she said. “Older people in particular, who may be suffering from isolation and loneliness, are particularly vulnerable.”

Prolonged social segregation as a result of conscientiously reduced interactivity with others, especially among citizens who live alone or do not possess an adequate network of family and friends with whom to regularly visit in-person, can lead to several health issues, according to Hunter.

“Loneliness plays a role in one’s ability to recover. That’s why hospitals have volunteers who go in and sit with patients who don’t have family,” Hunter said. “Just having something present makes a difference. As this pandemic continues, I believe healthcare officials are going to need to rethink how they structure things because people need human contact to stay safe or get better.”

Secluding oneself for a sustained period of time has been linked to a lowered immune system, cognitive decline, depression, the development of mental health disorders, an increased risk of cardiovascular disease and even death.

“Human contact is a very basic part of us. It’s one of the reasons my office has continued face-to-face visits while employing the CDC guidelines,” Hunter said. “People need it.”

According to a recent study reported in the Lancet medical journal, periods of isolation as little as even 10 days can have long-term psychiatric effects which last up to three years later.

The study noted these consequences are the direct result of a lack of physical interaction with other people, driven largely by the protracted isolation that’s been mandated in order to combat the coronavirus.

These mental health consequences attributable to COVID-19 will likely outlive the current pandemic, according to the study. And without an effective vaccine, social distancing brought on by COVID-19 isn’t going away anytime soon.

As a result, Hunter recommends seeking out ways to remain connected with loved ones of all ages as we ride out the pandemic.

“I would encourage people to find ways to interact. As humans, we can adapt to many situations,” she said. “We can utilize communication technology more. We can go back to playing board games like my family did last week. We can cook a meal together. We can limit the amount of negative social media we scroll through on our phones.”

Lisa Robb is a Marion County native and a practicing psychologist at Northern Counseling Services in Pittsburgh. Robb, who works with individuals struggling with anxiety, depression and grief, said the COVID-19 pandemic has exacerbated issues among her clients.

“I’ve seen mental and physical health conditions that have deteriorated in the past few months due to social distancing. There seems to be an increase in anxiety, depression, poor sleep quality and physical inactivity,” Robb said. “Frequent social interaction supports good mental health, but many people simply aren’t able to visit with loved ones during the COVID crisis.”

“When we’re touched in a positive way, it triggers a cascade of events in the brain. One of the actions is the release of a neurochemical called oxytocin, which lowers stress and improves immunity,” she said. “Touch is a basic language of human connection and its deprivation can adversely affect people both psychologically and physically.”

The pandemic has demonstrated how important social contact is in our lives, Robb said.

Nearly every aspect of life has changed in order to create social distance, including efforts at remote working, online education, telemedicine, and attendance restrictions on, if not the outright cancellations of, sporting events, entertainment venues, worship services and much more.

“Something as small as a friendly, loving touch, such as hugging your children or embracing a dear friend, calms a person,” Robb said. “From sleeping well to helping you empathize better to fighting a cold, a little hug goes a long, long way.”