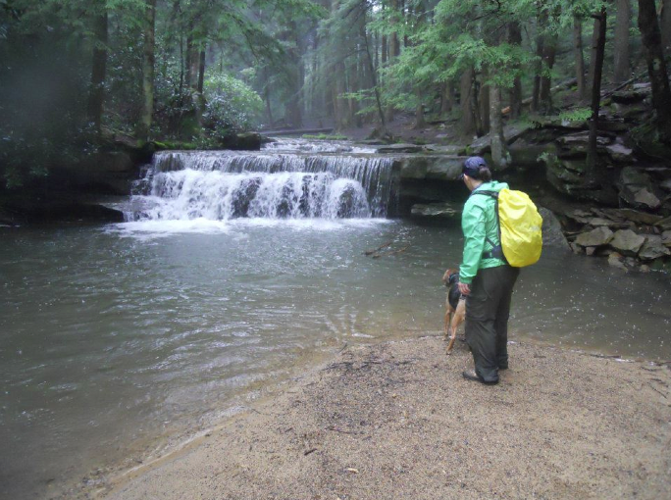 Allison Hetrick stands with her dog Scout after hiking to a waterfall at Swallow Falls. 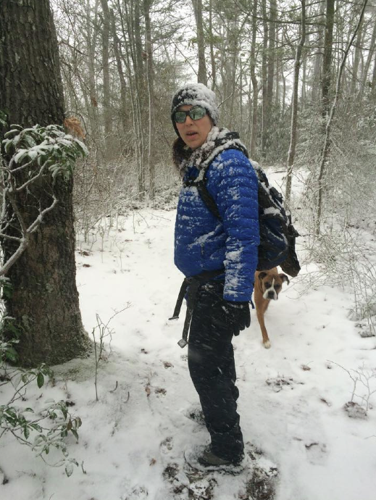 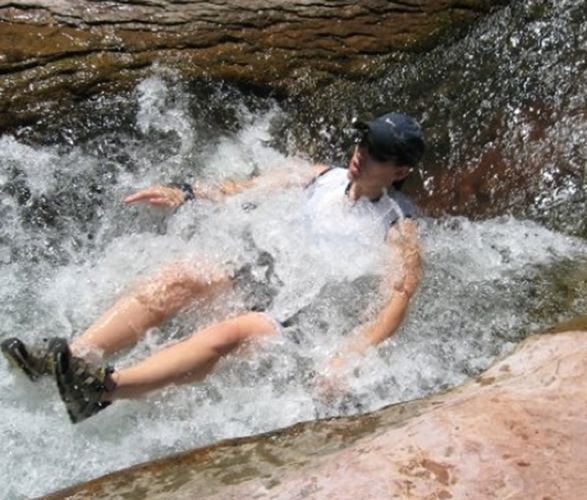 Allison Hetrick stands with her dog Scout after hiking to a waterfall at Swallow Falls.

MORGANTOWN — No matter the conditions outside, Morgantown resident Allison Hetrick is not phased by them.

The rain, snow, sleet and cold don’t stop her from going on an adventure outside.

Her passion for the outdoors stems from her childhood. Hetrick said when she was younger, her family would walk everywhere.

“I actually used to hate it when I was a kid,” she said.

But then Hetrick’s father introduced her to hiking, and she became hooked on the sport. Hetrick was 12 years old when her father started taking her to parks on weekends.

“Hiking was one of the things we did,” she said. “We did a lot of backpacking, camping and spelunking.”

Hetrick now lives in Morgantown but is originally from Pennsylvania. While growing up, she said they would take trips around the area like Cooks Forest.

She said her family didn’t get into more difficult hikes untill she was older. Hetrick said her family would take road trips out the to western part of the U.S. and visit bigger parks there.

When she attended college, Hetrick didn’t have much time to spend outside and was also living in Cincinnati, Ohio. But she found a way to get out.

“I spent as much time as I could trying to get out of the city,” she said. “That’s when I got into mountain biking.”

Hetrick said she then came to West Virginia University and spent around 12 years as an athletic trainer for sports like gymnastics and women’s basketball.

When she was an athletic trainer, Hetrick worked long hours in the fall, winter and spring. As summer rolled around during those years, she would get excited to spend time outdoors.

“In the summer I was able to spend a lot of time hiking and camping and doing stuff like that,” Hetrick said. “That’s probably when I really got into recreational sports, when I moved to Morgantown.”

Hetrick said she would spend her a lot of her weekends, when she got them off, at Coopers Rock State Forest.

Hetrick is now teaching classes at WVU and said she can spend a lot more time, with her current schedule, outside. Now that she has the time, every Sunday, no matter the weather, she and her dog Scout head out to Coopers Rock.

“I always tried to do it once a week, but my previous work schedule impacted that,” she said. “Just this year, I have started going every Sunday.”

In the past couple weeks, the weather has brought several inches of snow to the area along with very cold temperatures. Hetrick said these conditions haven’t stopped her from her Sunday hikes.

She said going on a day where the weather isn’t the best means no one else will be there.

Hetrick doesn’t just hike in the area. She said when she takes vacations she always plans to go somewhere that provides a some kind of outdoor experience.

Hetrick has hiked bigger parks including the Grand Canyon three times. She has also hiked at Zion State Park.

Hiking for Hetrick allows her to clear her mind and enjoy her surroundings. She said if she does go hiking alone, she usually listens to music or a Podcast.

“If someone comes with me, it’s easy to hold a conversation,” Hetrick said.

Hetrick said living in North Central West Virginia allows her to enjoy her surroundings. She said by living here, she embraces what the landscapes have to offer and takes advantage of the recreational activities.