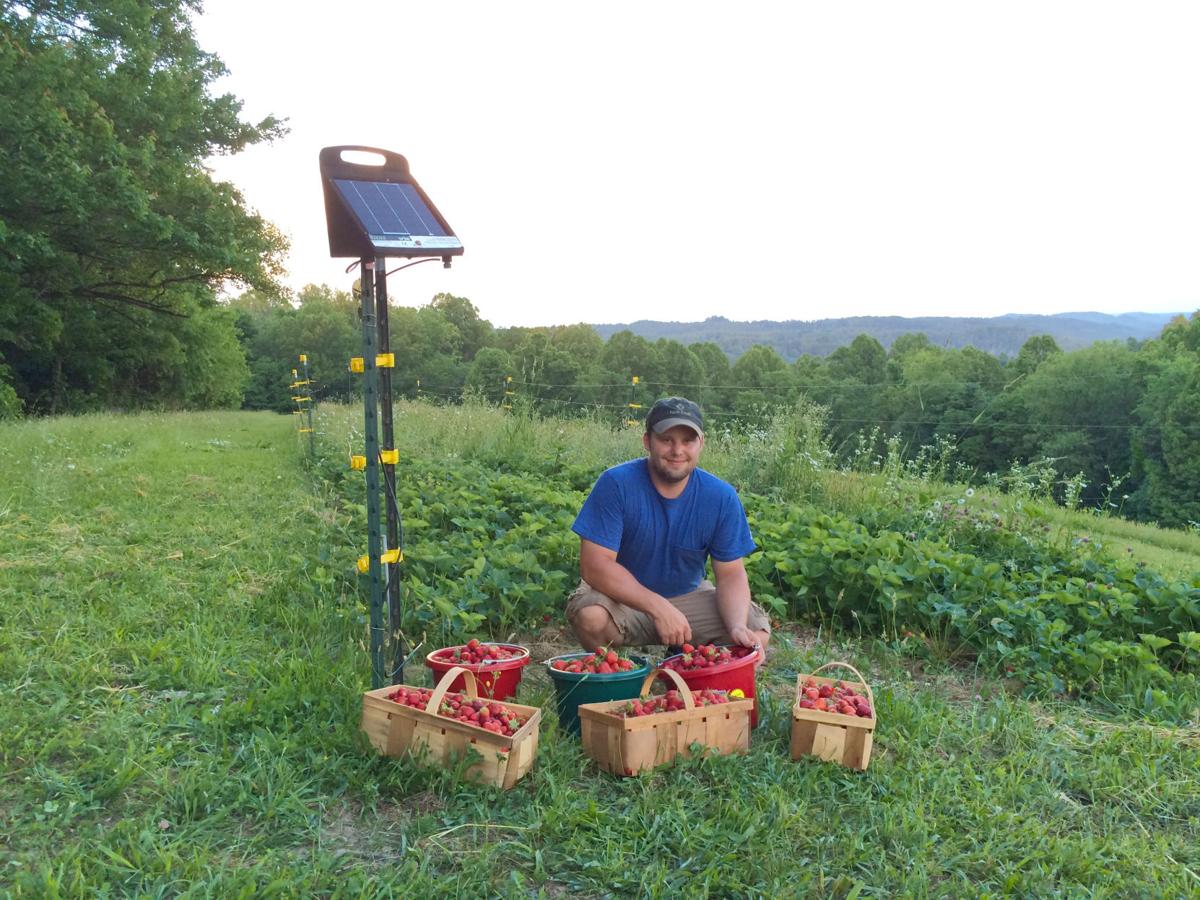 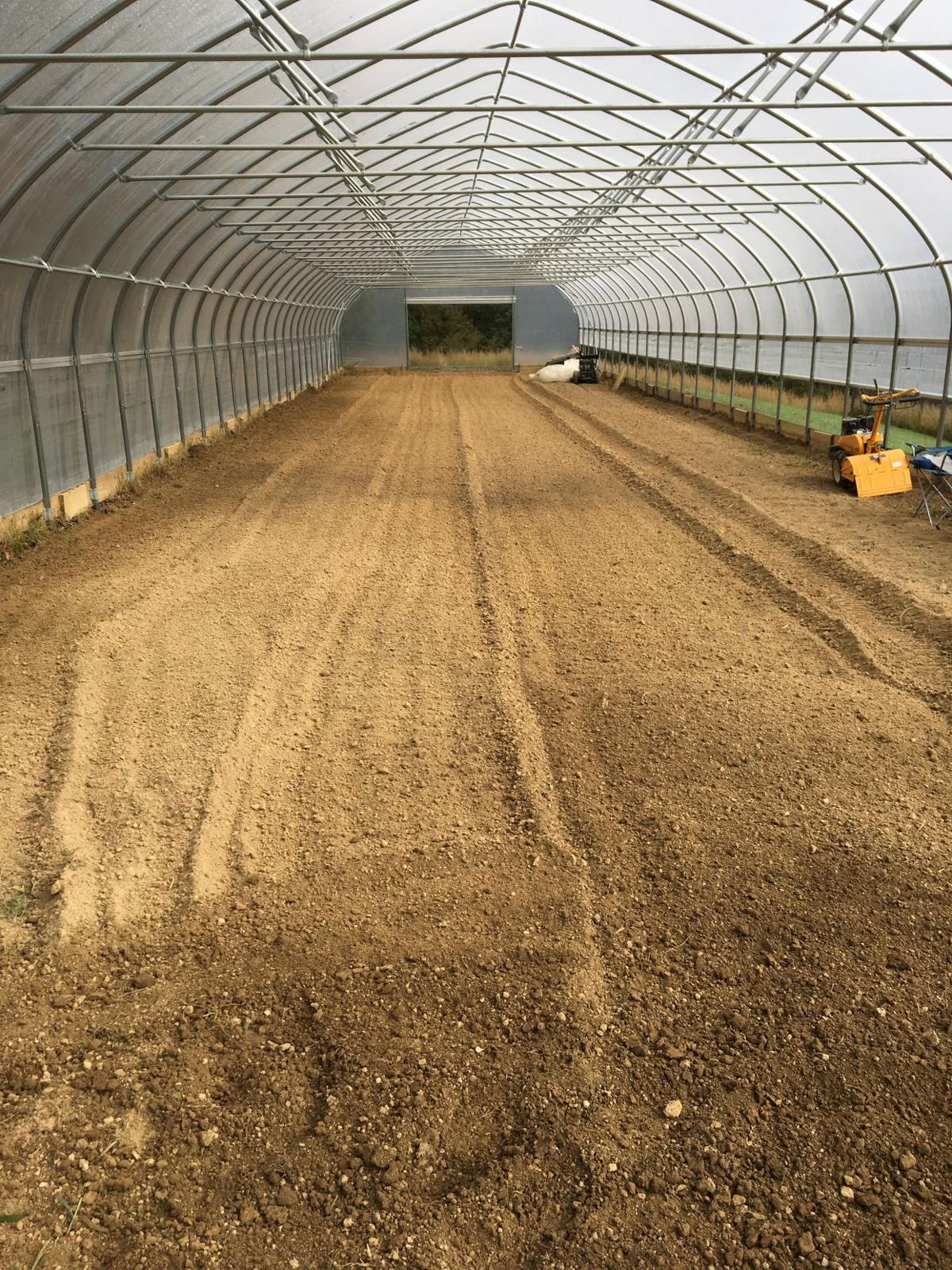 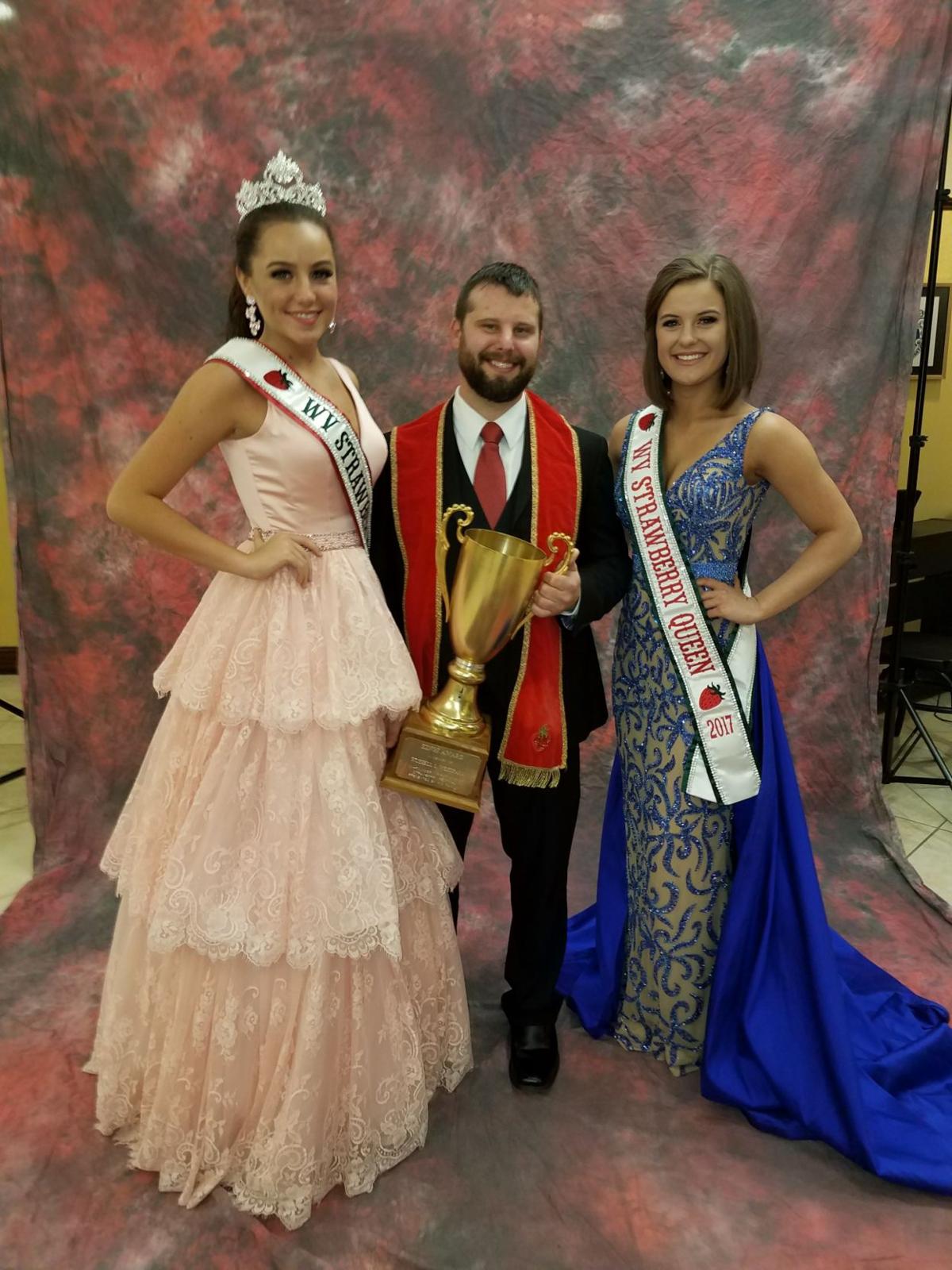 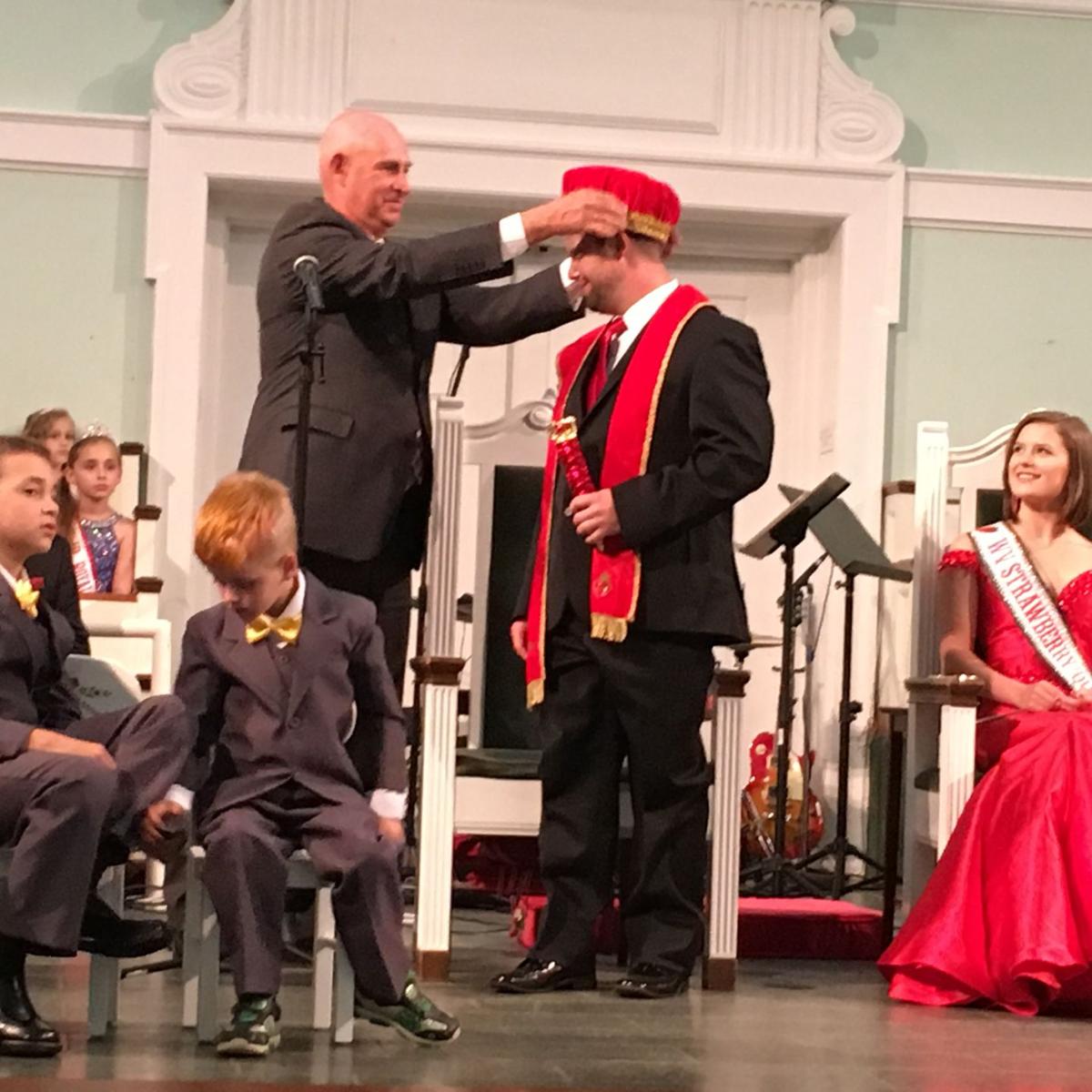 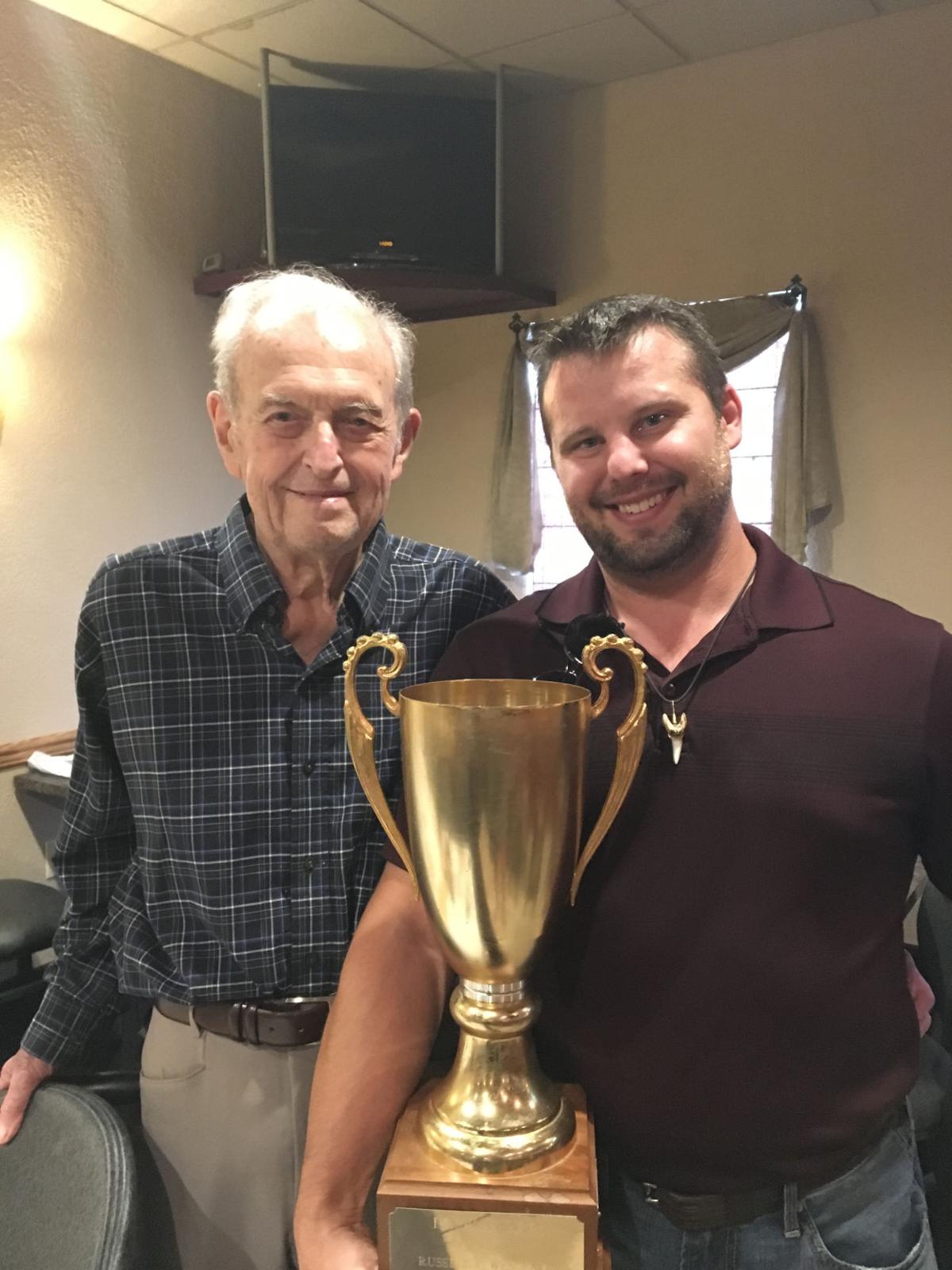 Little boys who play in the dirt usually move on to other pursuits, but for one Mannington resident, playing in the dirt has led to a place of advocacy and statewide notoriety.

For the third year in a row, Joseph D. Robinson, 36, will be coronated king as part of the 78th West Virginia Strawberry Festival May 15 on the campus of West Virginia Wesleyan College in Buckhannon. He will be joined in the coronation ceremony by queen-elect Cassidy Myers, a freshman at West Virginia University.

“I’ve been gardening since I was 5. I’ve had a greenhouse business. I’ve had a landscape business. So it’s kind of in my blood to do it,” Robinson said.

Robinson runs and owns the 114-acre farming enterprise, Robinson Ridge LLC, with his father and brother, and is the driver of their strawberry business. They also have a Christmas tree business.

It’s all rooted in his childhood where he recalls loving memories of gardening with both his grandfathers — one in Lost Creek, West Virginia and the other in Newton Falls, Ohio.

“I was just always kind of industrious and seeing them produce something, I just wanted to do my own,” Robinson said.

“The first year was definitely an eye-opener because I saw all of the work that goes into making the festival happen,” Robinson said. “In successive years, I’ve gotten to know the farmers better and focus on just promoting the festival itself.”

He said the first year he was named king, in 2017, the festival’s theme was “Making Memories,” which also has a sentimental meaning in the Robinson family.

“That was a saying my grandma would always use, that was a quote she’d say when she made the strawberry shortcakes, and basically anytime we had the family together,” Robinson said.

And no one can hold a strawberry festival without having strawberry shortcake. So, Robinson proudly keeps secret his grandmother’s recipe each time he bakes up new memories.

“I love making homemade strawberry shortcake, so the crust in that is all homemade. My grandma would make those and then she passed it down to us to do it,” Robinson said.

In the recent winter months, Robinson has been nurturing 500 Honeoye strawberries in what’s called a hot tunnel, essentially a large greenhouse that has a controlled temperature.

He also has another 500 plants growing in a field in the ridge called June bearing strawberries.

“Most people eat the June bearing ones. June bearing just have one fruiting, basically in the spring. Most people grow them because you get your fruit and you’re done with them,” Robinson said.

June bearing strawberries go into dormancy in the fall and in the spring they return and produce fruit. And because he loves plants and strawberries, Robinson is familiar with what other West Virginia strawberry farmers are planting. For example, the day neutral strawberry is also popular.

“When they grow in the spring, they fruit all summer long, but they are smaller, typically. They’re pretty similar in taste. And similar to the day neutral is the wild strawberry or alpine strawberry.”

A civil engineer by day in Bridgeport, Robinson’s father Joe Robinson, 63, still believes his son likes “playing in the dirt more than he likes being a civil engineer.”

“When he was 8, 9, 10-years-old, he had his own plants,” Joe said. “When he was a teenager, he built his own greenhouse and when he was an FFA member, he ran the school greenhouse.”

The Clarksburg native didn’t grow up on a farm but was drawn to produce plants. His father said Joseph’s plants were so good, he would sell them to his co-workers at his job at a local hospital.

“He grew peppers one time that were so hot, you couldn’t touch them without putting gloves on they’d burn you so bad,” Joe said. “He grew the stuff for the love of farming and growing.”

Joseph said most of the strawberry farmers who take part in the festival come from the southern part of West Virginia because many farmers in the North Central area stopped growing them years ago.

“When I was growing up, me and my dad would go to the local farms and pick strawberries here in Harrison County. And then, as I grew up, some of those farms stopped doing it,” Joseph said.

Along with being proud of his son’s work as a strawberry ambassador, Joe Robinson credits Joseph’s love of growing plants with keeping him on the straight and narrow as a kid.

“It’s important for young people to do stuff like this,” Joe said. “I always knew if he was out there playing in the dirt, he wasn’t getting into trouble anywhere else.”