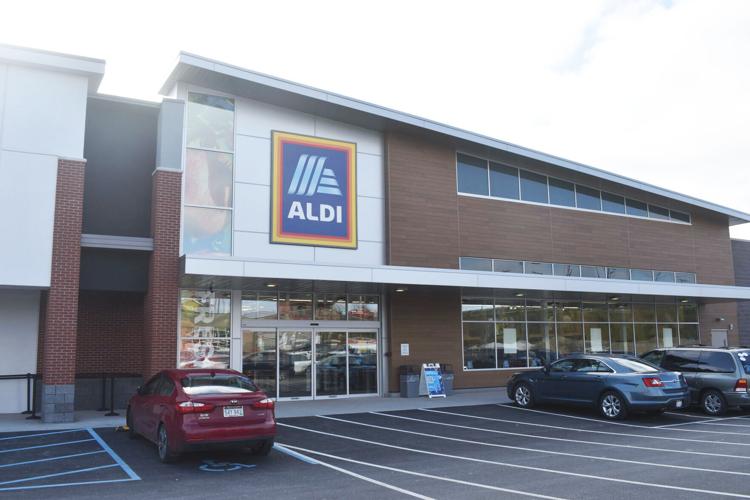 The front facade of Aldi’s newest location in the Middletown Commons. 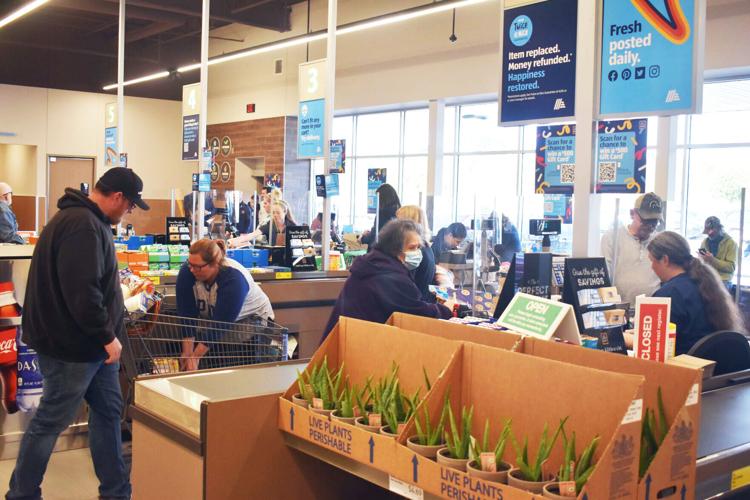 The new Aldi store at Middletown Commons was bustling Thursday morning after the ribbon cutting was held outside. 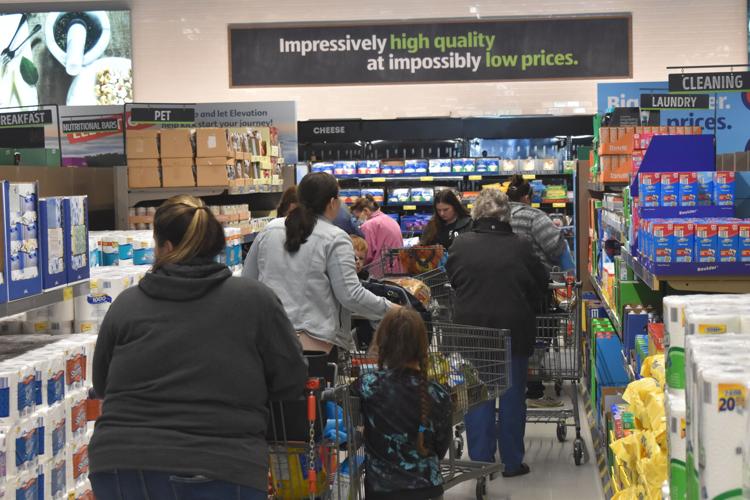 Many of the aisles were full of shoppers in Aldi Thursday morning after its first day open following the ribbon cutting.

The front facade of Aldi’s newest location in the Middletown Commons.

The new Aldi store at Middletown Commons was bustling Thursday morning after the ribbon cutting was held outside.

Many of the aisles were full of shoppers in Aldi Thursday morning after its first day open following the ribbon cutting.

WHITE HALL — The Middletown Commons welcomed one of its most anticipated guests this week.

Aldi Grocery Stores, which originated in Germany, held its grand opening Thursday morning for its newest West Virginia location in the Middletown Commons. With a ribbon cutting in front of the newly-refurbished storefront, the store’s staff welcomed a line of shoppers waiting to get inside.

Settled in the north end of the plaza, the new grocery store took over the space that previously housed Price Cutter and several other small-scale grocers. However, the space was totally gutted and rebuilt to fit Aldi’s needs.

The staff and representatives from Adli were not able to answer questions Thursday morning, but White Hall representatives joined for the ribbon cutting and were excited to welcome the new business to the area.

“It shows that we have a great business climate here in White Hall and that the plans between the town and the developers are coming together,” White Hall Mayor John Michael said. “People like alternatives and people like competition and hopefully that drives down the prices.”

Aldi officials tout the fact that their stores do not offer such perks as in-store music, WiFi and bagging clerks, aspects they use to save money and keep prices lower. Customers are also asked to return their shopping cart, another way the chain keeps costs down by not having staff use company time to chase down carts in parking lots.

White Hall Town Coordinator Cindy Stover also attended the opening and agreed with Michael saying the Commons is really shaping up to be “a beautiful location.”

This week, workers finished opening the second entrance to the plaza, turning the Walmart intersection into a four-way. Paving and road painting are ongoing and landscaping and other aesthetics are being added.

“We’re seeing a lot of things that the community actually needs, and it gives folks a new place to do their shopping,” Stover said. “We’re very pleased to see the new stores and the progress that’s going on. It’s so nice to see the old mall be revitalized and being used.”

Aldi will serve as one of several anchor stores — big names that are used to attract shoppers and rope them into the other stores in the plaza. Since the revitalization project began in 2018, the Commons has added new businesses large and small and rehoused the businesses that were located in the area already.

El Rey and Subway were given newly renovated locations and regional businesses like Pet Works and Mon Health have moved into the area. But a big name like Aldi plays a special role.

David Biafora, co-owner of General Acquisitions LLC and one of the brains behind the transformation of the former Middletown Mall said he is excited to see this piece of the puzzle fall into place.

“All class-A shopping centers need a food anchor and having that is fantastic for Fairmont and for the area, for both residents and businesses,” Biafora said. “We’re just getting a great mix of what Fairmont deserves and needs.”

Other big names like Michael’s Crafts, and Apple Annie’s are due to move in this year and Biafora reports business is going well for larger stores that are already settled in like Aaron’s Furniture, Ace Hardware and Dollar General.

The developers are negotiating with several other chains. Reports say that Biafora has mentioned Chick-fil-a, Chipotle and Starbucks as possible additions. Around 45 percent of the property has been leased, with a goal of around 60 percent by June.

“We couldn’t be happier, and we appreciate the cooperation and the patience of everybody in the area,” Biafora said. “Us developers are never happy with time, we want to snap our fingers and have everything together over night. But this has been a heck of a redevelopment.”