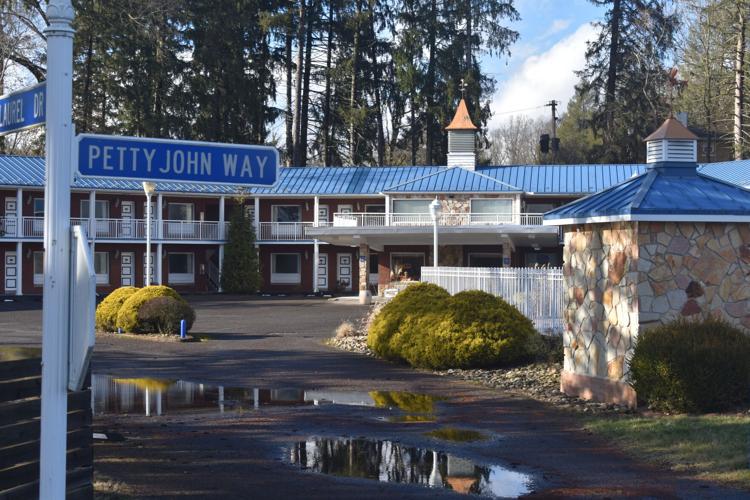 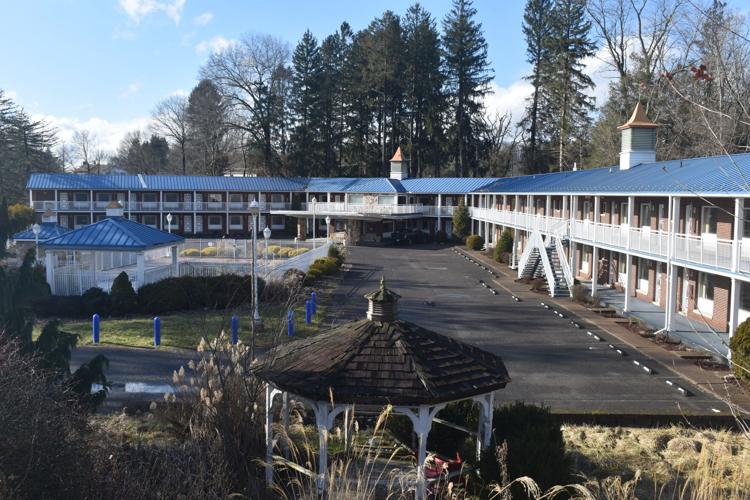 The former Inn at Pettyjohn located at 1117 Fairmont Ave. is slated to reopen in March as a Motel 6.

The former Inn at Pettyjohn located at 1117 Fairmont Ave. is slated to reopen in March as a Motel 6.

FAIRMONT — An icon of Fairmont Avenue will soon receive a new life.

It’s hard to miss the striking blue roof just down the hill from The Poky Dot. The building formerly known as The Inn at Pettyjohn is a standout when driving down Fairmont Avenue.

Since 2017, the property has sat shuttered and dormant after a kerfuffle between the previous owners led to its doors closing. For the last several years, Fairmont residents feared Pettyjohn may succumb to the same fate as other empty buildings on Fairmont Avenue.

“It appears that Fairmont has lost 20 percent of its historical buildings. If you look at Fairmont Avenue today compared to 10 years ago, it looks vastly different,” Fairmont City Planner Shae Strait said. “This is one building though that we’re able to save.”

In December 2022, the deed to the former Pettyjohn changed hands from Freedom Bank to the Martinsburg-based company Santosh LLC.

Santosh is owned by Sanjeev Sharma who has a successful track record redeveloping similar motel projects around West Virginia. His last project was a small motel in Winchester, W.Va., but he was looking to step into a bigger property.

In January, Sharma was approved by the Fairmont Planning Commission to reopen the Pettyjohn as a Motel 6. There are minor repairs and renovations that need to be made, but Sharma said the goal is to reopen the 48-room motel by March 1 of this year.

“I got a call from the real estate broker to come take a look [at the Pettyjohn] and as soon as I walked through some rooms I knew it was a good investment,” Sharma said. “I contacted G6 [Hospitality] and they had someone come take a look and thought the property was fantastic.”

After the walkthrough G6 Hospitality, owner of Motel 6, got on board and agreed to put their name on the property.

Sharma was frank and said he was surprised this hadn’t happened sooner considering the property’s condition and location. So far, he estimates he’s invested around $250,000 into the property with more to do, but he considers it worth every penny.

Strait does too, and is glad to see investors from outside Fairmont seeing the value of the real estate in the area.

Strait also said that Fairmont is in need of more quality lodging options near Fairmont State University and downtown. Currently there are two other motels nearby — one on Fairmont Avenue and one on Country Club Road — but neither of them carry a recognizable name like Motel 6.

Other than those options, other temporary lodging is all located outside city limits.

“There’s a need in Fairmont for all kinds of lodging right now. If you were coming here to visit someone at the university or the hospital, you’d typically have to find that lodging outside city limits,” Strait said. “Hopefully this will help fill that need.”

And Sharma hopes so too.

Most of the Pettyjohn’s 70,000 square-feet of space are turn-key ready for guests as it was renovated as recently as 2008, but there are plenty of quality improvements that Sharma is implementing to take the facility to the next level.

He hopes the effort will be evident when the facility opens its doors to its first guests.

“We’re holding ourselves to a grand standard. This isn’t going to be a cheap motel,” Sharma said. “We’re hoping to keep this as a nice, clean place to stay.”