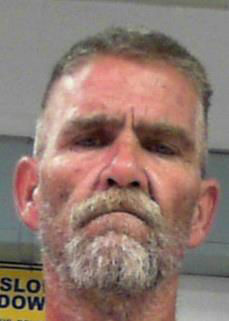 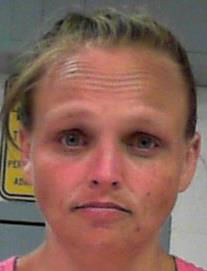 FAIRMONT – Five children, including one two-and-a-half month old that tested positive for methamphetamine, have been removed from their home as part of a drug-related neglect investigation.

Fairmont Police arrested Lynette E. Ellis, 31, and Bryan W. Nielsen, 58, both of 403 Walnut Ave., Apt. 3, Fairmont, and booked them into the North Central Regional Jail on Sept. 27. They both face five counts each of child neglect creating risk of injury, one for each child in the household.

Ellis was also charged with one count of child neglect resulting in injury due to the infant being born with meth in his bloodstream.

Police became involved on Aug. 1 when Child Protective Services asked an officer to accompany them on a welfare check at the Ellis home.

juvenile’s well-being. The apartment’s running water was turned off for an extended period of time, believed to be about a month,” states the criminal complaint.

Police found drug paraphernalia within reach of all of the children, of which three are Nielsen’s biological children. In July, Ellis gave birth to a sith chid that was born with methamphetamine in its blood system.

“One of the juveniles showed scabs on his lower legs. When officers asked what caused these injuries the juvenile stated that he was bit by bugs that were observed in the apartment,” states the complaint.

The officer said the child said he itched and continued to scratch his injured leg.

“The residence living conditions were poor and unlivable and since the incident has been condemned by the city of Fairmont. The bathroom of the residence contained buckets that were filled with fecal waste,” states the complaint.

Police said piles of dirty dishes was cleared through the piles of debris on the floors.

“There were piles of dirty dishes with flies and other insects in the kitchen area,” the complaint states.

Nielsen has booked out of jail, while Ellis remains held in the North Central Regional Jail.