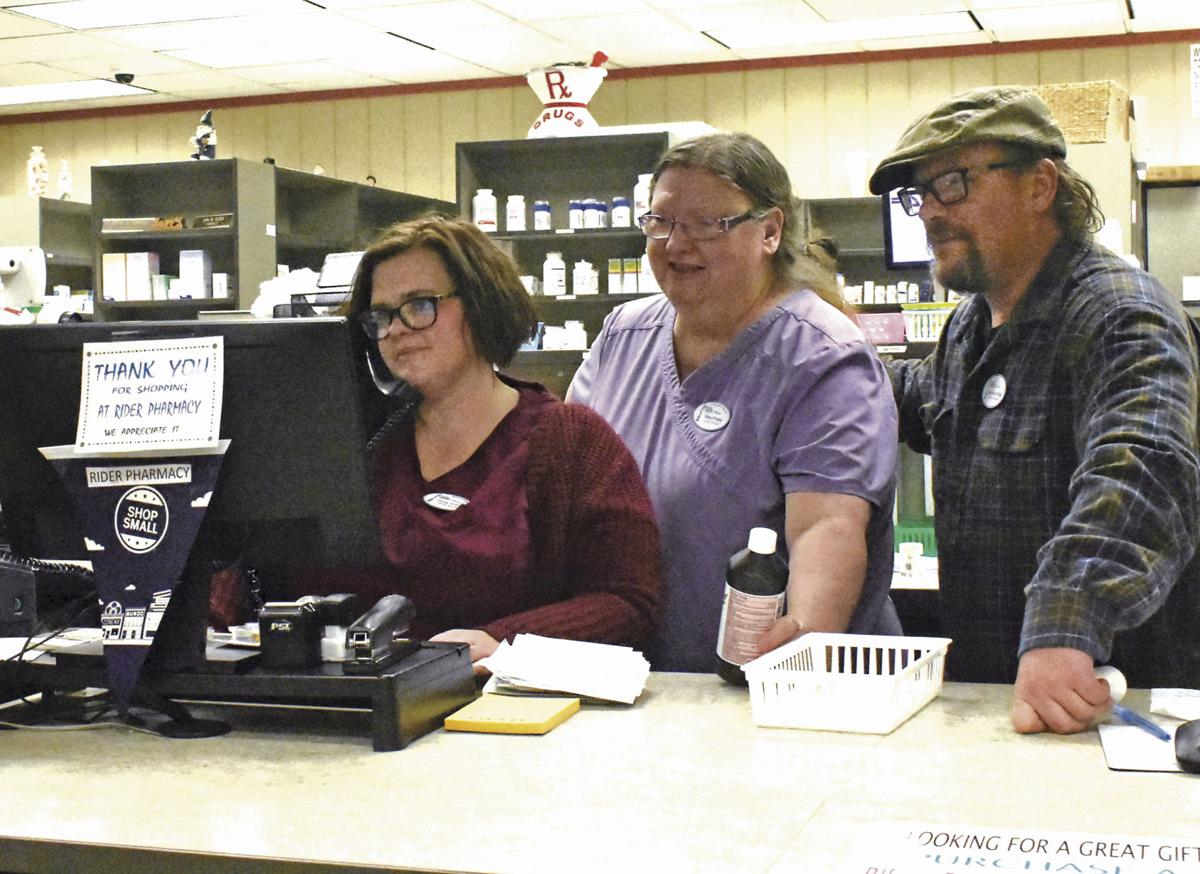 Jenny Dunn, Darla Berry and Jonathan Rider look at the computer at Rider Pharmacy on Merchant Street. Rider said Wednesday that the pharmacy will close this month. 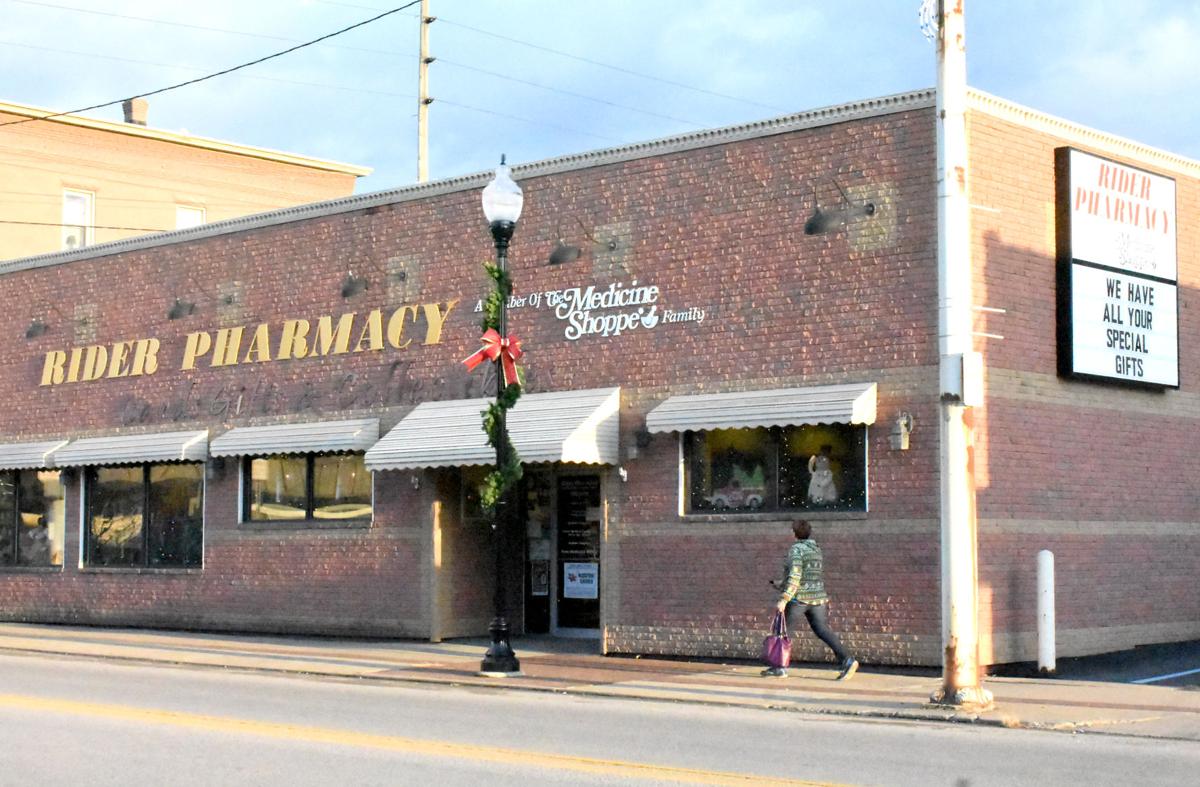 A customer walks into Rider Pharmacy on Merchant Street. Owner Johnathan Rider announced Wednesday that the store, which opened in 1967, will close at the end of the month. 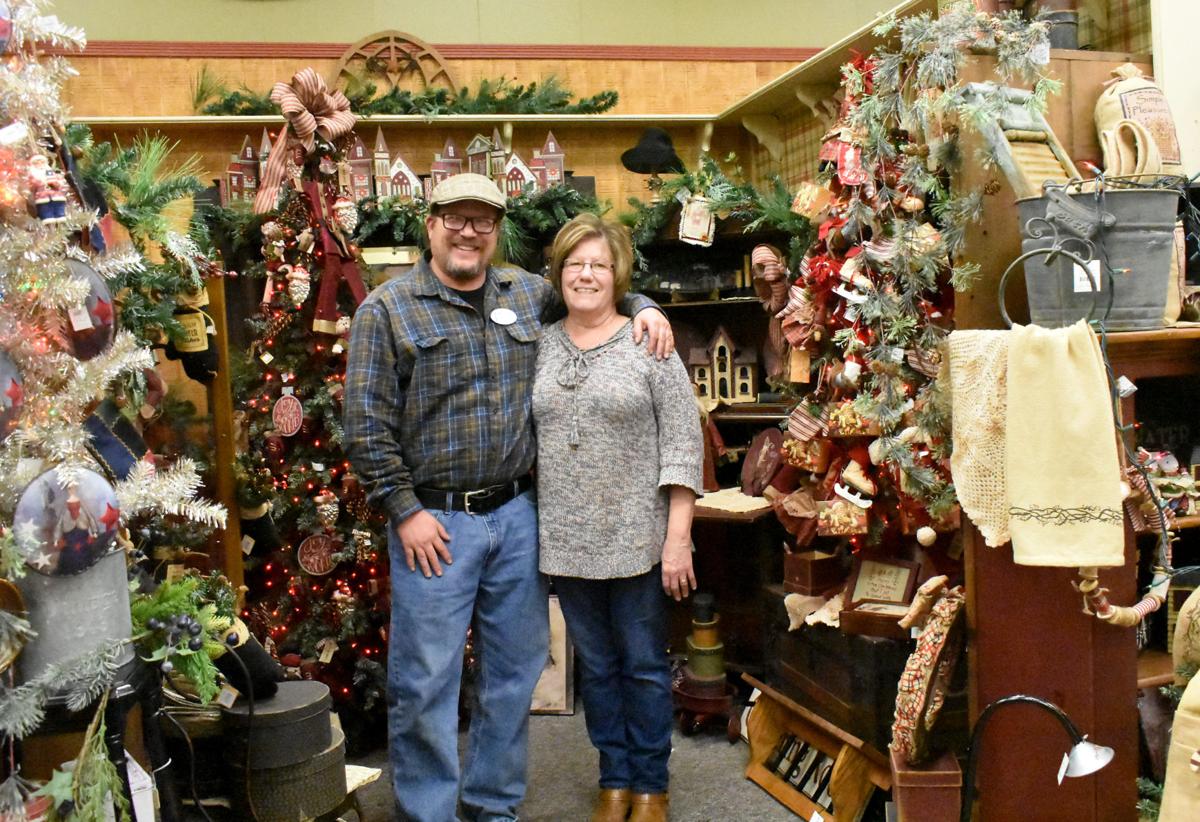 Jonathan Rider, owner of Rider Pharmacy, poses with employee Georgina Deusenberry in one of the gift sections of the store on Merchant Street. Rider announced Wednesday that the store will close at the end of December.

Jenny Dunn, Darla Berry and Jonathan Rider look at the computer at Rider Pharmacy on Merchant Street. Rider said Wednesday that the pharmacy will close this month.

A customer walks into Rider Pharmacy on Merchant Street. Owner Johnathan Rider announced Wednesday that the store, which opened in 1967, will close at the end of the month.

Jonathan Rider, owner of Rider Pharmacy, poses with employee Georgina Deusenberry in one of the gift sections of the store on Merchant Street. Rider announced Wednesday that the store will close at the end of December.

FAIRMONT – A family-owned pharmacy whose roots date back to 1937 will cease filling prescriptions on Dec. 19 in the aftermath of an employee embezzlement case.

Rider Pharmacy at 303 Merchant St. will transfer its current clients’ prescriptions to the CVS on Third Street on Dec. 20. The company will remain open as a gift shop after Dec. 31.

“I tried for about 2 years to give it a good go and invested all my time into this place and the hit was just too much for us to recover from,” said Jonathan Rider, who bought the business from his father in 2001.

While he will not disclose the full amount of money stolen from the company, Rider said a former employee took “an amount that exceeds in the hundreds of thousands of dollars range.”

The last two years have not been easy, Rider said. In February 2017, he discovered inconsistencies in the company’s accounting. He said, on the surface, the business appeared successfully, but the numbers were not adding up.

“This was an employee of mine, my medical biller, so she had access to all the ends and outs,” Rider said.

Rider would not disclose the former employee’s name and said he was not satisfied with the way the case was handled via criminal prosecution. He is now in the midst of a civil lawsuit to try and recoup damages.

“It was too much of a deficit to overcome. We tried. We did our best,” Rider said. “For us, the sad thing is we didn’t want to close the pharmacy side of the business, we wanted to keep it open, but it was just wasn’t in the cards.”

Former Rider Pharmacy employee Courtney Lynn Painter was originally charged with a felony for taking over $150,000 between 2006 and 2017. In January 208, Painter signed a plea agreement with the Marion County Prosecutor’s office that allowed her to plead guilty to a misdemeanor.

Jeff Freeman, prosecuting attorney for Marion County, said he entered into the deal with Painter because he did not have the evidence to prove beyond a reasonable doubt that Painter stole more than a few thousand dollars.

Painter was sentenced to six months in jail, but the sentence was suspended. She was placed on two years probation and ordered to pay $1,000 in restitution to Rider Pharmacy, which Freeman said she had previously taken care of.

Bob Bastress, a professor at the College of Law at West Virginia University said, it is unfortunate when an employee breaks the trust of their employer. He said Rider Pharmacy took the right steps to report the embezzlement to law enforcement.

“Embezzlement can be a difficult thing to detect,” Bastress said. “It ought to be detected in an audit, but frequently it’s not.”

Bastress said it can be more difficult for smaller companies to determine whether employee theft is taking place. He said that’s because they have fewer resources to hire both a chief financial officer and an auditor who can monitor patterns of how and where the money flows within a company.

“The employee relationship would not change the fact that it’s a crime. Whether it’s a public or private company, the employer has a duty to the stockholders to protect its assets,” Bastress said.

Rider Pharmacy was formed in 1967 when Jonathan Rider’s father, Daniel Rider, purchased Bennett Pharmacy, which was founded in 1937.

“Dad and Mom grew the business to what it is today,” said Jonathan Rider. “We’ve served the community for 52 years and I owe it to the community that supported us to let them know what’s going on.”

Rider said he has other plans in the works but is not ready to announce what those will be. In the meantime, he is working through the holiday season to take care of his 25 employees during what he calls “a difficult time.”

It was a hard decision. It was a sad decision and I didn’t want to make this decision, but this was the last option. I exhausted everything before” Rider said.