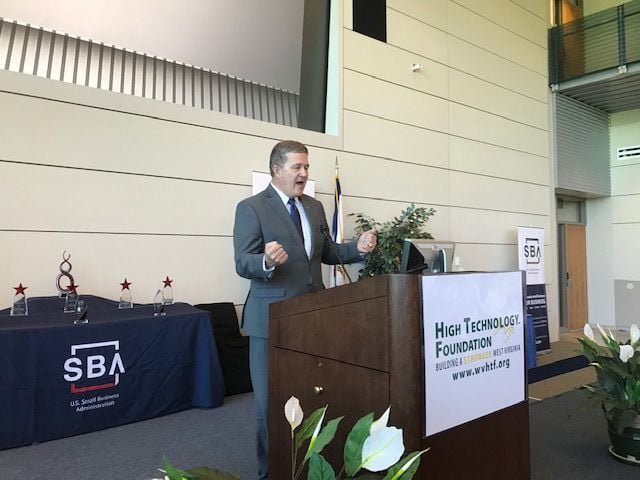 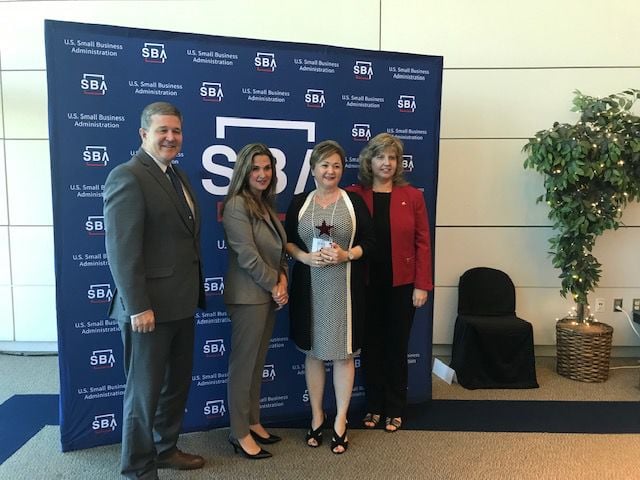 FAIRMONT — A Fairmont business owner was one of the winners during the 2019 West Virginia Small Business Week Awards Ceremony at the Robert H. Mollohan Research Center Wednesday.

The award honors an entrepreneur starting a business after the age of 50. Maher said winning the award was “awesome.”

“It makes me feel proud when you do something that’s hard,” she said. “Most people at the age of 50, raising four kids, don’t think about starting a business.”

Maher said her business, started in 2014, does IT work and mainly serves federal government customers such as the Department of Defense and the National Oceanic and Atmospheric Administration. The firm’s services include software development, software testing, data analytics and biometrics.

“We’re having fun every minute of it, and I have the best, best employees,” she said.

Tina Shaw, president of the Marion County Chamber of Commerce, nominated Maher for the award.

She was “thrilled” to see Maher win the award.

Jeremy Harris of IT Mindshare of Morgantown, a business described as a “local, veteran-owned technology firm,” won the Veteran-Owned Small Business of the Year award.

A U.S. Army veteran who was deployed for six months in 2003 in Afghanistan, Harris said in a videotaped segment that “winning this award means that we were able to create something of value and provide valuable services to our clients.”

“It means that all the time and effort that was spent and all the sacrifices that we made to create this really cool company culture were worth it,” Harris said. “It’s a great honor to get an award from the SBA and we’re really thankful for that.”

In a humorous moment, he joked that getting the award means “my sixth-grade teacher was wrong. I am a productive member of society.”

Michael Mills of the Mills Group of Morgantown, an architectural, planning and preservation firm, won the Small Business Person of the Year award.

In Mills’ introduction, it was noted that the Mills Group, established in 2005, “designs new structures that encompass rich architectural character of the past,” and Mills “started his architectural career working on the nation’s most prestigious cultural resources in Washington, D.C. before falling in love with West Virginia.”

Mills said that “being recognized as the Small Business Person of the Year for West Virginia really does validate our hard work every day. To be noticed for that is quite a recognition, so thank you all for that recognition.”

During his remarks, Warner told the award winners “today is your day.”

“Today is the day for the small businesses to be recognized and what you’re doing here for the state,” he said. “It’s what you all do with the risk-taking. That’s not to be overlooked. You take your money, your time, your effort, take time away from the family or you incorporate the families into your projects, and you put it all on the line.”

And he offered his office’s assistance.

“Please call me, let me know if there’s anything we can be doing from the government side to help you in your business area,” he said.

“I take great pride in congratulating each and every one of you, the award winners today,” he said.

Christian, meanwhile, said “the winners that are here today really show what entrepreneurship can be.”