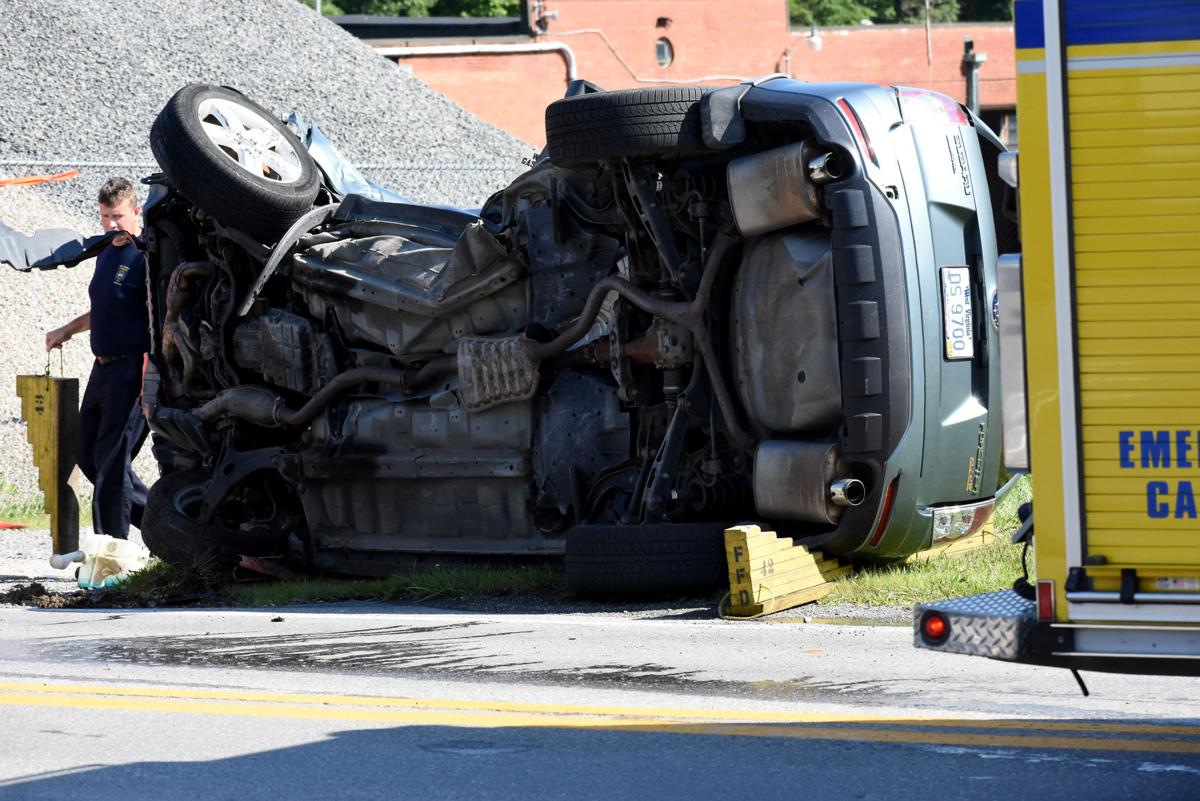 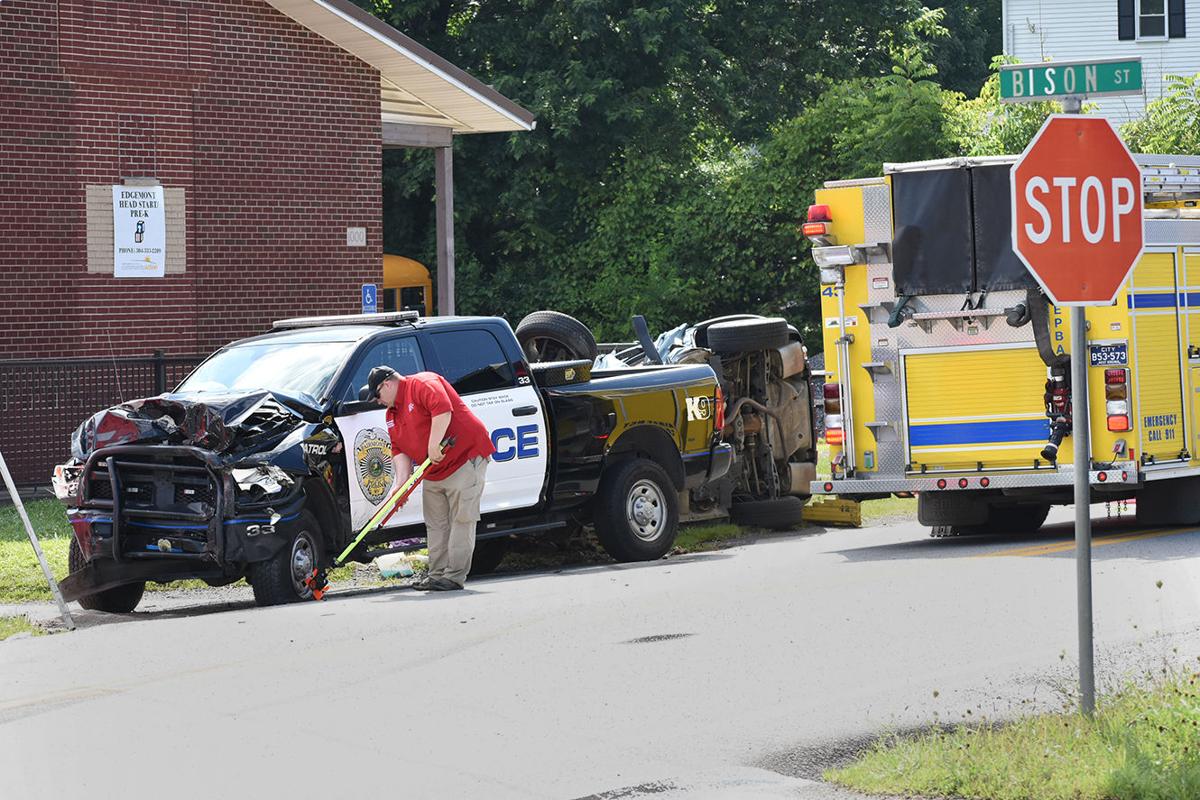 FAIRMONT — A fatal crash involving a Fairmont Police Department K9 truck and a Subaru Forester closed down a portion of Country Club Road Wednesday afternoon as police and an accident reconstruction team investigated.

The Forester came to rest on its side, and traffic was detoured onto side streets. The crash happened in the area of the West Virginia Department of Transportation Division of Highways District 4 materials department and the Edgemont Head Start Pre-K at the intersection of Bison Street. Marion County 911 said the time of the crash was 1:40 p.m. Eventually, a large red drape was put up around the accident scene.

“It was terrible,” Diane Oldaker, who lives on Bison Street, said. “It sounded like somebody let off a canon, and then all of a sudden, I heard screeching brakes.” She another “big boom” followed.

After hearing the crash, she came running out because she was afraid someone had hit her husband’s vehicle. But that wasn’t the case.

“In less than probably two minutes, this place had two fire trucks and three ambulances and police,” she said. “It was very chaotic, and they were trying to get a handle on everything and shutting everything off.”

She said police put tarps over the top of the Subaru.

“I seen them doing that, and then they put that red tarp up right there, by the daycare,” she said.

She said thought the crash was fatal because she didn’t see anyone being loaded into any of the ambulances.

“I thought somebody’s got hurt really bad,” she said. Oldaker said the accident was “a very, very sad thing.”

Laura Wagner, a materials inspector for the DOH District 4 materials department, said the crash sounded like an explosion. She was in the lab when the crash occurred.

When she ran out, she saw the scene unfolding.

“I saw the police officers getting out of their truck, I saw a gentleman running down the road getting behind the car,” she said.

Wagner said she and another employee saw the fire department and ambulances show up.

When asked how the crash occurred, she said, “the only thing that we could figure is the Subaru…was pulling out onto the main road from Bison, and the cop was coming down the main road, heading that direction. I really don’t know if the Subaru didn’t see the cop coming down…”

People at the scene said the vehicles came to rest in the opposite direction they were traveling.

The windshield in the police truck was shattered, and air bags were deployed. It appeared to have accordion-like front end damage.

Wagner said there was one fatality, though she didn’t know if it involved a man or woman. She said the person who was killed was in the Subaru.

She saw the person being taken out of the vehicle and being “covered up” with a body bag.

“The police officers, the one got out of the passenger side, I believe, and he was shaking his wrist,” she recalled. “The other officer, I don’t know if he had a broken nose. He was bleeding from the nose or the mouth.”

She said the K9 officer was taken out and put into another vehicle.

Wagner said the scene was “intense,” and the first responders were there quickly.

“It was very incredible,” she said. “There was several paramedics, I think three fire trucks, the police — very quick response, very impressive.”

Wagner is concerned about the road.

“It’s very scary,” she said. “We’ve had a couple other accidents here in the past two years — no fatalities, but they have taken out our power poles in the parking lot behind our building. I really think speed is the problem on this road.”

An accident reconstruction team from the Monongalia County Sheriff’s Office was brought in to conduct the investigation.

Fairmont Police Chief Steve Shine or other officials could not be reached for comment. No police officers or sheriff’s office personnel would comment on the crash.

Sylvia G. Lytle, 83, of Barrackville, died Friday, May 22, 2020 at the Ruby Memorial Hospital in Morgantown. She was born November 19, 1936 in Barrackville, a daughter of the late Ervin and Virginia Lytle. Sylvia was a homemaker who enjoyed reading, the outdoors, and animals (especially the …

Ronald F. Snyder, 84, of Fairmont passed away Friday morning May 22, 2020 at home. Arrangements which are incomplete are under the care of Ross Funeral Home 801 Fairmont Avenue Fairmont.