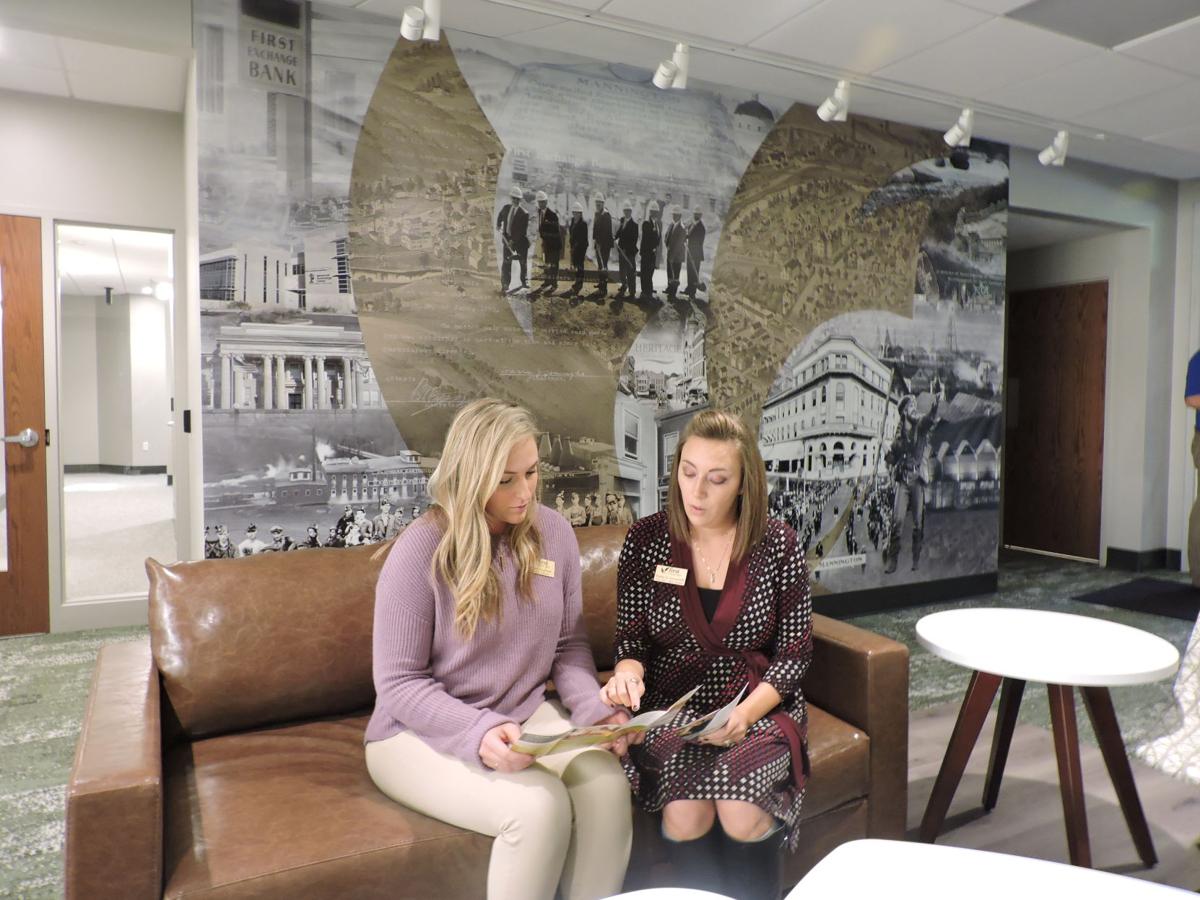 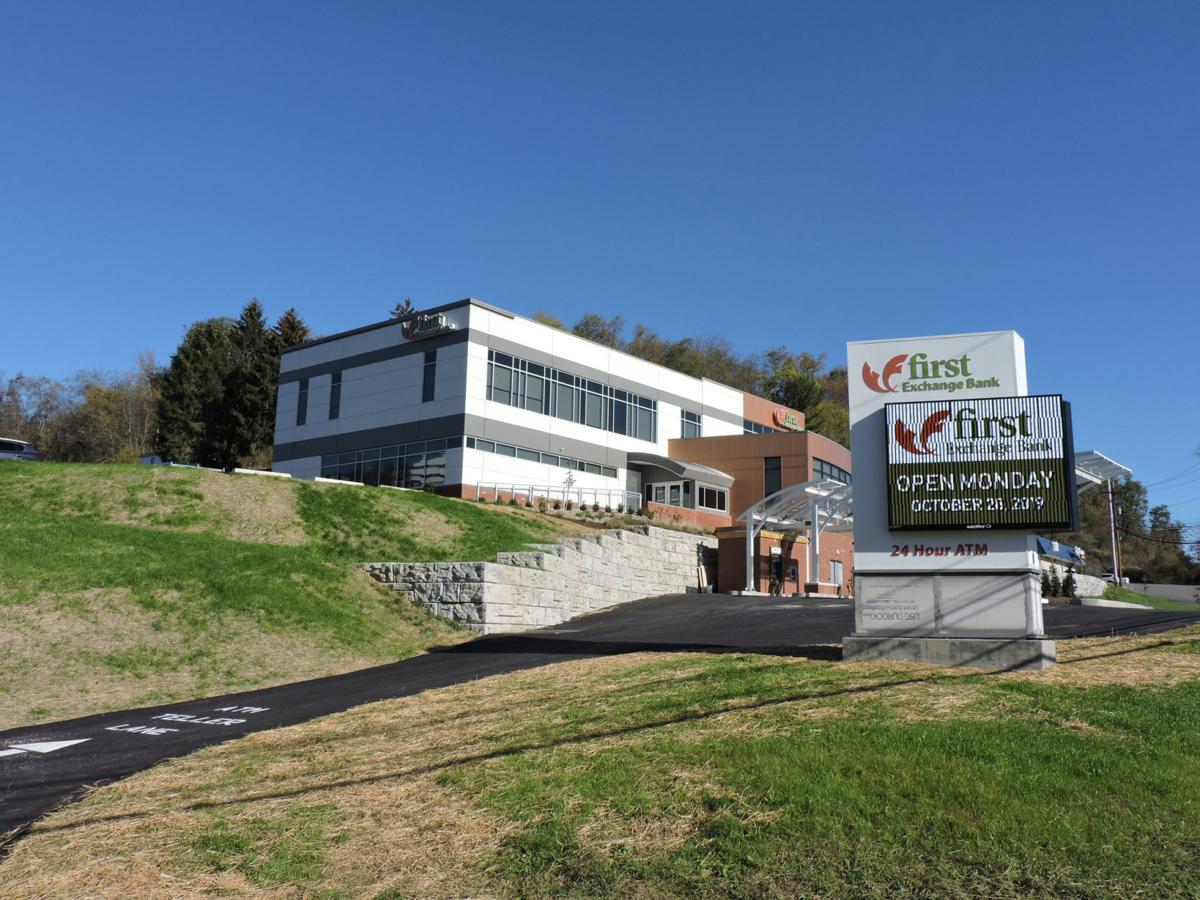 The new branch of First Exchange Bank off U.S. 250 and Exit 132 on I-79 will hold a soft opening Monday. In the past few weeks, employees have been moving in. 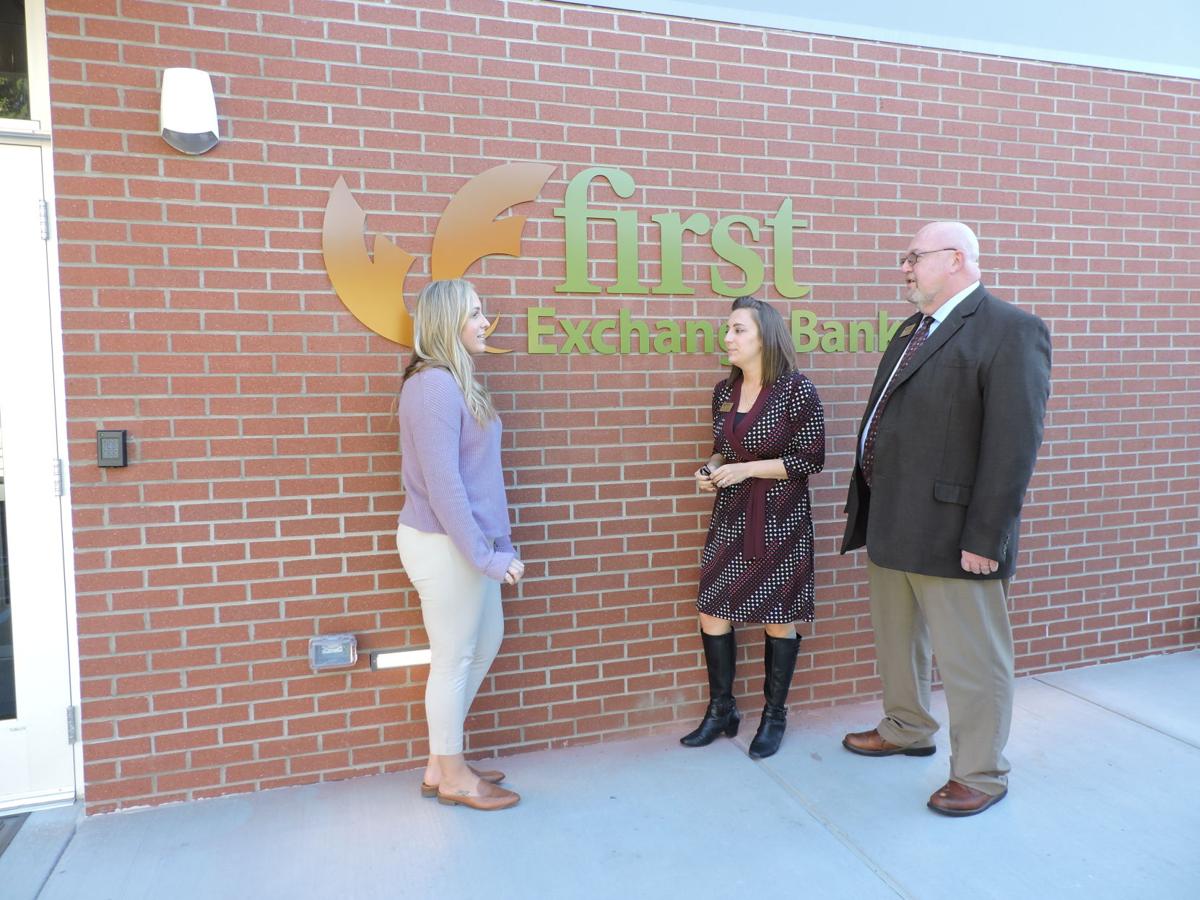 The new branch of First Exchange Bank off U.S. 250 and Exit 132 on I-79 will hold a soft opening Monday. In the past few weeks, employees have been moving in.

WHITE HALL – A year after breaking ground on its new headquarters building alongside U.S. 250, First Exchange Bank officials have moved in and will open for the public on Monday.

“We’ve been looking for a long time, and we knew this is where we wanted to be,” said Bill Goettel, president and CEO of First Exchange Bank. “Once this became available, we jumped on it. I guess the moon and the stars lined up pretty good for us.”

According to Goettel, bank officials planned as early as 2006 to construct a new bank branch in White Hall. He said the administrators knew they would eventually need more space to work out of, and a place that would be easily accessible for their customers.

“I’ve been with the bank for over 20 years and I think that whole 20 years, I’ve heard people asking ‘When are you guys coming to White Hall?” said Brent Skidmore, senior vice president of First Exchange Bank. “We already have a lot of customers in this area, this is a really growing part of the county, so we’re looking to be able to service existing and new customers from here.”

Visible from Interstate 79, the new location includes high tech features not found in its other locations.

“It is a state of the art building with state of the art functions, but it’s not an automated bank,” said Megan Michael, marketing coordinator for First Exchange Bank. “There are people here to greet you when you walk in to help you. We have a lot of really cool technological features, but the service will be here.”

Michael said the style of the interior and the presence of technology in the facility is meant to increase communication efficiency.

“We have the couches down there, those aren’t just pieces there to look pretty,” Michael said. “When you want to sit down with your teller and discuss your account – basically it’s just breaking down that barrier and just letting you have a conversation.”

Despite the move, Michael said the other branches of First Exchange, including its old headquarters in Mannington, will continue to operate in the same way with the same local representatives. Those who mainly frequent Mannington or Fairmont locations will still see the same people inside, she said.

“All of our staff that is not specific to a branch is right here in this new building,” Michael said. “Under this roof we have 40-ish people here.”

That figure of employees in the branch is already growing, because the addition still needs personnel to fill new positions made possible by building the branch.

Already, the new branch has earned attention from locals, who have signed on to be customers of First Exchange even before the opening of the new branch.

“Right now even before we’ve opened the doors, we have already hit 20 percent of our first year anticipated deposit base,” Skidmore said. “So we think we’re going to grow quickly.”

Bank administrators will welcome even more people to their new headquarters Monday when they host a 9 a.m. ribbon cutting ceremony. Guests can tour the facility and, Michael said, they can sign up as customers after the ceremony.

“The goal is always for us to be North Central West Virginia’s bank,” Michael said. “This growth certainly puts us in a great spot to continue with that goal and to grow in that area, and this center will be able to sustain us for further growth.”

Goettel agreed, and said that the banking industry is heading in a more personal direction, and he believes the new branch will support First Exchange in going that direction as well.

“A lot more customers are coming to community banks like us just to have the one-on-one,” Goettel said. “We want to be West Virginia’s premier bank.”