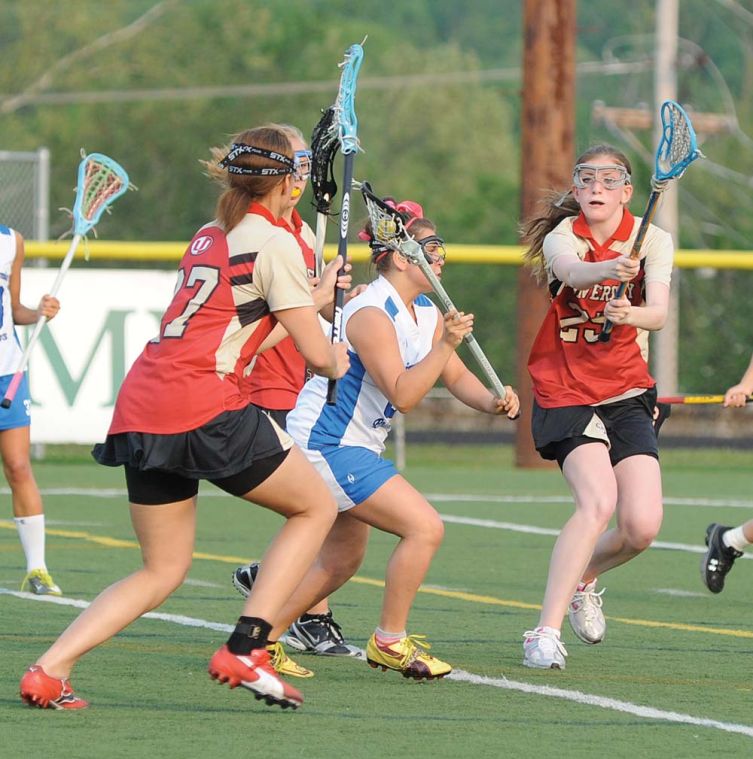 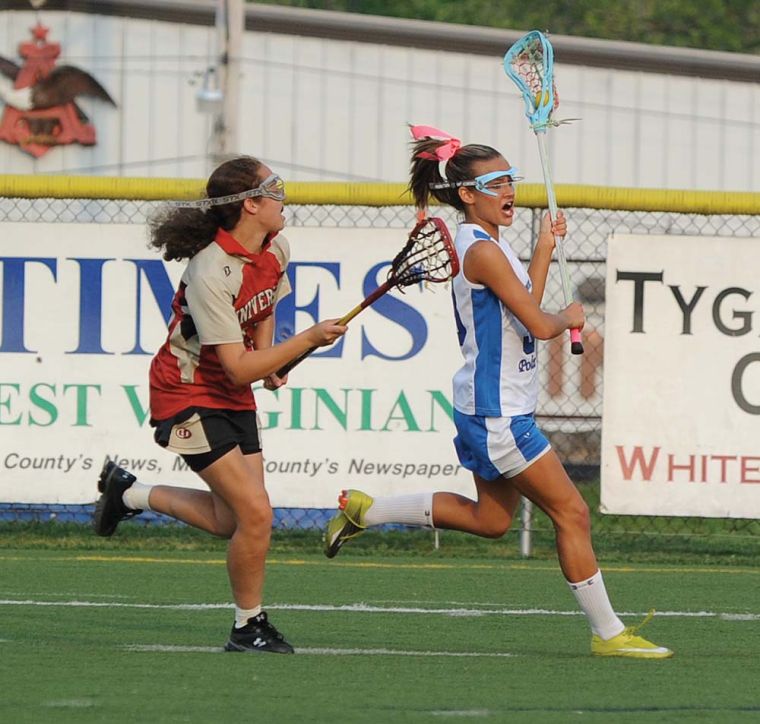 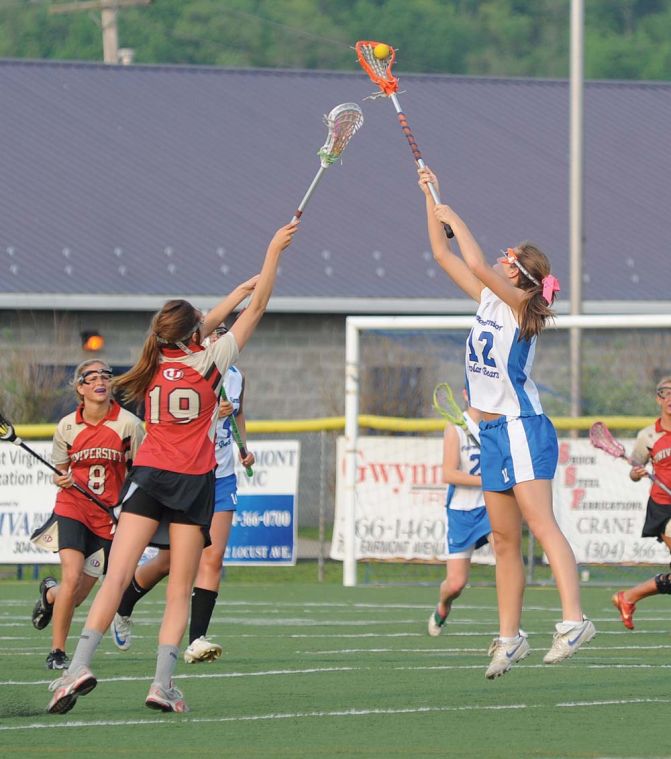 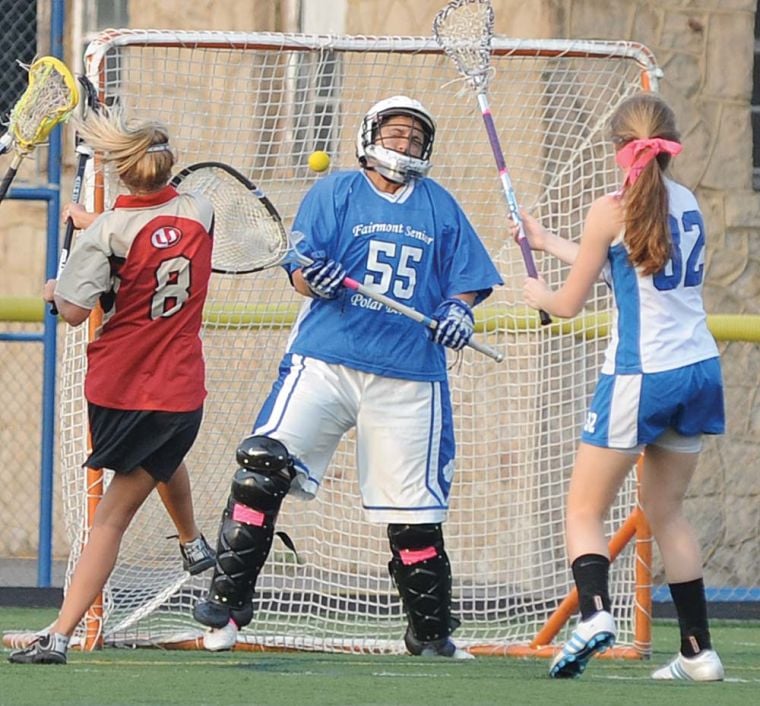 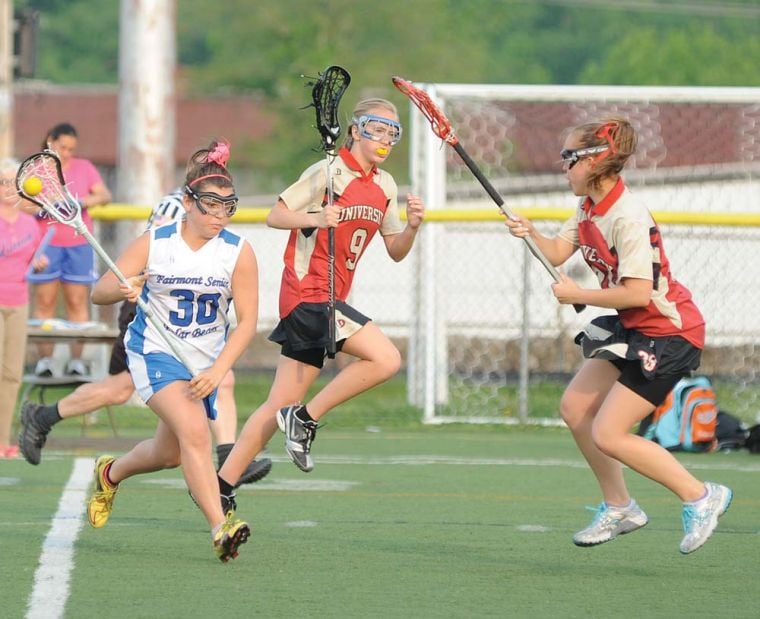 Fairmont Senior's Ali Sansalone heads toward the goal as University’s Bethany Goff (9) and Emily Anderson (28) defend on the play.

Fairmont Senior's Ali Sansalone heads toward the goal as University’s Bethany Goff (9) and Emily Anderson (28) defend on the play.

Another year, another berth in the state championship game for Fairmont Senior girls’ lacrosse.

The Polar Bears reached the WVSLA final yet again Thursday night, and did so in impressive fashion, using a big second-half run to down visiting University, 12-7, at East-West Stadium.

Fairmont Senior, which improved to 11-2 on the season, will go for its fourth championship in as many years May 21 at Bridgeport High School against the winner of Saturday’s other state semifinal between Morgantown and Buckhannon-Upshur. The Bucs swept the season series against the Polar Bears, which were also their only two losses all year.

As for next week and beyond, Cain and his team are thinking about the rare opportunity to four-peat.

“I hope it’s real old hat as of (next) Saturday, because I’d like to have another trophy,” Cain joked.

While Fairmont Senior managed to advance further in the playoffs, University, despite being barely about .500 (8-6) entering play, gave the Polar Bears everything they could handle.