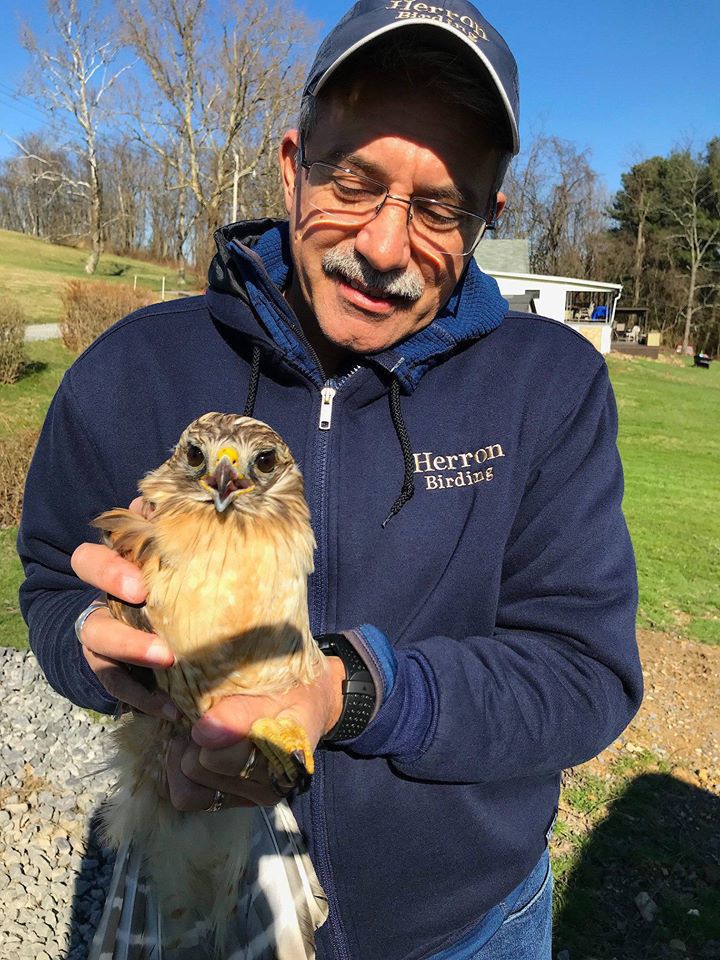 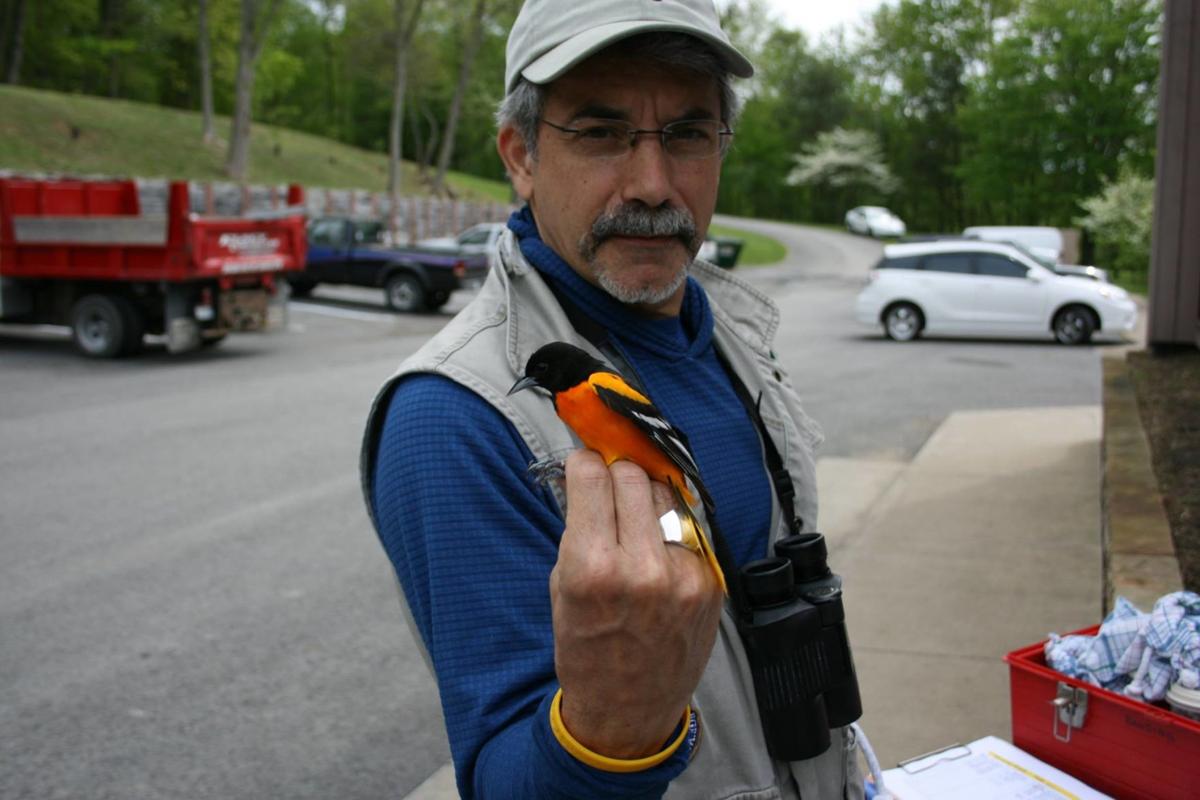 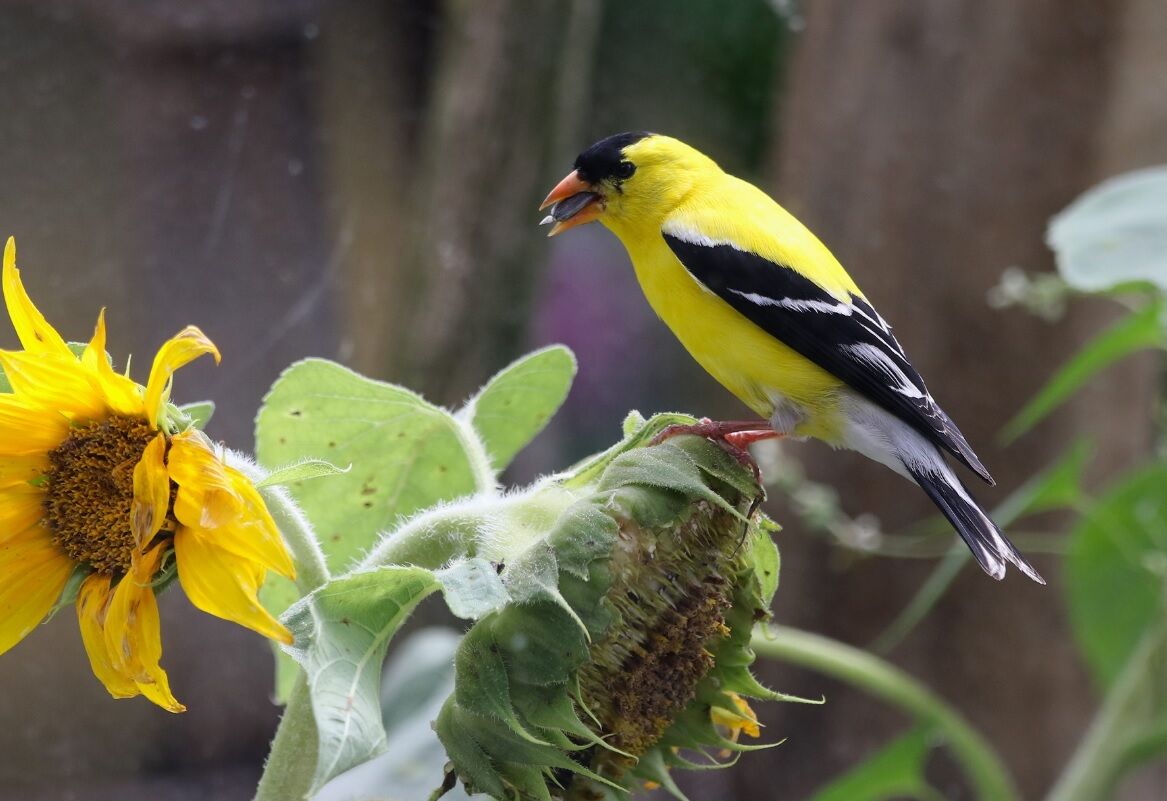 Herron photographed this American Goldfinch six inches from his window. 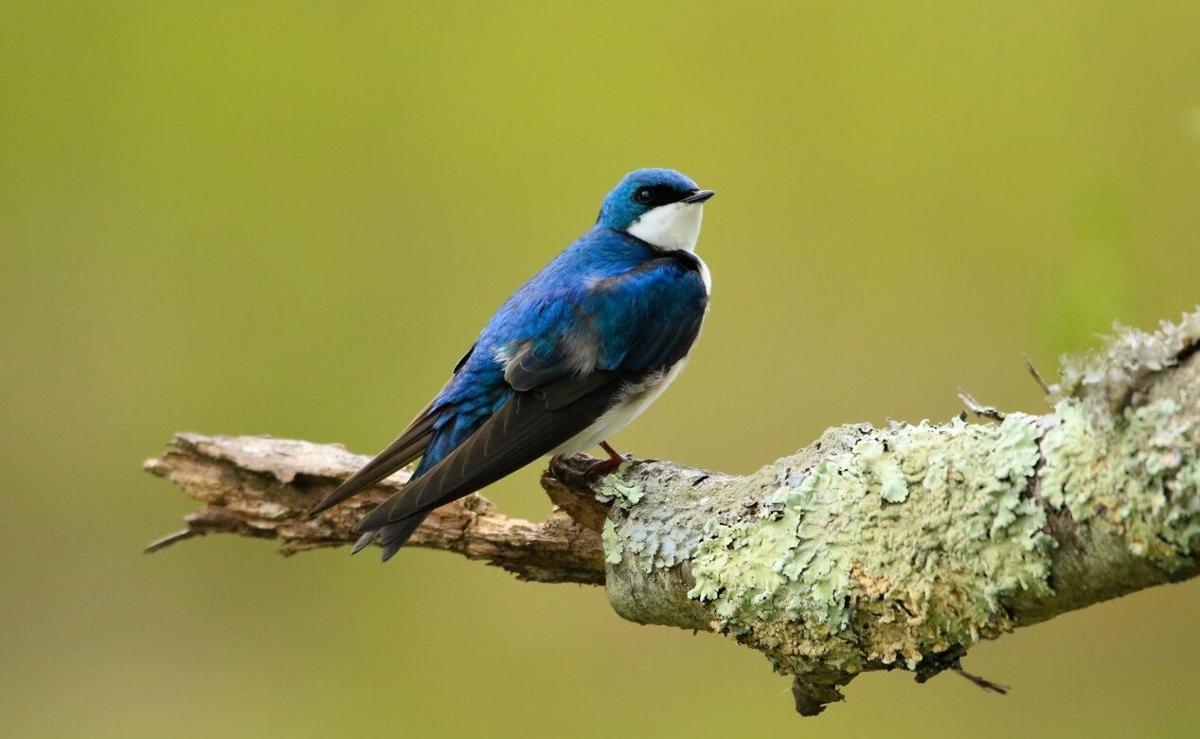 Herron captured this tree swallow on May 2, 2019 at Prickett’s Fort State Park. 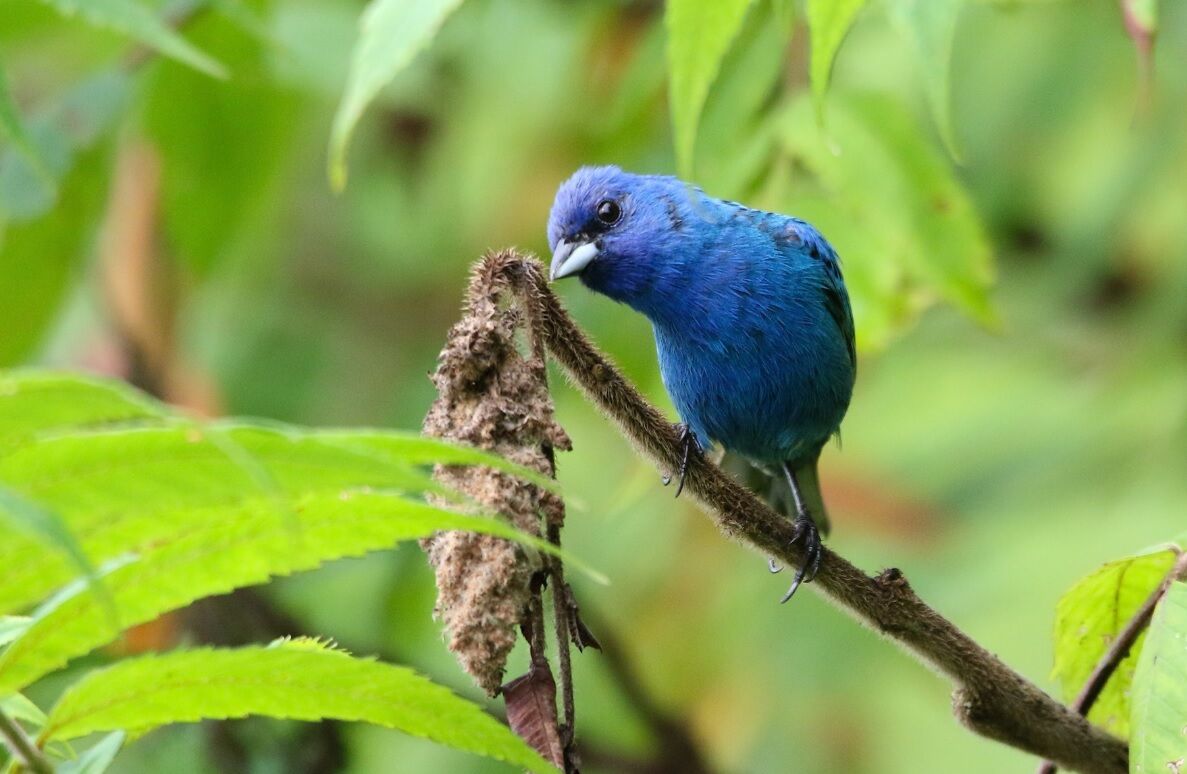 This male indigo bunting was caught on film at the Little Indian Creek Wildlife Management Area in southern Monongalia County in July 2019.

Herron photographed this American Goldfinch six inches from his window.

Herron captured this tree swallow on May 2, 2019 at Prickett’s Fort State Park.

This male indigo bunting was caught on film at the Little Indian Creek Wildlife Management Area in southern Monongalia County in July 2019.

Joey Herron has never let the source of a sound go unheard.

He said the older he gets, it becomes easier to identify a bird from its call, by its sound alone. He began tracking birds as a kid and his skill grew as the years passed.

“My best friend in grade school and middle school, we hooked up watching birds together because he found a screech owl that was roosting in an old dead tree behind his house,” Herron said. “We went to watch it leave the hole and hunt during the night. That just hooked us.”

Herron is Marion County’s local bird expert, an ornithologist who has had several books published showcasing his expertise on birdwatching as well as his bird photography. He also teaches others how to get into bird watching for themselves, and he does this by simply getting people outdoors, because that’s the way he learned himself.

“That’s my goal is to educate people and help them to learn,” Herron said. “Bird watching is one of the fastest-growing outdoor activities right now. People are really getting into it.”

For years now, Herron has taught bird watching to students of the Marion County Lifelong Learners Association. His classes normally involve a trip to a nature area, often Prickett’s Fort State Park, where he and his students can find different birds by honing in on their calls.

“He has been doing these sessions for Lifelong Learners for about 15 years,” said Juanita Edge, a member of the Lifelong Learners Association. “We go out to Prickett’s Fort, right by the Rail Trail entrance there and he has his nets set up. We’ve just had some amazing bird sightings out there.”

Herron’s method of teaching mimics his adventures as a kid, which never really ended for him. When he hears a specific bird call, Herron will have his students listen as well, and try to find the bird that’s making the call so they can all get a closer look.

“When I take people out, I’ll hone in on a call and I’ll have them listen,” Herron said. “After you spend that long trying to find it and you find it, the next time you remember.”

Edge said that after years of taking his annual class, she is able to identify some birds by their calls alone, but she can also name some birds by the feathers she finds in her journeys. But just being out with Herron is an interesting experience, Edge said, because of his ability to identify birds.

Herron has tips on how to simplify bird calls to make them easier to pick out, by giving each a phrase based on their phonetic sound. He said warblers are his specialty, and he likes to give people a good view of them when he can.

“Different species have different groups, like the warblers, the really small birds, a lot of their calls are buzzy, high-pitched,” Herron said. “They float about the tops of the trees and are hard to find. That’s one of my specialties is the warblers, that’s why people like to come out with me. I hear before I see them, but usually I can get them to get a good look.”

Herron’s work has extended beyond teaching. He is trying to designate a birdwatching trail where people can discover the animals for themselves. The trail will go from Prickett’s Fort to Morris Park, and have designated areas along the way for people to stop and find birds.

“We want to make it educational and let people learn about it as they go,” said Mollee Brown, owner and founder of Nighthawk Advertising Solutions. “That’s the stage that we’re at now, is just getting the information together for that so it’s a self-interpretive trail.”

Herron has coached girls’ basketball at East Fairmont High School for years, ran the Boston Marathon in 2005 and is still an avid runner. He coached Brown when she was on the East Fairmont basketball team, and she went on to become a bird watcher herself.

She is helping on the birdwatching trail project because she believes just giving people the opportunity to discover birding for themselves is something nobody should pass up.

“People can just be active and outdoors. It’s one of those things once you start to notice it, you realize how much is there, right in front of you, that you don’t know about,” Brown said. “Once I was aware that there’s hundreds of species of birds right outside my house, it was just infectious to want to learn more and more about it.”

Herron said one of the beauties of birdwatching is that anyone can do it, if they just pay attention. He said a sense of adventure is the most important need for birdwatching, and a set of binoculars and possibly a field guide will help round out the experience.

“A set of binoculars and a field guide, that’s all you need,” Herron said. “The best way is to get out in the woods. If you hear something, go track it down.”

Edge said she has seen newcomers in Herron’s classes become more excited than ever about birds, just because they didn’t know what they were missing until Herron pointed it out.

“It’s just fun to watch new people get enthused about birding,” Edge said. “I can identify quite a few different birds that I would never have been aware of before if I wasn’t involved in Joey’s birding sessions.”

Herron also promotes bird watching through photography, where he posts photos online where birds can be viewed up close.

“I feel like people are missing out because of all the stuff that is out there,” Herron said. “The way to get people to see it and maybe encourage somebody to maybe get out and look is to post a picture.”

For people who may want a demo of what is out there to see, Herron recommends just setting up a bird feeder near a window.

“Just get a bird feeder and hang it in the backyard,” Herron said. “You’ll be surprised what might show up.”

Herron emphasized the ease of access bird watching offers as a hobby, and after a while, most people will be be able to identify birds for themselves. For those who enjoy exploring nature anyway, like Herron, the hobby can be easily expanded on for fun.

“I’ll sit there and tell you probably 95 percent of the things out there; I don’t have to see it,” Herron said. “That doesn’t come by being in a classroom or doing books; that comes by hours and hours spent in the woods.”