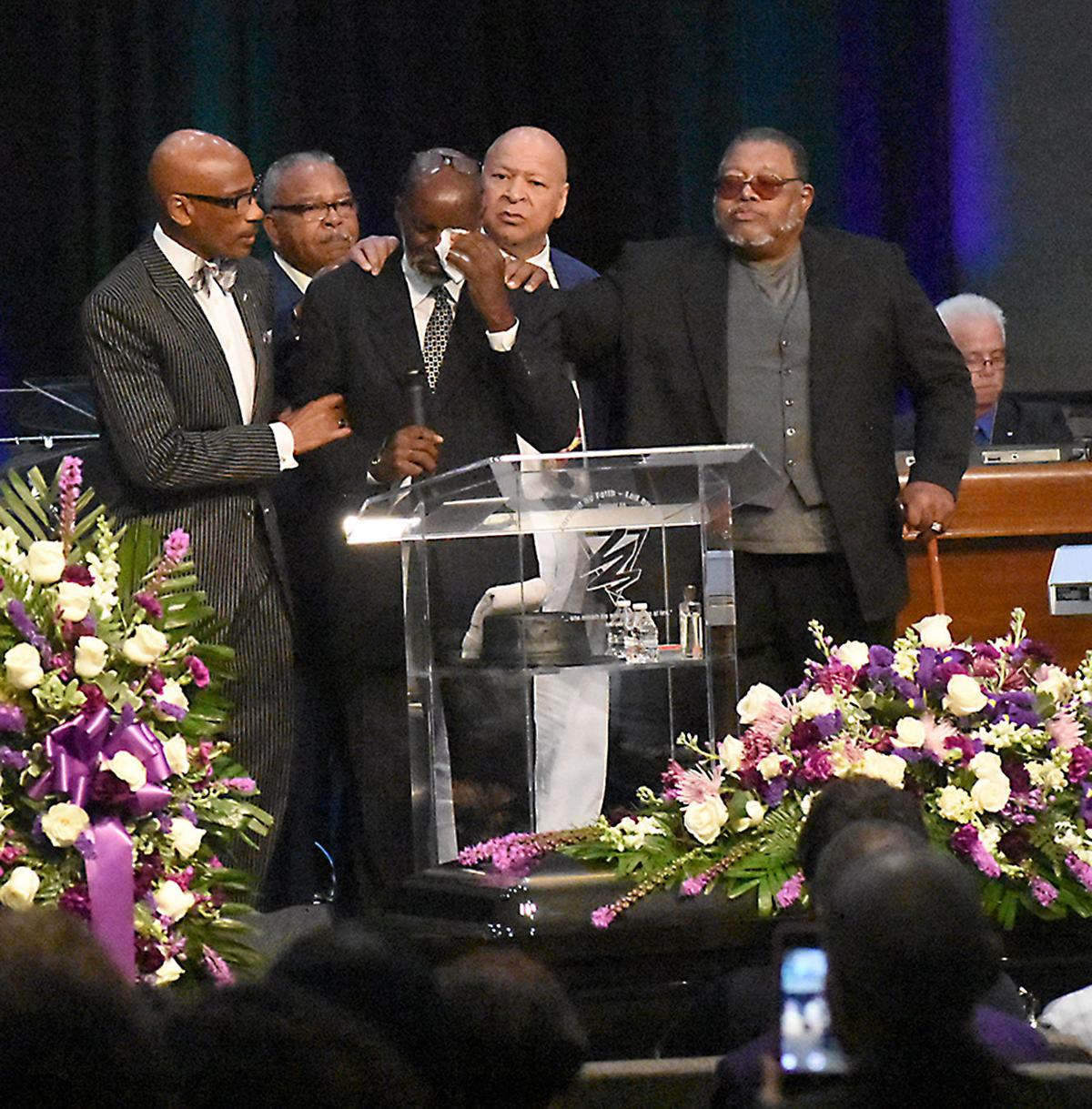 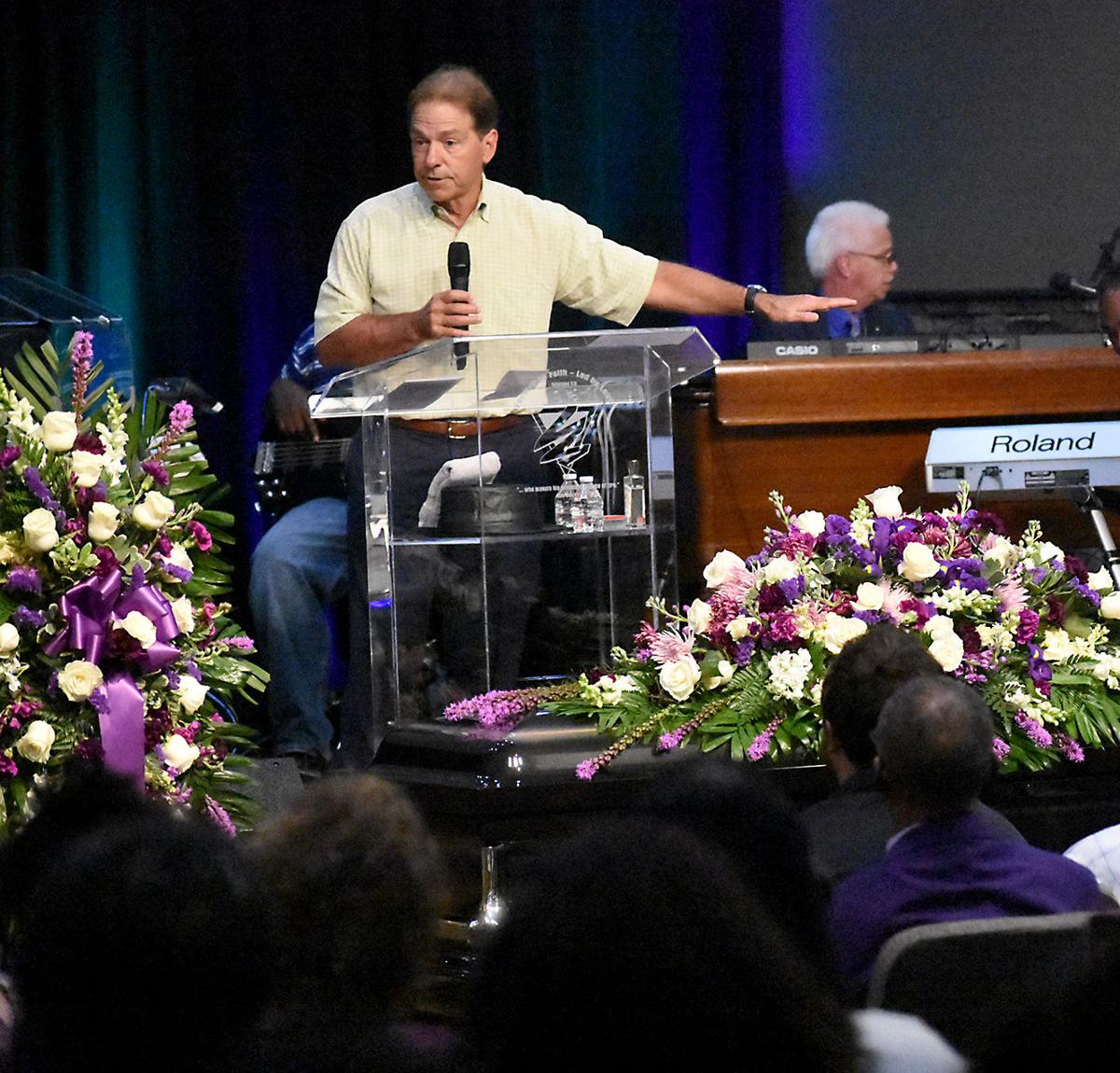 Lifelong friend and University of Alabama football coach Nick Saban speaks during the Homegoing service for Kerry Marbury on Saturday at Calvary Temple Assembly of God. 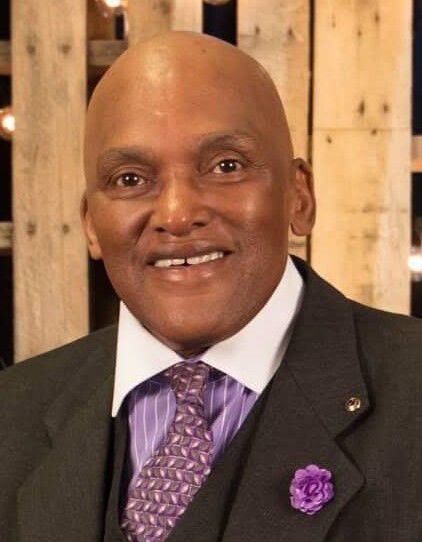 Lifelong friend and University of Alabama football coach Nick Saban speaks during the Homegoing service for Kerry Marbury on Saturday at Calvary Temple Assembly of God.

Marbury, 67, of Fairmont, died June 23 at his home. He was a talented athlete and equally talented professor of Humanities, Race, Class and Gender at FSU. In his athletic career, Marbury played football for West Virginia from 1971-72 and was drafted in 1976 by the Cleveland Browns while also earning All-American and All-State accolades.

Among the speakers at the “homecoming celebration” was none other than Nick Saban, the University of Alabama’s head football coach and Marbury's friend throughout life. Saban said he would like to set up a scholarship in Marion County to keep Marbury's legacy alive.

Those in attendance responded to his remarks with a standing ovation.

“This scholarship will honor him and provide some kind of an opportunity for some young person in our area where we grew up and learned all these lessons,” Saban said. “So, my sympathy to the family, but I think this is something that we all should have gratitude for and appreciation for: a life of someone who set a tremendous example for all of us and a standard of excellence as an athlete that very few people will ever have the chance to accomplish.”

Saban spoke of his friendship with Marbury.

“This was one of the best friends that I ever had,” he said. “It started when we were probably five years old in Carolina playing kick the can and hot peas and butter.”

“Always the closest of friends,” Saban said they played Little League and Pop Warner football together in addition to bringing home a state football championship title while in high school.

“We should all be here today to show the gratitude we have for the memories and the friendship and the relationships we had with Kerry,” Saban said. “It certainly meant the most to me, and he's also a great teammate.”

Pastor Tim Shuttlesworth read a statement from U.S. Sen. Joe Manchin as a memorial to Marbury:

“It is my distinct privilege to honor the life of Kerry Marbury, my friend, a devoted West Virginian, talented athlete, respected educator and a beloved member of his family and community.

“Kerry worked and excelled in his athletic career, and then worked at living a meaningful life afterwards. He spent his life making the most of every day and told everyone that he came in contact with that we can all live a life worth living.

“He was truly an inspiration to all. What is important is that he lived a full life surrounded by his family and friends. It is my hope that his loved ones are able to find peace, strength and support in one another.

“This is a time to celebrate his life and legacy and to honor his memory in our thoughts and prayers. He touched countless lives. His loss has left a deep void in our statewide community. He was a dear friend to Gayle and I and our family, and we will miss him dearly. I extend my most sincere condolences to the entire Marbury family.

“I'm honored to join the people of West Virginia and beyond in recognizing Kerry's memory as well as the unwavering love he had for his loved ones and our great state. His legacy will live on forever.”

Moved to tears, Blake said Marbury was his best friend.

“We did everything together,” he said. “When you saw him, you saw me because he took care of me.”

He recalled their friendship and how they met each other's families. Blake said Marbury was a “great leader” on the football field.

“He was probably the best football player, running back, I've ever seen,” Blake said. “He was the best friend a person could have. I loved this man, and I'm going to really miss him.”