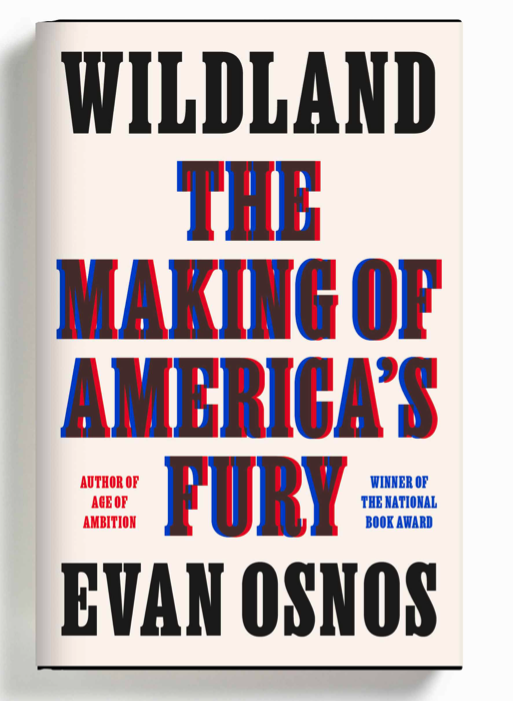 The front cover of Evan Osnos’ book “Wildland: the making of America’s Fury.” Osnos began his career as a newspaper reporter in Clarksburg. 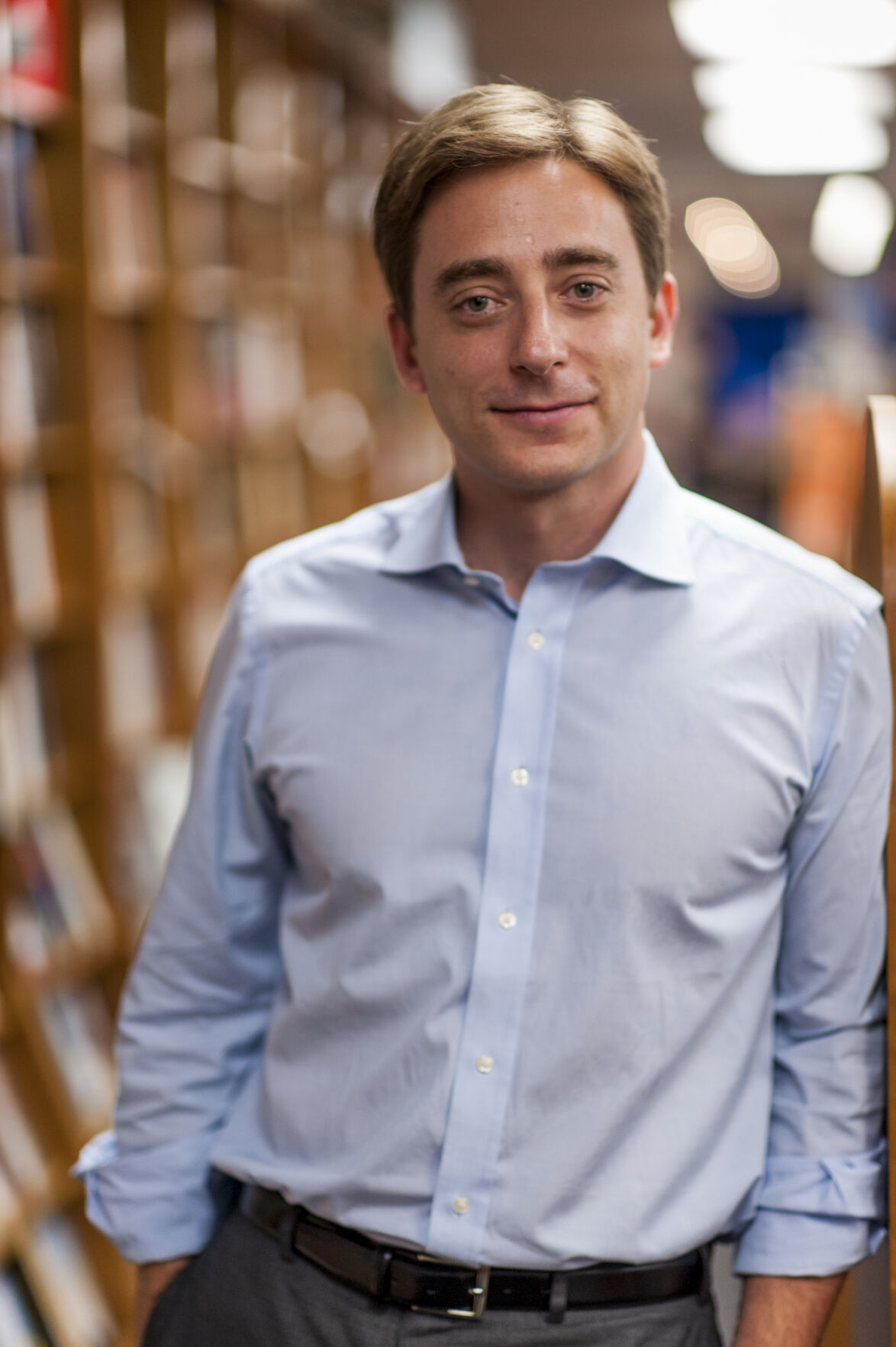 The front cover of Evan Osnos’ book “Wildland: the making of America’s Fury.” Osnos began his career as a newspaper reporter in Clarksburg.

FAIRMONT — Despite all his travels, Evan Osnos remains affected by his time living in North Central West Virginia where he began his career as a reporter for The Exponent Telegram.

Years later, after traveling the world, his experiences in the Mountain State play a major role in his new book "Wildland: The Making of America's Fury."

"The book is about my experience in trying to understand how American politics became so divided," Osnos said. "I decided if I wanted to understand it, I should go to places where I've lived because then I may be able to get some sense of change over time."

The three places Osnos highlights in his book are Greenwich, Connecticut; Chicago, and Clarksburg. Each locale represents a different piece of America and each city has experienced a political shift over the last 15 years.

The book attempts to make sense of the journey of American politics in a practical way through stories and perspectives of residents from these different areas.

West Virginia has a unique perspective in the country. As late as the year 2000, the state legislature was solid blue. In years since, Joe Manchin is about all that remains of what was once a Democratic stronghold.

"When I moved to Clarksburg in 1999, Democrats has a stranglehold on politics statewide," Osnos said. "They controlled the legislature, they controlled the congressional delegation. Then when I came back to the U.S. in 2014, that was the year the state legislature moved into the hands of the Republicans for the first time."

What started as West Virginians shifting to the right in presidential races gradually trickled into congressional seats and the state legislature and finally local politics. That transformation is the heart of Osnos' investigation.

"How did the Democratic party lose its footing in West Virginia and why did conservative politics rise to the front?" Osnos said. "The reasons for that, as everybody knows ... are complex and they're not easy to reduce to a single page, and that's probably why I wrote 400-and-some-odd pages."

Despite the complexities of such a transformation, Osnos dives in and attempts to unravel the reasons. He believes there are three phenomenon that contribute to state's shift in political ideals.

"One of the things that really captured my interest is the role of the land in West Virginia," Osnos said. "I've never lived in a place where people are prouder of the place and of the culture and of its connection to the land in almost a physical way."

Love of place was something he found very specific to Appalachia and it resonated with him when he first came to the state and when he returned later. The desire and need of the people to have a distinct place was and still something that defines West Virginians.

"One of things I feel in the air in West Virginia is the tension around a loss of place," Osnos said. "When you lose the thing that makes a town what it is — be it how the people make a living or the culture or even the stores they grew up with — it's very disorienting. That's not unique to West Virginia, but it's vivid in West Virginia."

The Mountain State has a storied history with war. The state was born out of the Civil War yet, historically, West Virginia has sent more than its fair share of men and women to fight in various wars.

In the years following 9/11, all of the U.S. rallied around the ideals of patriotism and freedom, but those faded as the war in the Middle East raged on.

"In 2001 and 2002, the deployments [overseas] were celebrated with fanfare. Departures from the airport in Clarksburg were kind of an event," Osnos said. "Overtime, people would go back over and over to these repeated deployments."

Over time, the public opinion and local news coverage grew weary of the deployments and over the uprooting of these young West Virginians and service personnel.

"I remember a line from the newspaper that read, 'For many of the people going overseas, this is not their first deployment' that was a subtle example of the cumulative toll that the wars were taking on American life," Osnos said.

Osnos' book points out the corrosive effect of the post-9/11 wars that went mostly unrecognized by politicians to the degree he believes it should've been. The denial of West Virginia's silent suffering bred resentment for many of the presidential administrations who oversaw the wars, as well as local governments.

"I left West Virginia with knowledge of the strength of local community and of the bonds within a community that I did not have before living in Clarksburg," Osnos said. "I think it really comes from the experience of having worked very hard ... for decades and generations.

"That brings with it the knowledge that when you fall on hard times, you have no one to turn to but your neighbor, your family or your church."

Osnos found this atmosphere starkly contrasted when he moved from Clarksburg to Chicago.

Working at the newspaper in Clarksburg, he found he was met with what he called "more friendship than I deserved." In Chicago, writing for The Chicago Tribune, it was almost like he was anonymous.

"Working in Clarksburg you realize that everybody knows everybody eventually. You're only a few steps removed from knowing anyone," Osnos said.

The strength of connection in West Virginia leads to the formation of a tight-knit culture where changes in, say, political affiliation spread quickly.

Osnos' goal in telling West Virginia's story in his book was to include the state in the national narrative. So often, the stories told of West Virginia are those of poverty or drug addiction. His goal was to tell a piece of the story of North Central West Virginia.

"West Virginia has affected me in some really distinct ways," he said. "I wanted to ensure that the perspective and experience of a place I care about is reflected in national politics and is not overlooked."