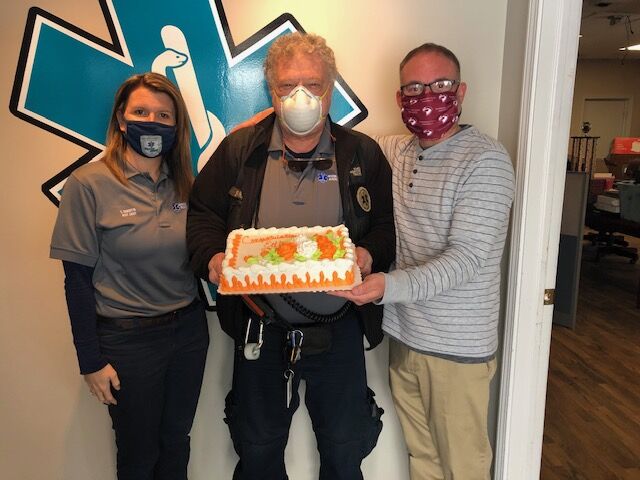 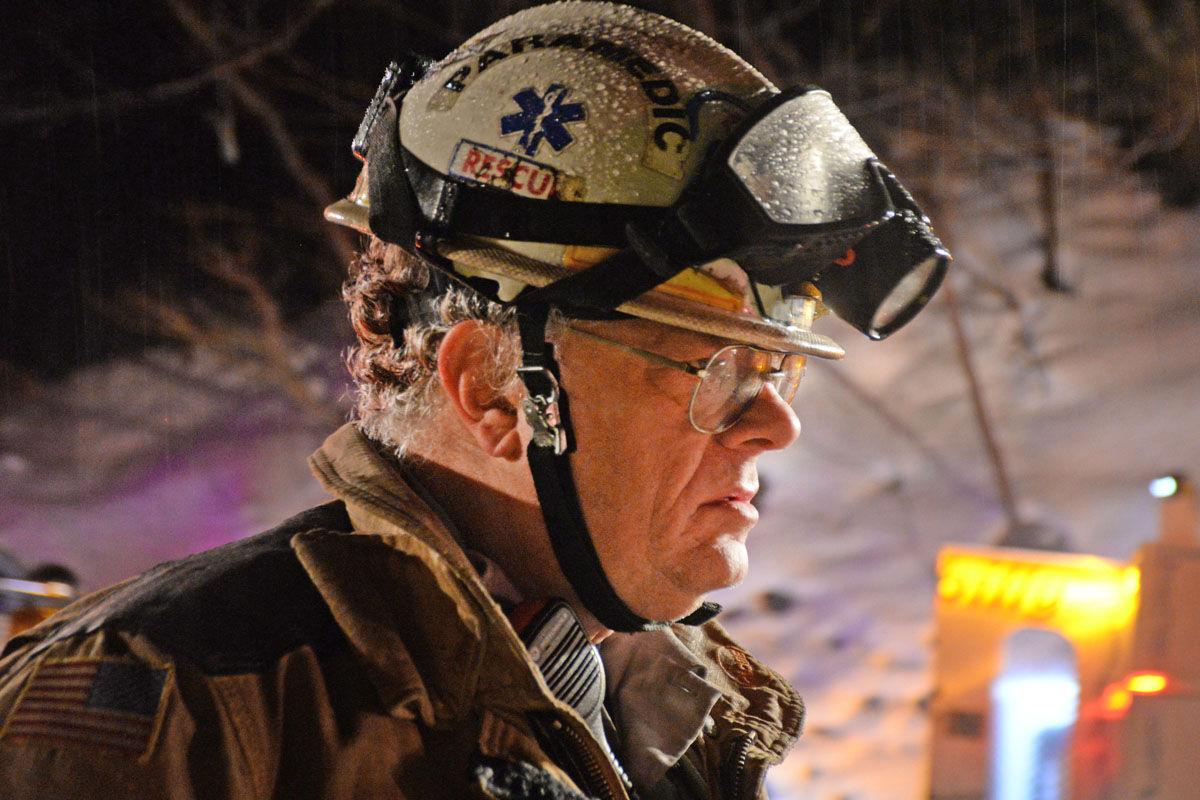 In this Feb. 2016 photo, paramedic Ed Sparks watches as towing crews bring up a vehicle that went over an embankment on Monumental Road. 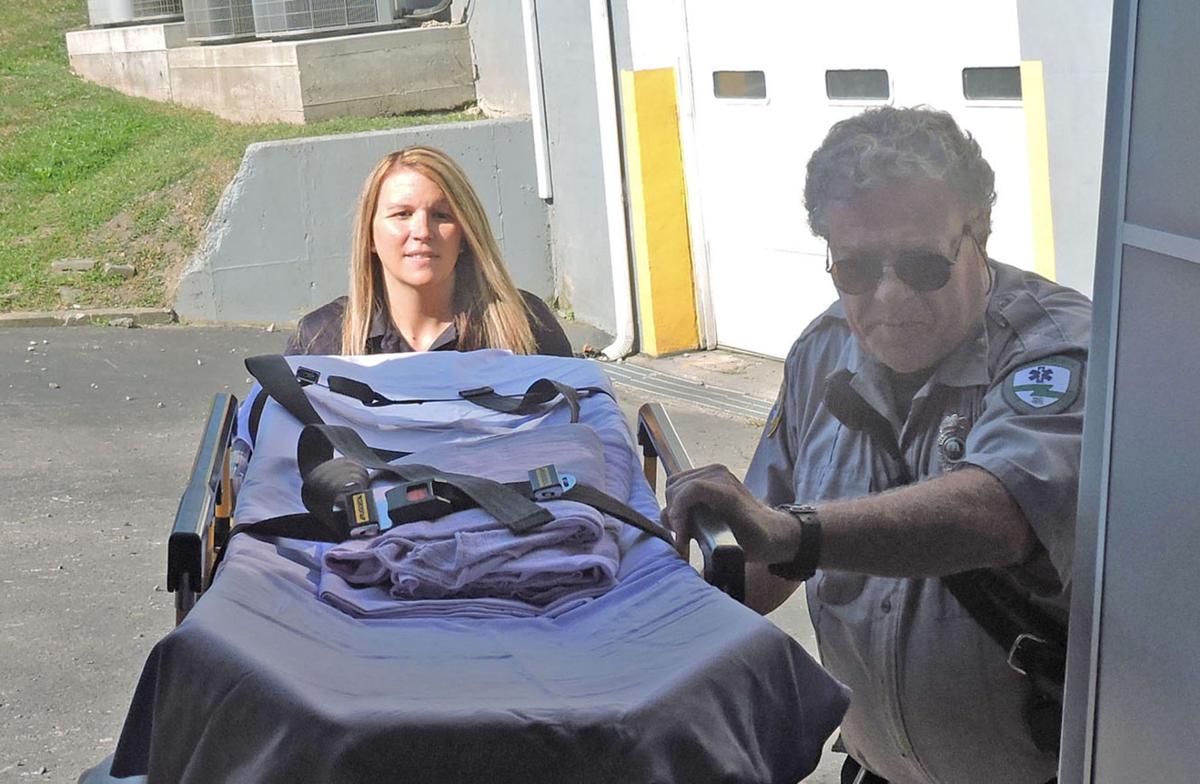 In this Aug. 2015 file photo, Stephanie Vandetta, left, helps Ed Sparks put a gurney in the back of a Marion County Rescue Squad ambulance.

In this Feb. 2016 photo, paramedic Ed Sparks watches as towing crews bring up a vehicle that went over an embankment on Monumental Road.

In this Aug. 2015 file photo, Stephanie Vandetta, left, helps Ed Sparks put a gurney in the back of a Marion County Rescue Squad ambulance.

FAIRMONT — As a six-year-old, Ed Sparks pretended to conduct rope rescues on his mother’s clothesline mimicking characters from the old TV show “Rescue 8.”

In 1981, he got his first job as a paramedic in Anmore where he earned $1 an hour. This past Tuesday, Sparks, chief of special operations at the Marion County Rescue Squad, was recognized for 40 years of service as a rescue paramedic.

“That TV show taught the whole world that you could have paramedics here, not just in the big city, and people demanded it they were upset and they said why can’t we have paramedics? We have more heart disease than probably LA combined,” said Sparks.

Sparks originally went to college to become a mechanical engineer and then went into emergency medical services. He said people often worked paramedic jobs on the side.

“I became a paramedic on Groundhog Day and it’s everyday doing it over and over until you do right, and then when you do it right they change the rules,” said Sparks.

He belonged to the Anmore squad for 25 years and worked there both as paid staff and as a volunteer. And while he came to Marion County in 1993, he still calls Harrison County home.

Sparks took a moment Feb. 2 to recall some of the most challenging events he has endured on the job in Marion County. He recalled the 2017 Mannington Flood where he oversaw boat crews that were sent out to rescue homeowners trapped by the rising flood waters. The flooding impacted 522 homes, including 70 that had major damage and another 35 that were destroyed.

In his leadership role, Sparks is in charge of firefighter rehab, vehicular rescue and rope rescue.

“I train these people to be the solution to the problem, not another problem,” said Sparks.

He said the love of the work is what has kept him going for 40 years and describes rescue as “this beautiful and beneficial insanity.” He said a lot of people don’t want to do rescue. He said in West Virginia firefighters, EMTs and rescue workers do not specialize. Each one has to be able to do another’s job.

Sparks said if you saw the inside of his ambulance, he has a whole bunch of his own personal rescue equipment including rope rescue harnesses. He said as a rescuer, he really wants to make a difference.

He said being a rescuer is a fit – a square peg in a square hole. Sparks said he’s close with his crew having trained many of them. He said what he loves about rescue is the challenge of it and knowledge needed.

“My favorite phase is ‘you would have been so proud of me’ and I said ‘I’m already proud of you but I want to hear the story,’” he said.

Sparks said he is the best at what he does but only when he remembers what the best taught him. He said he is still willing to learn more.

“This old dog wants to learn new tricks, but I’ll turn around and teach it to somebody else,” he said.

His passion for teaching others lies in when his students come back to him and tell him they used something he taught them. He said his job is not to save lives but it’s to help people and make a difference.

“He has been priceless in helping to advance EMS care and protecting the lives of all the people of Marion County,” he said.

Stephanie Vandetta, assistant chief of operations, said working with Sparks has really brought the best out of the crew. She also said he’s been a great teacher.