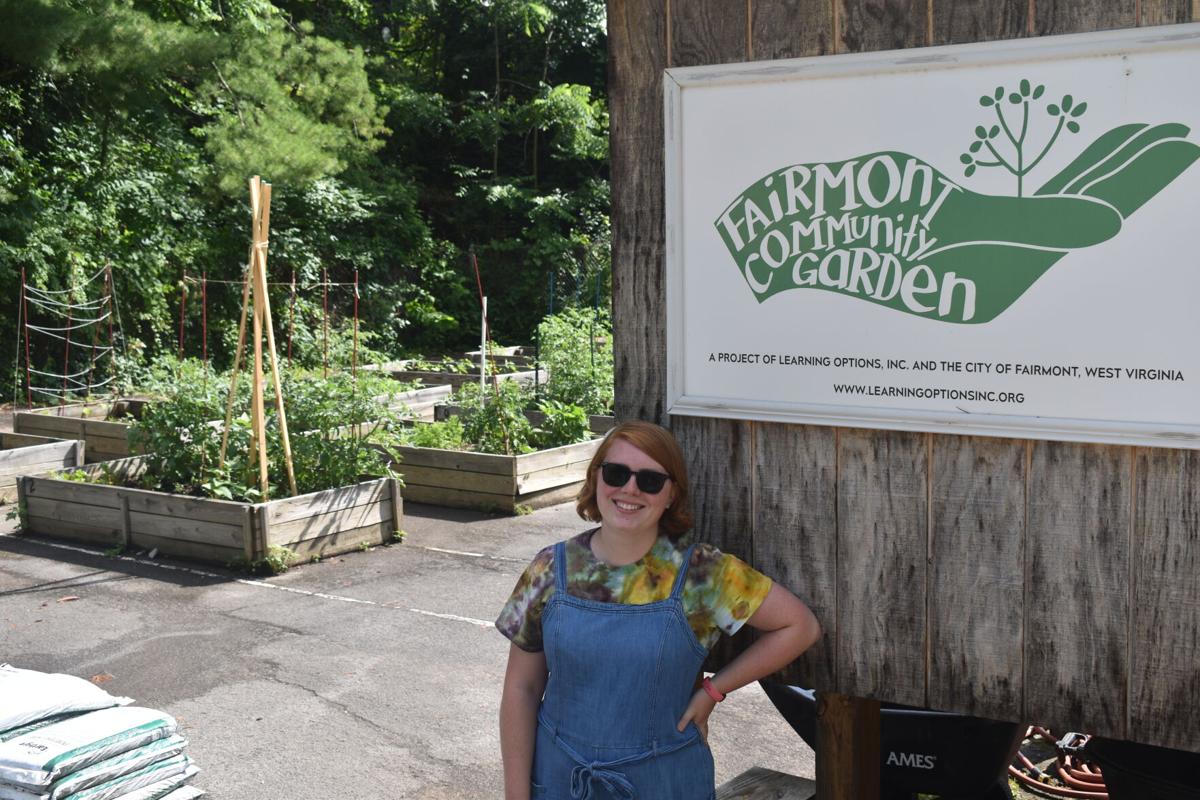 Shelby Dillon, the garden coordinator, standing in front of the rented plots in the community garden. 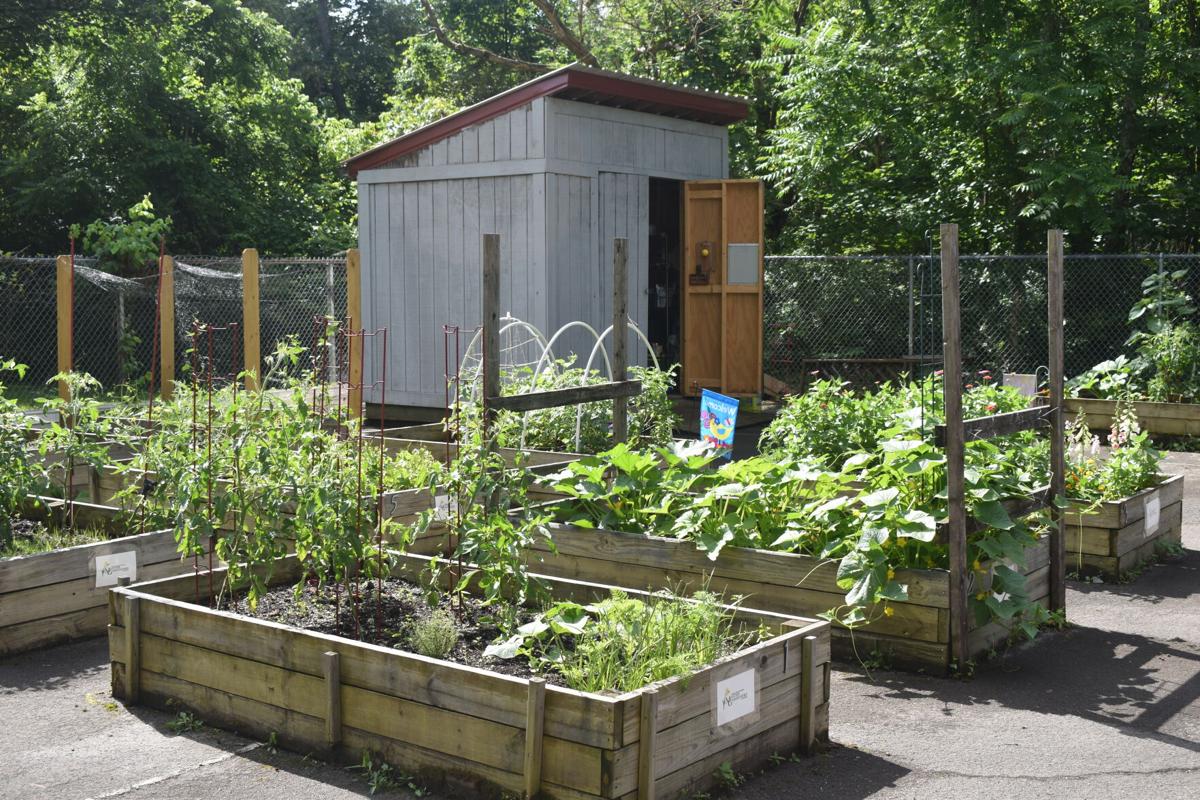 Shown are the plots used by the organizations sponsoring the Marion County Parks and Recreation Commission’s garden operations.

Shelby Dillon, the garden coordinator, standing in front of the rented plots in the community garden.

Shown are the plots used by the organizations sponsoring the Marion County Parks and Recreation Commission’s garden operations.

An old, abandoned tennis court in the middle of Fairmont has received new life as a community garden.

Just above Coal Run Hollow down a gravel road off of Oliver Street in the middle of Fairmont sits a paved lot, which was formerly a tennis court. Now it’s covered with wooden plots, filled with flowers, vegetables and other fauna, planted by the the Fairmont community and local organizations.

At the start of 2021, the Marion County Parks and Recreation Commission was contacted by a group of students from Fairmont State University about a possible project management course. Their idea was to form a community garden.

“They contacted us for some possible vacant property,” said Rachel Mitchell, assistant director for MCPARC. “We didn’t have any property at the time within city limits. [The students] were wanting it to be near the university.”

Originally, MCPARC was going to just leave it to the students and the university to search for a property, then help them with the labor of building the plots and support to help fund the garden.

Mitchell remembered that the City of Fairmont owned a plot of land that was an abandoned asphalt court that had been turned into a community garden by an organization called Learning Options, though the site was in disrepair and hadn’t been used in several years.

“We got with the city and they were on board with us using the property,” Mitchell said. “I got in contact with Learning Options, so with Fairmont State and Learning Options things got off the ground.”

Not long after, other organizations joined in. The Marion County Master Gardeners and the WVU Extension Office pitched in on the idea. These two together with MCPARC, Fairmont State and Learning Options make the five groups who are most active in the garden.

“Between the five organizations we were able to start the MCPARC Community Garden as it’s known today,” Mitchell said.

This year brings the first season of the community garden’s new life. There are beds specifically reserved for the five partner organizations, but the rest of the plots are open to be rented by the public.

At first, MCPARC was to take a sideline role in the garden’s creation,. But as the project evolved, MCPARC became more and more involved.

The organization cleaned the garden, staffed the site and committed to maintaining the location.

“It really wasn’t on our radar until those students from Fairmont State came to us,” Mitchell said. “It turned out to be something really great for the community and all the interested groups.”

Since the start of the season, the garden has been used by each of the vested organizations to do some sort of programming. Learning Options did a class on how to grow food, WVU Extension Office has taught about healthier eating, and MCPARC is making sure everything runs smoothly.

There are around 11 families who are renting beds and growing in the garden, and there’s a Girl Scout troop that also has a bed there.

When the garden was owned by the city, there were many stipulations for growing there. MCPARC hired a garden coordinator to help make the garden more accessible to the public.

“I love watching things grow. I love when the kids come in and I get to teach them about growing,” said Shelby Dillon, the coordinator for the community garden.

And even though the growing season is at its mid-point, it’s never too late to take a peek at what’s going on in the garden, Dillon said.

The goal of the community garden is to allow local residents a place to garden, especially if they lack space to do so on their own properties, and for MCPARC, that goal has been a success.

“One of the big picture missions of this garden was to increase accessibility to gardening for the community,” Mitchell said. “I think we’ve done that.”

Once spring rolls around, the process to rent a bed will be open again.

Renting a bed at the garden is $20 for the season and the garden supplies everything needed — from seeds to soil to water.

For more information about the community garden, call MCPARC at 304-363-7037 or visit the group’s website at www.mcparc.com/community-garden.