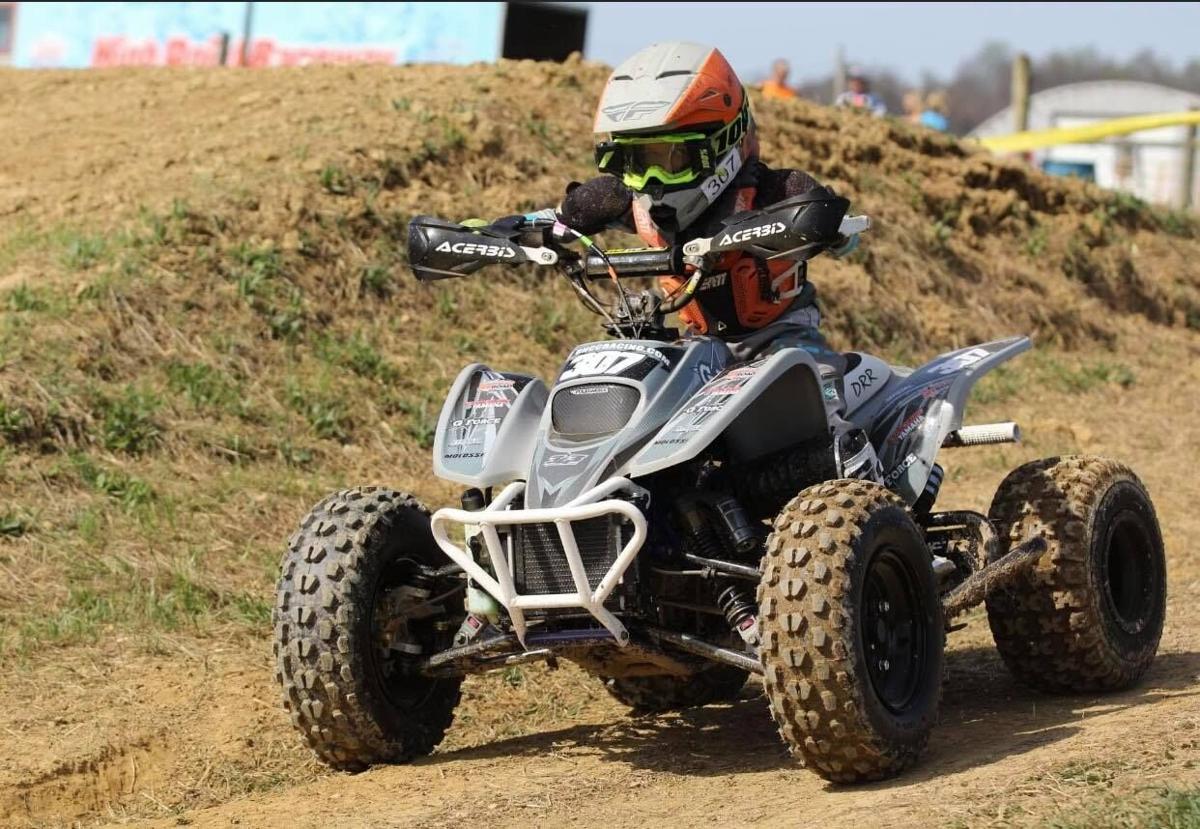 Cruz Steele racing his 4-wheeler in one of the events. 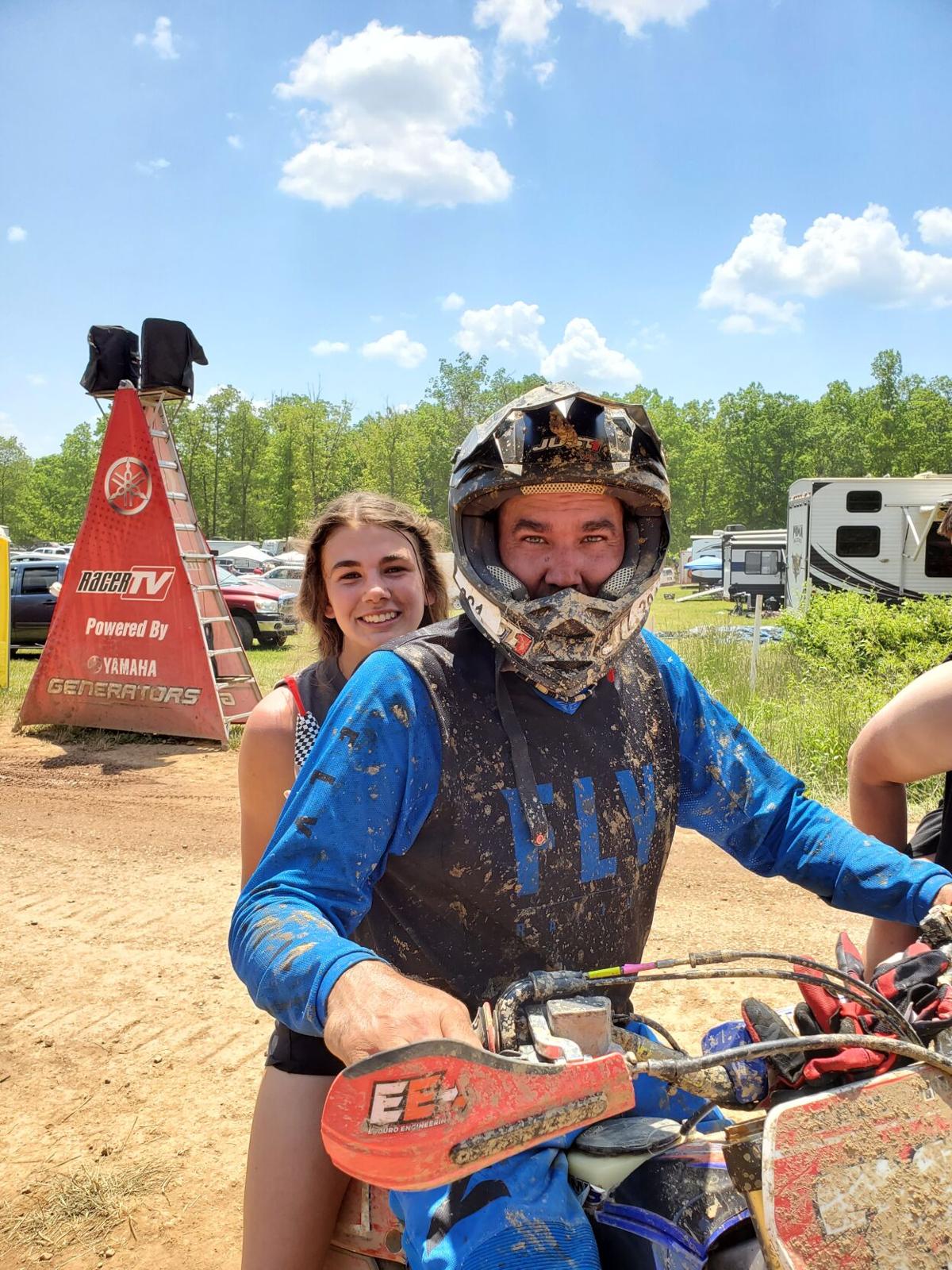 Gary and Kyleigh Fridley after one of Gary’s races. 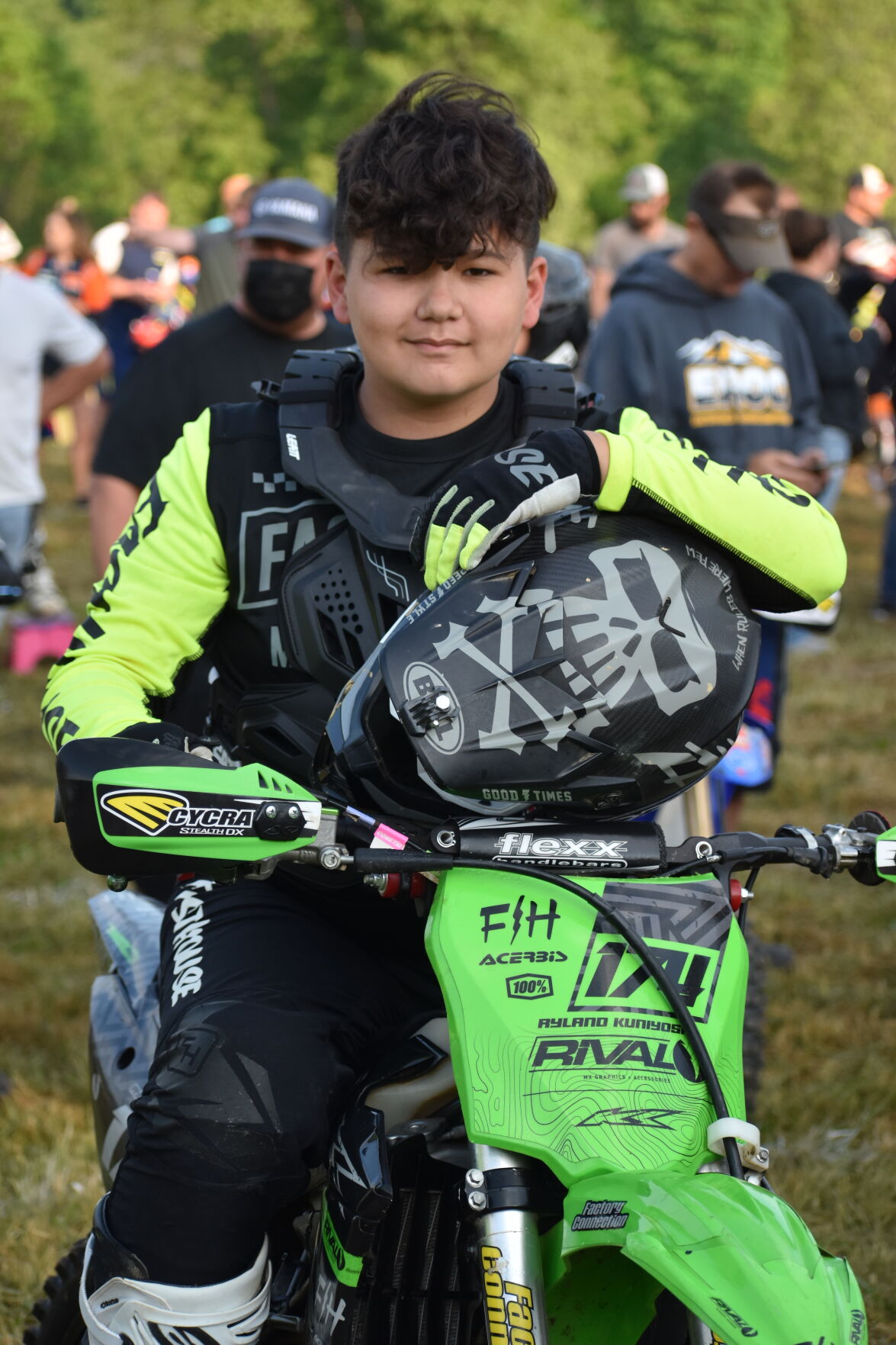 Ryland Kuniyoshi just before one of his races begins. 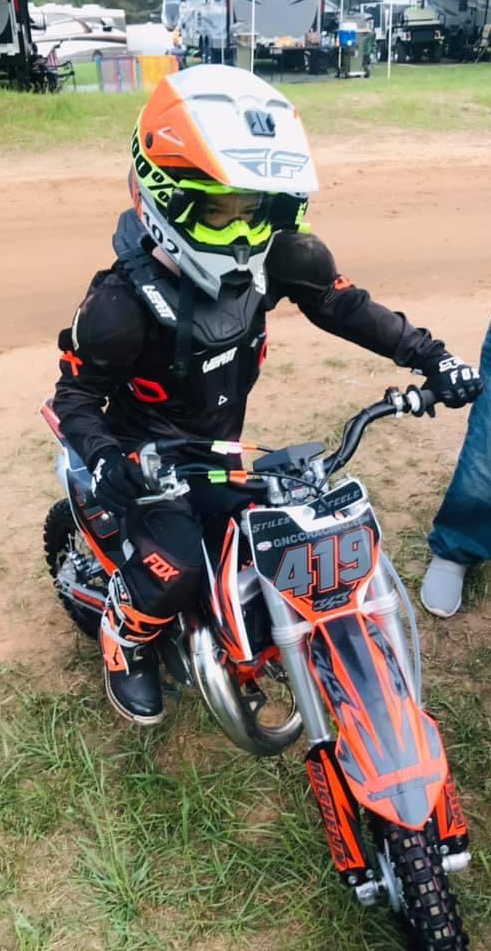 Stiles Steele ready to race his bike in one of the events. 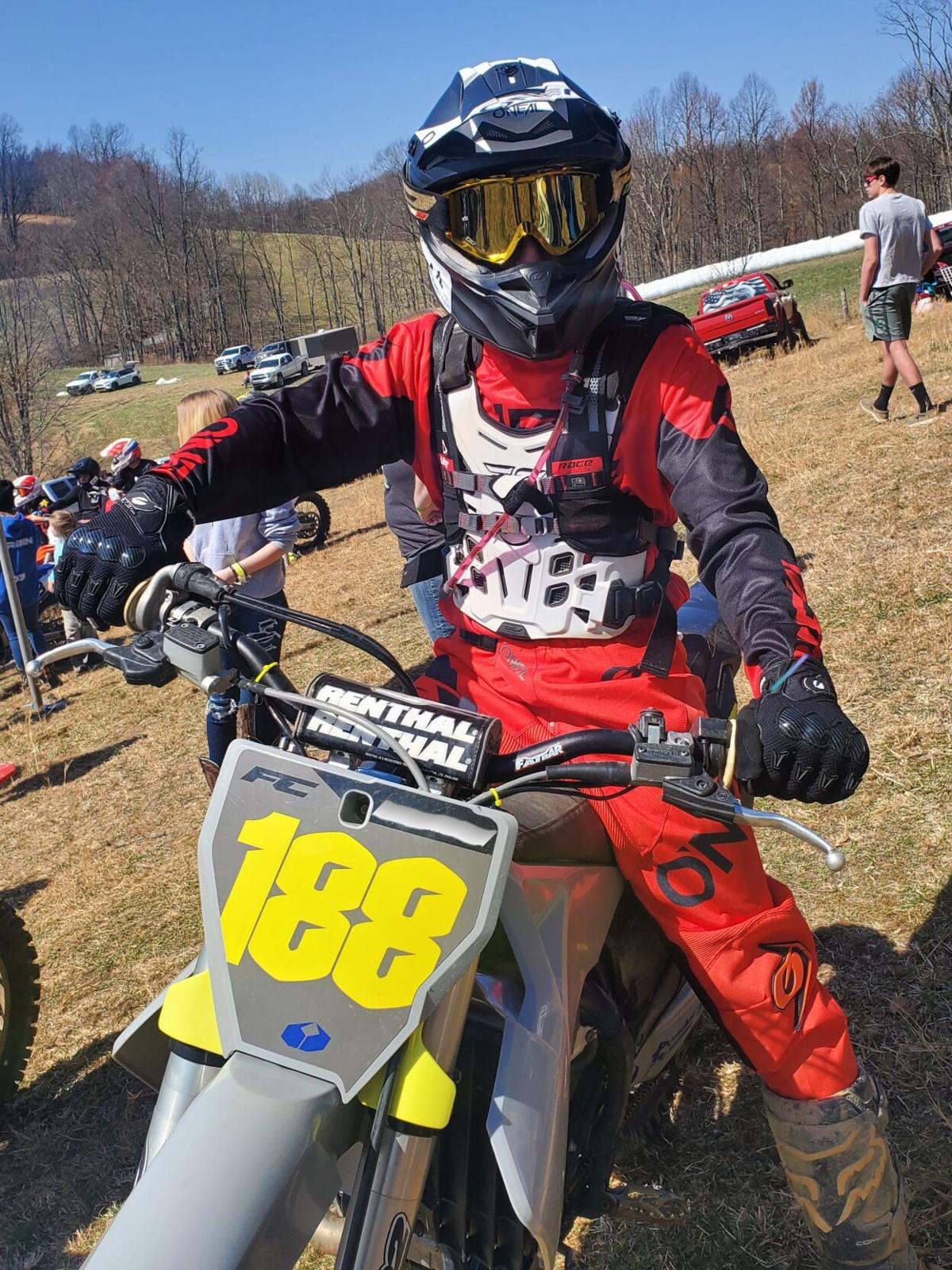 Waylon Garrett warms up to race in one of the cross country events.

Cruz Steele racing his 4-wheeler in one of the events.

Gary and Kyleigh Fridley after one of Gary’s races.

Ryland Kuniyoshi just before one of his races begins.

Stiles Steele ready to race his bike in one of the events.

Waylon Garrett warms up to race in one of the cross country events.

PLEASANT VALLEY — Dirt bikes are fun, but it takes a special kind of rider to take them cross country.

“It’s not as easy as people think,” said Gary Fridley, who’s been riding dirt bikes for 40 years. “It takes a lot of training, riding and staying in shape.”

When some people hear about dirt bike racing, they think of tight, dirt tracks with short laps and jumps, however, that’s Motocross. What Fridley and this crew of Fairmont natives do is cross country racing.

The Grand National Cross Country Series is a tour of cross country races across Appalachia and into the midwest. But Fairmont is a town of acclaim in the series. At the John Penton GNCC in Millfield, Ohio that took place May 22, Fairmont was represented by about 20 riders.

Of those riders, Fridley took first place in his division, the Super Senior A for riders age 45 and up, and Marion County has many more riders, most of them under 18 years old.

Fifteen-year-old Waylon Garrett, of Fairmont, has been riding competitively for over a year having raced in around 15 competitions. Like most everyone who rides, Garrett was inspired by a family member, his Uncle Jason Lemley.

“I went to all [Jason’s] races probably since I was about five,” Waylon said. “I just always wanted to have a bike and ride ever since then.”

Racing runs thich among family and friends. In Waylon’s case, he was inspired, not only by his uncle, but his friend Ryland Kuniyoshi, a 13-year-old who lives across the street from Waylon.

“Ryland let me ride his bike at one of the races and I’ve been on them ever since then,” Waylon said.

Ryland has been riding in these events for around the last three years and loves it. He’s been racing ever since he got his first dirt bike.

“The excitement you get, and trying to get better at it,” Ryland said. “Getting better and trying to beat people, that’s what I like about it.”

Many of the Fairmont racers usually travel to the events together as a close-knit group. Another member of their squad is Fridley’s daughter, Kyleigh Fridley.

Kyleigh, who’s 15-years-old, got a bit of a head start. She began riding when she was just 4-years-old. Being the daughter of someone like Gary Fridley has its perks as she’s spent the last 11 years riding and traveling with her dad.

“My dad is what got me into [racing],” Kyleigh said. “He rides and races all the time and he’s pretty good.”

These events have sections for all ages and even Stiles Steele who is eight-years-old and his brother Cruz Steele, who is six, compete in these races in their own divisions.

There are many other Fairmont racers that join in the fun, and some GNCC officials at the Ohio event took notice of it.

“[The announcers] where talking about all the talent that had won that day,” said Nicole Garrett, Waylon’s mother. “[The announcers] said, ‘We don’t know what’s going on in Fairmont, West Virginia but they sure are breeding them right there.’”

That announcement meant the world to the racers and their families to bring that sort of positive recognition to Fairmont.

“These kids don’t get the typical recognition they would get if they were in high school sports,” Garrett said. “But this is their sport.”