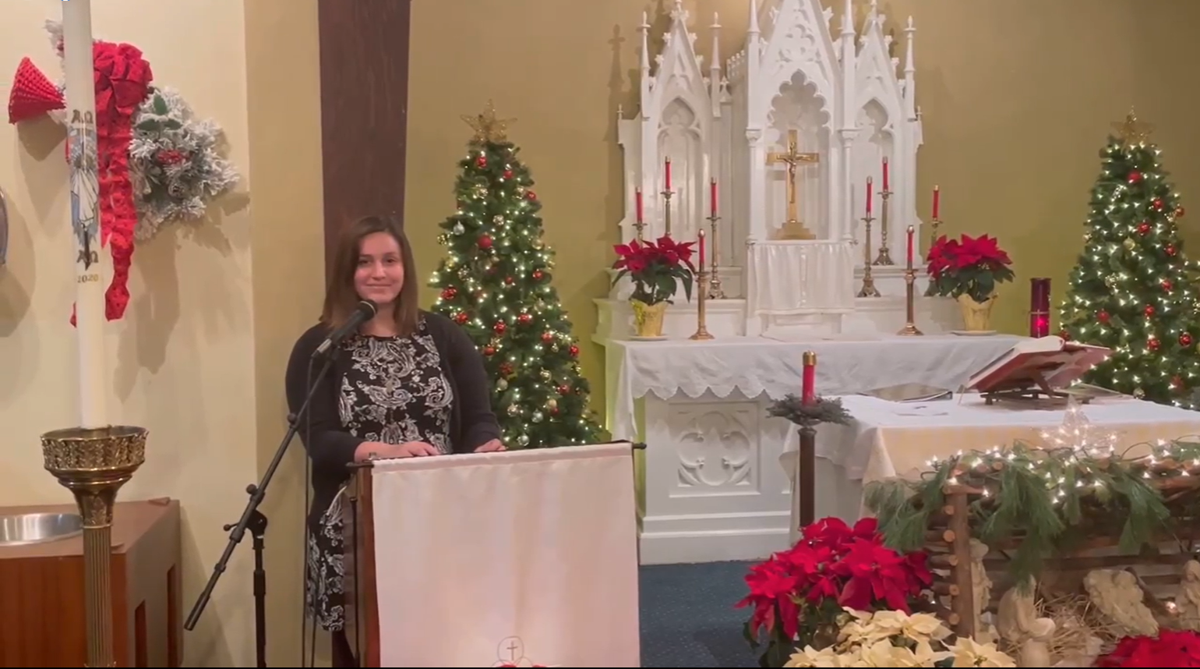 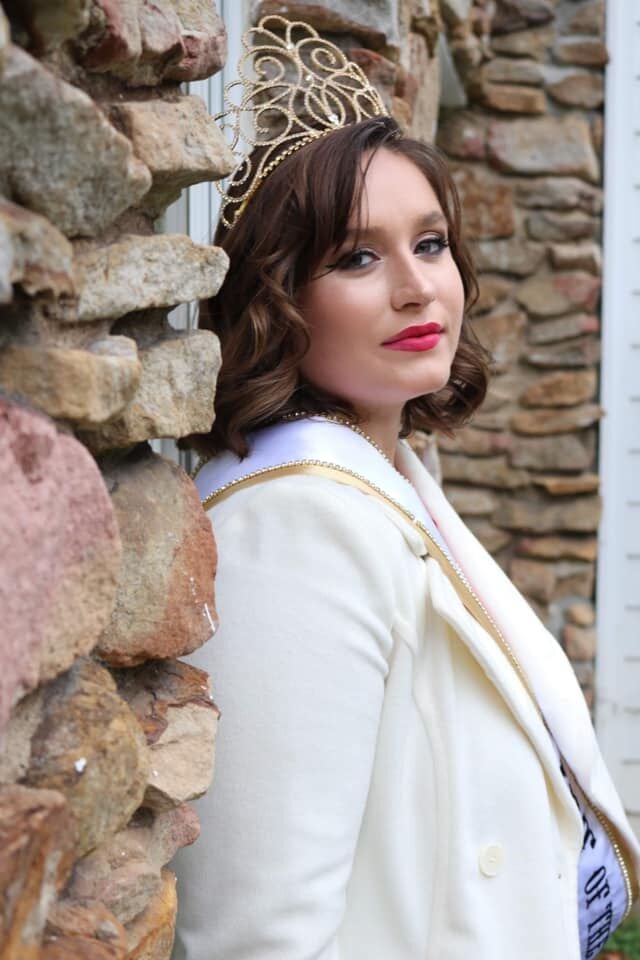 Headshot of Franchesca Aloi, taken after she was awarded the Heart of the Star for Seeking Stars Art.

Headshot of Franchesca Aloi, taken after she was awarded the Heart of the Star for Seeking Stars Art.

A church sits virtually empty with nothing but a priest, a young woman singing and her grandmother on the organ and a camera.

The sanctuary is filled by the voice of Franchesca Aloi, a 20-year-old Farmington native who has donated her time during the pandemic shut down to, “be a light” in the lives of others.

Aloi, who’s been a cantor since she was 7-years-old, grew up in the catholic parish of Saint Peter in Farmington.

At the start of the pandemic, her priest, Father Vincy Illickal, also the priest for St. Patrick’s Parish in Mannington, didn’t want to leave his parishioners without a mass to celebrate, so he turned to Facebook Live, however, he couldn’t do it alone.

“[Vincy] asked me to sing for the livestreams, and those were for both parishes,” said Aloi.

Along with her grandmother, Diane Aloi, who is the organist for St. Peter’s, Franchesca Aloi would sing to an empty church but knew there were many people on the other side of the camera watching her.

“At the start of the pandemic there wasn’t much going on,” said Franchesca Aloi. “Church became that thing that I could look forward to. Singing and bringing a lot of happiness to people through my voice.”

“We would get a lot of views and a lot of comments on the masses,” said Diane Aloi. “We performed every mass every Sunday through the pandemic and we still do at St. Peter’s.”

But Franchesca Aloi’s charity through the pandemic didn’t stop after Sundays. She also began recording and posting videos of her singing. She posted one for Christmas, New Year’s, Valentine’s Day and is hoping to continue with Easter.

“It means a lot knowing that I uplift someone through this really hard time with my singing,” she said. “I wish I could’ve been even more involved.”

Her videos have made their rounds, not only in West Virginia, but overseas as well.

“My friend from a different country shared it on Facebook,” she said. “He heard from people he knew from all over saying how much they enjoyed the video.”

But Franchesca Aloi’s involvement in, as she put it, “being a light” in the lives of others didn’t stop with the church. She also would help families by tutoring their children who were struggling through remote learning.

“My relative got me connected with a family and I would tutor their kids a few days a week,” she said. “That was a turning point for me. I really enjoyed getting to know the children and being able to help them. It was a privilege to makes their lives just a bit easier.”

Many folks don’t know what to do with themselves during the pandemic and Franchesca Aloi also wanted to remain busy.

“These things were much better for me to do than to just sit at home and stare at a TV,” she said. “It really gave me a kind of purpose.”

These experiences have made a lasting impact on Franchesca Aloi, and in this past November, she officially committed her life to Christ.

“Being able to come home and just sit and think after helping these people led me even closer to [Jesus],” she said. “I just completely surrendered my life to Him.

“All through COVID, I was led to all these Christian people and it never dawned on me until then that it was God trying to get my attention.”

And her efforts have been felt by many and her grandmother couldn’t be prouder.

“To me, she’s my heart,” said Diane Aloi. “I’ve been the organist at St. Peter’s for 57 years, and to have her there beside me just means the world.”

Franchesca Aloi wanted to thank her “nunna” Diane Aloi, her pops Donny Aloi, her priest, Father Vincy and Jesus for leading her down this path.