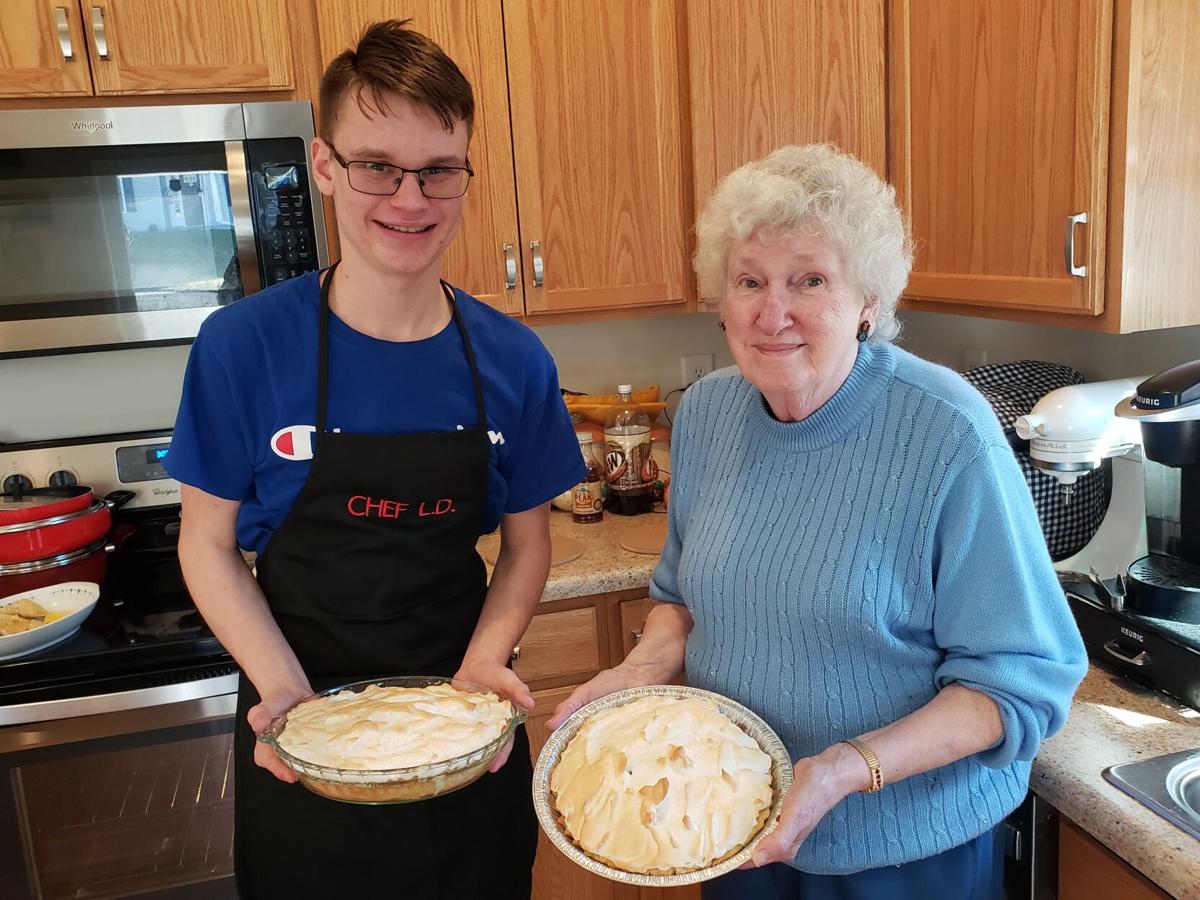 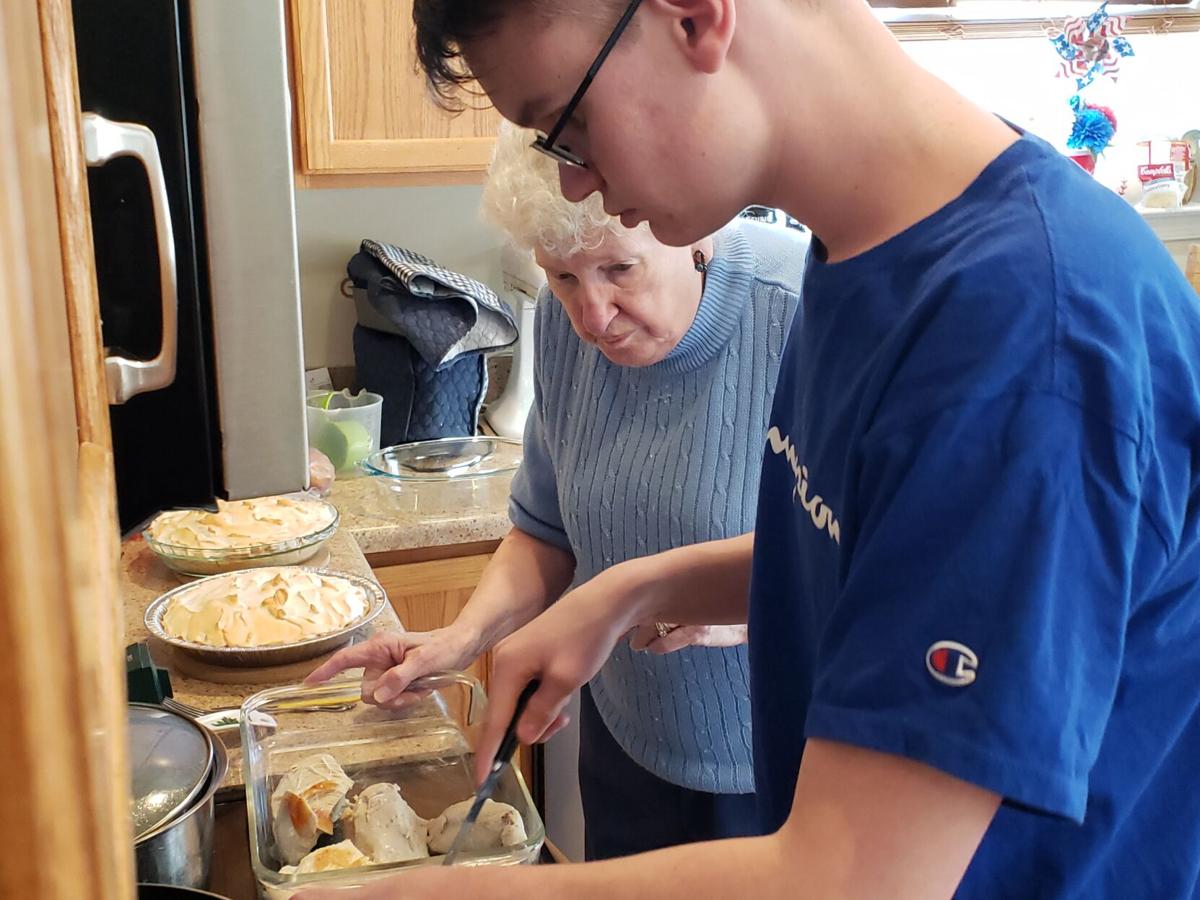 Edgell oversees Decker while he carefully skins the chicken to make the dish Chicken Perfection. 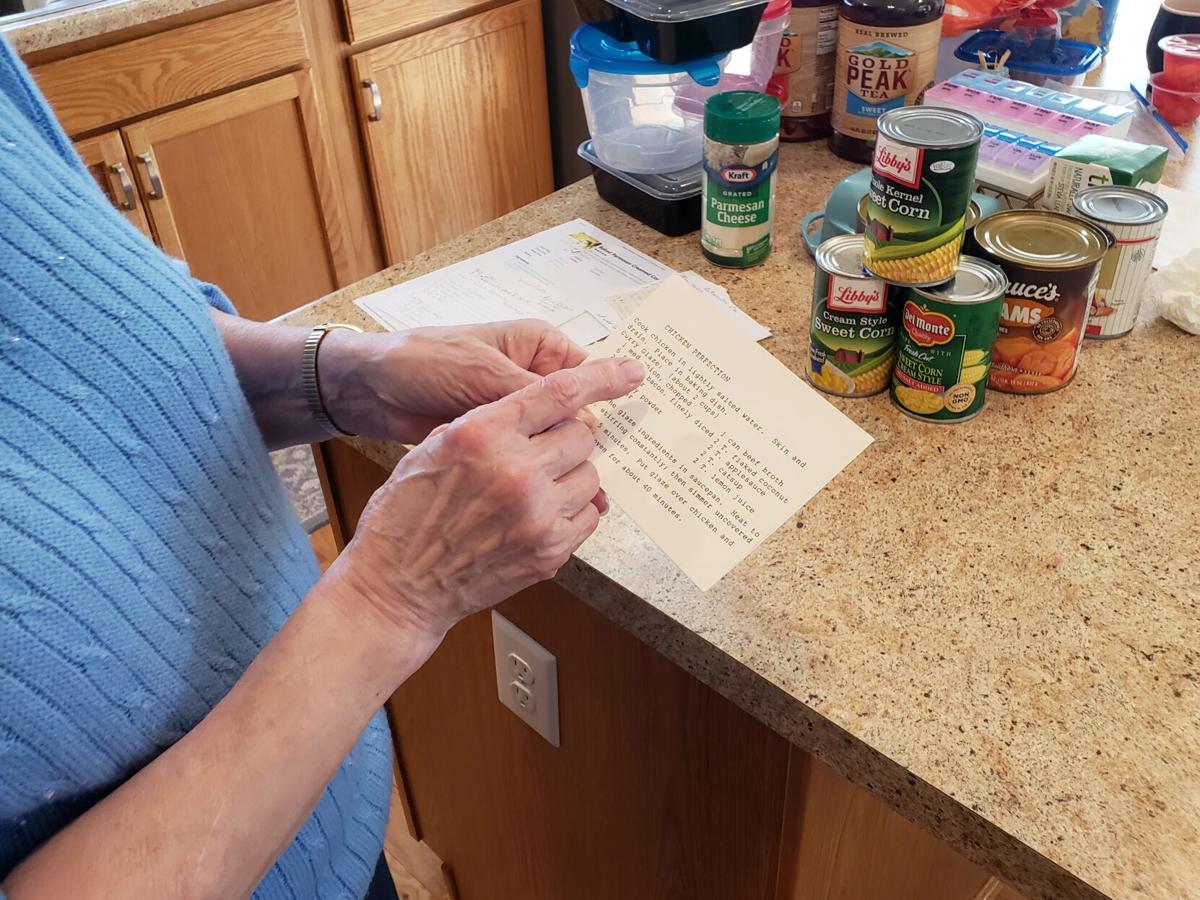 Edgell oversees Decker while he carefully skins the chicken to make the dish Chicken Perfection.

WHITE HALL — While others stay indoors with nothing to do, a great-grandmother decided to donate her time to pass down knowledge.

Arlene Edgell, an 87 year-old resident of White Hall, was pleasantly surprised to hear her great-grandson, Logan Decker, was interested in learning to cook.

Edgell recently planned a full Sunday dinner for Decker’s family at her home, but she would not be the head chef at this event. Decker would do all the cooking, serving and preparing, under her guidance.

She planned a full menu with grape salad, spiced carrots, sweet potato casserole, baked corn and topped off with butterscotch pie for dessert. The main dish — a baked chicken dish called Chicken Perfection — requires a lot of prep work and is always a hit at Edgell’s.

“Right when COVID hit there was just nothing to do at the house,” said Decker, who is 16. “I just started experimenting with things to make and finally started to like it.”

Decker puts all he has in anything he does. A straight-A junior at Fairmont Senior High, he is also working to become an Eagle Scout. Learning to cook will be no exception.

It’s not hard to see where he gets it from. Edgell shares his passion for perfection and strives for it in all her hobbies, which include everything from painting to cooking to quilting.

“I can remember standing on a stool and mother telling me what to do,” said Edgell. “By the time I was married I could (cook) anything.”

Growing up in the depression taught Edgell to work with what she had and to be grateful for it too. One of the most important things she has is her knowledge and experience.

Many of the recipes Edgell shares are her own creations, handcrafted through years of cooking.

“I don’t want them to die with me,” Edgell said. “Goodness knows I could give (Decker) this butterscotch pie recipe but I don’t know if he could do that.

“After today I think he could actually go home and make this pie if he wanted to. The hands-on is absolutely critical for our generations today.”

Many young people today struggle with self-sufficiency. Decker has a goal to avoid any of those worries in the future.

“The main worry I have is that I’m not going to have the skills I need when I grow up,” said Decker. “Days like today or days I’m with my dad working, I get to experience some skill that maybe I won’t need right now, but maybe I will 10 or 20 years down the road.”

Not only were the lessons learned worthwhile, but the time Decker spent with his great-grandmother will be a memory he can pass on to his family in the future.

“Especially after the last year, any time I get to spend with any of my grandparents means the world,” Decker said. “I get to leave the house, I get to do something fun for the first time in a while and I just love it.”

“It means everything to me to have a great-grandson that wants to come spend the day with an 87 year-old lady and learn,” she said. “I’m proud of him. I really am.”

Edgell’s hope is that she inspires someone to do the same thing she has done. She hopes that others follow in her footsteps and pass down their knowledge.