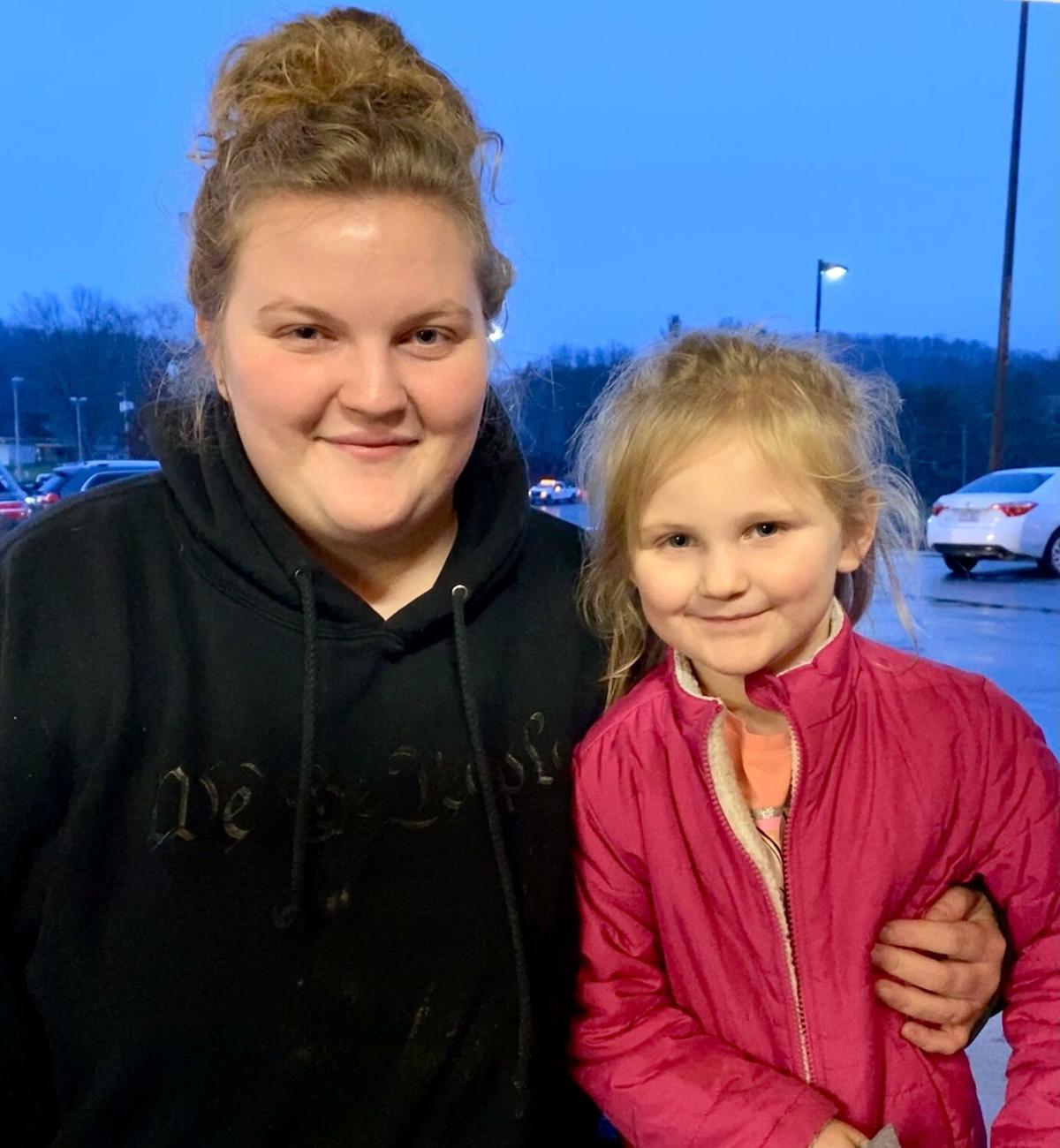 Brianna Longwell and her daughter Hayven. 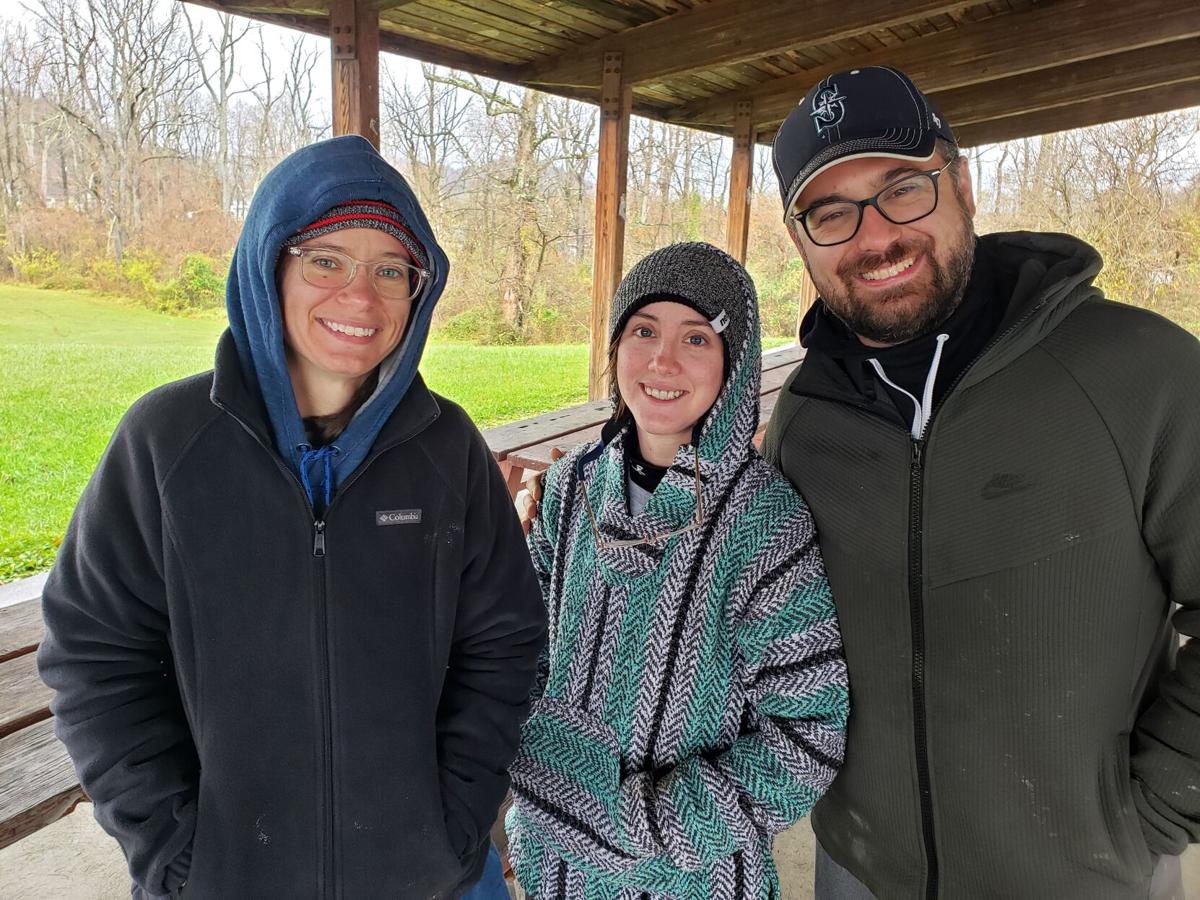 Emily Cunningham, left, and her brother Daniel, right, share what they’re thankful for. Between them is their friend Haven Harmon. 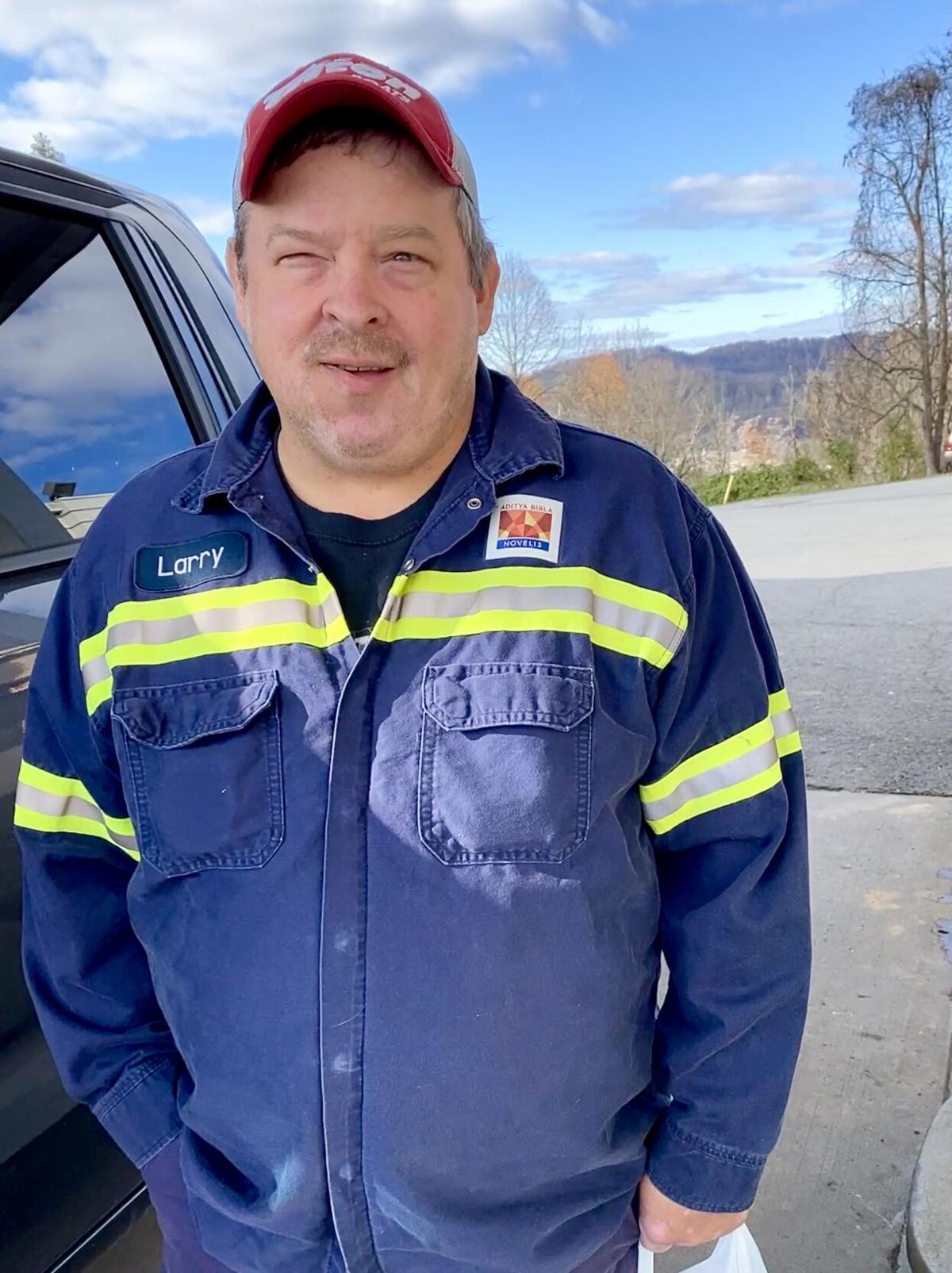 Larry Orloff said he is thankful for his son and the fact he didn’t lose his job during the pandemic like many people did. 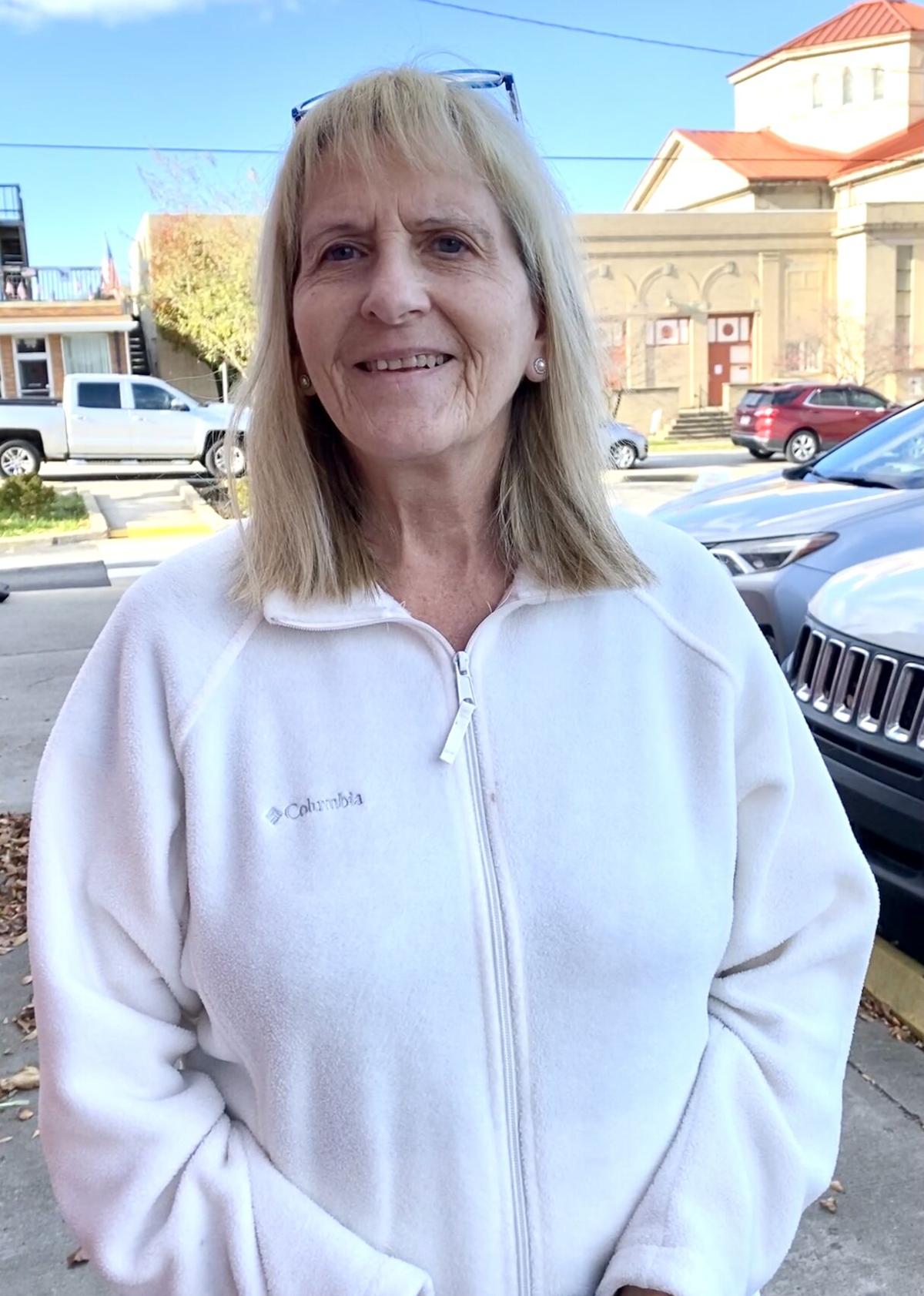 Suzanne Pickstone, of Fairmont, is thankful for everything this year. 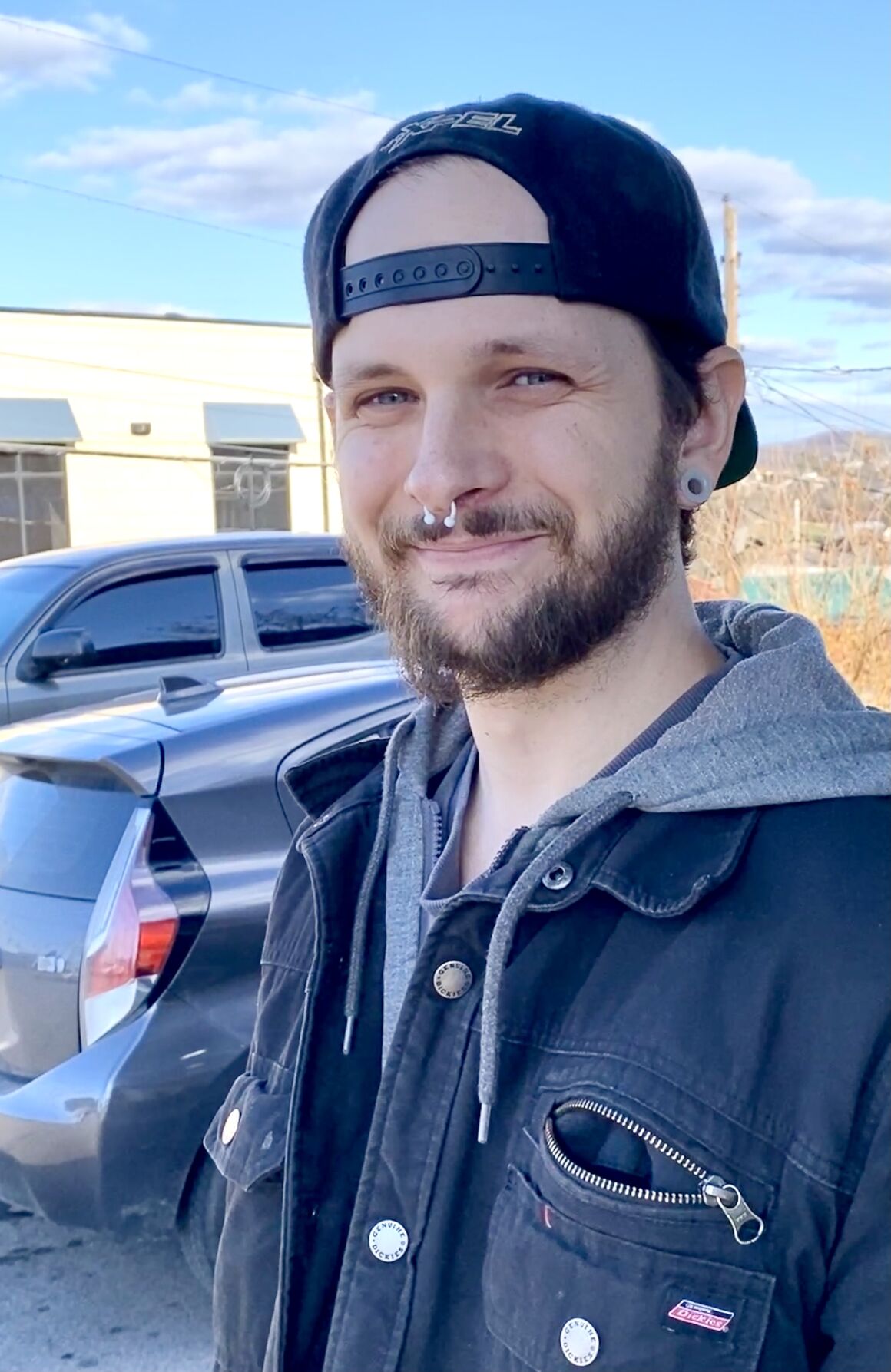 Zackary Rathbun, of Joetown, is thankful for his friends and family.

Brianna Longwell and her daughter Hayven.

Emily Cunningham, left, and her brother Daniel, right, share what they’re thankful for. Between them is their friend Haven Harmon.

Larry Orloff said he is thankful for his son and the fact he didn’t lose his job during the pandemic like many people did.

Suzanne Pickstone, of Fairmont, is thankful for everything this year.

Zackary Rathbun, of Joetown, is thankful for his friends and family.

FAIRMONT — As the holidays begin and 2021 begins to fade, hindsight shows a turbulent 12 months.

In January, the year began with the highest numbers of COVID-19 cases our country had seen. Over 25,000 West Virginians tested positive with the virus. Hospitals feared they’d be overwhelmed.

Masks remained a requirement but businesses tried to open slowly after the harsh lockdowns of 2020. Into February and March, many gained hope as the first few COVID vaccines began to become available.

The triumph of the vaccines were soon muddied by conspiracies and rumors. A portion of the public began to turn against the experts. By March, total deaths in the U.S. from COVID passed half a million, 2,500 of those were West Virginians.

As more people were vaccinated in the spring and summer, numbers began dropping rapidly and the country enjoyed a return to a modified form of normalcy. Summer barbecues and Fourth of July celebrations seemed like they had in 2019.

The calm was short-lived, however, as the new, more contagious delta COVID variant spread like wildfire. In August and September, the country hit new all-time highs of COVID cases, hospitalizations and deaths. West Virginia was no outlier.

The fears from the beginning of the year flooded back for many. Social tensions rose between those who trusted the experts and those who did not. Cases died down slowly through the fall and now the country finds itself in another lull as it heads into the busy and bustling holiday. The U.S. now sits at a death count of over 750,000, and COVID threatens another spike.

Despite the harsh year and the possibility of a grim future, some North Central West Virginia residents have many things for which they are thankful.

While many can say they’re thankful for the usual things such as family and health, this year has made many keenly aware of the importance of those gifts we often take for granted.

Rochelle Kinzer, of Fairmont, is thankful just for waking up in the morning to the life she has, though for many, that life was changed by COVID.

Emily Cunningham, of Bridgeport, is thankful for the health of her parents who are still thriving after these last few hard years.

“I’m thankful for my parents and their good health. I know a lot of people have had a hard couple years now and some people have lost their older parents. I’m lucky mine are still around and still help me out,” Cunningham said.

And many parents are just as thankful for their children. Mother of two, Brianna Longwell, of Mannington, said her family is everything to her.

“I’m thankful for my kids, that’s my biggest thing, my children, Hayven and Zinna. My family is everything to me,” Longwell said.

Larry Orloff is a father and is thankful he didn’t struggle for work like so many did throughout the pandemic.

“I’m thankful for family, my son, Matthew. I’m thankful for working, and being able to bring home [a paycheck] — to take care of my family. That’s a lot of it, definitely, friends and family,” Orloff said.

Daniel Cunningham, of Clarksburg, is a father of three who said he couldn’t have made it through the year without his kids.

“I’m thankful for my children for sure, more than anything in the world. They’ve been my rock and they’ve gotten me through everything.” Daniel Cunningham said. “The big thing that happened this year was I got a new house and that’s been a big change and it’s helped me a lot.”

Another father, Danny Sullivan, is also grateful that he and his family have come this far through the pandemic with their health still high.

“I’m thankful for my kid, plain and simple. She’s two-years-old and she’s a blessing,” Sullivan said. “Recently we all just got over COVID, I was scared when my two-year-old got it so I’m glad we all got over it.”

Some kept things simple, like Zackery Rathbun, of Joetown. After everything the country has endured in 2020 and 2021, what more does one need than friends and family?

“I’m thankful for my family and my friends,” Rathbun said.

After a year swirling with stories of sickness, being thankful for good health is something many are thankful for. Suzanne Pickstone, of Fairmont, said she’s thankful for her health and life and everything she has.

Haven Harmon, of Clarksburg, is thankful she and her family could get the vaccine and stay safe, and that no one in her family has been sick.

“I’m thankful that my family has been able to stay safe, we’ve gotten vaccinated and I’m getting ready to get my little one vaccinated,” Harmon said. “Nobody’s been sick, and that’s what we can really be thankful for this year.”