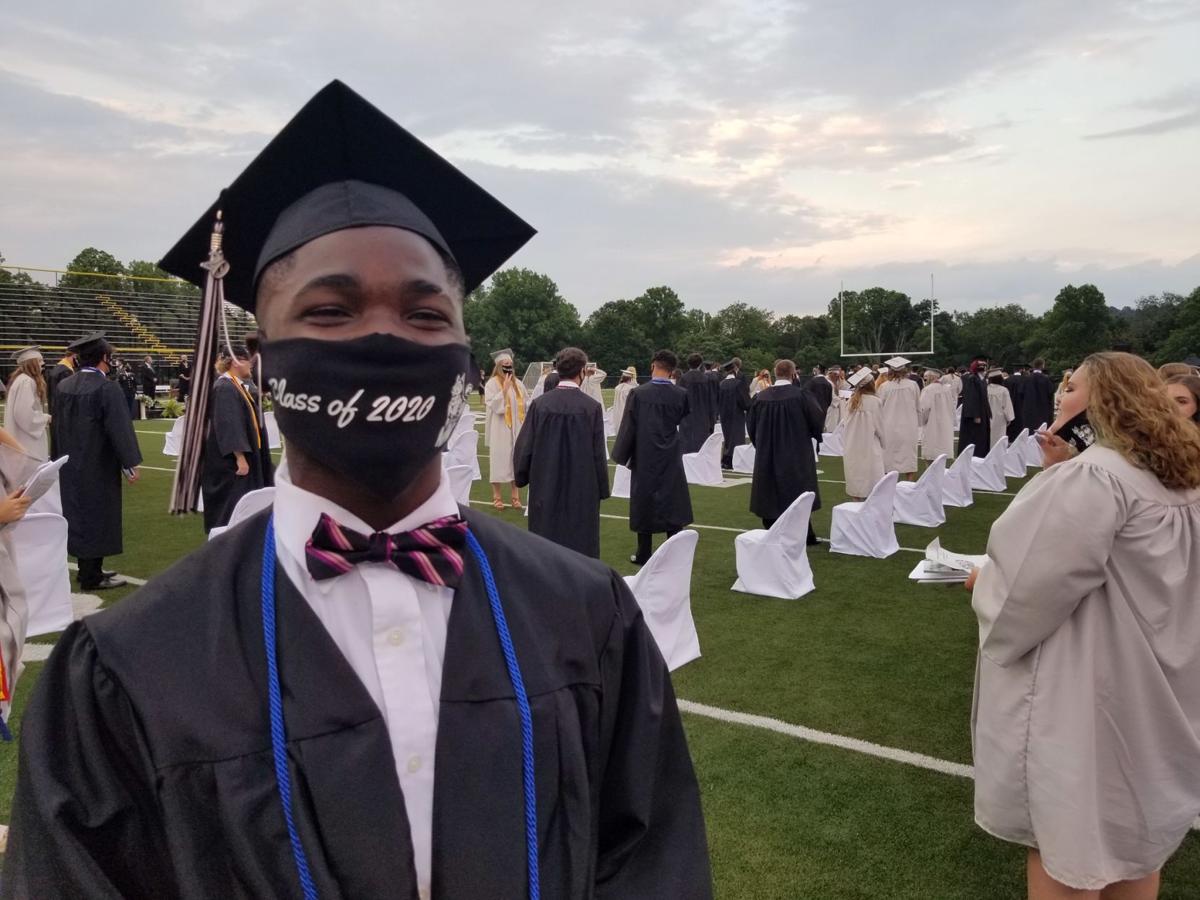 Although his smile is not visible due to the required coronavirus safety mask, Jahkari Mesidor is all smiles during Friday’s night Class of 2020 commencement at North Marion High. 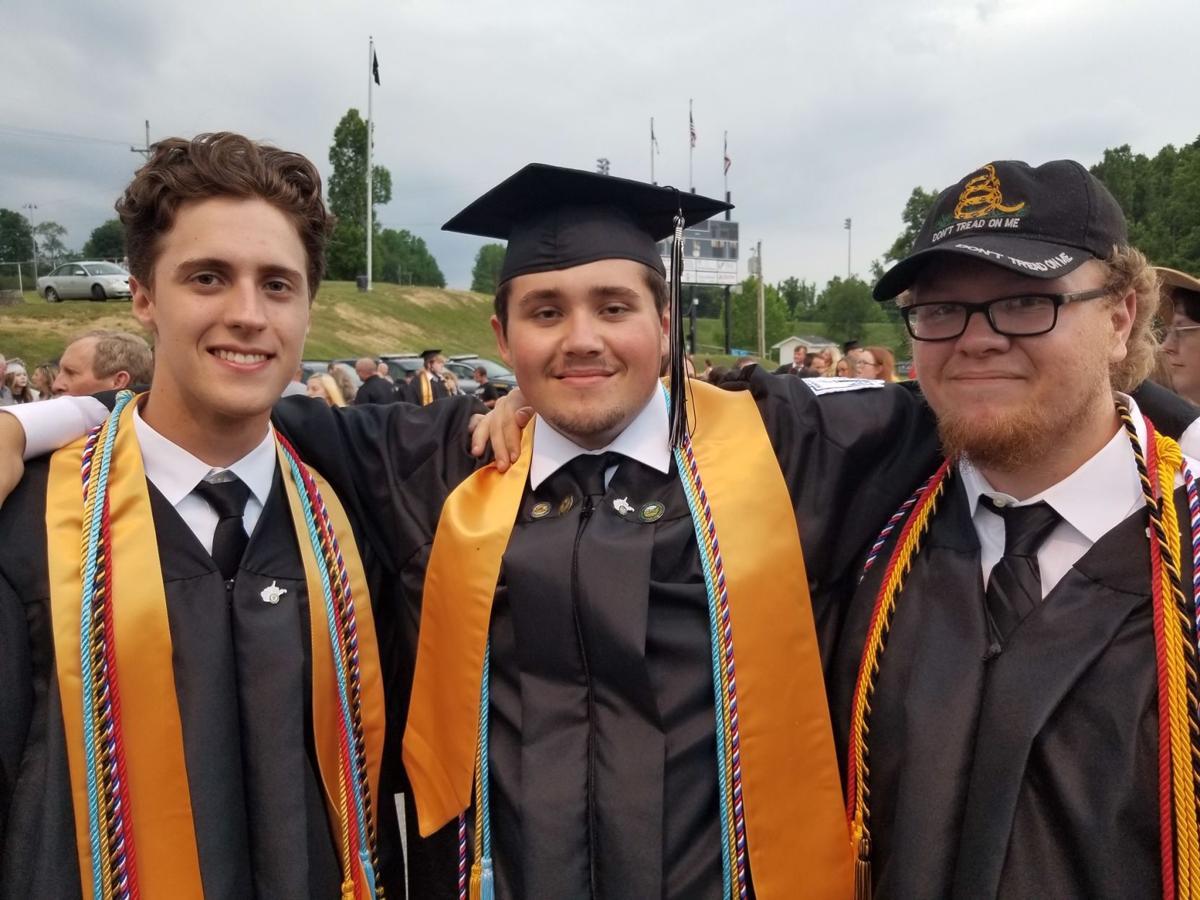 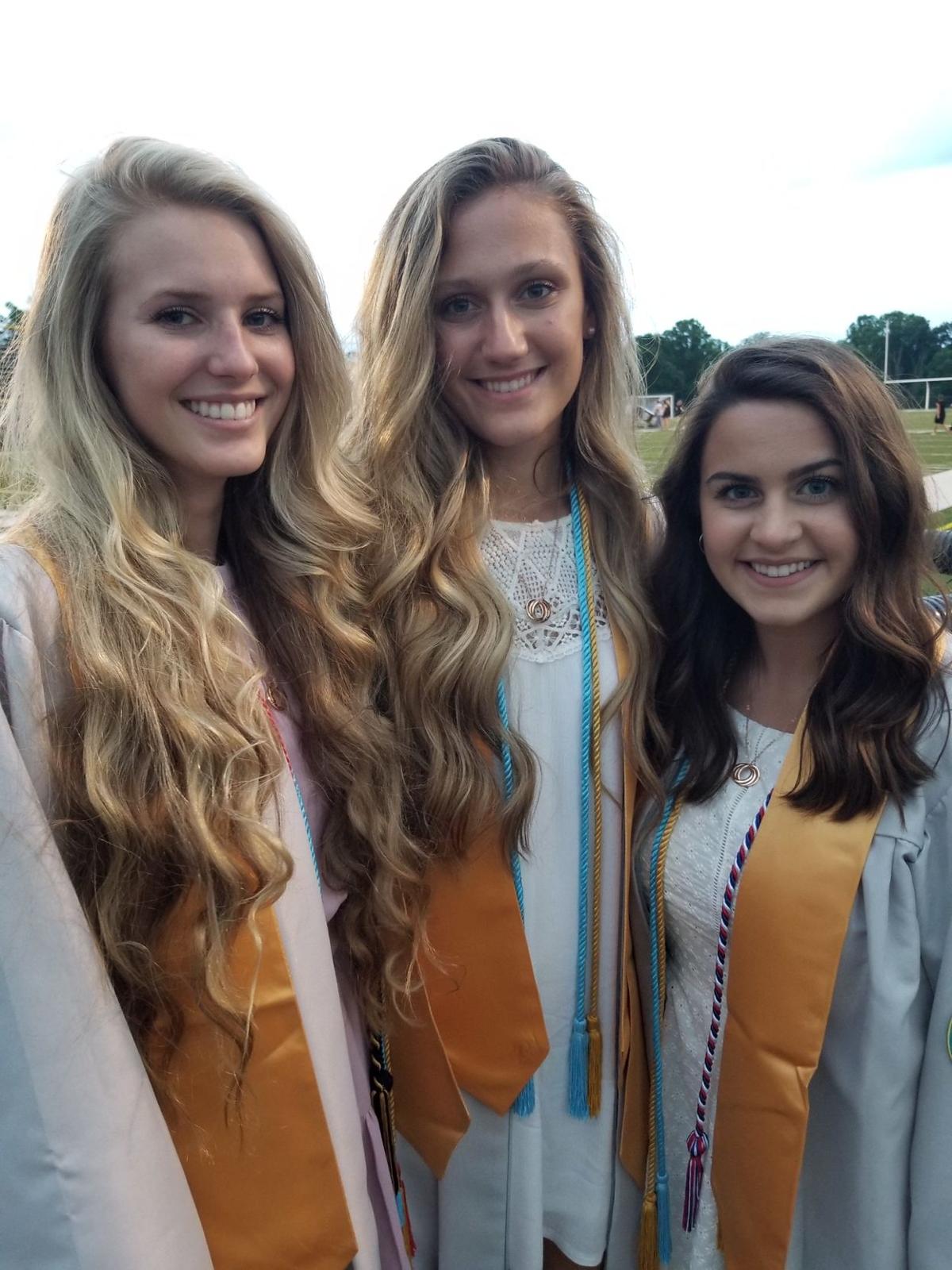 Although his smile is not visible due to the required coronavirus safety mask, Jahkari Mesidor is all smiles during Friday’s night Class of 2020 commencement at North Marion High.

RACHEL — Masks were on, social distancing measures were in place and the North Marion High Class of 2020 was back together, finally, one last time.

Of the school’s 40 graduating classes since its first commencement ceremony in 1980, no other NMHS class, it is fair to say, has endured more challenges than this class of seniors.

In March, when the coronavirus pandemic reached West Virginia, classes at North Marion and across the state were unceremoniously suspended, then moved online. At first a seemingly temporary interruption of in-person classes, weeks of remote learning eventually turned into months.

It would be late June before the Class of 2020 reassembled, only two days ago for a commencement walk-through session.

“This class hasn’t had their senior year,” said Russelle DeVito, North Marion principal after Friday evening’s ceremony at Husky Field. “Other than graduation practice, they have not been together collectively since March 13.”

DeVito said while classes adapted to online versions, she does not feel quarantine is conducive to learning.

“We tried to do so many things remotely, but we’re not built that way. We are personable people, we’re social. And for kids to be broken apart and not get that one-to-one interaction in learning, it’s very difficult. It’s been stressful,” said DeVito.

DeVito said she felt holding a commencement ceremony was important to marking this special moment.

“This is a milestone in their lives. The connections and friendships they made in high school, they’ll carry for the rest of their lives. But the students needed closure from here in order to move on,” said DeVito.

North Marion’s graduates got that closure on a warm summer night, the threat of showers holding off until the ceremony was complete.

In a class of 186 students, all but 20 accepted their diplomas in-person Friday night in Farmington.

Reese and Kristen Bates, both of whom graduated from North Marion in the early and mid-1980s, were on hand to see their son Carson graduate from their alma mater.

“These kids have been through a lot together over the past few years,” said Reese Bates, “so it’s nice to see them here again one last time.”

The class president, who addressed his classmates via audiotape toward the end of the ceremony, was more succinct.