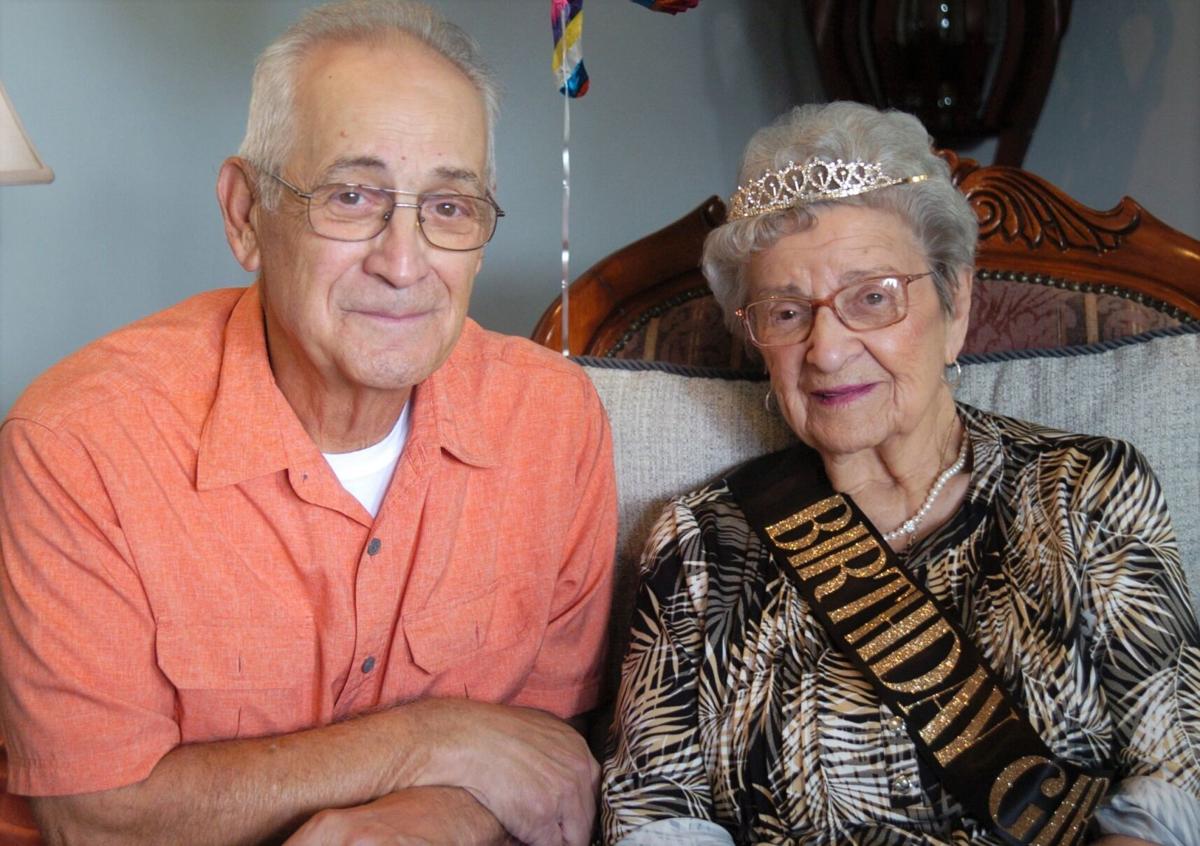 Lily Julian, right, turned 105 Saturday and got to celebrate with her 79-year-old son Richard Julian. 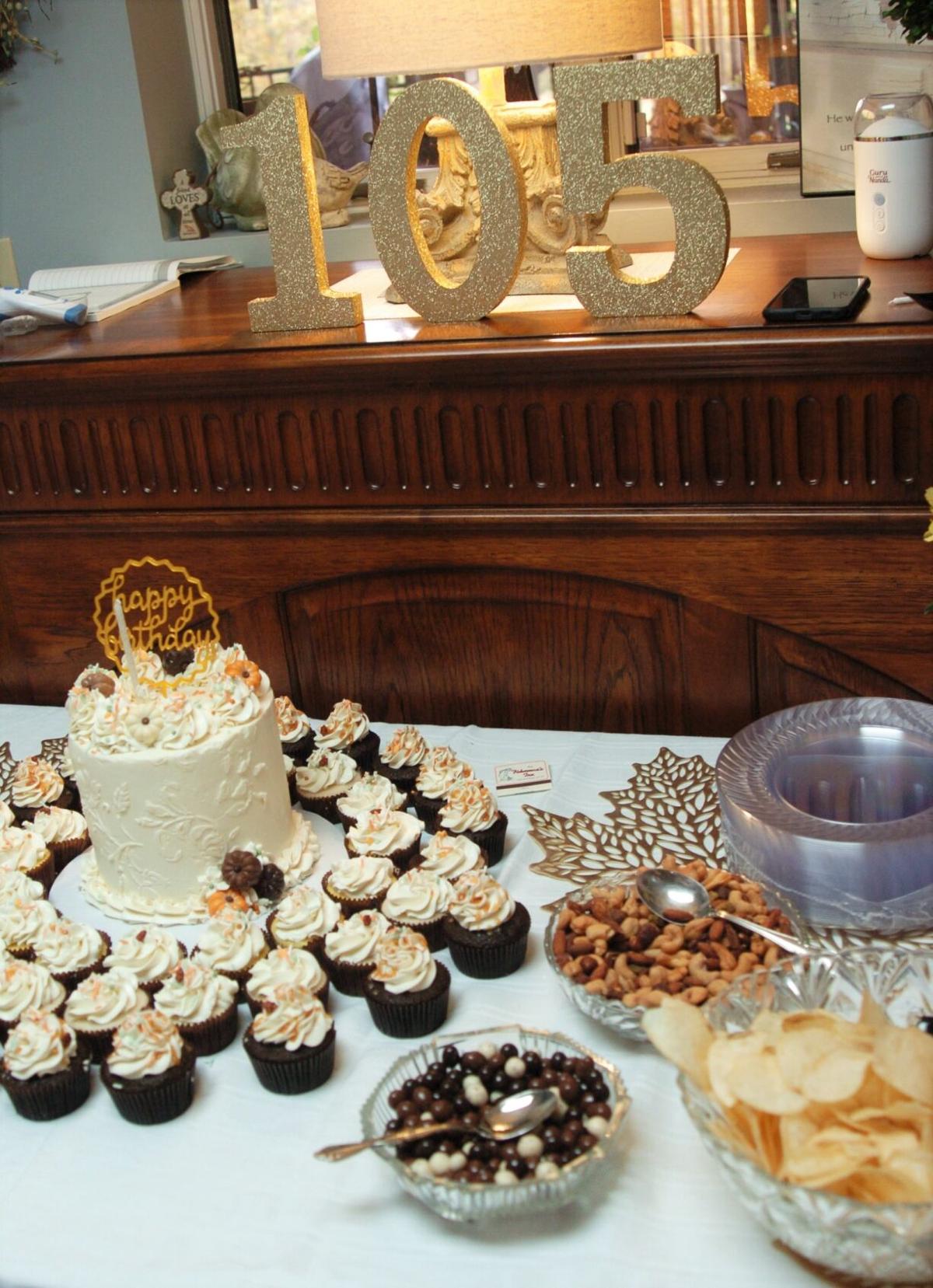 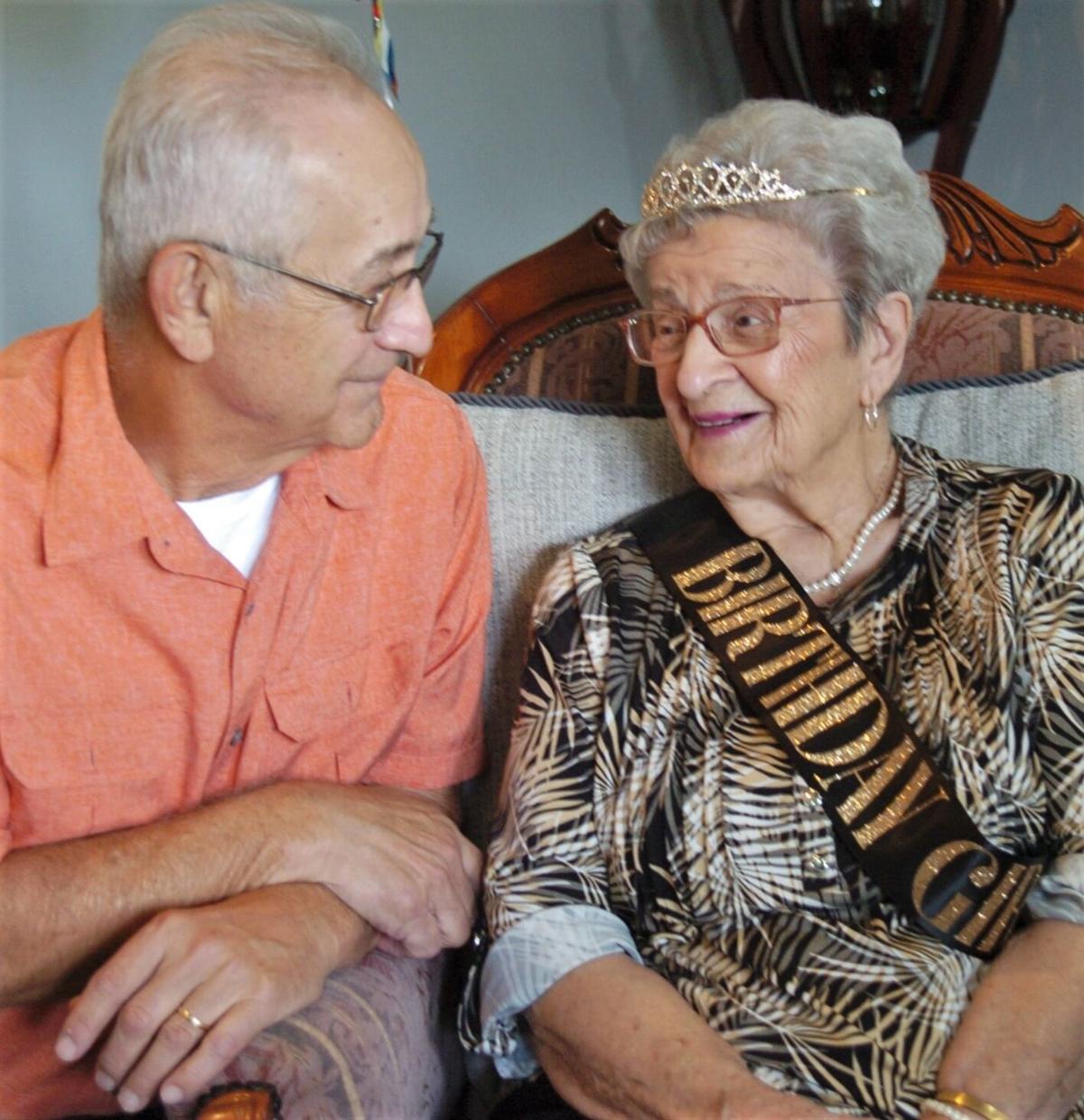 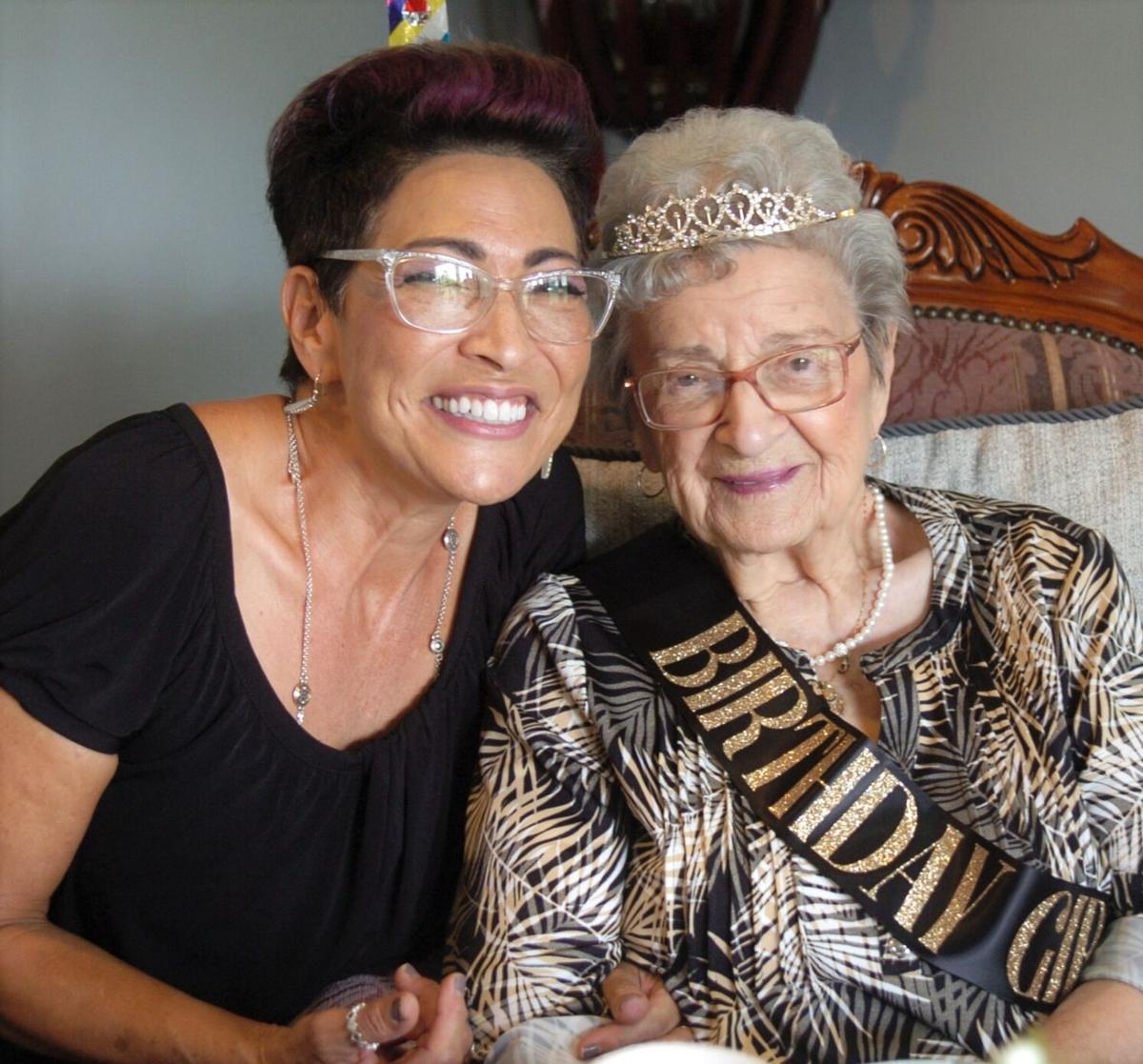 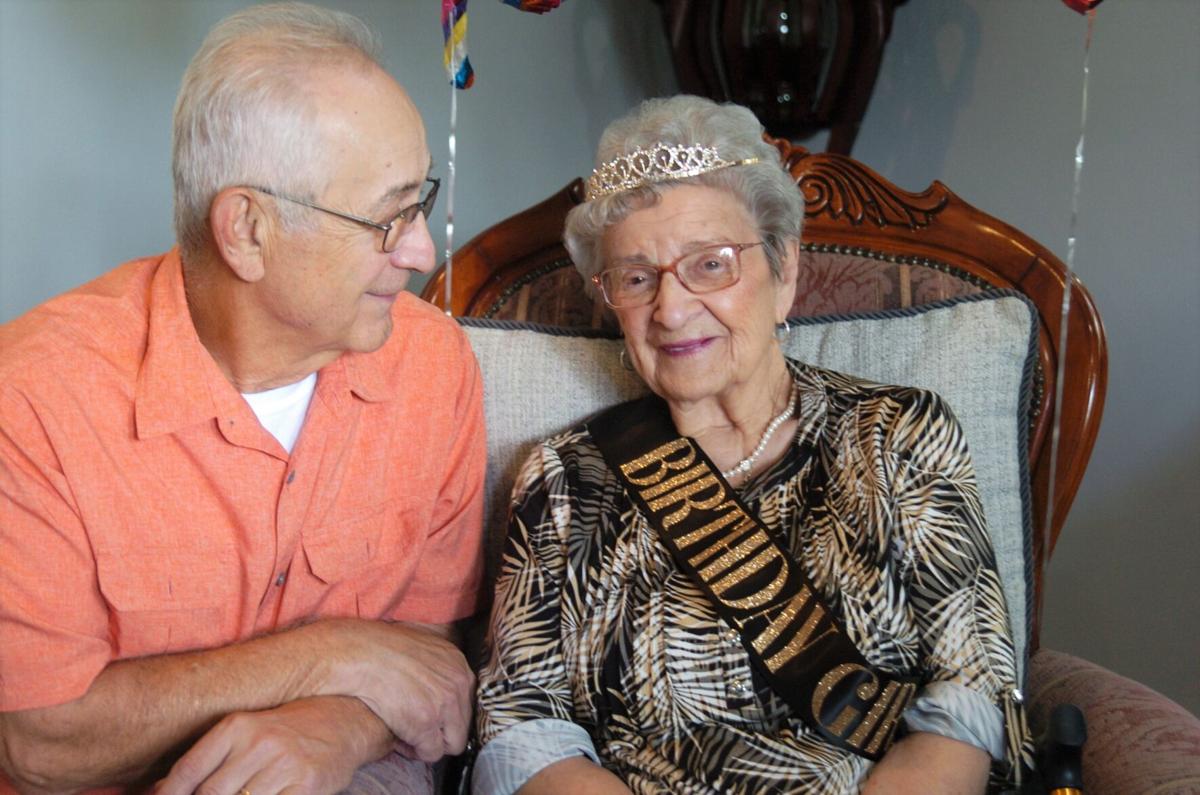 Lily Julian, right, turned 105 Saturday and got to celebrate with her 79-year-old son Richard Julian.

When celebrating a triple-digit birthday, guests might expect a quiet gathering with a few snacks and cake. No so for Lily.

Guests laughed and shared stories and ate from the many platters of food, and then they laughed some more. Every table was colorfully decorated, and food was abundant.

Donning a black sash with “Birthday Girl” written in gold glitter, and wearing a gold and rhinestone tiara — elegantly understated — there was no doubt that Lily was the star of the show.

As guests chattered and shared stories about Lily, a common theme emerged. The thread that found its way into every tale was Lily’s independent spirit.

Lily is no pushover. Not now, and not then. Caring, thoughtful and clever, yes. But definitely not weak. Lily is a woman who knows what’s important.

Lily’s son, Richard Julian, who is 79, and his wife, Carol, arranged the party with the help of friends and Toni Iaquinta, owner of Conchetta’s Suites.

“She looks about 70,” Richard continued, “but then, that makes me older than my mother,” he said.

Sure, Lily wears hearing aids. She walks carefully with a cane, and she takes more naps than a 50-year old. But, at 105, she’s still knows how to smile, laugh and enjoy her family and friends.

When asked to share her secret, Lily said, “I have no idea. I don’t drink or smoke, and I don’t chase men.

“I just don’t have anything wrong with me,” Lily said.

Lily worked for 33 years at the Owen’s Bottle Works factory in Fairmont, which was built in 1910 and closed permanently in 1982. In the 1950s, many young women smoked cigarettes, and it was common to smoke at work. But Lily wasn’t interested in smoking, despite frequent peer pressure.

“I used to sit with these girls at lunch,” Lily said, “and they all wanted to get me to smoke. They were always pushing their cigarettes at me, but I never did it.”

Lily outwitted them all by staying healthy all these years.

“I think she’s always had a strong faith,” said Renee LeDonne, who attended the party with her husband, Gary. “She never missed mass.”

Several parishioners from Lily’s church — St. Anthony Catholic Church — were on hand to celebrate, and they all had stories to share.

“She would always roll the meatballs,” John Urso said. “She loved doing it. And, if they were going to have another, I was going to come and get her and take her over to the church,” he said.

Urso has been an active friend to Lily for many years.

“I’ve known her ever since I was a small kid,” Urso said. “I come here pretty often. And I keep the priest up to date.”

One story that was shared by Gary and Renee LeDonne happened five years ago, when Lily was 100. When construction was completed on the LeDonne’s new home in Morgantown, Lily expressed an interest in visiting them to check it out.

“Richard brought her over to see the house,” Gary said.

“She walked through the entire house, all three floors, and outside,” Renee said. “Then, she went into the gym, and she got on the bike and started riding – an exercise bike. And then she started to get down on the rower.”

“I walk in and she’s on the exercise bike, and Richard’s over there doing push-ups,” Gary said. “I thought she just wanted to see the house, I didn’t know she wanted to work out.”

“Lily told me, don’t ever think you’re too old to do something,” Renee said.

As the group prepared to light the candles for the cake, Richard said, “No motorcycle rides this year. And we couldn’t get a skydiving stint.”