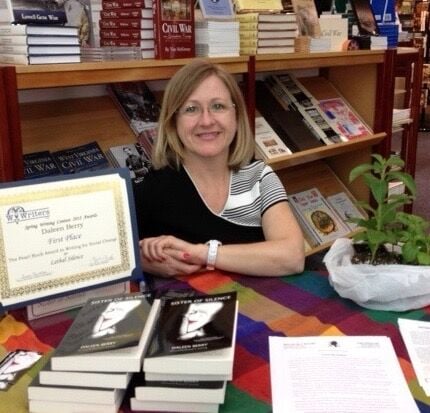 Author Daleen Berry at a book signing at Tamarack. 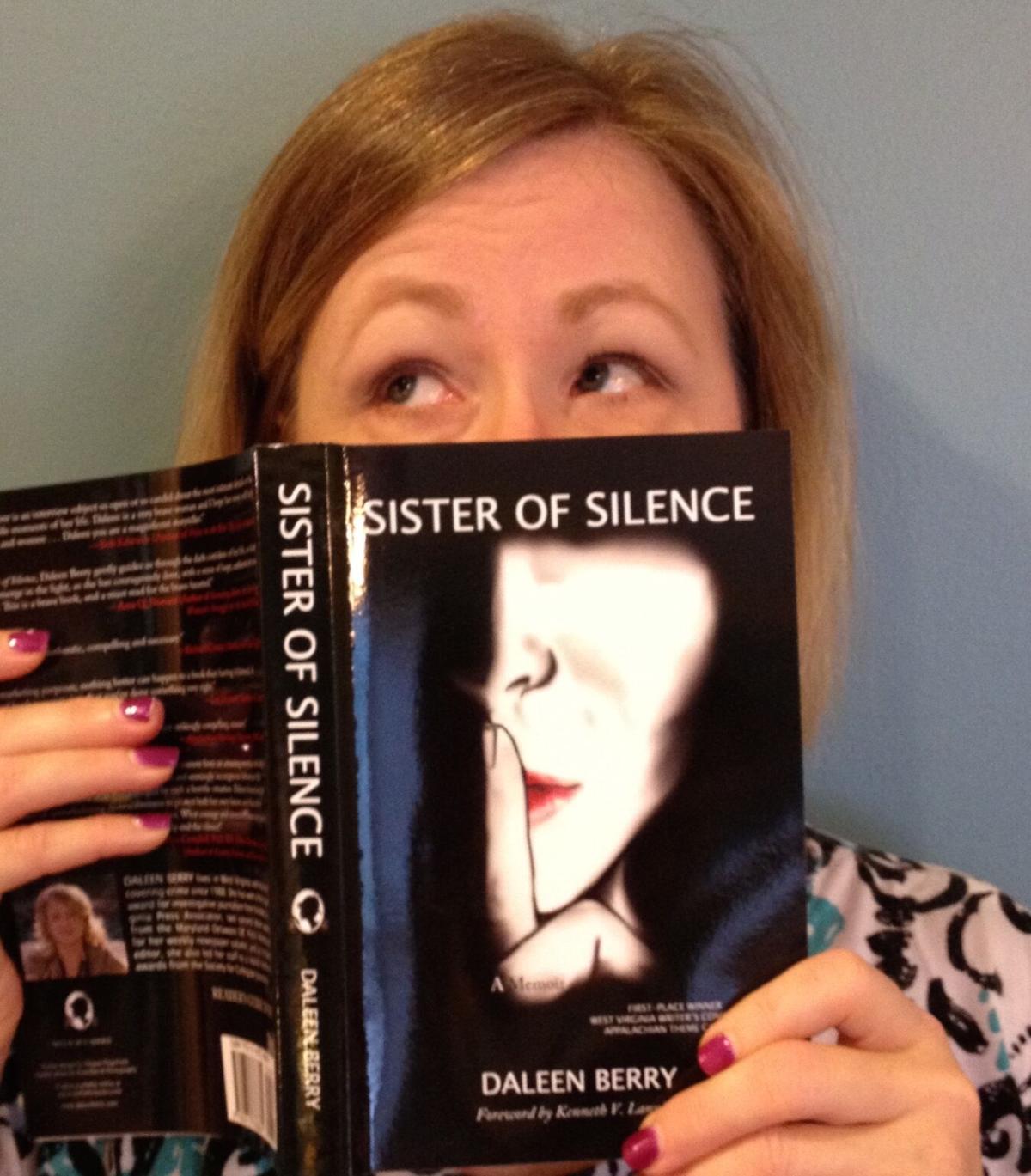 Daleen Berry poses with her book “Sister of Silence,” an autobiography about her struggle with domestic violence. 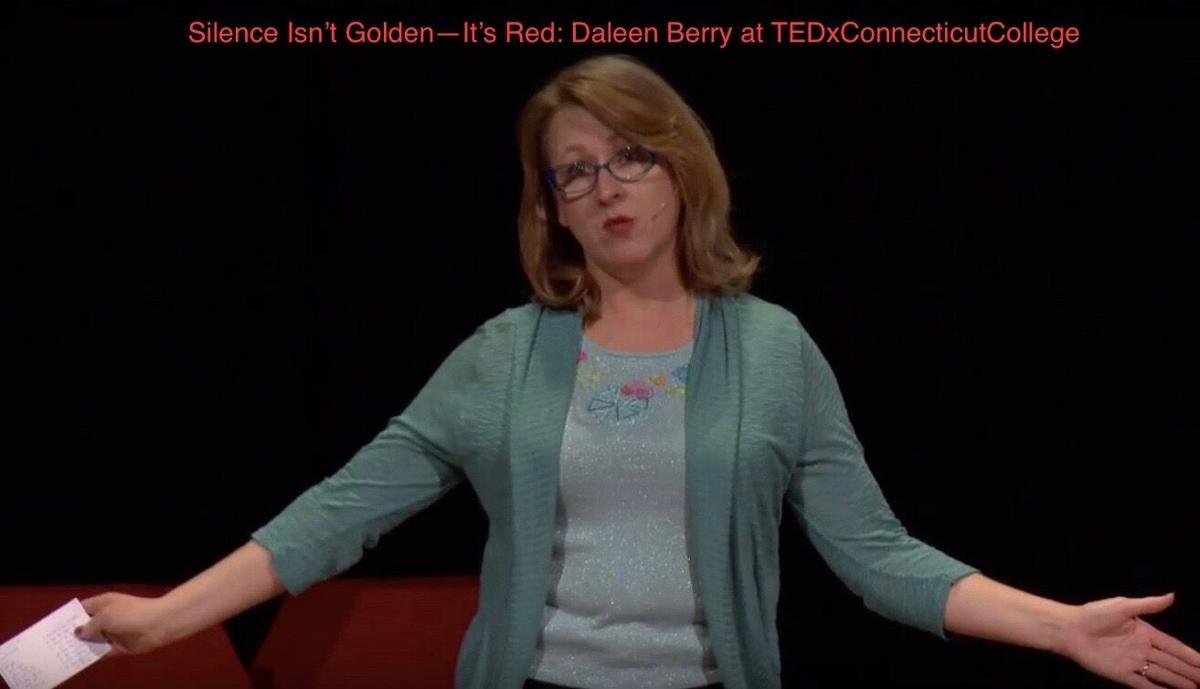 Author Daleen Berry at a book signing at Tamarack.

Daleen Berry poses with her book “Sister of Silence,” an autobiography about her struggle with domestic violence.

At seven, Daleen Berry was writing stories in her head. As a joke, her dad built her a bird trap out of cardboard box. He attached a string to it and told Berry when a bird comes she should pull the string to lower the box.

“And I caught a bird. He was so amazed, so I began writing these stories in my head about things like that,” said the New York Times Best-Selling Author.

Berry was also a voracious reader. She delivered newspapers at age eight and her reward was not collecting the money from her labor, but reading the newspaper each week.

“I saved this until the last possible moment to build up the excitement and the anticipation and I would read,” she said.

That was when she knew she wanted to be a writer. Berry started as a reporter in 1988 and her last full time reporting job was in 2008.

On Wednesday, the Marion County Public Library hosted Daleen Berry for a virtual discussion about her work and life. Originally hailed from California, Berry calls West Virginia home and has written several books including “Pretty Little Killers,” which tracks the Skylar Neese murder that reverberated through the Morgantown community.

Skylar Annette Neese disappeared from her home in Star City around midnight on July 6, 2012. Neese’s remains were found on Jan. 16, 2013, in Wayne Township, Pennsylvania. Neese was murdered by two of her high school friends, Rachel Shoaf and Shelia Eddy.

To her, the Neese case was interesting because around the same time Neese disappeared, Berry was taking regular walks on the Rail Trail. She was taking these walks with her adult daughter, and wondered if they would see Neese along the trail. This same daughter of Berry’s has a teen who ran away from home.

“As you might understand, I felt a very strong sense of empathy and compassion for the Neeses and this missing girl that could have been my daughter basically,” said Berry.

“The Savage Murder of Skylar Neese: The Truth Behind the Headlines” was released for trial watchers, but the trial never happened because Eddy confessed to the teen’s murder.

“There was a lot of evidence and information about the case such as police reports that I couldn’t get my hands on until that book came out,” she said.

“Pretty Little Killers,” Berry said, is the complete accurate book about what happened. Because of Berry’s experience as a journalist and as an author of “Sister of Silence,” her memoir, she was approached to write the book on the Neese case. At the time, nobody knew Neese was murdered though most people suspected she was dead.

“I wasn’t sure I wanted to do the book. I knew by then it was going to be a gruesome crime. A missing girl is one thing but a murdered teenager is another,” she said.

The more she heard about it, the more she was fascinated about it. She conducted interviews and collected as much evidence as she could. She tracked down rumors to find out if they were true.

Berry, who relies on the teachings of the Bible, said the Bible speaks about justice. She longs for justice to take place even though it’s hard to see what’s happened.

“I don’t think there was justice in this case. I think that they got the best they could get all things considered, but you can’t have justice once a teenager’s dead,” said Berry.

A scripture Berry really likes in Jeremiah says “It does not belong to man who is walking even to direct his step.” Berry said the older she gets the more she realizes the truthfulness of that statement.

Berry has since stepped away from writing true crime and has several back burner projects. One is a romance she started about a year ago. However, due to the pandemic she hasn’t had any plans to release anything in the near future.

“Getting used to living differently now has been such a struggle that I just haven’t had the interest in finishing it and even seeing what it could turn out to be,” she said.