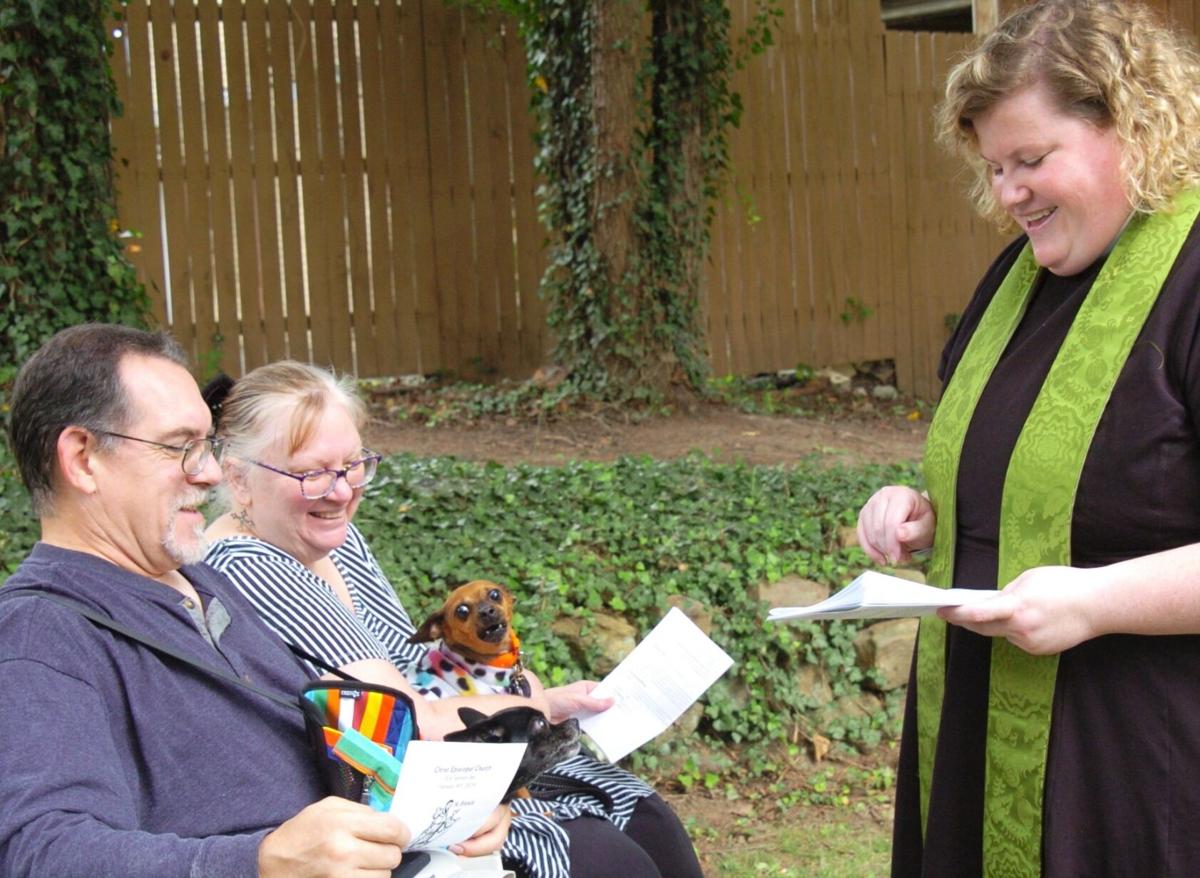 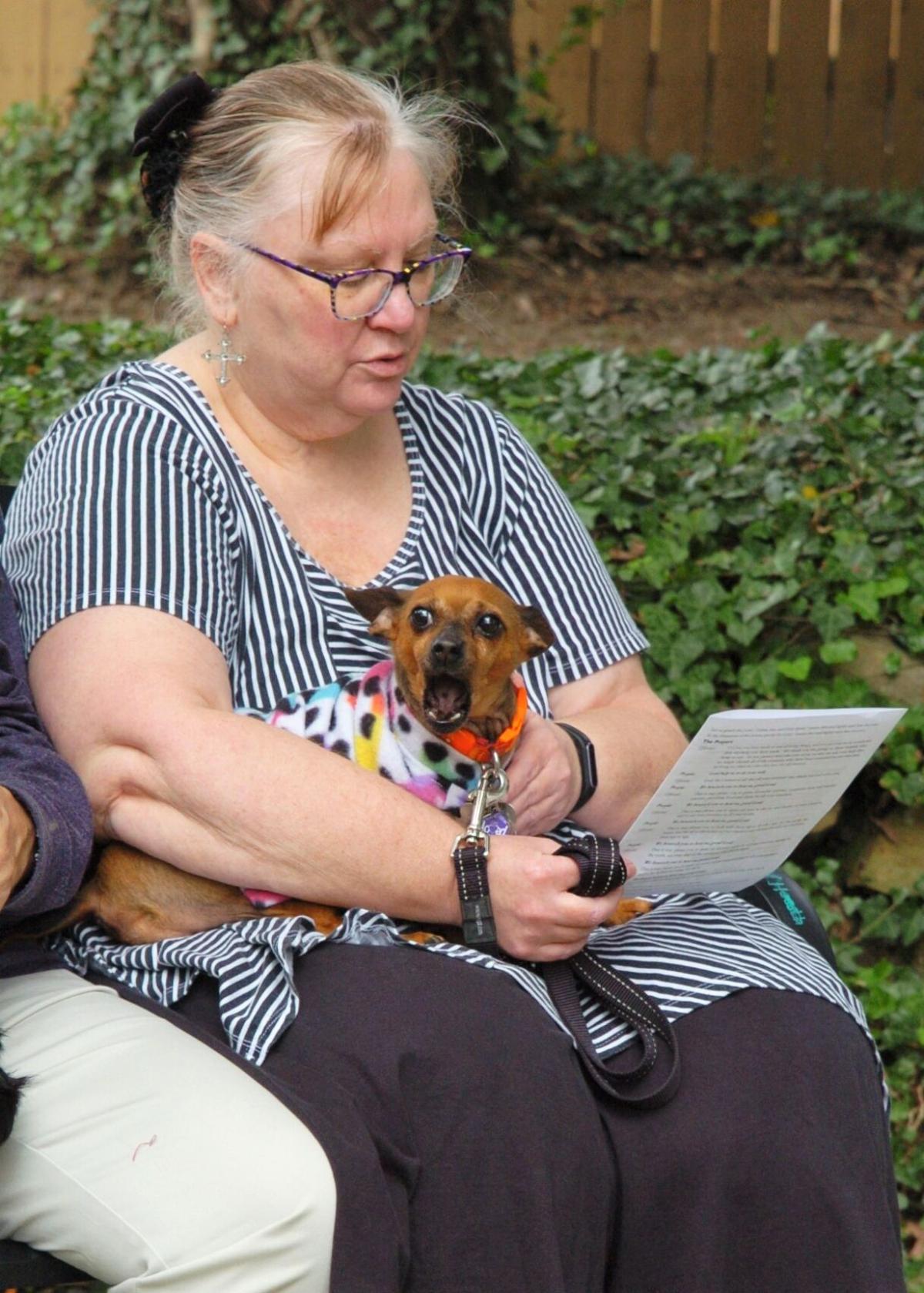 Vicki Iber reads along during the Blessing of the Animals while her dog, Peyton, provides background singing.

Vicki Iber reads along during the Blessing of the Animals while her dog, Peyton, provides background singing.

FAIRMONT — A number of four-legged friends are blessed for another year after taking part in the annual Blessing of the Animals at Christ Episcopal Church over the weekend.

The event is held every October, on or near the 4th, when the life of Saint Francis is celebrated.

St. Francis, the patron saint of animals, died in 1226 and was canonized less than two years later, in July 1228. Since then, animal lovers around the world have called upon the saint to protect and heal their pets.

“St. Francis of Assisi is the patron saint of animals, so it is a tradition [in] Christianity, and especially in the Episcopal church, to do a blessing of the animals around St. Francis’s Feast Day, which is tomorrow,” the church’s Rev. Jordan Trumble said Sunday.

Trumble read passages from the Bible that reflect gratitude for animals, as well the need to protect and care for them.

“This is an annual event for us, but we didn’t do one last year because of the pandemic,” Trumble said. “This the fourth year I’ve been here, and we’ve done it for three of the four years.

“It’s something I grew up with in the Episcopal Church. I think it’s really important to honor the animal companions in our lives and to acknowledge that they are an important part of our lives, and also an honored part of God’s creation.”

Two dogs, Peyton and Destiny, were blessed, as was their feline brother, Benjamin. The pets were brought to the church by Vicki and Matt Iber.

“I grew up Baptist,” Vicki said, “and we didn’t do the blessing of the animals. Matt is a cradle Episcopalian,” she said, explaining that he had been in that faith since birth.

“When I met and married Matt, I think our ‘kids’ have been blessed every year since,” Vicki said. “As far as I know they’ve been doing it [at Christ Episcopal] for years.”

Matt, who is originally from Alexandria, Va., remembers taking his pets to the blessings of the animals throughout his childhood.

“I remember doing [the blessing] when I was a kid,” Trumble said. “It’s always fun to see what animals people bring. I remember one time somebody brought a goldfish in its bowl.”

Since she’s been doing the blessing in Fairmont, Trumble said she’s seen only dogs. That is, until Sunday when the Ibers brought their cat, Benjamin.

“The first year I was here, it was outside and I think we had 15 dogs,” Trumble said. “Thank goodness we were able to be outside.”

Another year, the blessing was brought inside, and although there were fewer dogs — Trumble said about six — “it was really loud, because it just echoed through the parish hall.”

After the blessing was completed, Trumble shared her thoughts on the Biblical interpretation of man’s dominion over animals.

“Dominion over them doesn’t mean that we can exploit them,” she said. “To have dominion over them means they are entrusted to our care, and we are tasked with helping them reach their ultimate potential and flourish. That’s what dominion means.

“I think it’s really important that we honor that.”