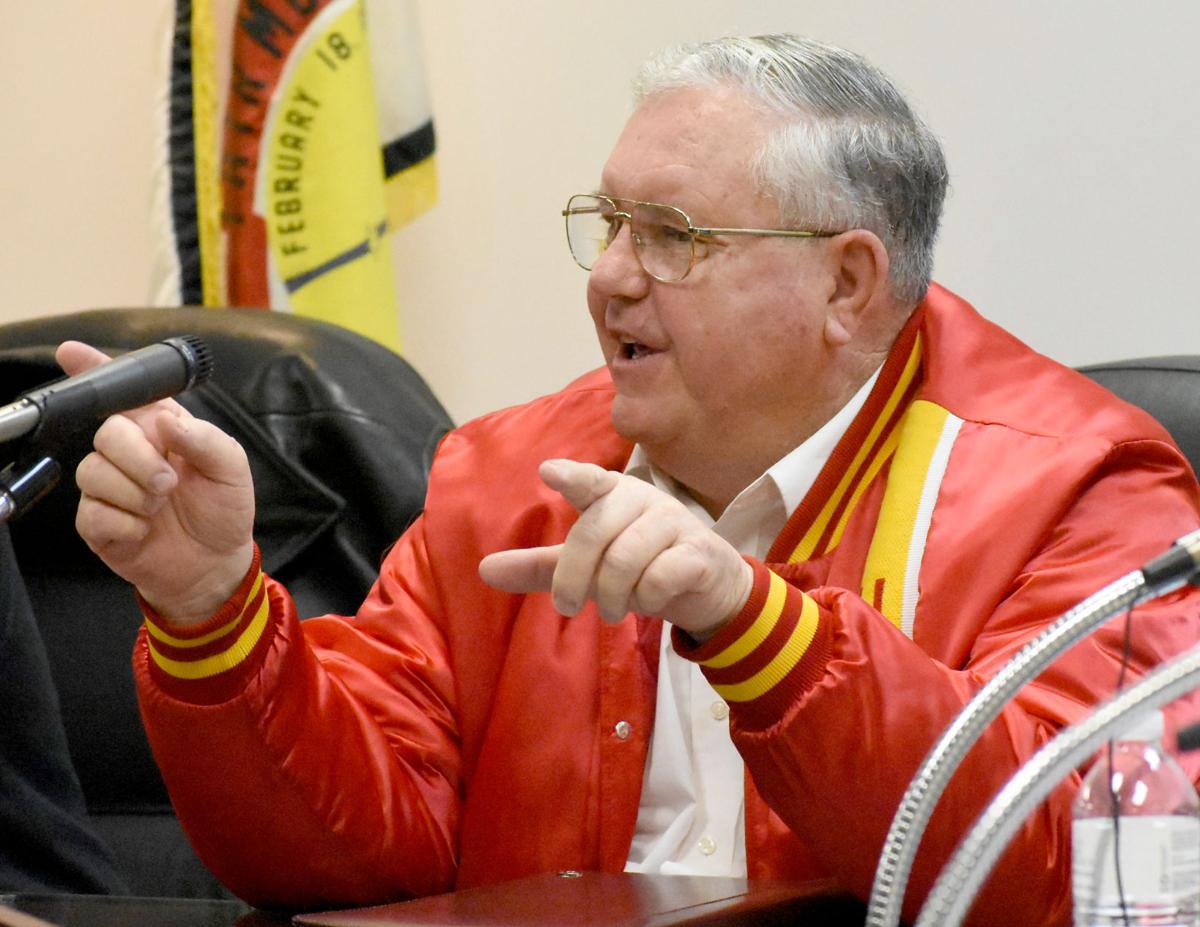 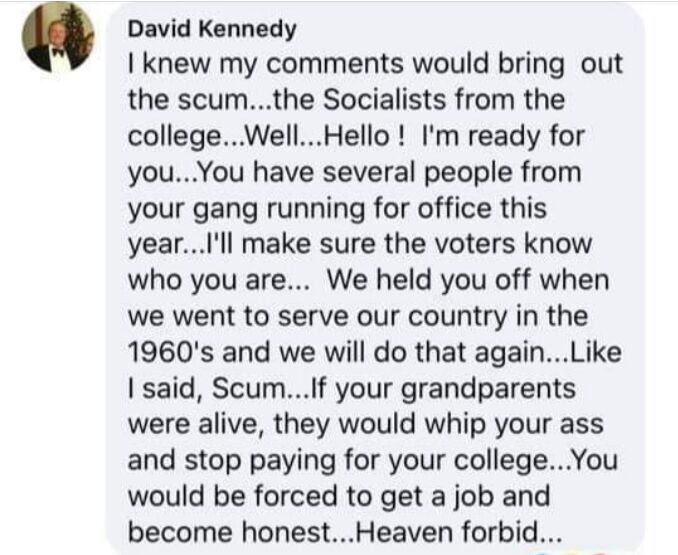 FAIRMONT — For the second time this year, Fairmont City Council member David Kennedy’s social media posts have forced his colleagues to take action to censure him at a council meeting.

A resolution will be presented at Tuesday’s council meeting that proposes to ostracize Kennedy for “his continued toxic and embarrassing behavior.”

Although he has already been censured once this year by the council for racist remarks made on Facebook, the council is again voting to distance itself from Kennedy. Meanwhile, Kennedy continues to refer to himself as a patriot for having fought in the Vietnam war.

“The intention of the resolution is to proclaim that the opinions and viewpoints of individual council persons do not represent the views and opinions and beliefs of other council persons, or the council as a whole,” said Fairmont Mayor Brad Merrifield. “Unless they are supported by a council resolution.”

Merrifield said the resolution is based on reports from other council members, who said constituents have complained about Kennedy’s online actions. Council member Donna Blood said several constituents had emailed her a screenshot of an online meme Kennedy shared that depicts two photos of a girl that also featured language including “slut” and “raped.”

“It was July 15. I started getting messages from citizens, I think three within a very short period,” Blood said. “I was just shocked. It was a very vitriolic, anti-feministic post — I would just call it anti-woman.”

Blood said she believes officials of the City of Fairmont should hold themselves to a certain standard, and she does not want this type of behavior to reflect on the council, the city itself or its residents.

“I couldn’t believe that after we had censured him once that he continues to do this,” Blood said. “At City Council there isn’t a lot we can do, but I thought it was important that we take a stand against misogynist and bigoted speech that he continues to post and share.”

Kennedy recognized that there are people in Fairmont who take offense at his actions, but said he is happy that he is so notable throughout the region.

“It is what it is,” Kennedy said. “These political hacks in this area took offense to that. They don’t know what to do. It’s a game. They’re giving me tremendous notoriety.”

Kennedy said he is the way he is because he is a patriot who is fighting against the “Socialist Communists” in Fairmont. He also said he is excited for the meeting Tuesday, seeing that he will once again be the center of attention.

Merrifield said the council will vote on the resolution because of the concerns voiced by constituents. He said one reason this kind of resolution is important is because it shows the council as a whole does not condone the actions of individual council members.

“Sometimes it is difficult to remember as elected officials that we do not always get to speak for just ourselves,” Merrifield said. “Things we say may be considered the voice of those we represent.”

In one recent social media post, Kennedy referred to college students as “socialists” and “scum.”

At the council’s Jan. 28 meeting, Kennedy was censured in a 6-3 vote after he went on a Facebook rant where he used the racial slurs “gooks” and “towelheads” after a running conversation about the U.S. bombing attack that killed Iranian Gen. Qassem Soleimani.