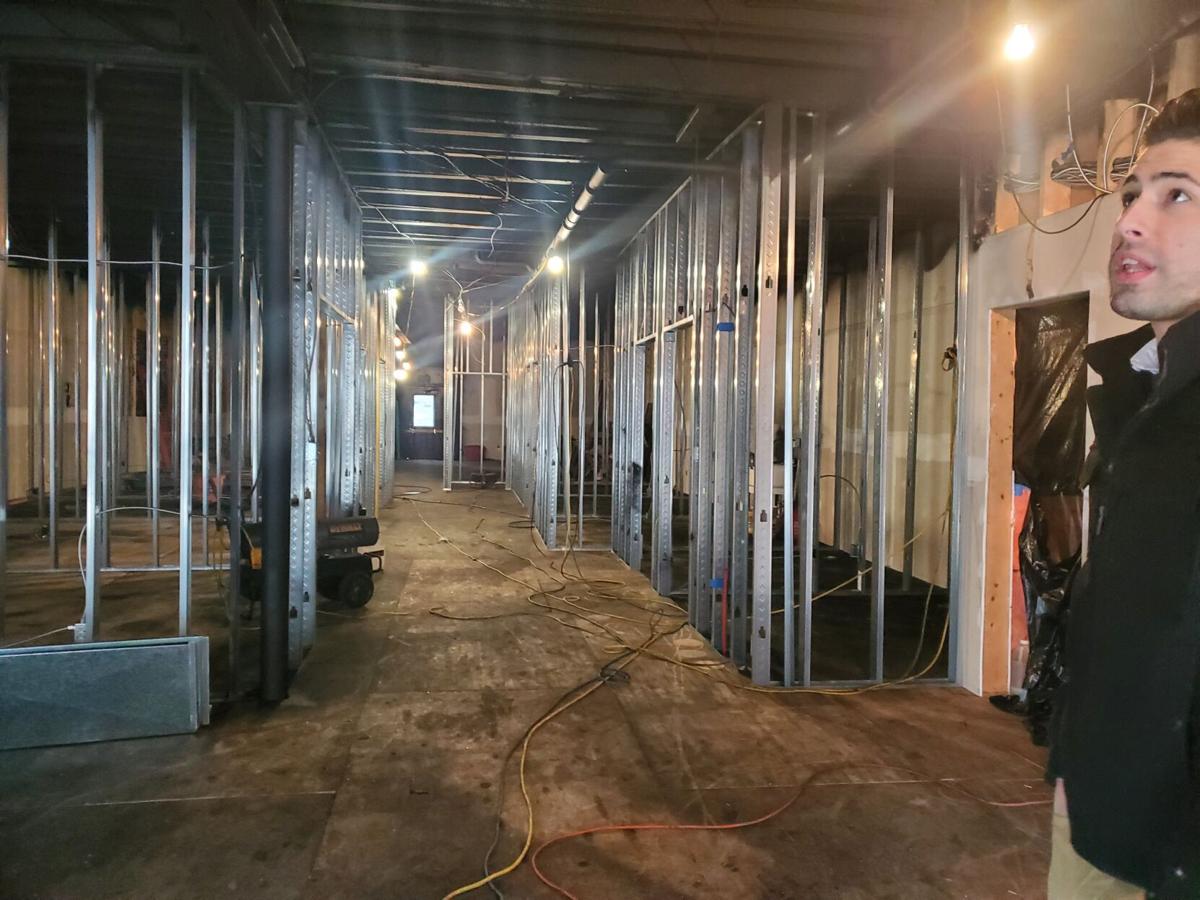 Tim Liebrecht, chief operations officer for Claudio Corporation and executive director of Main Street Fairmont, said the building at 218 Adams Street, shown here, is being redeveloped as a commercial space. 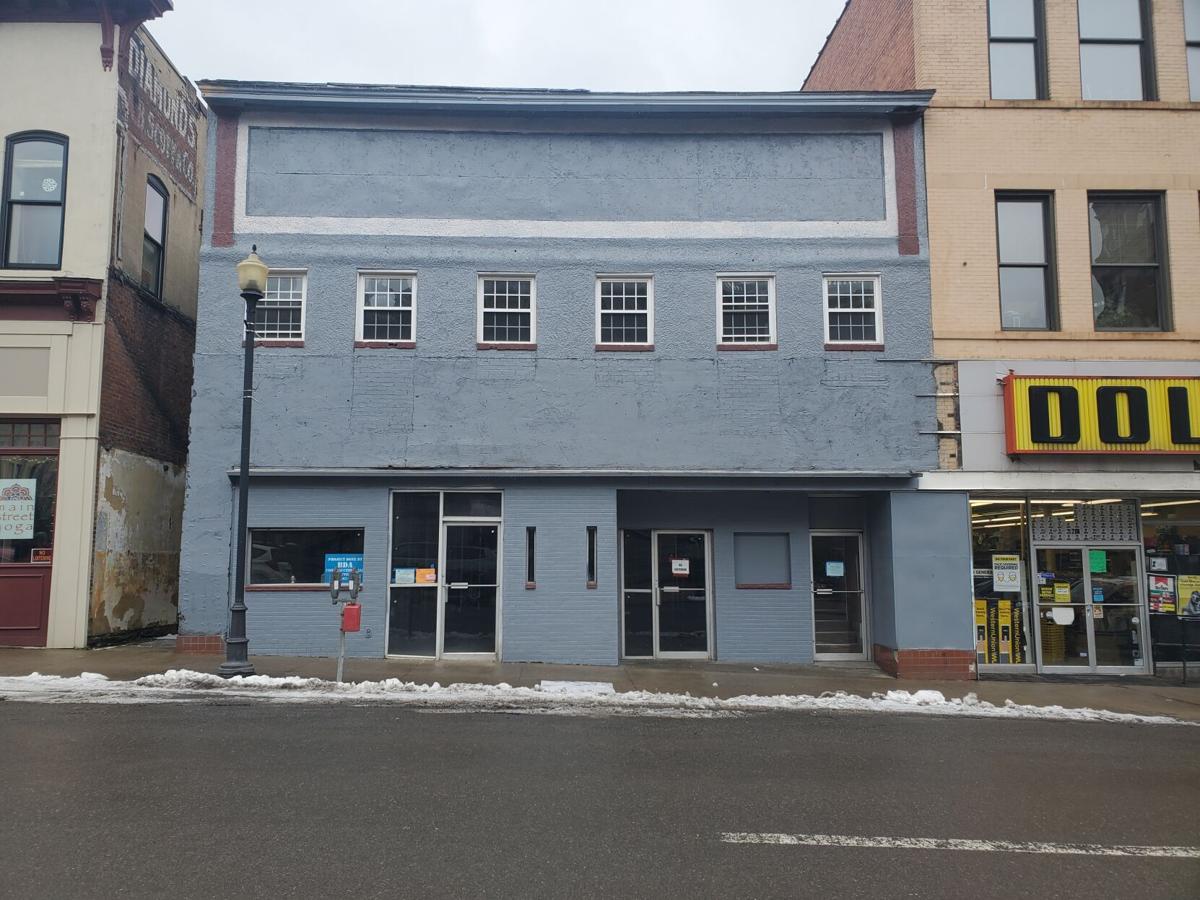 The building at 222 Adams St., Fairmont, is being redeveloped by Claudio Corporation to serve as space for commercial business.

Tim Liebrecht, chief operations officer for Claudio Corporation and executive director of Main Street Fairmont, said the building at 218 Adams Street, shown here, is being redeveloped as a commercial space.

The building at 222 Adams St., Fairmont, is being redeveloped by Claudio Corporation to serve as space for commercial business.

FAIRMONT — The Claudio Corporation is renovating two buildings in downtown Fairmont that have been vacant for several years.

Tim Liebrecht, the company’s chief operations officer and executive director of Main Street Fairmont, said it is the goal of both organizations to promote the growth of the Fairmont area, and renovating defunct buildings is one way of breathing new life into the city.

“We’re taking buildings that are basically blight; buildings that have no visible value, no visible beauty, and turning them into functional spaces,” Liebrecht said. “That produces income, that produces jobs, that salvages our history and makes that history usable and accessible for future generations.”

The building at 222 Adams Street is being remodeled to house Springston Real Estate, which will move into the space in April, while a vacant building in Hull Alley off Monroe Street is being renovated to house Dominick Claudio, the CEO of Claudio Corporation. Liebrecht said the company is looking to make structures that are representative of Fairmont’s history useful to the modern work force.

“History can be enjoyed, it can be lived in, but it can also work for the 21st century,” Liebrecht said. “These inspirational spaces are possible, they can happen right here, and again, they are accessible.”

Kara Thomas, realtor with Springston Real Estate, said she and realtor Shannon Onderko recently became co-owners of the company, and like Liebrecht, want to make use of the city’s history in their business venture. By working from a building in the heart of Fairmont, Thomas said the two hope to introduce newcomers to the city’s historic architecture, as well as its quality of life offerings.

“We’re really trying to make it our own and to bring it up to date and really put our stamp on it,” Thomas said. “To bring that into a relevant time period is one of our goals, and we are helping downtown with that.”

Many clients of Springston Real Estate are people who live in West Virginia and are looking to relocate, Thomas said. However, with there being many organizations close to Fairmont that employ hundreds of people, Thomas said the city has seen spurts of people moving in and out of town.

“Most of it is in town, but with NASA here and the FBI, Ruby and WVU, we do get people moving into the area and out of the area frequently,” Thomas said. “But I would say 75 percent of our customer base is from West Virginia.”

Liebrecht said through his position at Main Street Fairmont, he has been in communication with local government in search of opportunities to improve the quality of life for residents of Marion County. Liebrecht has spoken at Fairmont City Council and Marion County Commission meetings to update officials about Main Street, including its Hometown Markets that took place in 2020 and the annual Feast of the Seven Fishes.

Organizations like the Marion County Chamber of Commerce as well have been working to market the county to people in search of a new home, and Liebrecht said working in tandem with different organizations and businesses like Springston is key to bringing in more residents in hopes of expanding the potential of Fairmont.

“At Main Street, we are excited to be able to work with the city, work with the county to help make those things more possible,” Liebrecht said. “To make development like this more of a staple happening in downtown.”

As an incoming member of the downtown business community, Thomas said she would like to see foot traffic increase in downtown Fairmont, and initiatives like Hometown Saturdays show that other locals are open to activity, they just need a motivator to drive them.

“It would be fantastic if we can get just on a smaller scale seeing people out in town,” Thomas said. “You haven’t seen that in a long time, so I am hoping in time we can get it that way. It has definitely come a long way.”

Liebrecht said with all the empty buildings located downtown that there is potential for more people or businesses to restore them for future use. He said redeveloping buildings could be a catalyst for more organizations to do the same.

“It feels like this is what we need to be doing,” Liebrecht said. “The whole idea of being able to take something like this and rethink it creatively, that’s the thought process that needs to go into the rest of downtown.”