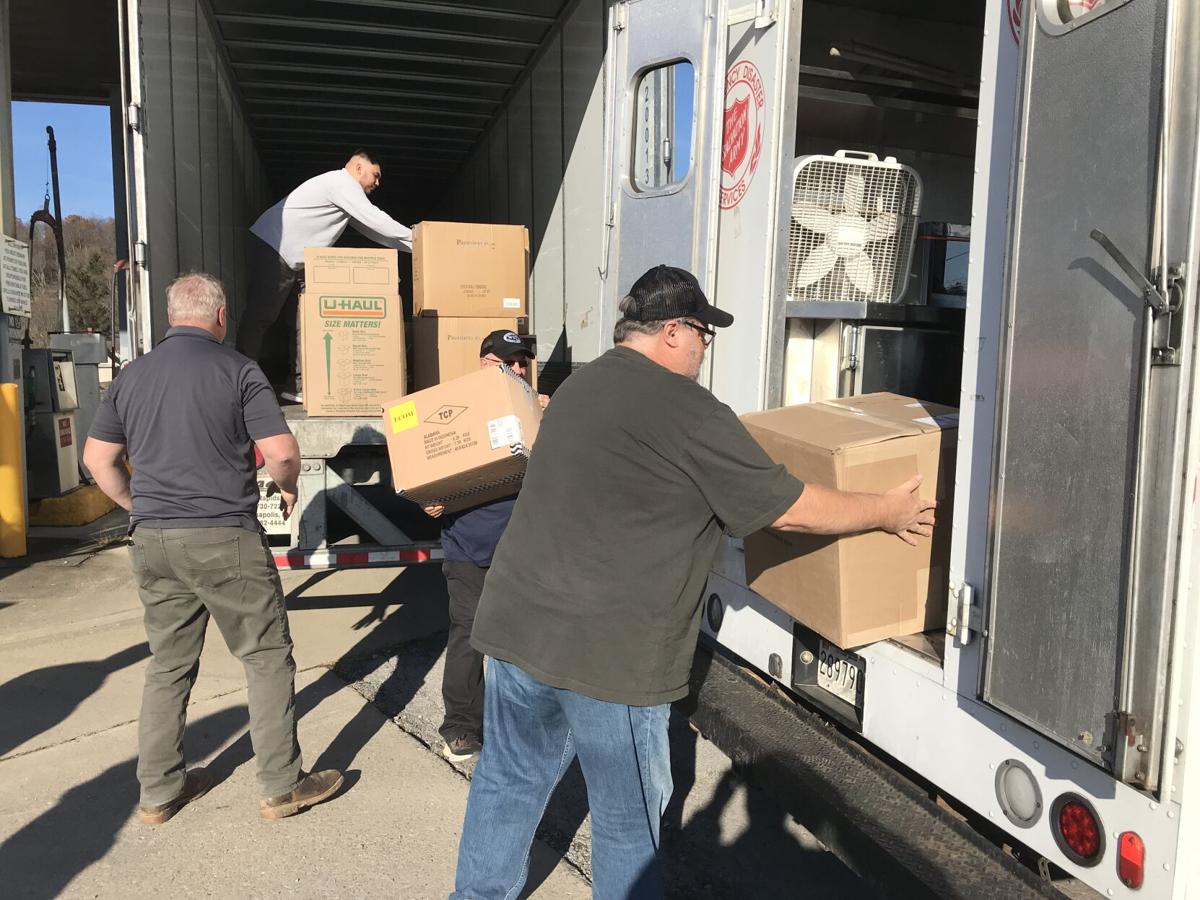 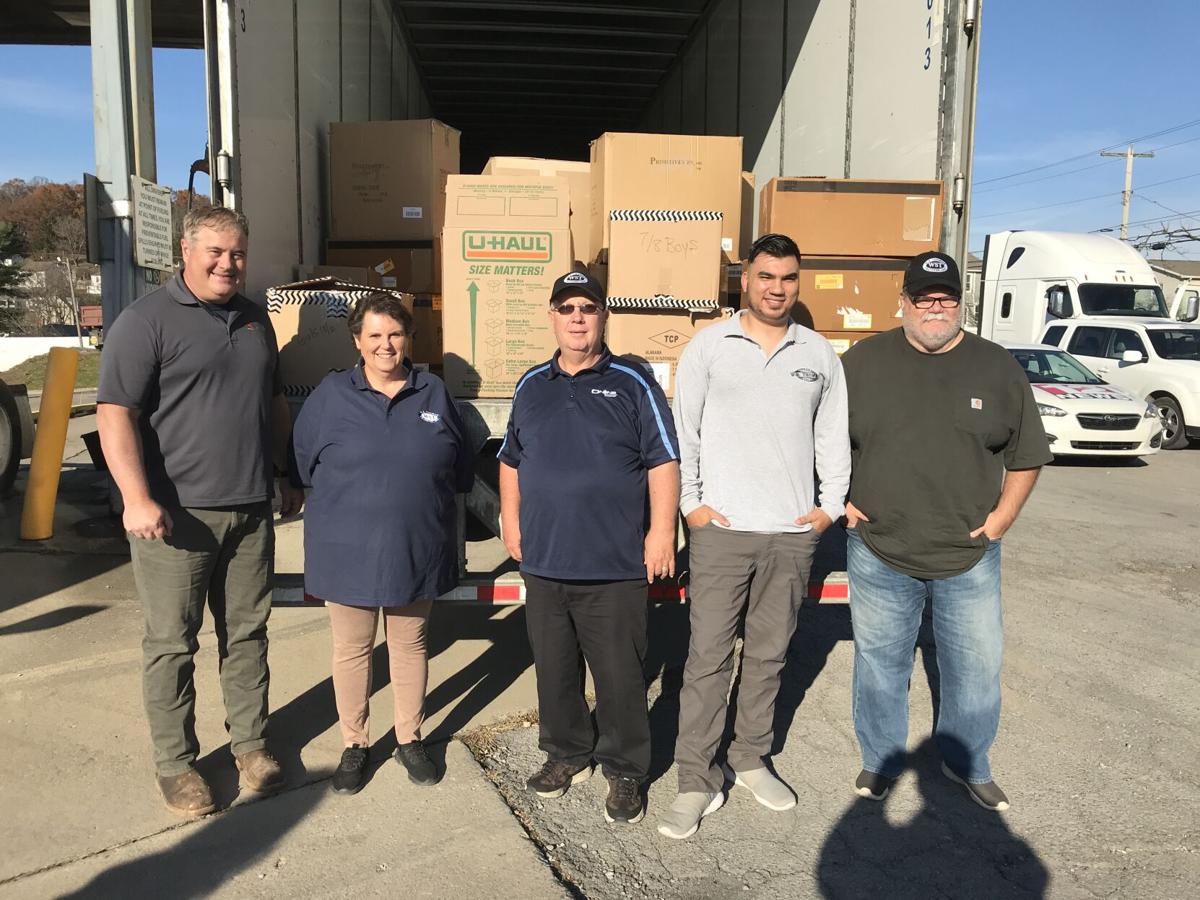 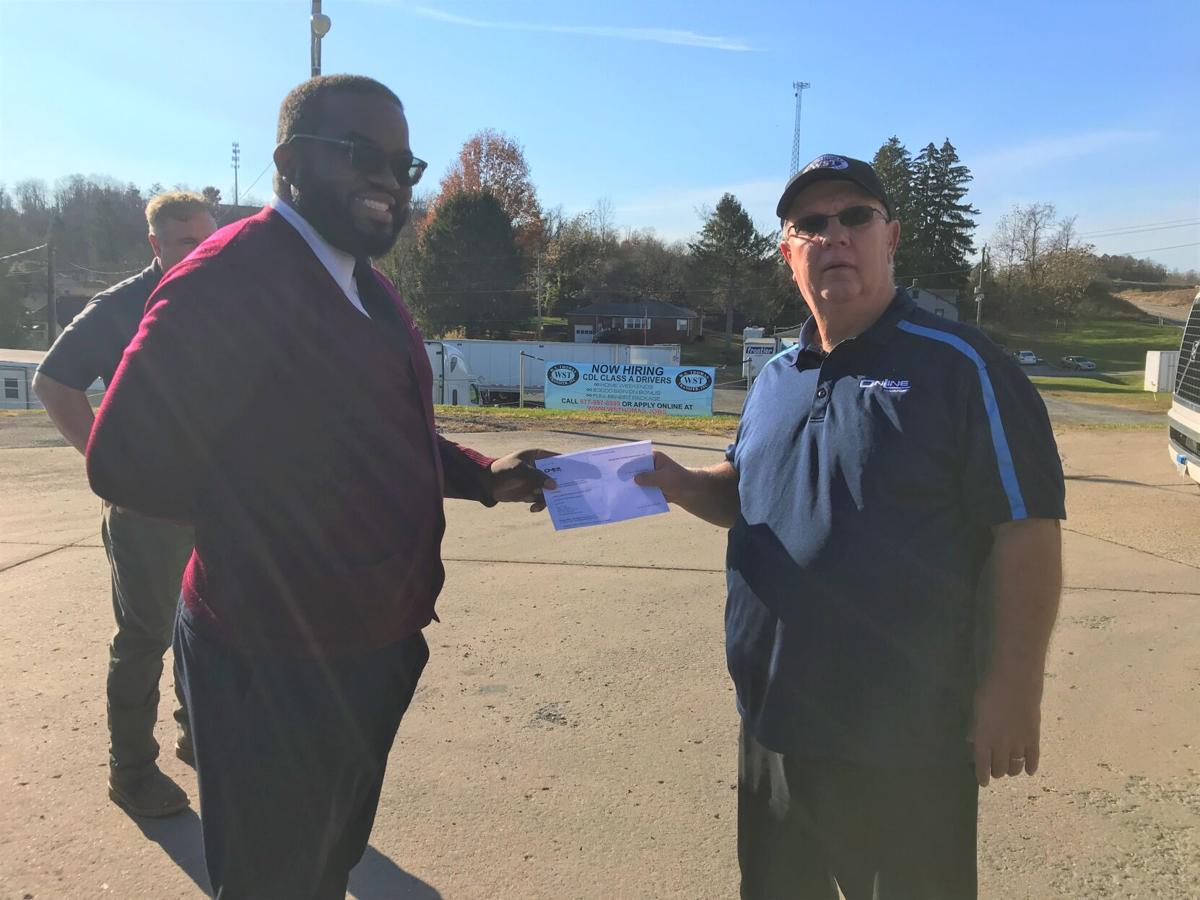 FAIRMONT — About 265 Marion County children will be warmer this winter due to the efforts of three companies who joined forces to hold a coat drive.

W.S. Thomas Transfer LLC teamed up with ND Paper and Gabriel Brothers whose employees donated new and gently-used coats for the drive that kicked off three weeks ago. On Tuesday, representatives of W.S. Thomas and ND Paper loaded up boxes of coats onto a Salvation Army truck that drove the goods to its office at 1512 Locust Ave. in Fairmont.

George Abel, terminal manager for W.S. Thomas, also presented the Salvation Army with a check for $2,000 to assist with their Red Kettle Campaign.

“We’ve got 700 terminals and they’re doing this also, but I think Fairmont’s the terminal that spearheaded it. We got it started, got the ball rolling, and kind of gave a progress report every week, and they saw we were making progress, so the other terminals jumped on board to do something also,” Abel said.

Among the 105 employees at ND Paper, their coat drive garnered 145 coats and at least one employee knitted a number of handmade hats and gloves that were packed among the coats, said ND Paper General Manager Steve Demyon. W.S. Thomas and Gabriel Brothers teamed up to donate 120 coats and 250 pairs of gloves.

The three companies were logical partners to team up on the coat drive as they are already business partners, Abel said. The trucking company hauls products for both ND Paper and Gabriel Brothers.

“He does quite a bit of work for us,” Demyon said.

“We haul scrap paper back into Fairmont and we haul their finished product back also,” Abel said.

When asked how the Salvation Army reacted when he called them to set up Tuesday’s check presentation, he said they were overcome with excitement.

“They were floored. They were very excited that we were doing this to help them out, especially this time of year. You know, wintertime is coming,” Abel said.

“I’m really surprised with the nice quality coats...there’s a bunch of Columbia coats in there and nice, heavy winter coats, so the people really stepped up for us,” Demyon said.

When companies get together and perform acts such as this, it sets a great example for the community. Abel said he hopes other businesses will step up now and help the Salvation Army as well.

“That all goes back into the community too. We have a lot of local people — both of us do — and so Gabriel Brothers has also a lot of people who work in the community. It’s a win-win deal for everybody — it really is when you help some people out,” Abel said.

Most of the new coats will be used as Angel Tree gifts on Dec. 13 when those gift bags are distributed to area families and “any that don’t pair up with that, we will do a coat giveaway through our thrift store and social service offices on Locust Avenue,” said Heather Hawkins who runs the Fairmont thrift store.

Lt. Sheldon Greenland, who heads the Salvation Army of Monongalia, Marion and Preston counties, said the coat drive fits in with the overall mission of the organization.

When asked how he reacted when he first learned about the coat drive donation, he responded with exuberance.

“I was like, ‘What? This is awesome.’ It was really a very, pleasant surprise. With a lot of companies pulling back, it’s nice to see a company stepping up and doing a little bit more than they normally would, so this awesome,” Greenland said.