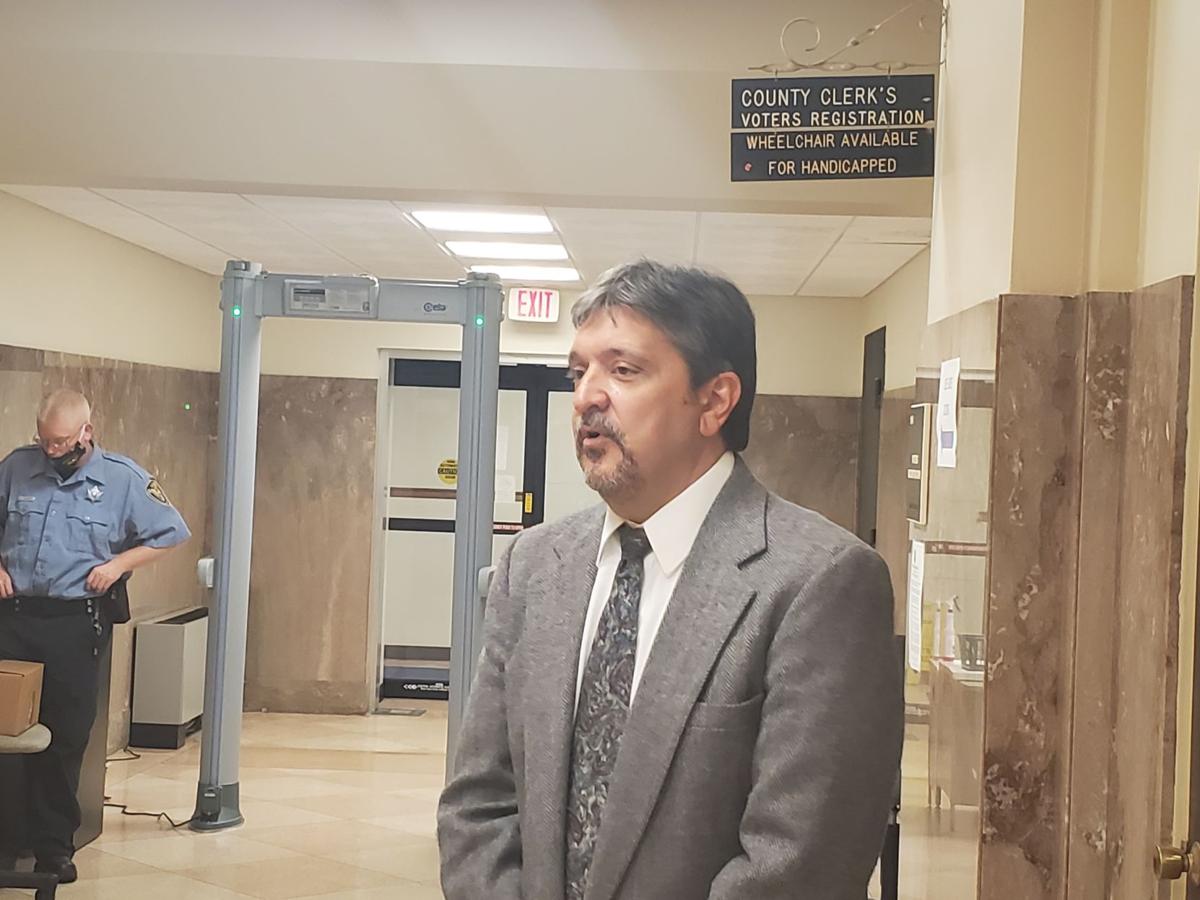 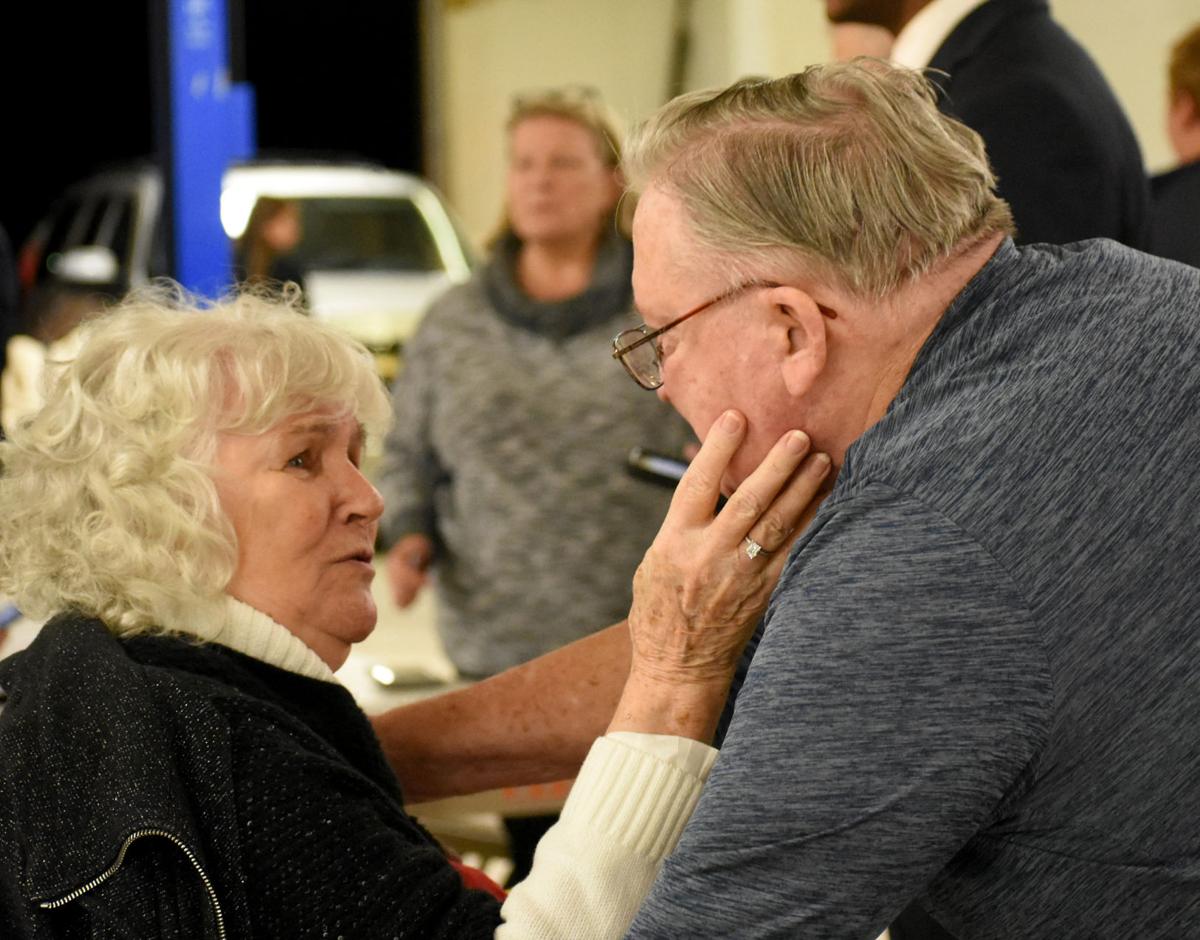 Janice Cosco, left, gets a hug from poll worker Fred Poling at the Marion County Election Center. Cosco will be resigning after 39 years as county clerk.

Janice Cosco, left, gets a hug from poll worker Fred Poling at the Marion County Election Center. Cosco will be resigning after 39 years as county clerk.

FAIRMONT — After 39 years in the position, Janice Cosco is resigning as Marion County Clerk effective Aug. 21.

In a statement from Cosco, he said her decision comes after a lot of thought and reflection on her career in office, and it is her personal choice to step down.

“Despite a few bumps along the way, these 39 years in office have been a great ride,” she wrote. “However, as it is written in the Book of Ecclesiastes, there is a time and season for everything and I, after much prayerful consideration, have decided that it is my time to move over and let someone else take the wheel.”

“We have progressed in my time here, in the last 16 years from paper ballots to electronic voting machines,” Antulov said. “She was adamant that we got it and did it, learned it and made it work. She was instrumental in us doing that.”

From here, the County Commission has to appoint a new person to the position of County Clerk, which must be completed before Aug. 21 when Cosco’s resignation takes effect. According to County Commissioner Randy Elliott, the members of the commission have to choose someone in the Democratic party, because it was the party Cosco is in office as.

“We haven’t gotten any names we’re looking at at this point in time, it’s early in the process,” Elliott said. “We’re going to look at it closely, and make sure that the person is going to be a good fit for the job.”

Once appointed, the new County Clerk will hold the position until the next primary election, when more candidates can file to run for the office. Antulov said he doesn’t want the position, but believes the next election will see a lot of candidates running for County Clerk.

“It is up to the County Commission to make the appointment to fill out the term,” Antulov said. “My understanding... the person will fill out the remainder of her term.”

Antulov has worked with Cosco for about 16 years now, he said, and her influence on him has been pivotal. The lessons she taught him as a public servant led him to believe her name is synonymous with the term.

“She will be greatly missed,” Antulov said. “She has taught me a lot over the years. I wouldn’t be in the position that I’m in without her. She has been a true public servant for the residents of Marion County.”

Elliott, too, knew Cosco before he took office. He said she may be the longest-running person to have a position in the courthouse period.

“She has been there longer than anybody I have ever known to serve in the courthouse,” Elliott said. “A very nice person that did a heck of a job.”

Antulov said Cosco has suffered health issues that have prevented her from being as involved in the election process as she usually has been. The coronavirus added further danger to her health which made her work even more difficult, which is what Antulov believes led to her resignation from the position.

“The COVID situation, her health, the disappointment in not being able to be more instrumental in probably the most difficult election in 100 years at least... that weighed on her,” Antulov said. “Things change from day to day, from morning to afternoon, and that hurt her I think that she couldn’t be more proactive in helping us. I think that was probably the top reason.”

Elliott said the timing of Cosco’s resignation is likely so she can leave the position on her own terms, possibly because of the pandemic going on.

“She had some health issues and so forth,” Elliott said. “We didn’t expect it, we weren’t looking for it but it just happened. In her own way she decided she was going to resign and give it up on the 21st of August.”

Antulov recalled a talk he had with Cosco from an early stage in his work in the County Clerk’s office. He said her ideology was that anyone who enters the office should be helped, and that message has stuck with him to this day.

“She’s a sweet woman,” Antulov said. “Her number one goal no matter what, and this is one thing that she told me from the very first time was ‘You take care of the public. They don’t leave the office without being taken care of.’”

Cosco extended thanks to the people she has met over the years, and said she appreciates everyone who elected her to be a public servant for so long in Marion County.

“I extend a heartfelt thank you to my family members who have given tirelessly of themselves and supported me throughout my public service,” said Cosco in her statement. “...To my staff (my ‘Kids’) at the office for their faithful dedication and the countless times that they have represented me through their acts of kindness toward others and most importantly, I thank all of those who have shown their love and support by electing me to serve you as Marion County Clerk over these last 39 years.”