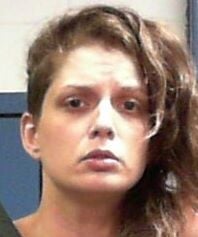 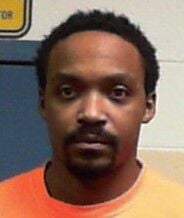 Fairmont Police said Breeana Dorarae Bizub, 25, and Tabetha Phillips-Friend, 44, turned themselves in last week in connection with the death of Greyson James Allen.

The charges stem from the two CPS workers’ failure to report to law enforcement an incident of child abuse against Allen that took place in January. According to the criminal complaint, by not reporting the January abuse to police, Bizub and Phillips-Friend inadvertently caused the child’s death.

On Jan. 25, the child was admitted to J.W. Ruby Memorial Hospital where he stayed a day and a half for “multiple injuries to his head that were not consistent with an accident and were considered child abuse,” states the criminal complaint.

During the January incident, police said, the child was being cared for by Walter Everett Richardson III, 33, who was alone with the boy. Police charged Richardson with first-degree murder on March 8, two days after the boy’s “bodily functions were stopped.”

In a Jan. 25 interview with Child Protective Services, the child said, “Walter intentionally hurt him and was scared of Walter and did not feel safe with him,” according to the criminal complaint for his mother’s arrest for one count of child abuse causing death, which took place on March 27.

After the child’s interview in january, the CPS worker drafted a temporary child protection plan and gave it to his mother to follow.

“The plan was in effect for seven (7) days or until an additional assessment could be conducted. The plan advised that Walter would not be around the child until an assessment was conducted by Marion County CPS,” states the criminal complaint.

The March 4 investigation began shortly before 9 a.m. when officers arrived at a home in the 1000 block of Green Street in Fairmont where they found the boy “unresponsive” and “with visible blood on his clothing,” states the criminal complaint. Crews from the Marion County Rescue Squad were carrying the child down a flight of stairs when police arrived.

The child — referred to as GA in the criminal complaint — was transported to Fairmont Medical Center where he was intubated and stabilized so he could be transported to J.W. Ruby Memorial Hospital in Morgantown where he was placed in the pediatric intensive care unit.

“Further review of the juvenile’s injuries showed trauma to the head of the four-year-old and additional bruises throughout his body. The juvenile had lacerations to his lips and broken teeth,” states the complaint.

“The upper back of the juvenile had visible shoe imprint markings.” Police said the child had “in excess of 50 injuries” to his body.

The child’s mother, 27-year-old Ashlee Starlene Renee Allen, of Fairmont, and Richardson, both remain in the North Central Regional Jail where their bonds remain at $500,012.

Bizub and Phillips-Friend were released on their own recognizance.