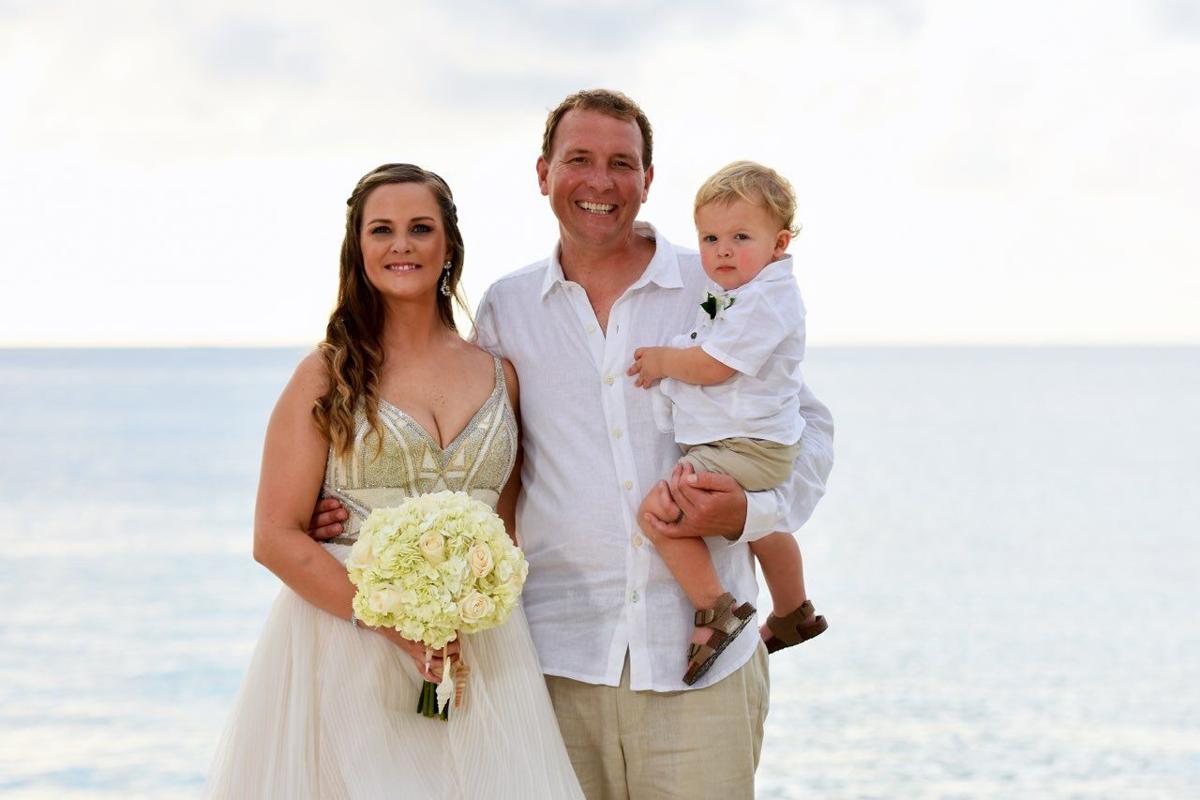 Katie Helwig, her husband Guy and their son Sawyer on the couple’s wedding day. Only days later, Katie would be diagnosed with breast cancer. 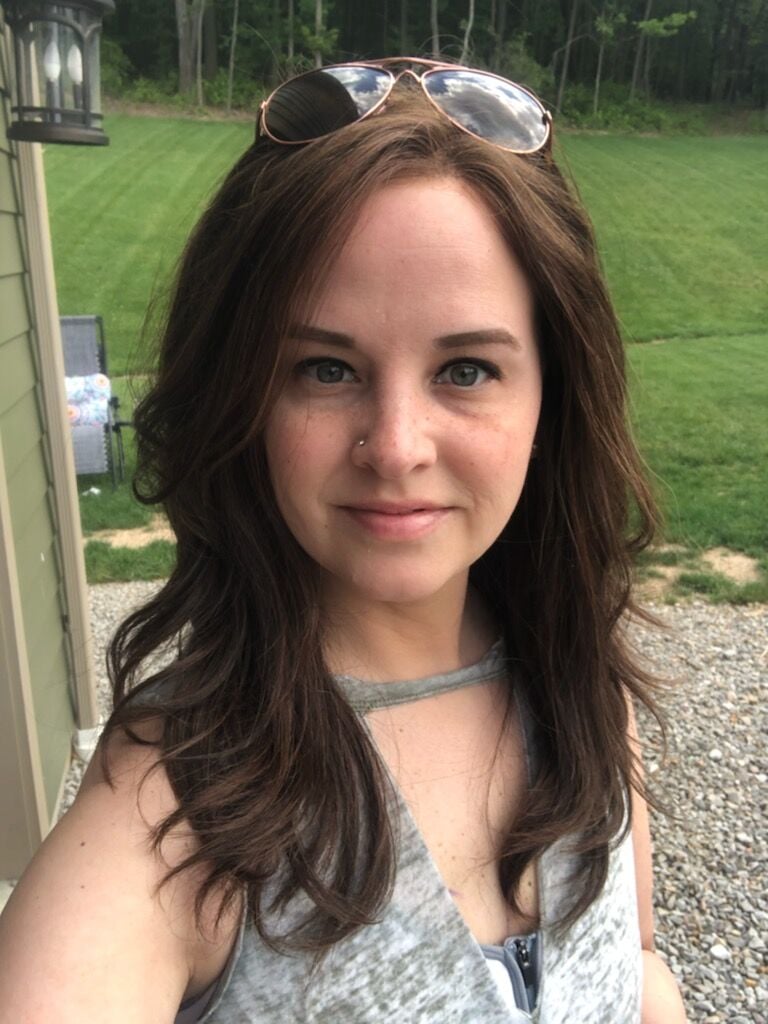 Katie Helwig before being diagnosed with breast cancer. 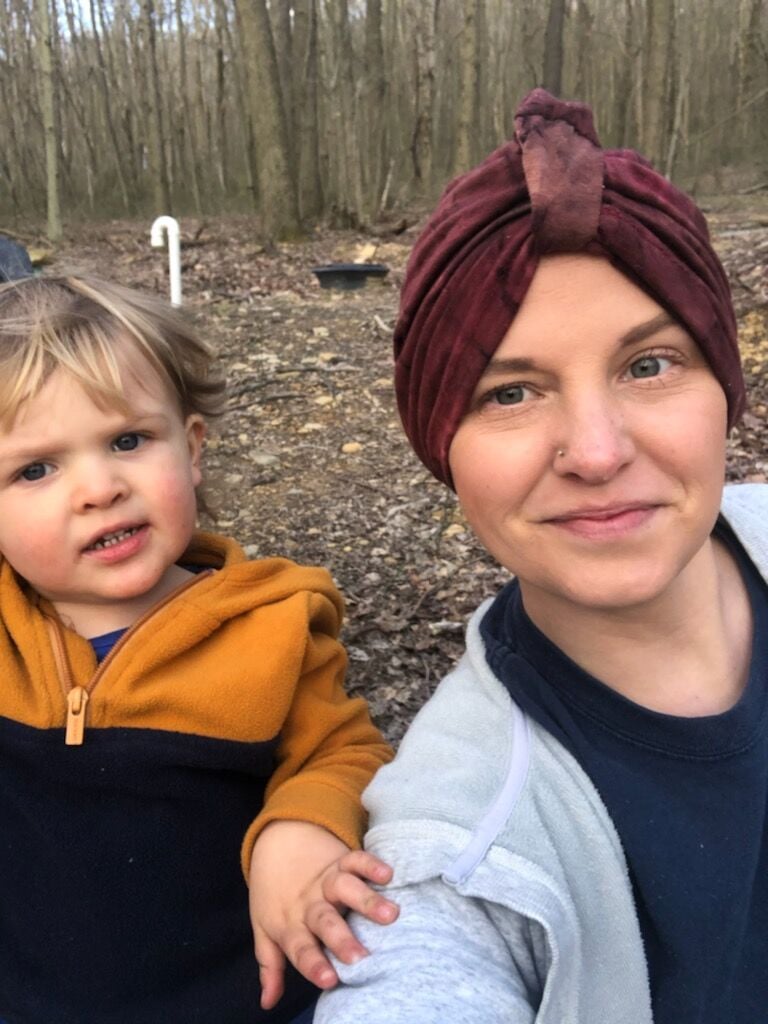 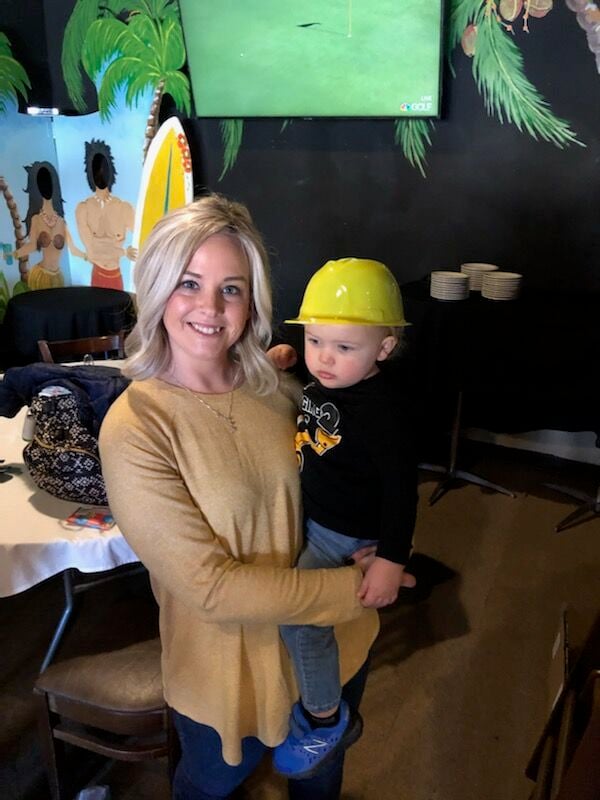 Katie Helwig, her husband Guy and their son Sawyer on the couple’s wedding day. Only days later, Katie would be diagnosed with breast cancer.

Katie Helwig before being diagnosed with breast cancer.

It was only a week after her honeymoon — less than a year ago, the week of Thanksgiving 2019 — when Katie Helwig first thought something was wrong with her body.

The Morgantown native and former Fairmont State University student at the age of 29 was just settling down into married life in nearby Smithfield, Pennsylvania, where she still lives.

“I wasn’t looking for it, but one of my breasts was kind of sore, so I did a self-exam. And that’s when I felt a lump in my right breast,” said Helwig.

Her mother is a breast cancer survivor “so I kind of knew to watch for signs of it,” Helwig said.

“The women in my family carry the BRCA2 gene, which makes us more susceptible to breast and ovarian cancer than other women,” she said.

Her mother had experienced stage 1 breast cancer in the past, but it was diagnosed early and treated successfully, which led to a full recovery. As a result of her mother’s cancer, though, Katie and both her sisters had been tested for the BRCA2 gene years earlier. Katie and her sister Jessica both tested positive for it.

“When I felt the lump, I immediately called my oncologist. Because of my family history, I was lucky to have had an oncologist who knew me. She asked me to come in immediately for an exam and then sent me on for further tests,” Helwig said.

A mammogram, ultrasound and MRI turned up results that were termed “highly suspicious.”

“It seemed to the doctor the lump in my breast was likely cancerous,” Helwig said.

As a newlywed and mother of a two-year-old, being diagnosed with breast cancer was not part of what Helwig had envisioned for her future. Her doctors at WVU Medicine moved swiftly to conduct more tests.

“I was obviously really upset and scared as soon as I found out the results. But the very next day, they scheduled me for a biopsy,” she said.

“They diagnosed me with Stage 3 ductal carcinoma. It was a shock to everyone,” she said.

Stage 3 means the breast cancer has extended to beyond the immediate region of the tumor and may have invaded nearby lymph nodes and muscles, but has not spread to distant organs. Although considered to be an advanced form of cancer, there are a number of effective treatment options.

Included among those shocked was Guy Helwig, Katie’s new husband.

“I couldn’t believe it. I didn’t know what to think. You hear about those kinds of things all the time, but you never expect it, especially with somebody that young,” he said. “She took it hard at first, of course. We both did.”

Katie Helwig knew she had to move quickly. She told her doctor to do whatever needed to be done.

“I was scared, but I wanted to know what the plan was, so I could face it head-on. I knew I could get better and move on with my life,” she said. “From there, they started scheduling like crazy for everything.”

Within a week, Helwig had a port installed in her chest and began to receive chemotherapy.

To start, she received six rounds of Adriamycin, commonly called “the red devil” because of its color and toxicity. She then moved on to six rounds of Taxol, a chemotherapy drug that slows the growth and spread of cancer cells.

After that, she underwent a double mastectomy with reconstructive surgery. And after healing for six weeks, she received radiation therapy for six and a half weeks.

“They kind of put me through the ringer,” Helwig said.

“I tried to do really well keeping up with my little boy and family life. One of my big things — even throughout chemo, as tired as I was — is the fact I didn’t want to live like a cancer patient, I didn’t want to lay around,” she said.

“I tried my best to live life to the fullest because we don’t know when it’s going to be taken away. That’s something I learned throughout all of this. I’ve had down days and still do. But for the most part, I’m able to keep up.”

She was also scared for her young son, but delicately explained to him she was sick and sometimes needed rest.

“Sawyer was only two when I was diagnosed, but I was really surprised he was so understanding. We taught him ‘Mommy had boo-boos and sometimes doesn’t feel well, so he let me rest for the most part,’” Helwig said.

Only a few weeks shy of the first anniversary of discovering the lump in her breast, Helwig’s been told by her oncologist she’s now cancer-free.

Today, she remains on a couple of prescriptions, but life seems to be largely returning to how she’d envisioned it during her wedding ceremony on the beach.

“I feel really good. I’m tired. I’m still on two medications and a monthly injection because my cancer reacts to estrogen, which basically put my ovaries to sleep,” she said. “I’m also on a pill that blocks all estrogen. But other than being tired, I feel pretty normal.”

“Guy has been very supportive. If I have a down day or two, he’s good about making me get back up, stay active, and try to keep my mind occupied,” she said.

Now 30 years old, Helwig wants to share her story with younger women who think breast cancer is “not supposed to be on their radar at this point in life.”

“I share everything that’s going on with me on my social media. Because I’m super-young and most people don’t think about having breast cancer at my age, I highly-encourage women of all ages to take at least self-exams every month. Only you know your body. If you feel something is wrong, bug the heck out of your doctors until they listen to you,” she said.

“If you care about living and living for the people who care about you, then you should get your checkups regularly. People should not think at any age they can’t get cancer because it obviously happens at all ages,” he said. “For Katie to be cancer-free now, it’s a huge relief for her and me and our son.”

Helwig is already back to experiencing the little things in life that most people take for granted.

“I just had my first hair trim yesterday,” she said.