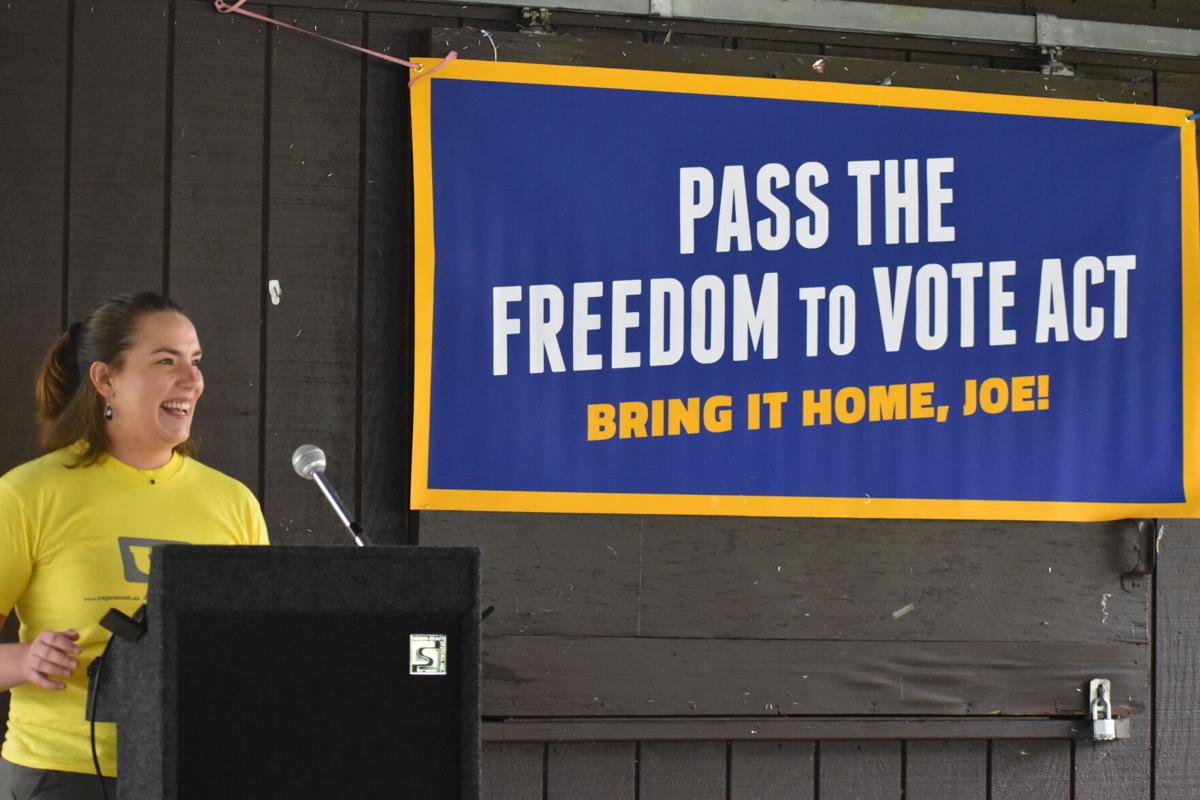 Erin Lehman, an organizer in West Virginia for the anti-corruption activist group RepresentUs, acted as the emcee for a rally held at East Marion Park Saturday morning. 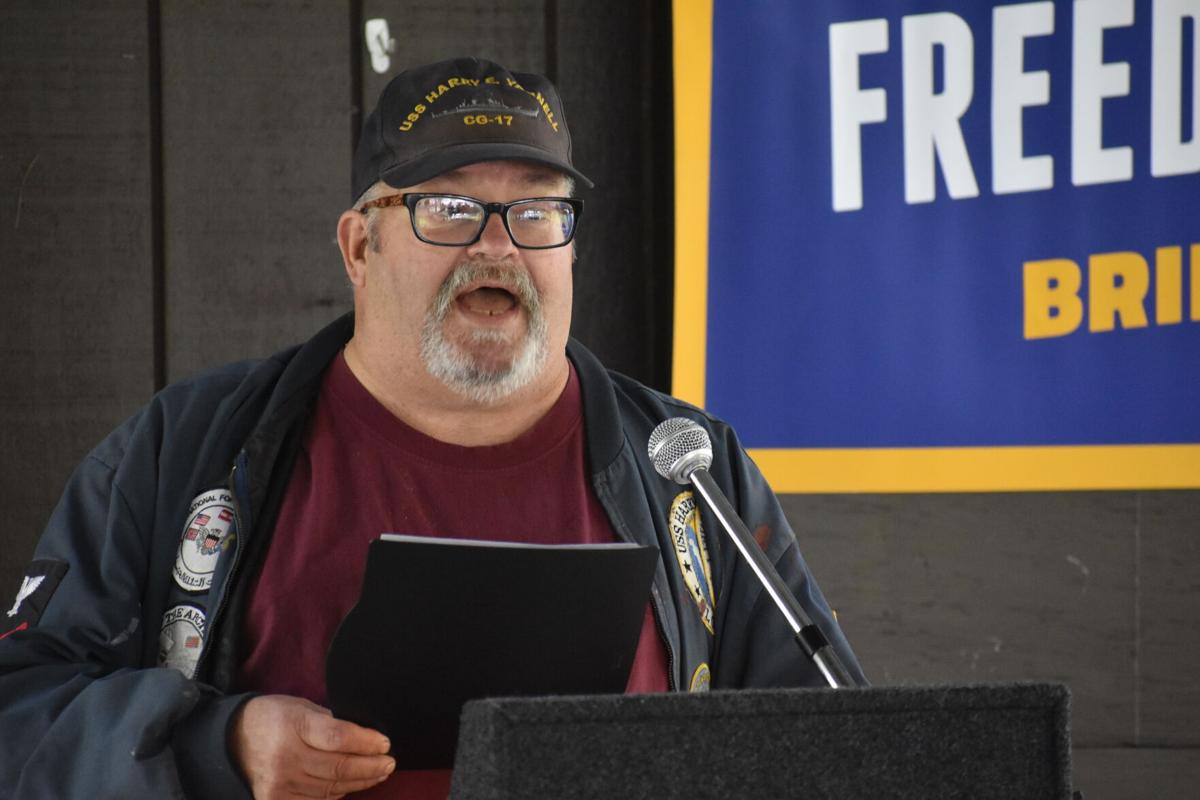 U.S. Navy Veteran Rodney Wilson speaks about why he supports the Freedom to Vote Act.

Erin Lehman, an organizer in West Virginia for the anti-corruption activist group RepresentUs, acted as the emcee for a rally held at East Marion Park Saturday morning.

U.S. Navy Veteran Rodney Wilson speaks about why he supports the Freedom to Vote Act.

FAIRMONT — Fairmont residents rallied together to tell Democratic U.S. Sen. Joe Manchin that they support his Freedom to Vote Act.

The U.S. Senate is scheduled to vote on the bill next week.

Some activists are organizing a "rally-relay" of other events through West Virginia to Harper’s Ferry, where they will be “passed off” to the national rally in Washington, D.C. on Wednesday, when the vote is slated to take place.

The rallies will go through West Virginia to Harper’s Ferry, where they will be “passed off” to the national rally in Washington D.C. on Wednesday, when the vote is slated to take place.

Erin Lehman, a ground organizer in West Virginia for RepresentUs, acted as the emcee at the rally Saturday.

“RepresentUs is a nonpartisan, nonprofit, anti-corruption group,” Lehman said. “We mostly work on government reform and we’ve had successes across the country, but now the Freedom to Vote Act is very much a top priority.”

Introduced Sept. 14 by Sen. Amy Klobuchar, D-Minn., Manchin came on board as one of the lead sponsors of the Freedom to Vote Act after he said publicly he refused to vote for the predecessor bill, the For the People Act. The rallies in West Virginia are to show Manchin that his constituents are behind him, and to also tell U.S. Sen. Shelley Moore Capito, R-W.Va., that she should vote in favor of the bill.

Capito has come out against the Freedom to Vote Act, calling it federal government overreach.

“This bill is, at its core, an anti-corruption bill.” Lehman said. “It’ll get dark money out of politics, it’ll end partisan gerrymandering and it’ll make election day a national holiday.”

But the bill has far more previsions in it than those, several of which cement national standards around early and mail-in voting. Easy access voting is essential to a democracy, but it’s also necessary for those like Rodney Wilson, a disabled U.S. Navy Veteran from Wood County, West Virginia who spoke at Saturday’s rally.

“I took an oath to support and defend the constitution, I strive to honor that oath everyday, and that’s why I’m here today,” Wilson said. “When it comes time to vote... I often rely on mail-in or absentee voting to cast my ballot, that’s why I’m deeply concerned when I see state legislatures across the country restricting access to the ballot box.”

Besides Wilson’s status as a veteran, he is also the co-founder of WV Veterans for Democracy.

Another provision the bill provides is the removal of dark money from campaign finances by requiring large donations be transparent. This aspect helps the average voter know who’s funding the candidates on the ballot.

“Men and women who carry a bucket to work and the many voters who live paycheck to paycheck should know their vote matters just as much as a billionaire or millionaire CEO,” said Chad Francis, coordinator for West Virginia United Mine Workers of America. “Until dark money is out of politics that just won’t happen.”

Many of the rights the Freedom to Vote Act will ensure are already commonplace in West Virginia but not around the country. Aspects such as guaranteed days of early voting and common sense voter ID are provisions Manchin instated when he was W.Va. Secretary of State.

Natalie Tennant, another former Secretary of State, was in attendance Saturday, who has worked as an advocate for the bill through both its iterations.

“I’m so glad that it’s on the books that the bill is going to be voted on,” Tennant said. “We may see one of those first votes that’s procedural, it may be on party lines and it may fail, but that will lead us to the next step and... [the bill] is the closest to passing it’s ever been.”

The rally’s organizers wrapped the event up by having each attendee call Sen. Capito’s D.C. office and leave a message telling her to vote for the bill. Attendees were also encouraged to call Manchin’s D.C. office as well and tell him West Virginians are behind him.