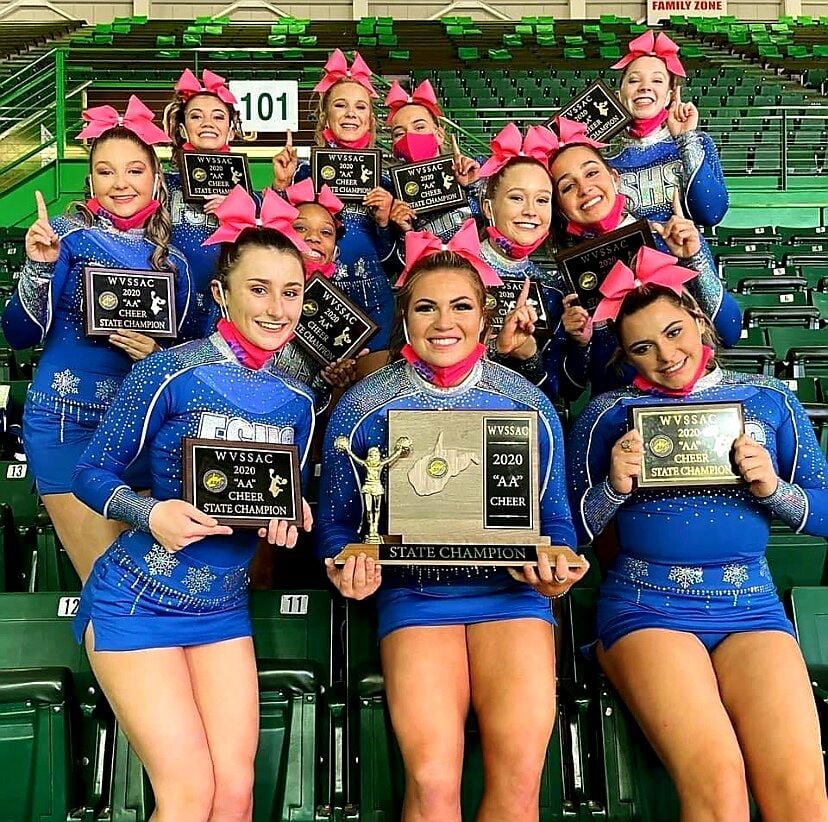 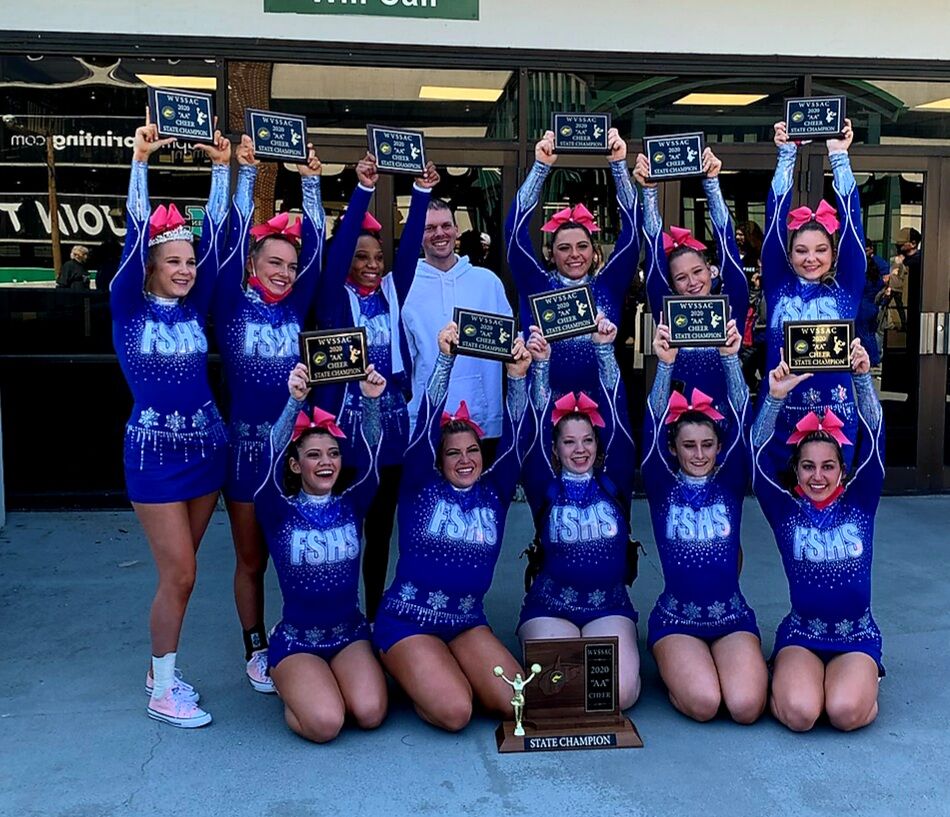 FAIRMONT — The Fairmont Senior cheerleaders hadn’t won a state championship since 1999. But this year, they were number one.

The squad cinched the title of Class AA champions this past weekend in Huntington. Nathy Janes, head coach of the squad said it’s a ton of work to prepare for championships as cheerleaders work year round cheering for football, basketball and do strength and conditioning.

Cheer states are usually in December but were delayed until March. The squad won regionals in November and with the delay didn’t compete again for 10 weeks. Janes said the team then had four weeks to prepare.

“It was pretty tough but obviously they did a good job. They were very driven. They have a lot of grit, this team, and this was their goal from the beginning,” said Janes.

Last year, the team placed sixth and pledged they didn’t want to come in sixth again. Janes said it takes a village to put together such an accomplishment.

She wanted to thank outfit designers, the team’s strength and conditioning coach, parents and choreographers who are both Fairmont Senior cheer alums.