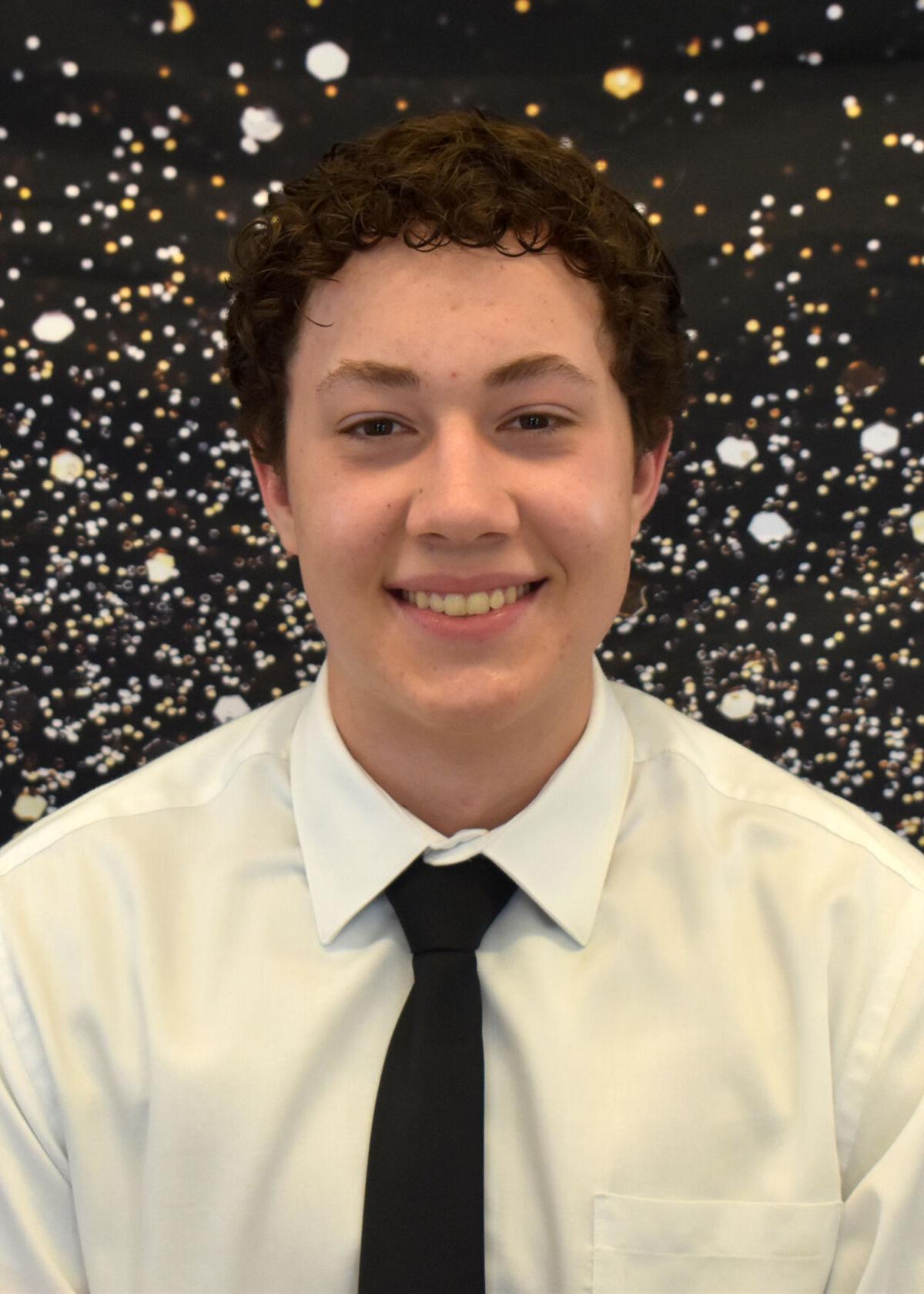 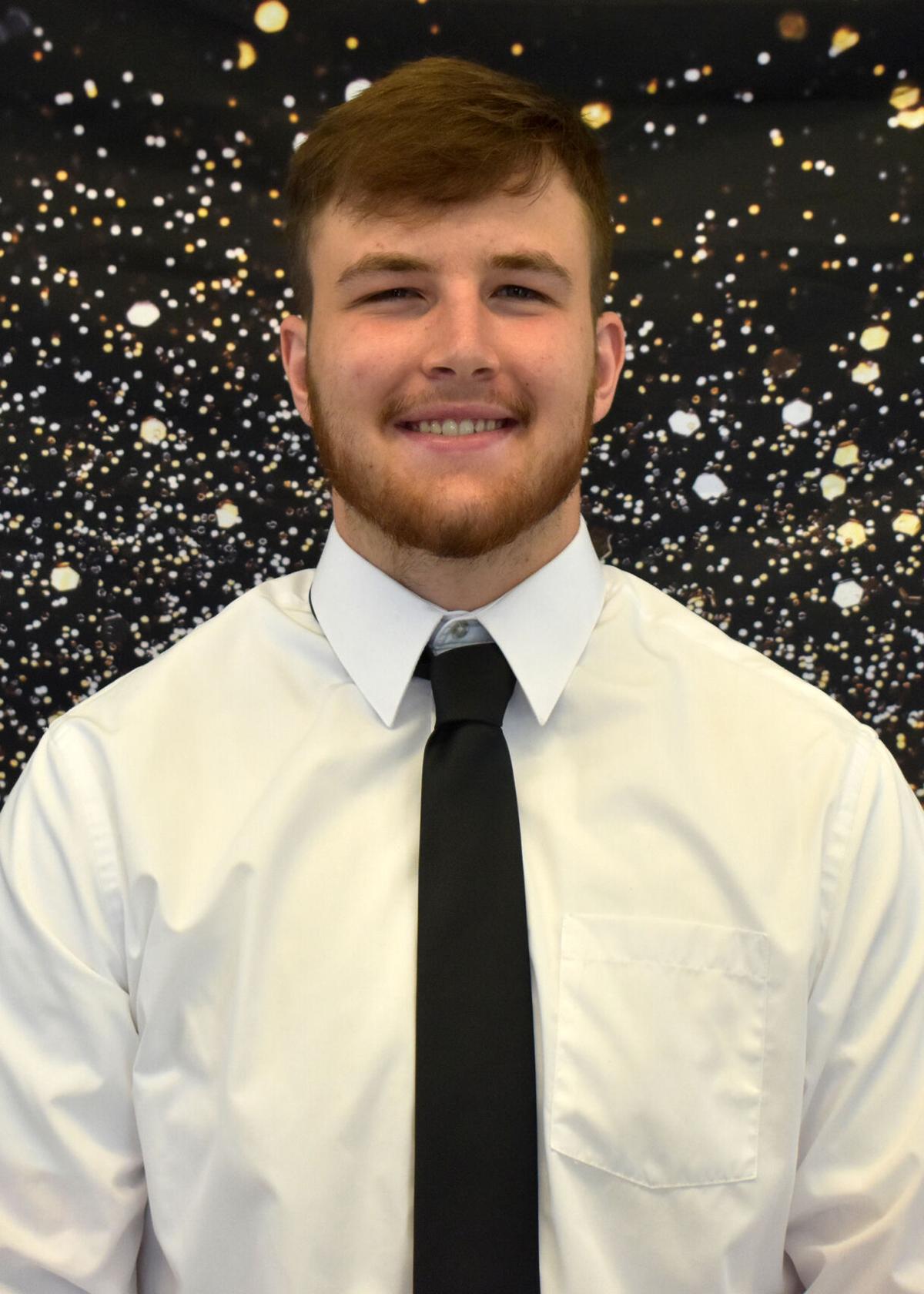 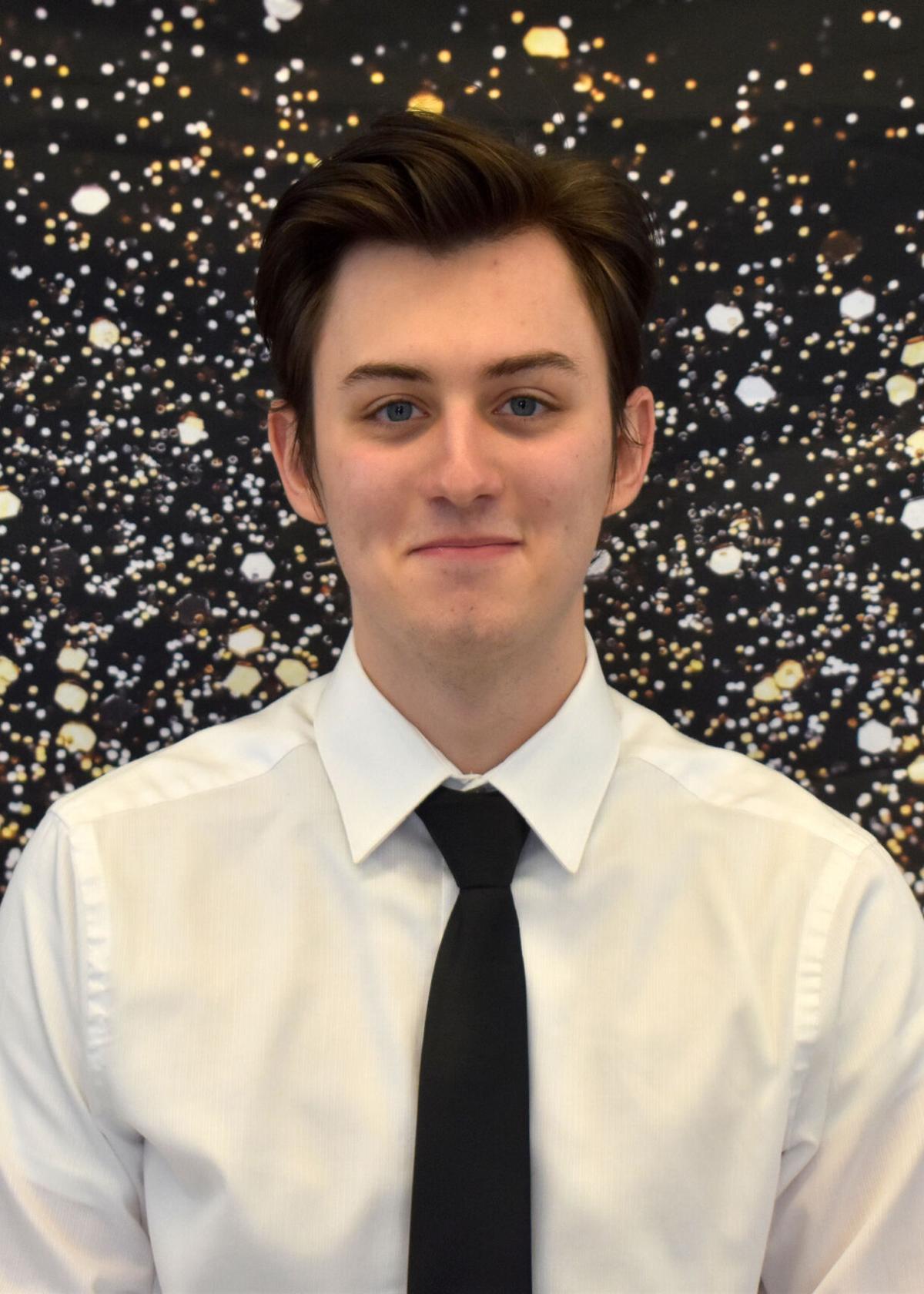 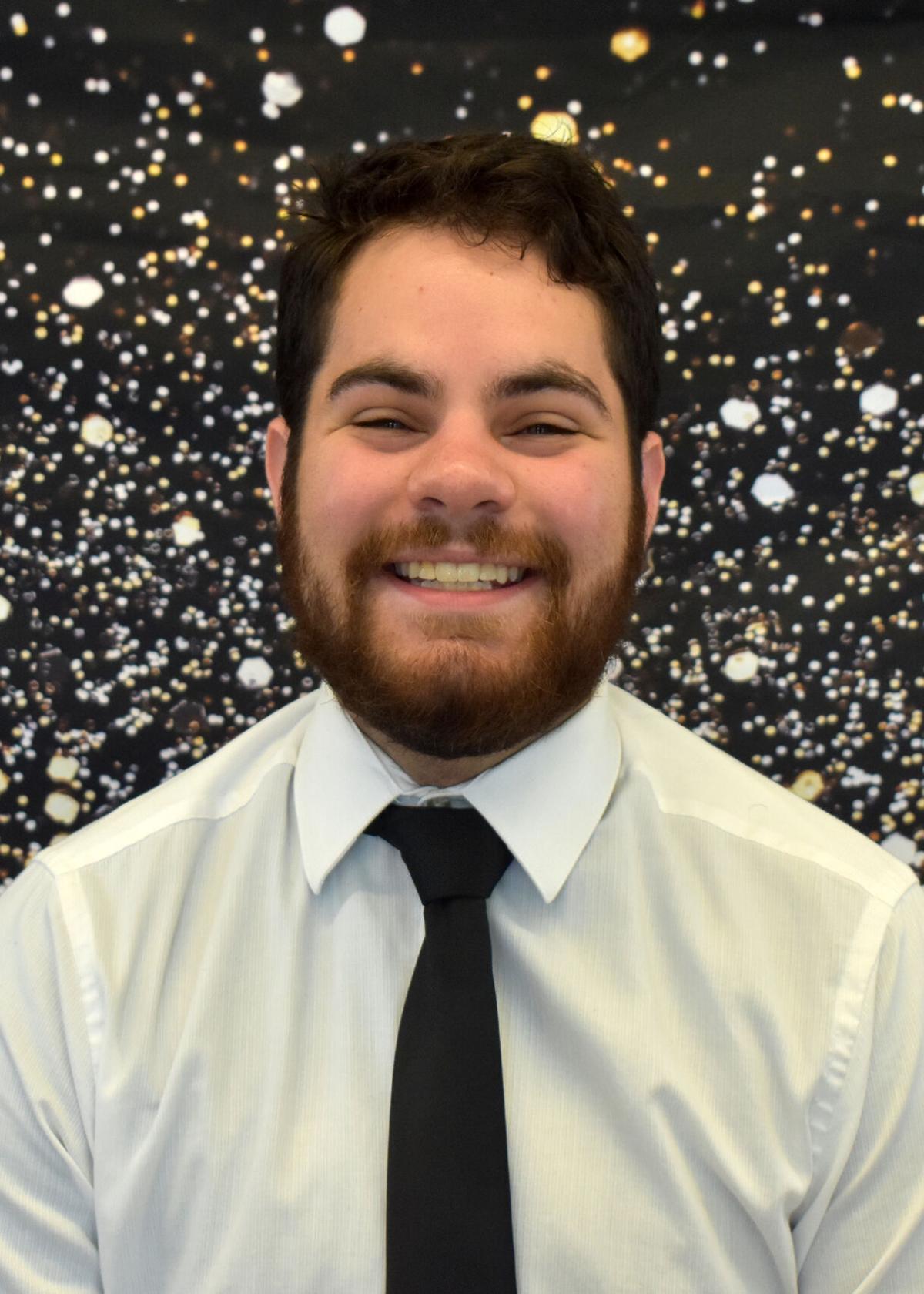 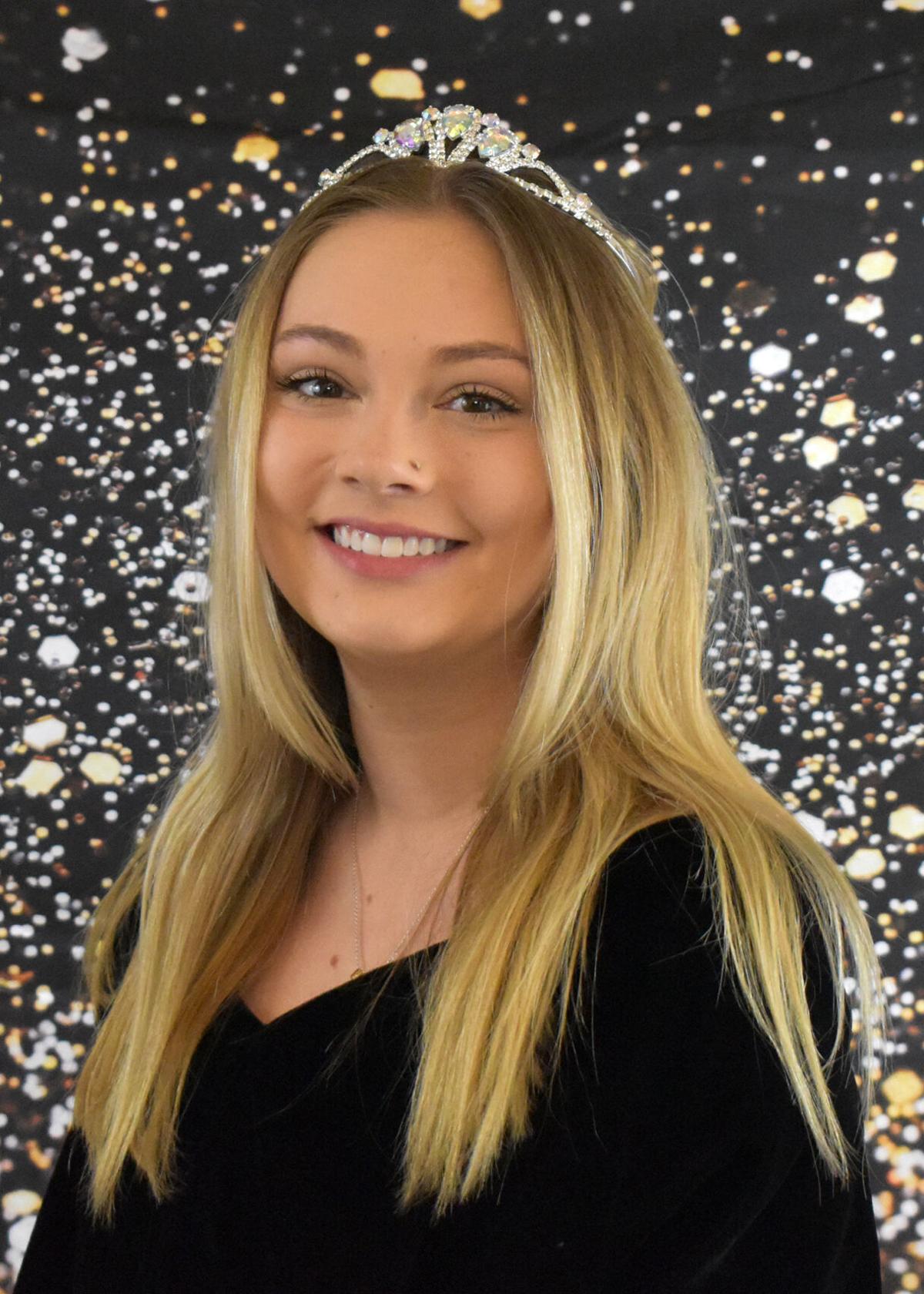 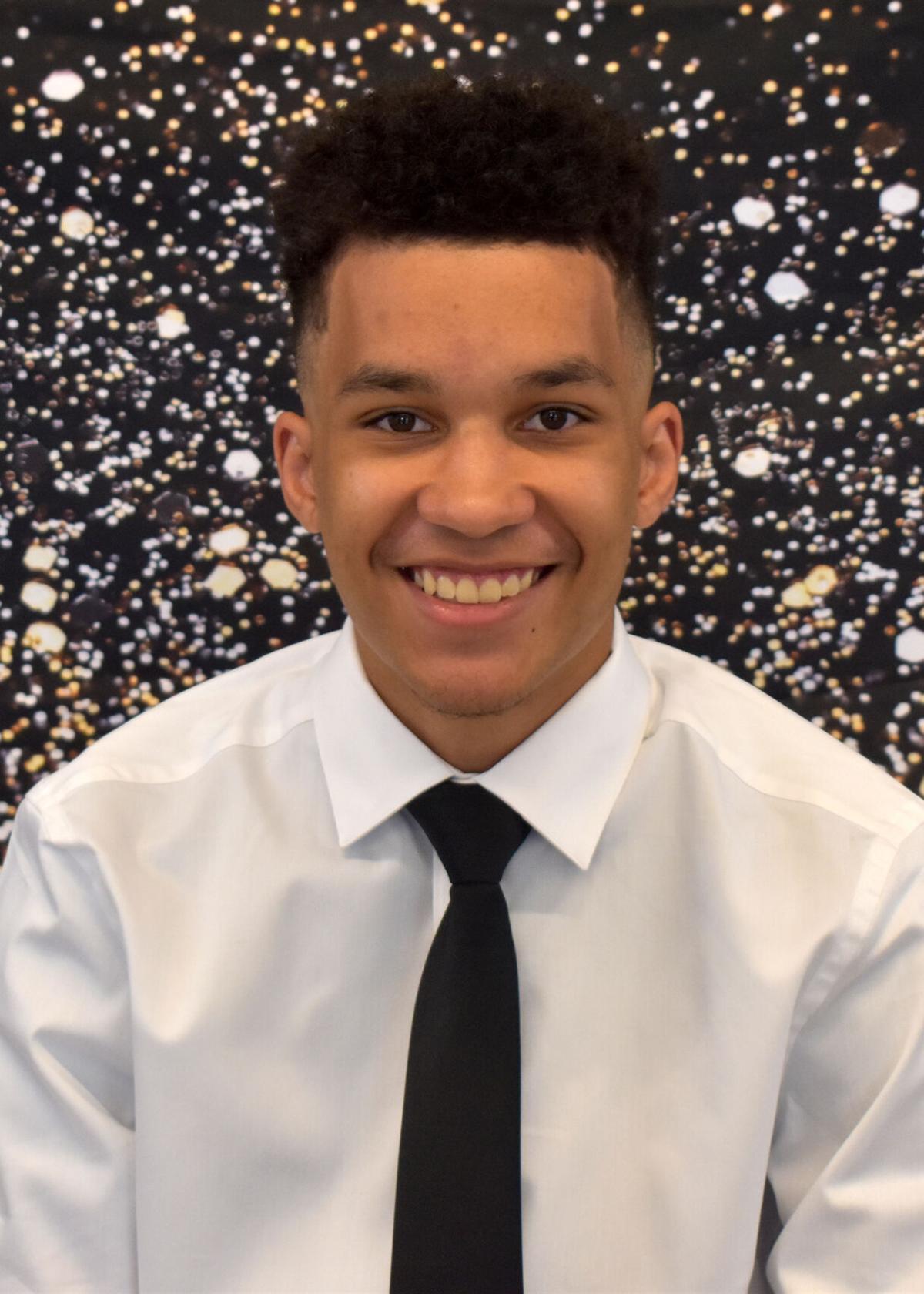 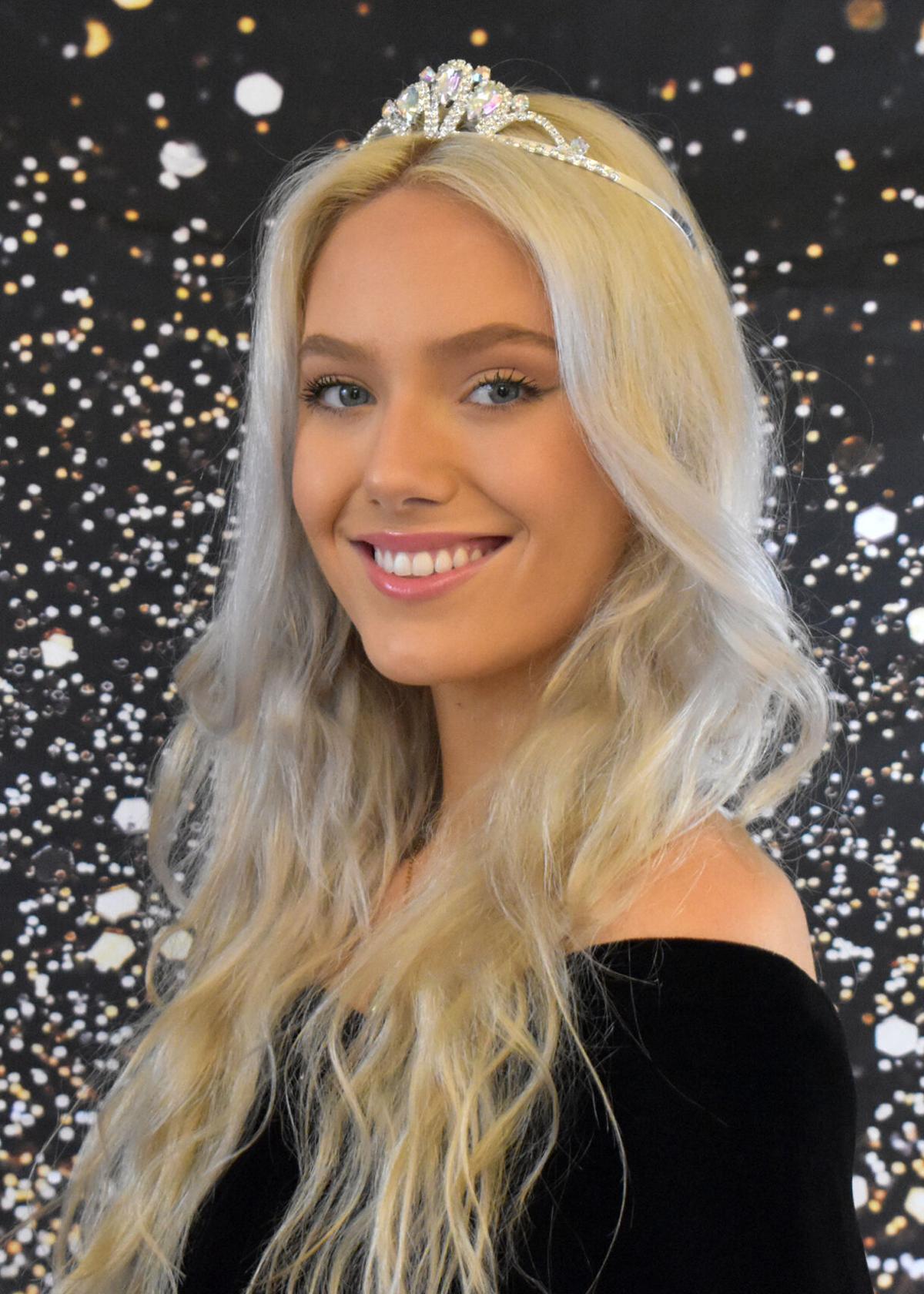 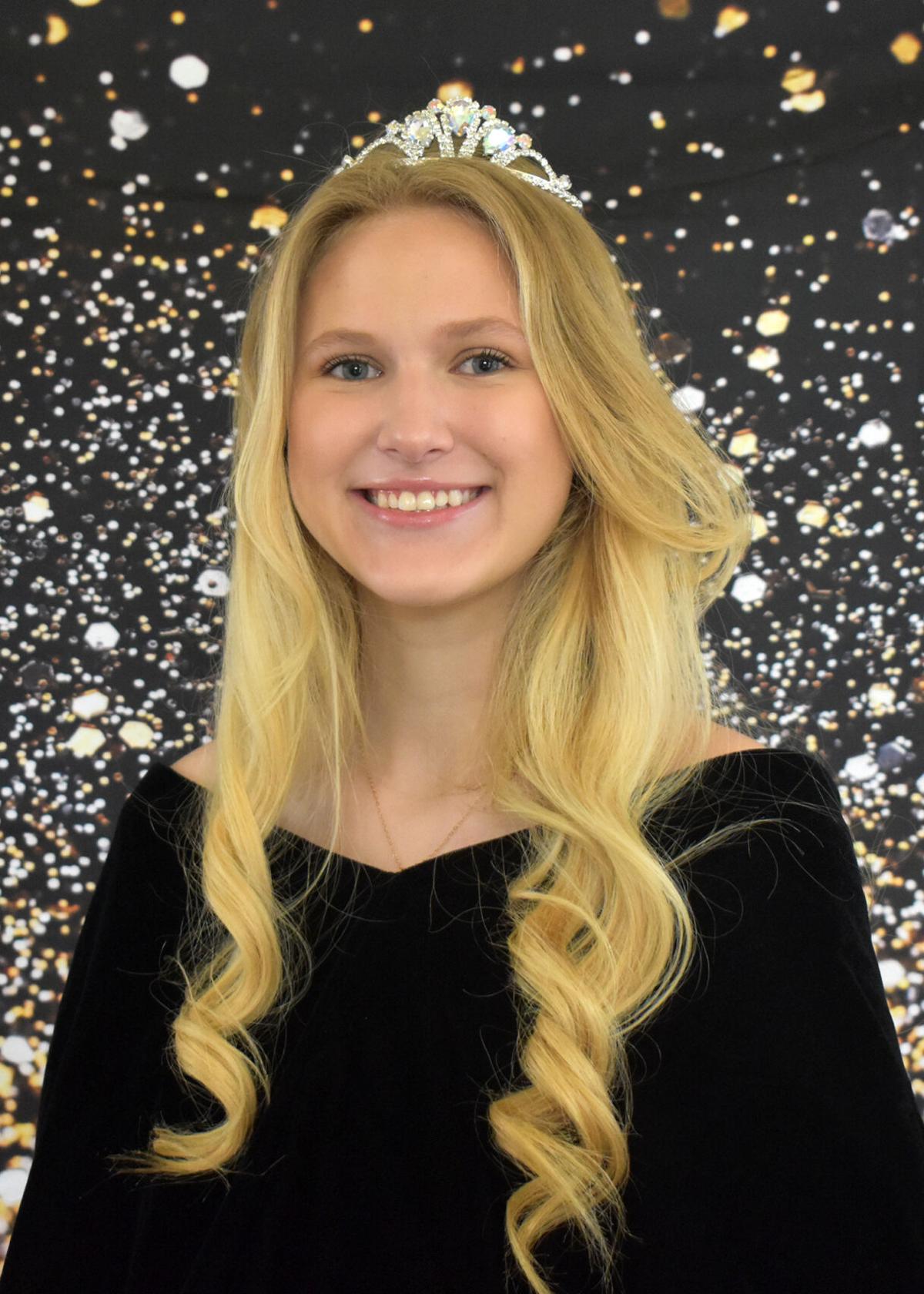 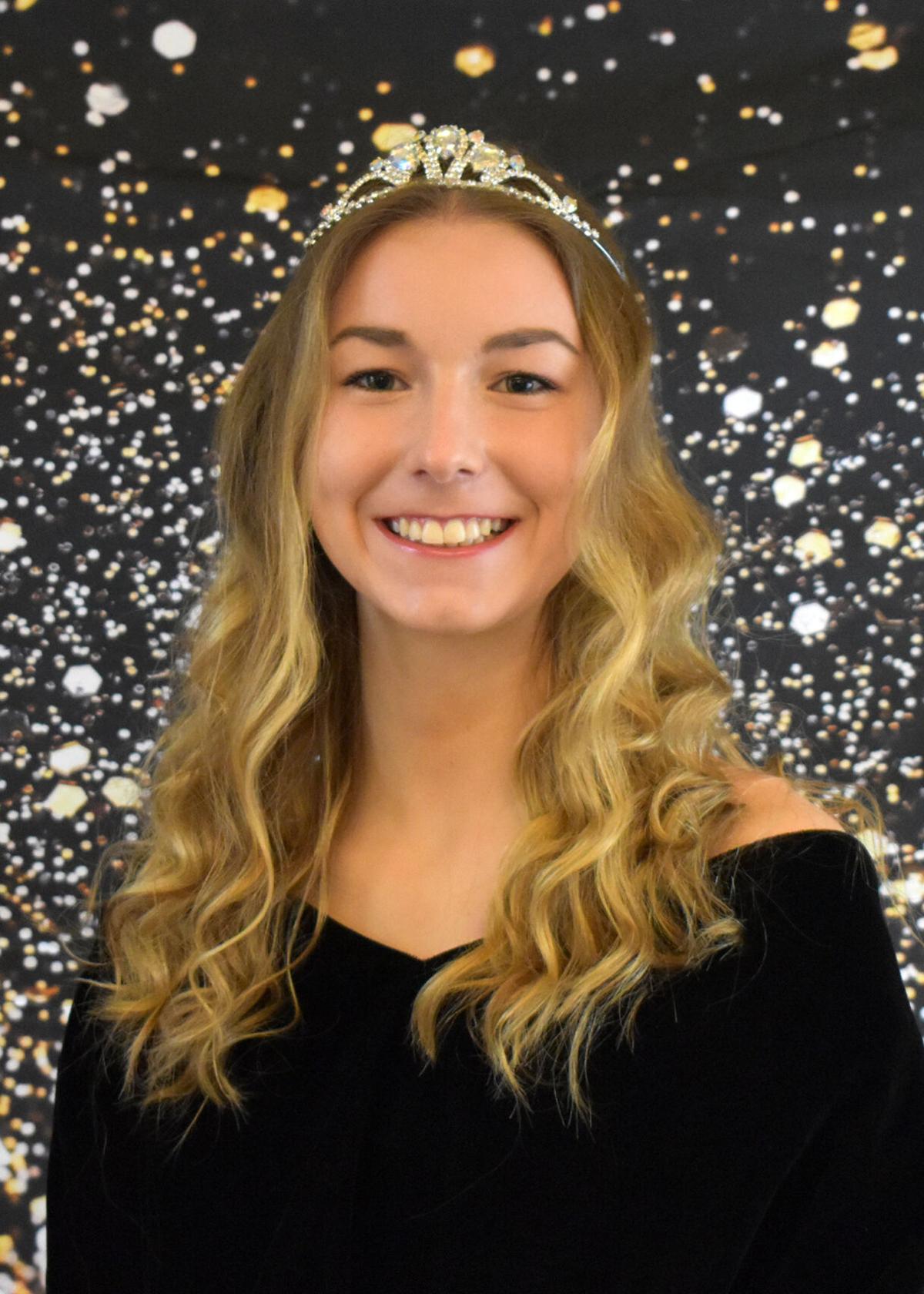 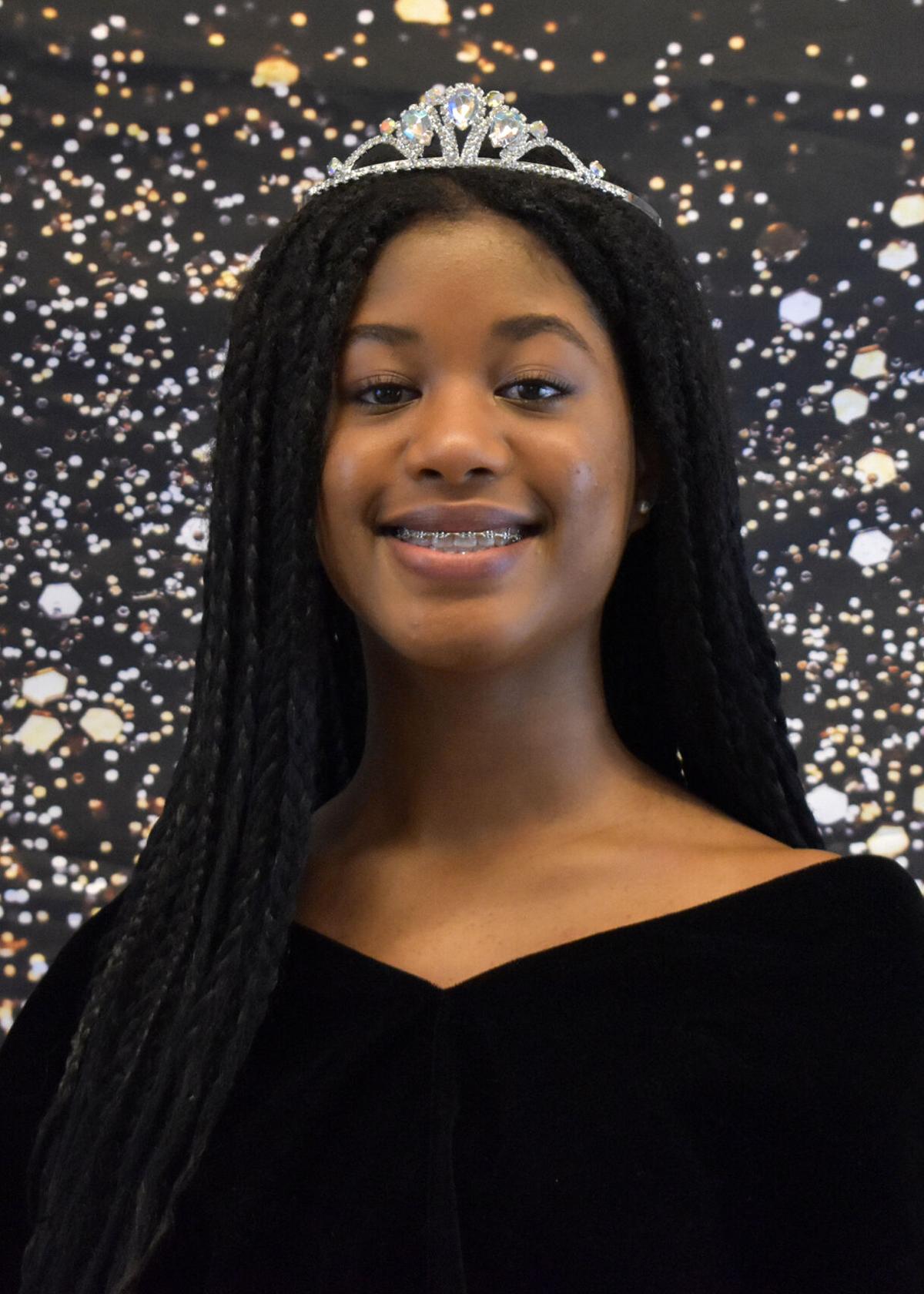 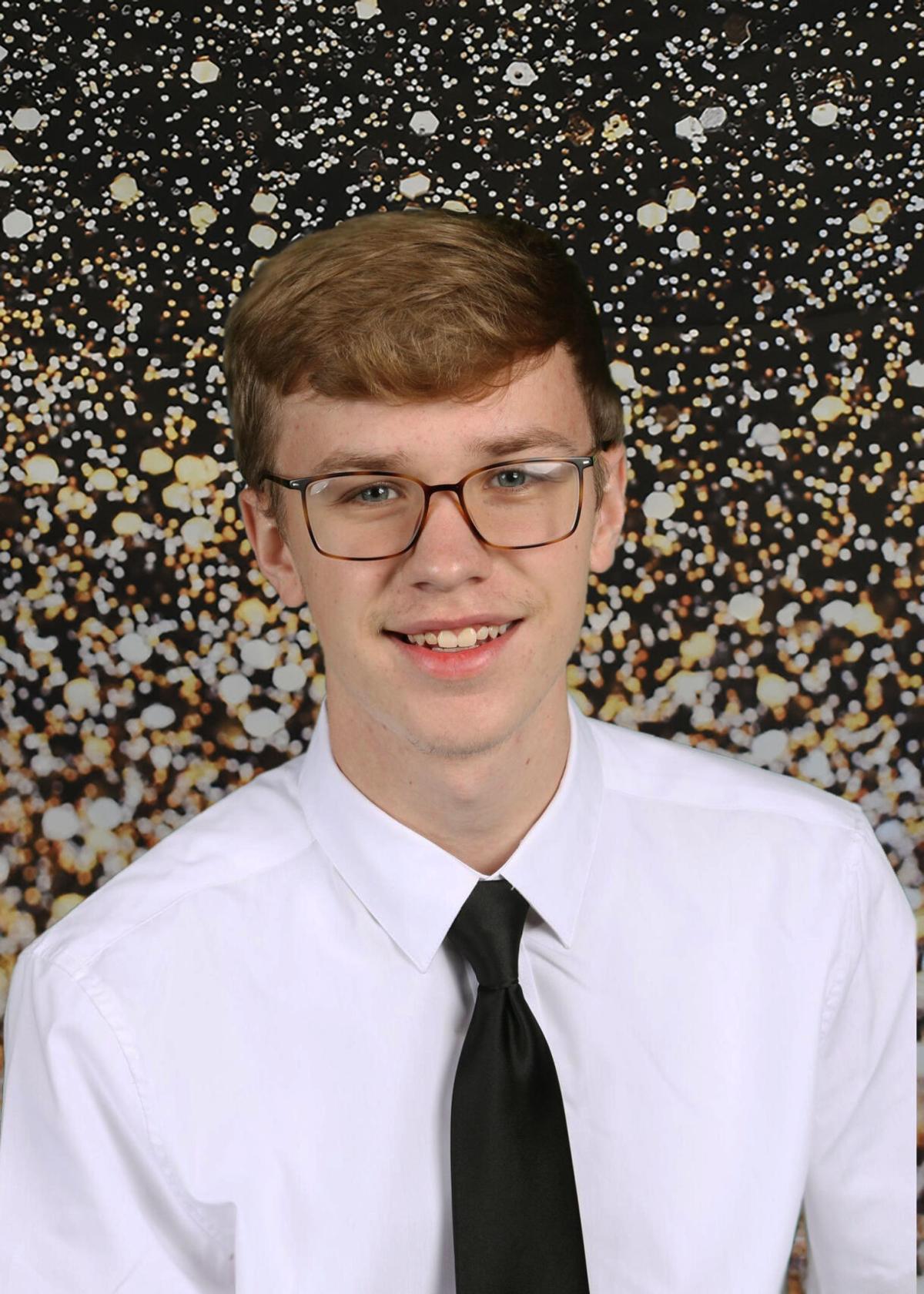 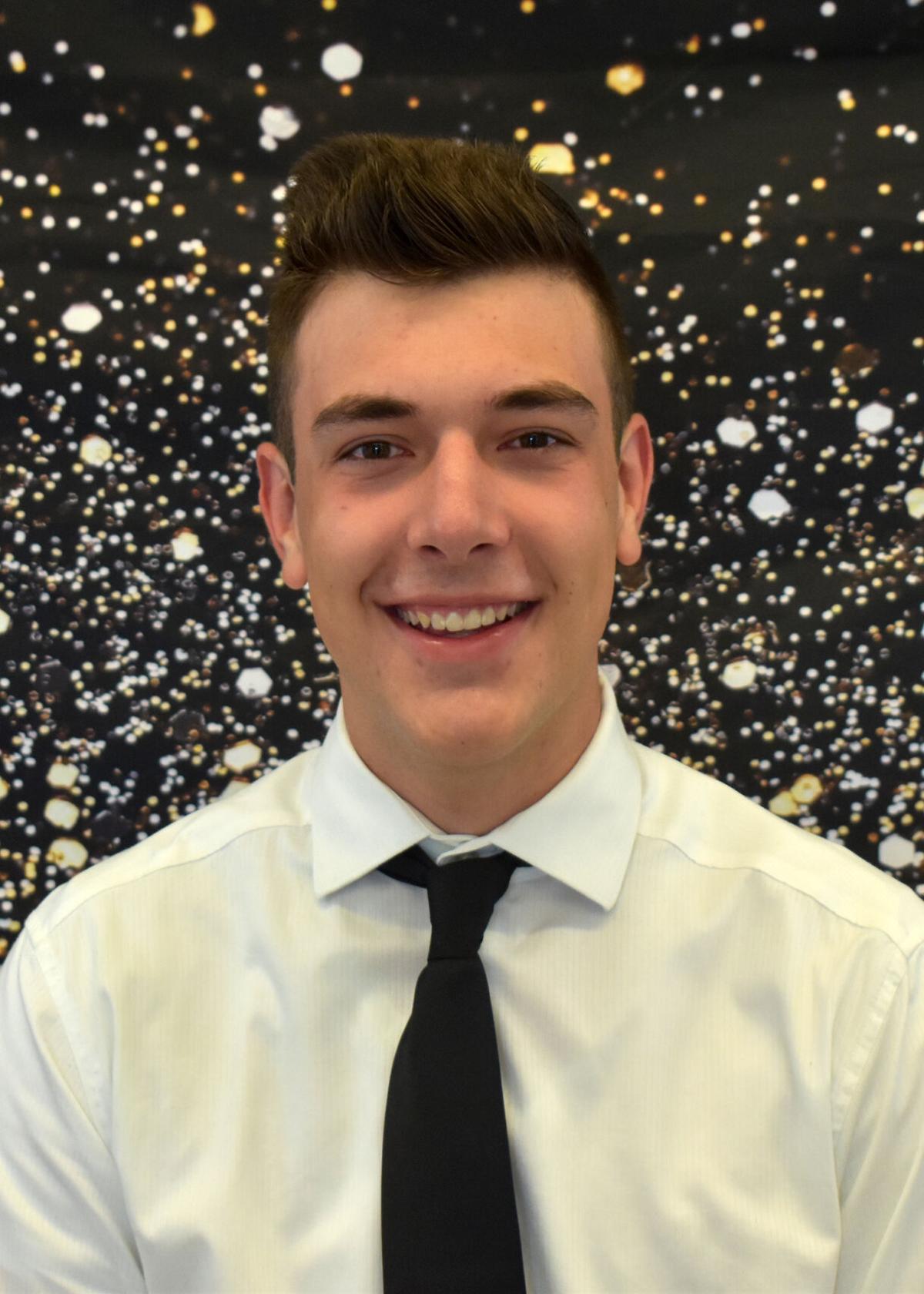 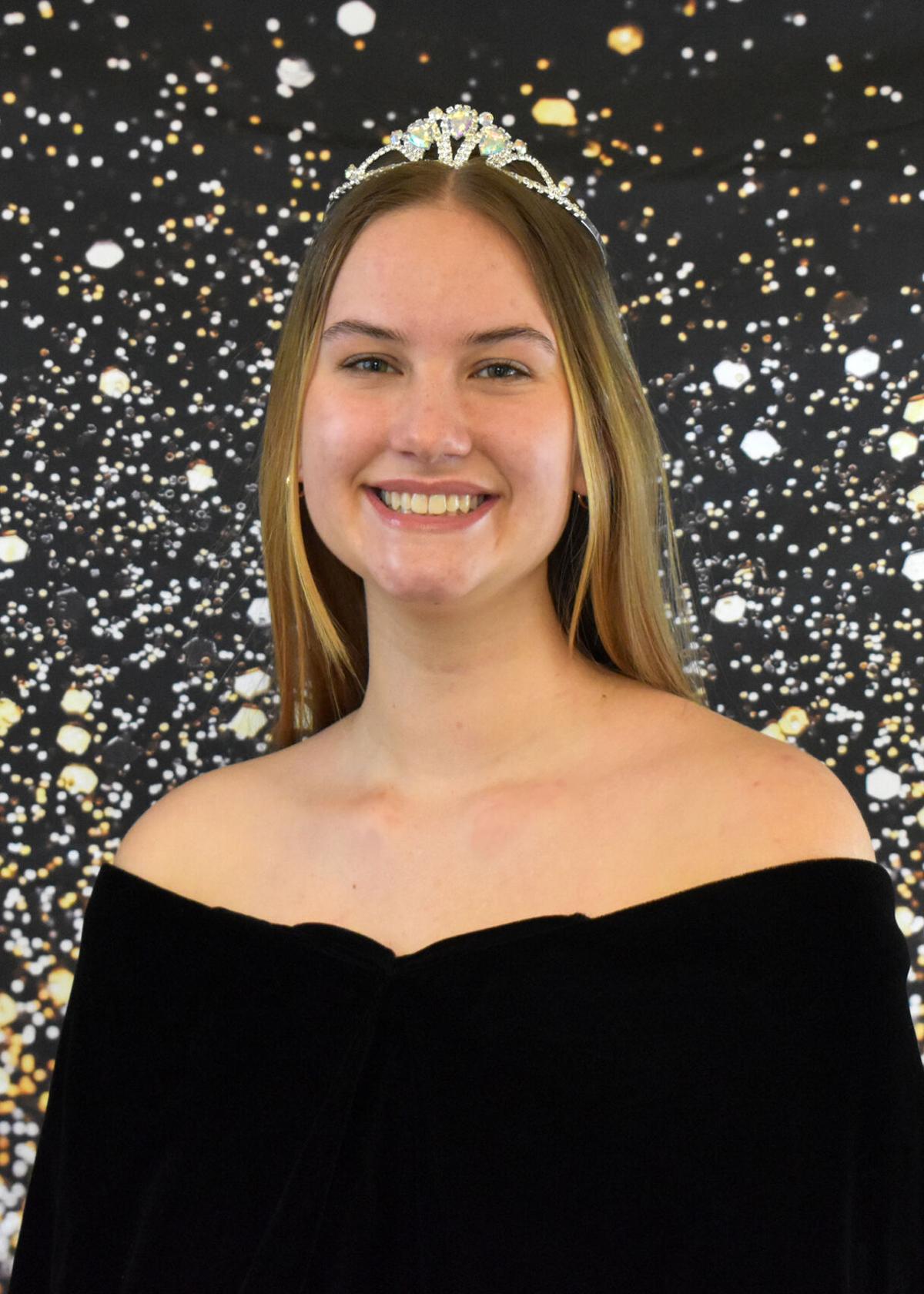 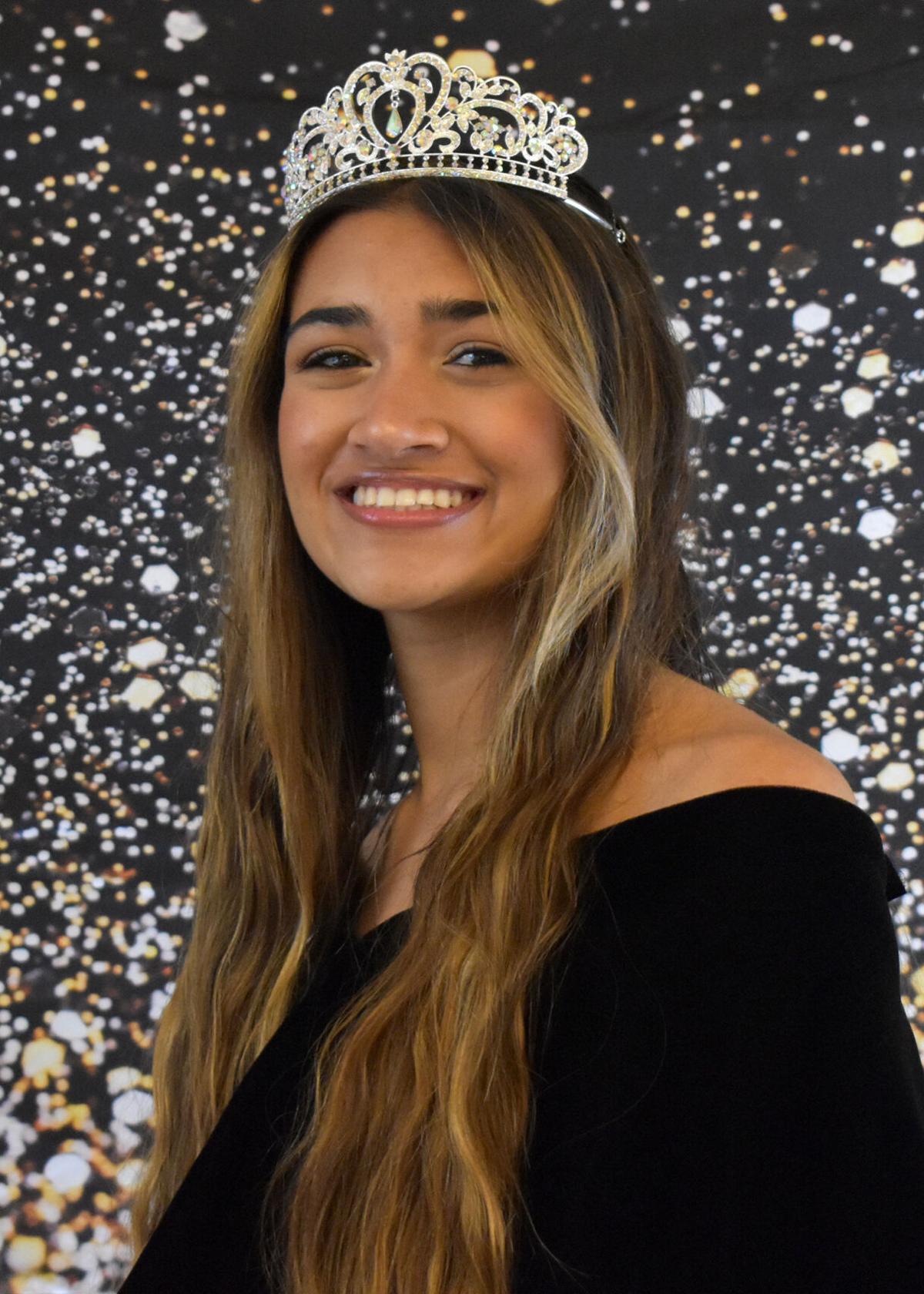 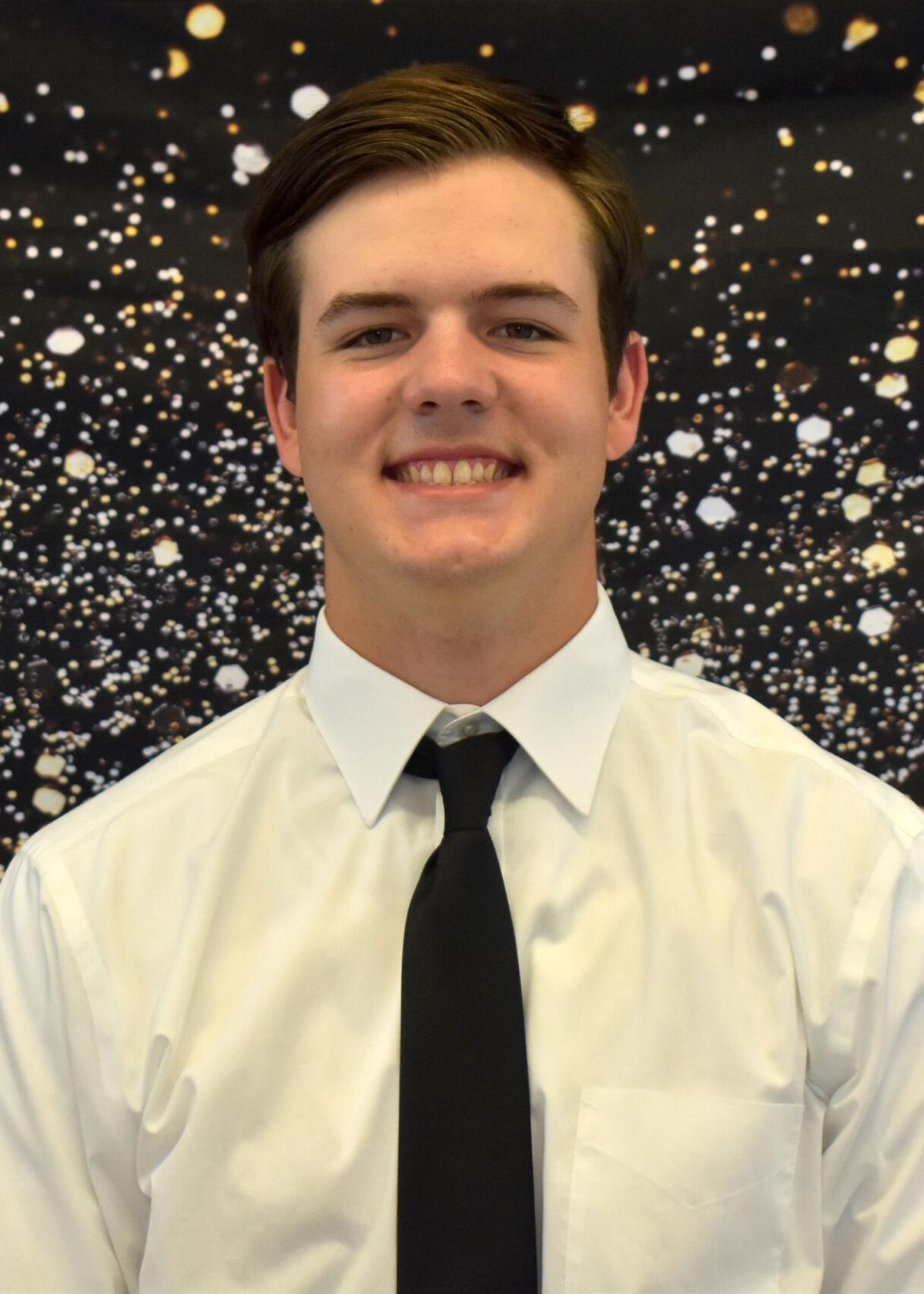 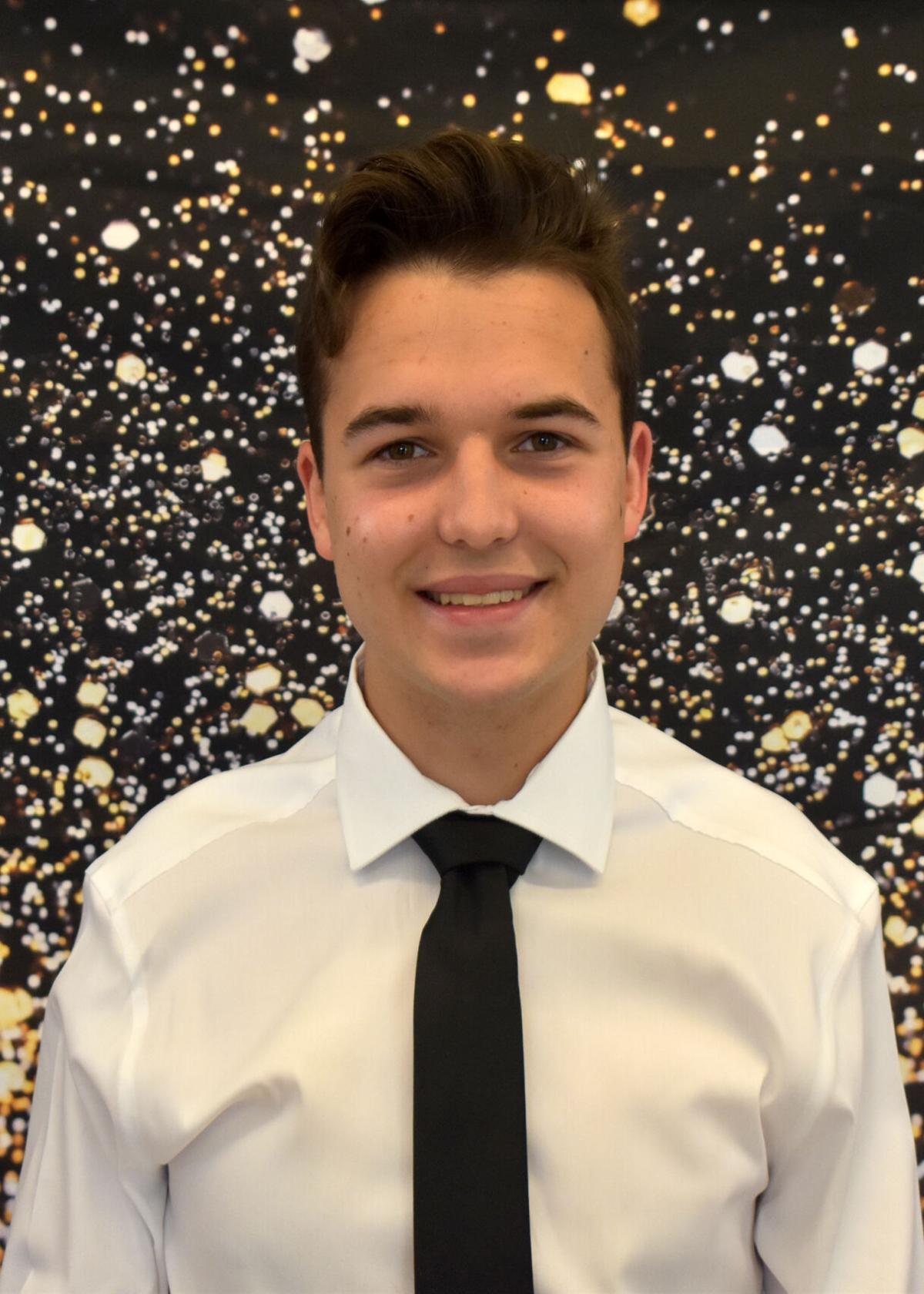 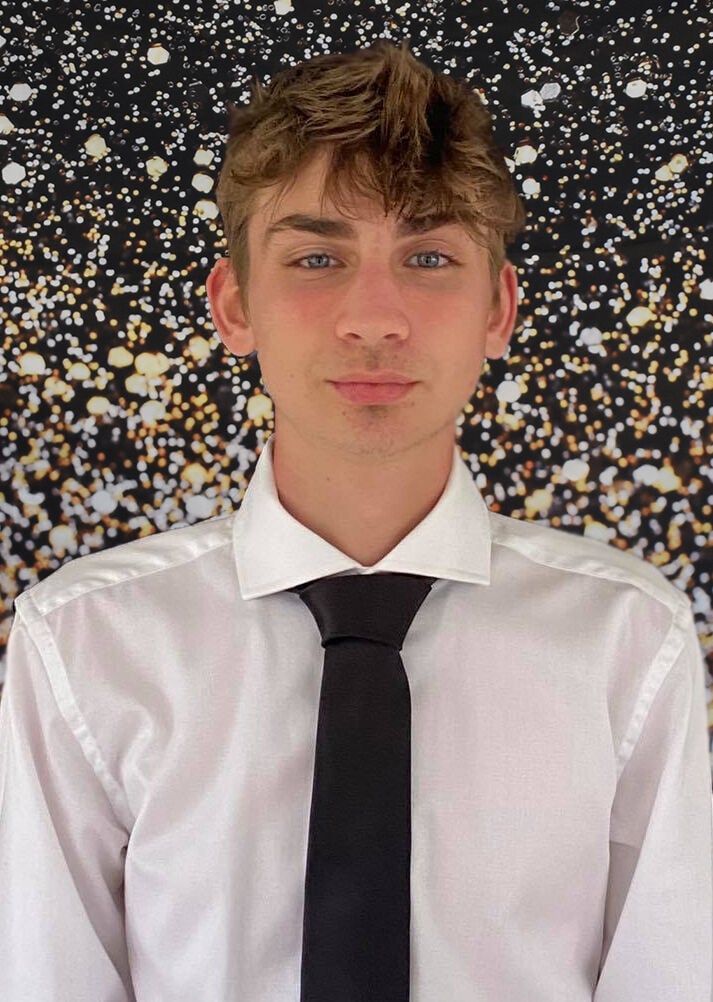 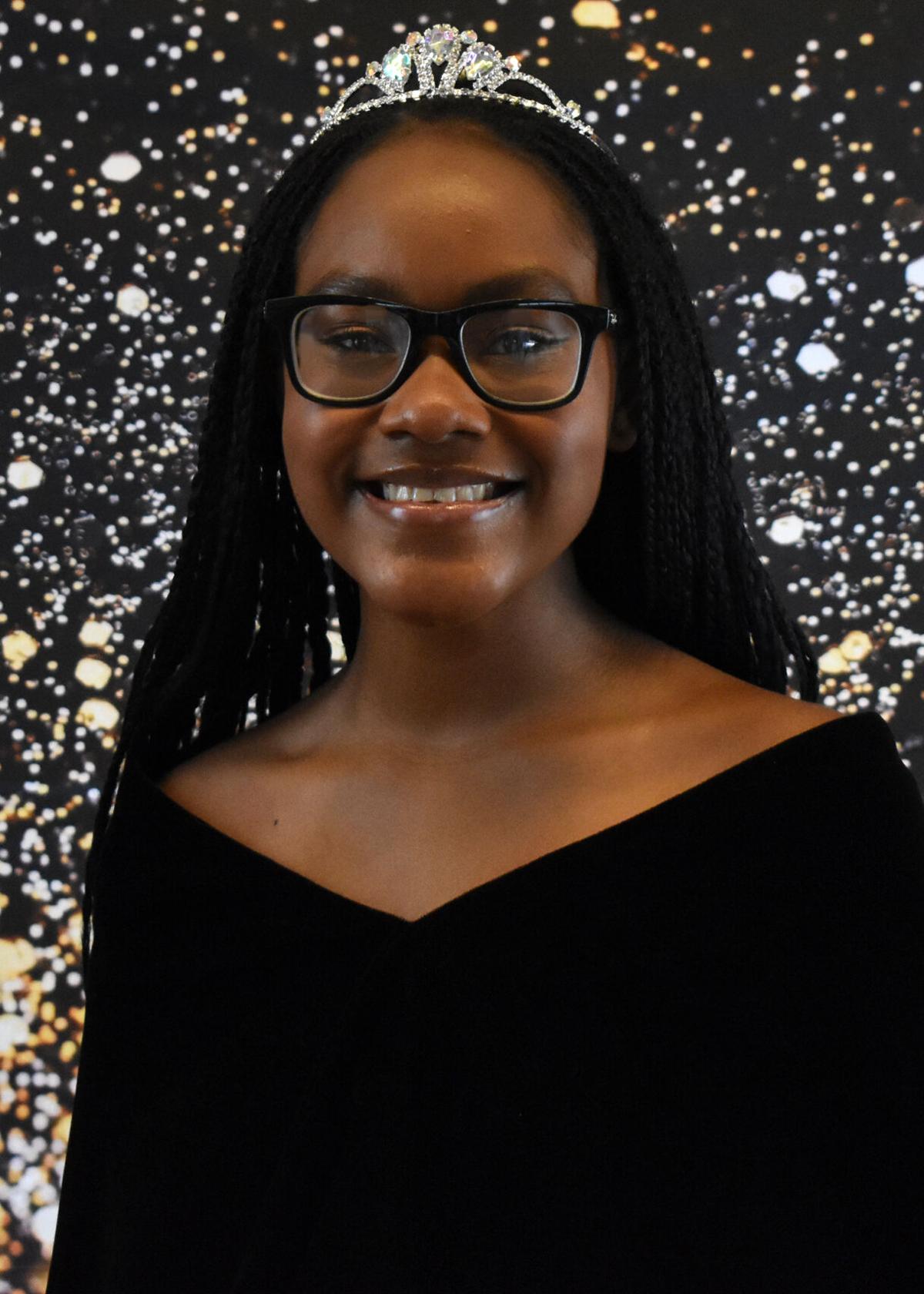 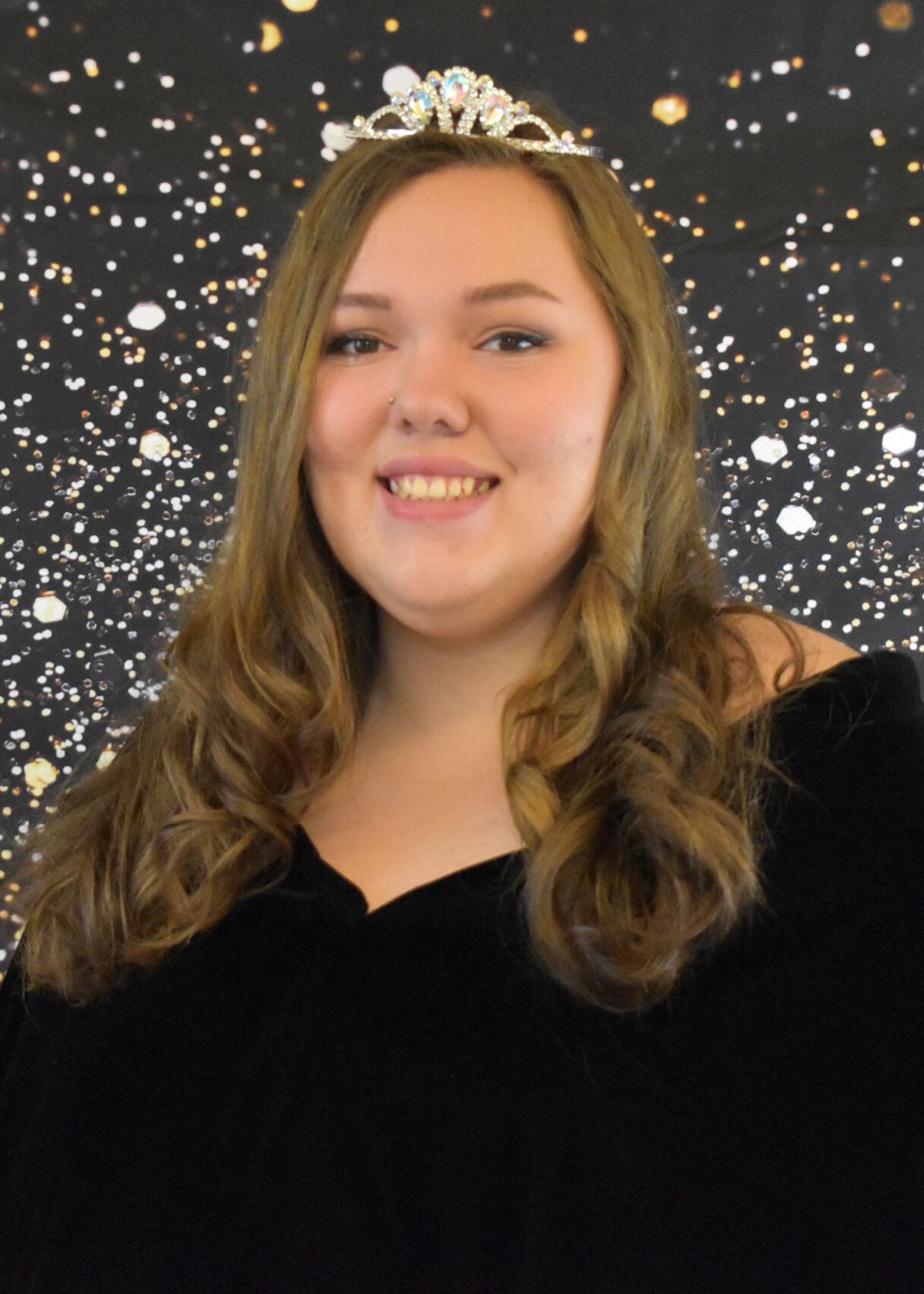 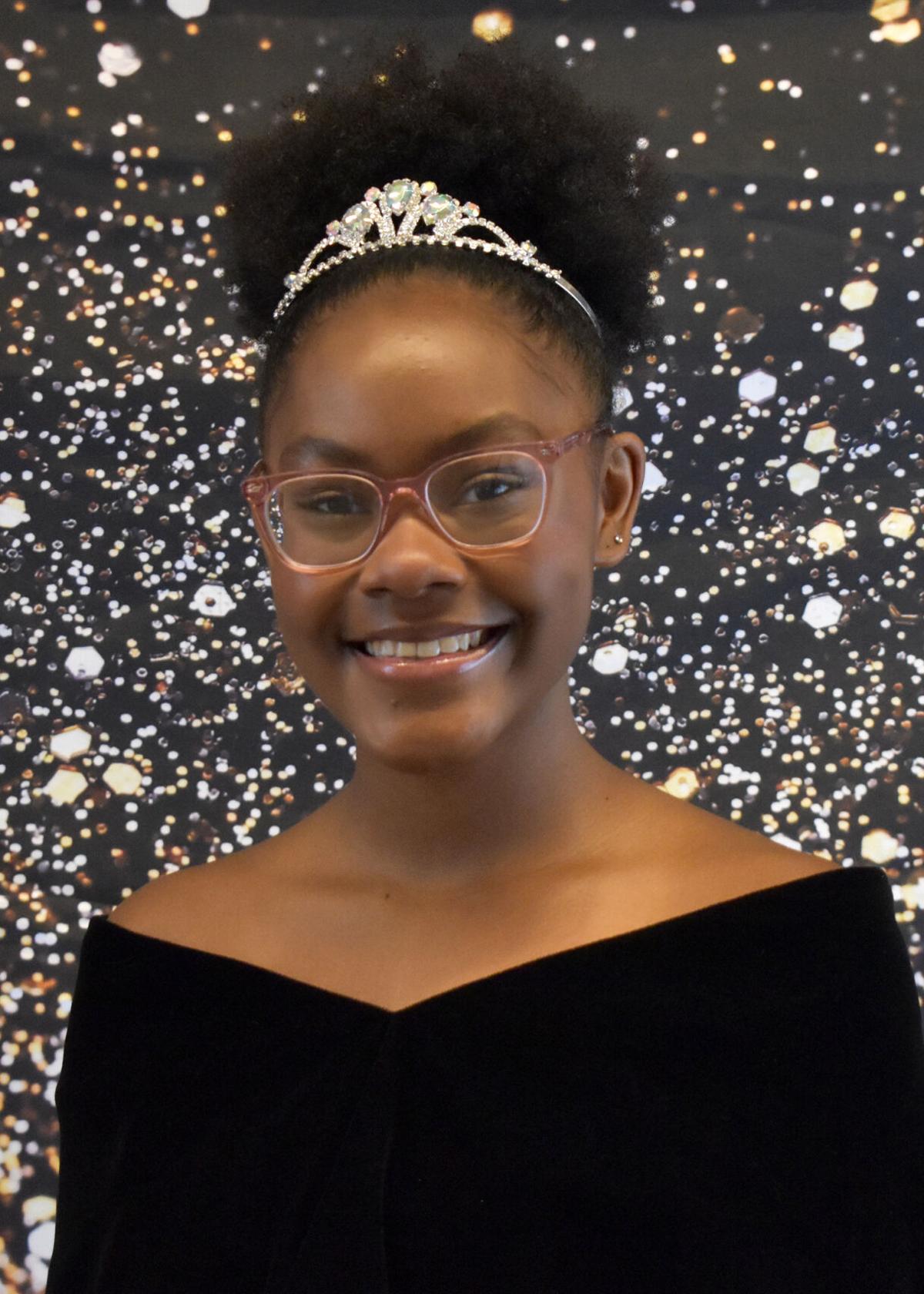 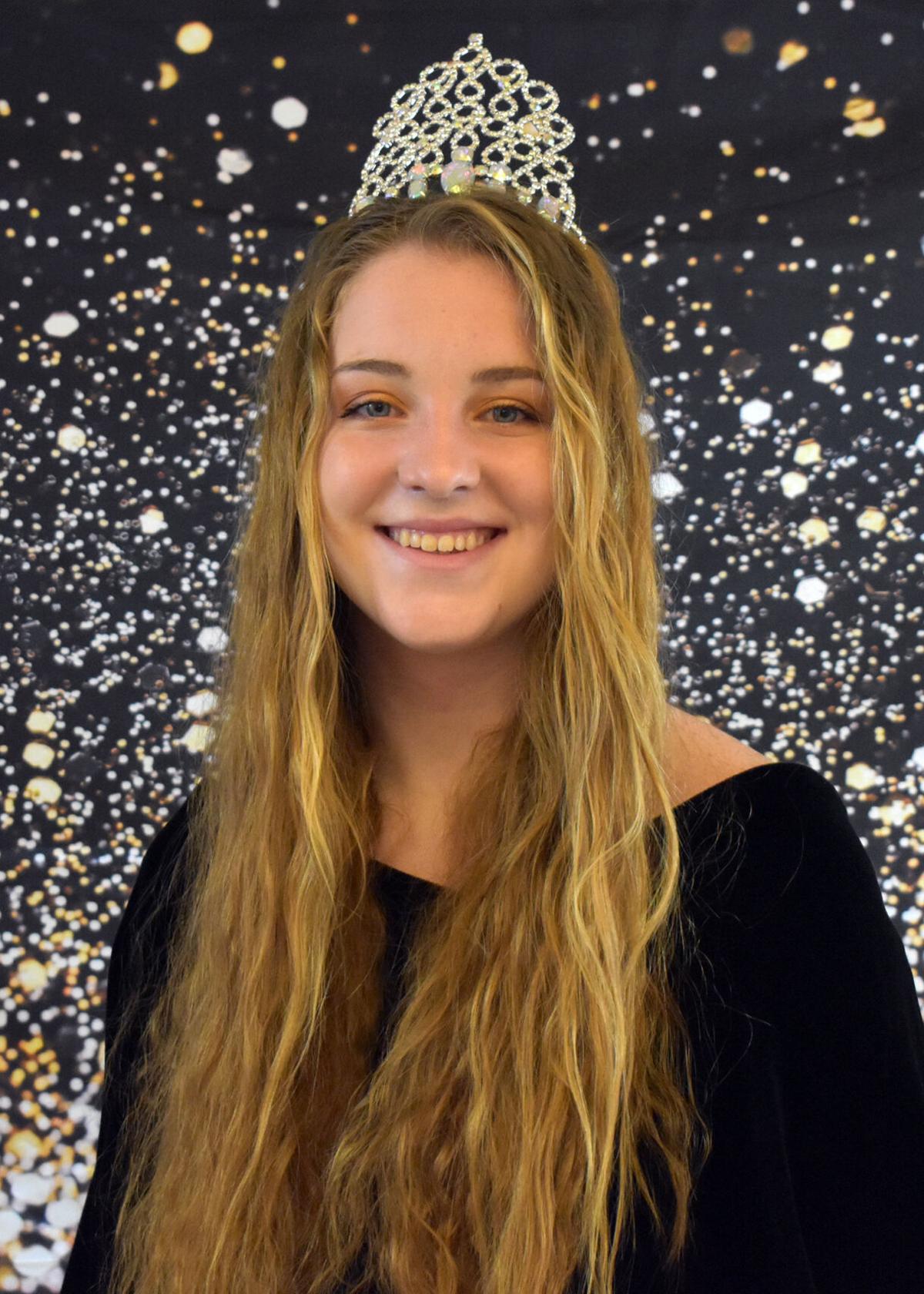 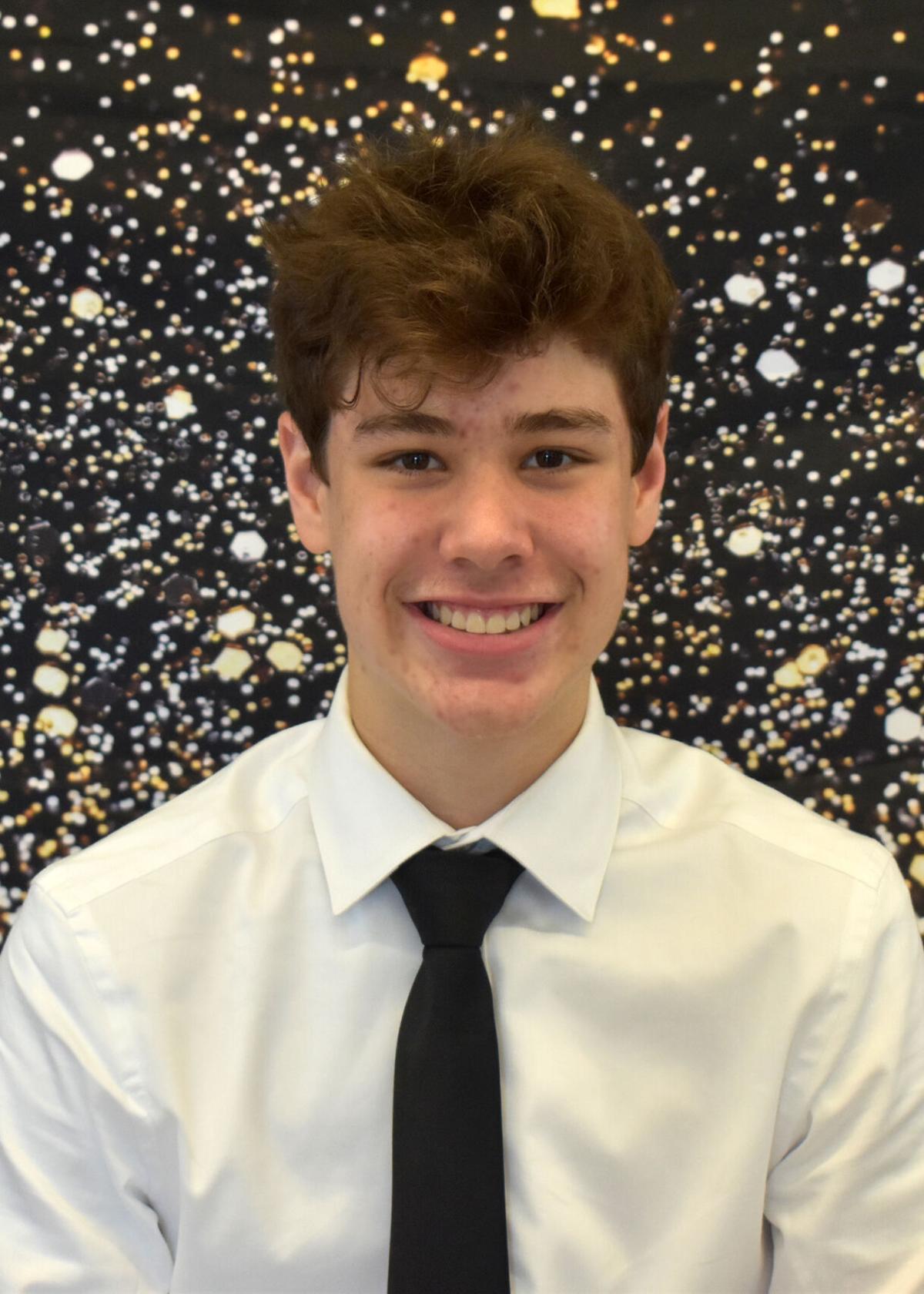 FAIRMONT — The high school prom is a rite of passage and students at Fairmont Senior High celebrated that rite May 8 after a year of prom cancellations across the U.S. due to the COVID-19 pandemic.

However, this year, as the coronavirus appears to be loosening its grip, seniors were able to take to the dance floor one last time as Polar Bears.

The daughter of Ronda and Jason Paugh, Emma is graduating with highest honors. During her time in high school, Emma served as sophomore class treasurer, Junior class president and student body secretary. She is a member of National Honor Society, Mu Alpha Theta, and Bible Club. She’s played varsity lacrosse, varsity basketball, and varsity volleyball. She has played on state championship winning basketball and lacrosse teams and is involved in church outreach.

The son of Kari and William Drennen, Kirt is a member of the swim, soccer, and lacrosse teams and was on the state championship winning teams for both soccer and lacrosse. He is also involved in Key+Interact Club, Bible Club, Boy Scouts and the Chess Club.

Go to timeswv.com, to read the bios and view photos of the rest of the queen’s court, including the Maid of Honor. Congratulations to all.

Sydney King is the Fairmont Senior High 2021 Maid of Honor. The daughter of Brent and Swapna King, Sydney is a highest honors graduate and senior class secretary who is involved in National Honor Society, Mu Alpha Theta, FSHS Tennis, Key+Interact Club, Book Club, 4-H, YoungLife, FSU Academy for the Arts and the Madrigals. Sydney is escorted by Aaron Kovack son of Michael J. Kovack and Lucinda R. Tarley. He is a member of the National Honor Society, Mu Alpha Theta, and the Key and Interact Club. Aaron was named an Elks Student of the Month during the 2020-2021 school year.(tncms-asset)d278730a-b02b-11eb-b941-2b61e4fa9a70[4](/tncms-asset)

The first attendant is Zakiah Bailey, daughter of Lydia and Sean Bailey. Zakiah is a highest honor graduate and is involved in the Madrigals, Science Honorary, Mu Alpha Theta, National Honor Society, Book Club, Key+Interact club and HSTA. She is a student of dance at the 5th Street Center for Dance, a member of Agape Life Ministries, and she lettered in track and field as well as qualified for the state meet. Zakiah is escorted by Alex Pellegrin, son of Leeann and John Pellegrin. Alex is graduating with honors. He is a member of the Madrigals, YoungLife, and volunteers with Special Olympics. He is on the football and track teams and wrestles. (tncms-asset)d52de1c0-b02b-11eb-9e19-63e29e88879e[6](/tncms-asset)

Along with her sister, the next attendant is Zyiah Bailey, daughter of Lydia and Sean Bailey. Zyiah is a highest honor graduate, a member of the Madrigals, National Honor Society, Mu Alpha Theta, Book Club, Key+Interact Club, HSTA and she serves as the Science Honorary vice president. She was the January 2021 Elk’s Student of the Month. She’s a dancer at the 5th Street Center of Dance and a member of the Agape Life Ministries. She has lettered in track for 4 years, and was a 2018 state qualifier in track and 2019 state qualifier for cheer. Zyiah is escorted by Aidan Green, son of James and Jennifer Green. Aidan is graduating with highest honors. He played on the varsity football team and was part of 2 state championship winning teams. He will continue his football career by being the first West Virginian to play for Johns Hopkins University. In addition to athletics, Aidan participates in National Honor Society and Mu Alpha Theta. He is a volunteer for the Challenger Baseball team and a volunteer coach for Strong Kids. He also volunteers at Giver’s Hand food pantry.(tncms-asset)d3d18354-b02b-11eb-8786-6f382ec534de[8](/tncms-asset)

The next court member is Zoe Casto, daughter of Shauna Brewer and Whitney Casto. Zoe is a highest honor graduate. She is editor of the Fairmont Senior yearbook, president of Science Honorary, on the leadership team for Bible Club, and is involved in Key+Interact Club. Zoe is escorted by Andrew Massacci, son of Roger and Tina Massacci. Andrew was named Marion County Technical School Student of the Quarter and he is graduating with honors. In his spare time, Andrew likes to camp, scuba-dive and complete metalworking projects.(tncms-asset)c26cf918-b02b-11eb-af7a-ff705609d982[10](/tncms-asset)

The next member of the court is Brianna Doty, daughter of Shawn Doty and Katie Hawkins. She is a high honor graduate and a member of the yearbook staff. After graduation, Bri plans to attend WVU and work in health care. Escorting Brianna is Kyle Brubaker, son of Brenda and Eric Brubaker, is an honors graduate. Kyle has been a varsity baseball player for four years and was on the 2019 sectional championship winning team. He was the WVSSAC secretary for 2019-2020 and is a four year member of student council as well as Bible Club.(tncms-asset)c92f2e10-b02b-11eb-9d7a-db58ab80790e[12](/tncms-asset)

The next attendant is Kristen Duvert, daughter of Joseph and Dominque Duvert. She is a highest honor graduate. Kristen is in the National Honor Society and the Key and Interact Clubs. Escorting Kristen is Zackery Morgan, son of Jeffery Morgan & Stacey Patterson. Zack is a first-year honor roll student and an honors graduate. He is a member of the Bible Club and participates in church league basketball. He is also a four-year member of the Polar Bears’ Varsity golf team and was a Member of the 2019 AA State Championship Golf Team, a 2019 All State Tournament Team, 2-time State Qualifier, and 3-time All Conference recipient.(tncms-asset)ccc908e8-b02b-11eb-97d2-afb1d59afdb4[14](/tncms-asset)

Next on the court is Sophia Jordan, daughter of Lowell and Jessica Jordan. Sophia is a highest honor graduate who serves as the vice president of the senior class, the president of the National Honor Society, a member of Mu Alpha Theta, and a member of the Key+Interact Club. Sophia is escorted by Jayden Richardson, son of Beth and Jason Richardson. He is a member of track, National Honor Society, and Mu Alpha Theta. He played on the 2018 state championship football team, and the 2018-2019 state runner-up track team. (tncms-asset)c511f808-b02b-11eb-bdf3-bbdf8dac253d[16](/tncms-asset)

The next attendant is Jessica Mason, daughter of Marie and the late Phil Mason. Jessica is an honors graduate, a member of the yearbook staff, National Society of High School Scholars, and Bible Club. After graduation, Jessie plans to work towards her Realtor license. Escorting Jessica is Mason Stark, son of Scott and Cassie Stark. Mason is graduating with high honors, is a member of the Bible Club and the Madrigals. After graduation, Mason will proudly serve in the West Virginia National Guard as an avionic mechanic. While actively serving, Mason will also attend Fairmont State.(tncms-asset)c680c6c4-b02b-11eb-8fea-e3d3010263e7[18](/tncms-asset)

The next attendant is Kate McPherson, the daughter of Ted and Christy McPherson. Kate is graduating with highest honors. She is the president of Mu Alpha Theta, a member of National Honor Society, is involved in Book Club and Key+Interact Club. A four-year letterman in cross country, Kate was on the state champion winning team in 2019 and 2020 and was voted Elks Student of the Month during the 2020-2021 school year. Escorting Kate is William Burns, son of Rebecca Tate and Billy Burns. William is a HOBY alumni who participated in three years of varsity soccer, including a state championship win, and four years of varsity tennis. He is the current FSHS Student Body President and previously served in elected class officer rolls each year of high school. He was the West Virginia Association of Student Council vice president in 2019-20. William is graduating with highest honors and is also a member of 4-H, Bible Club, YoungLife, and Immaculate Conception Catholic Church. He was an Elks Student of the Month during the 2020-2021 school year.