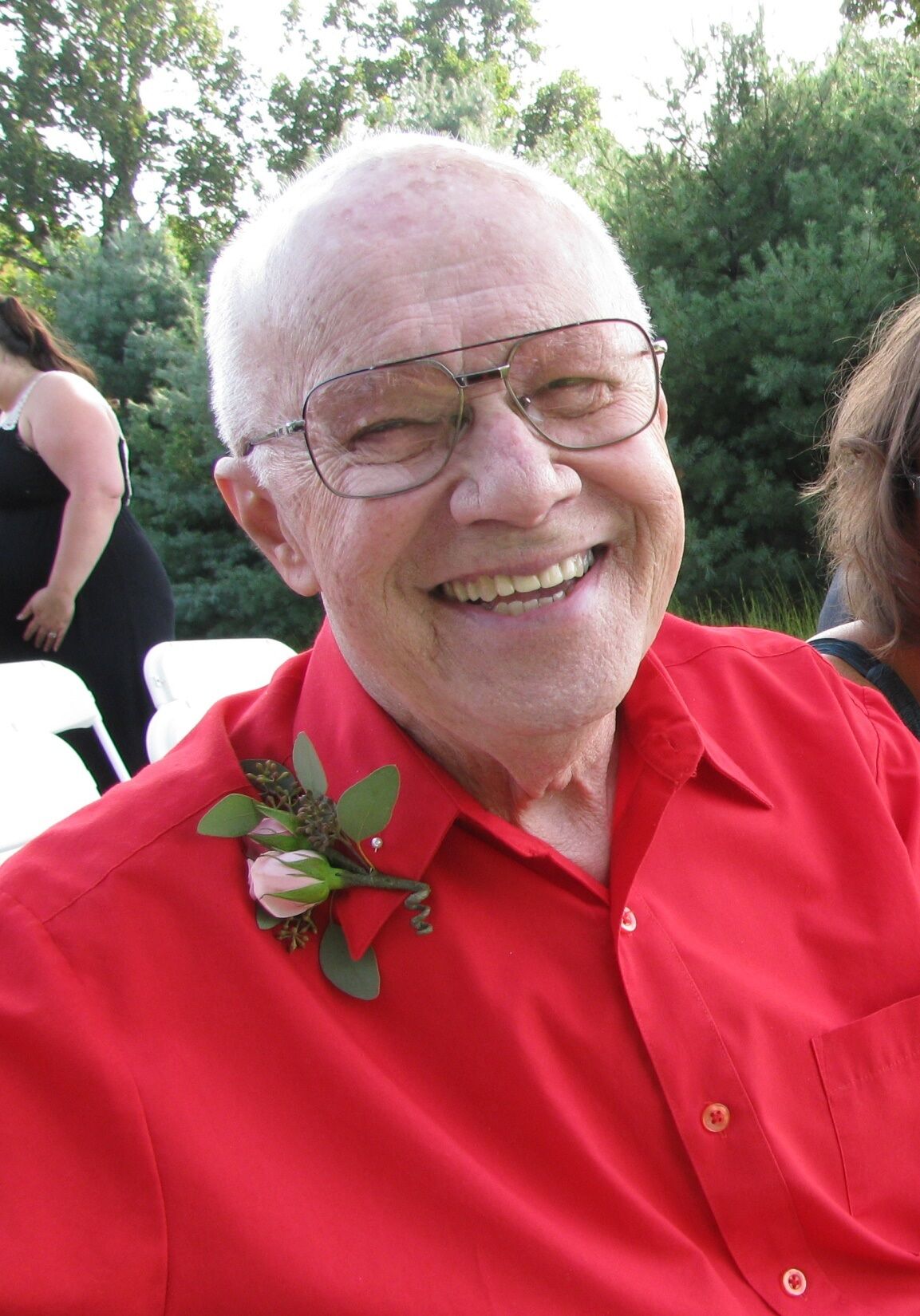 According to his family, this photo is the epitome of Robert Kozul Sr. — loving life and sharing a smile. 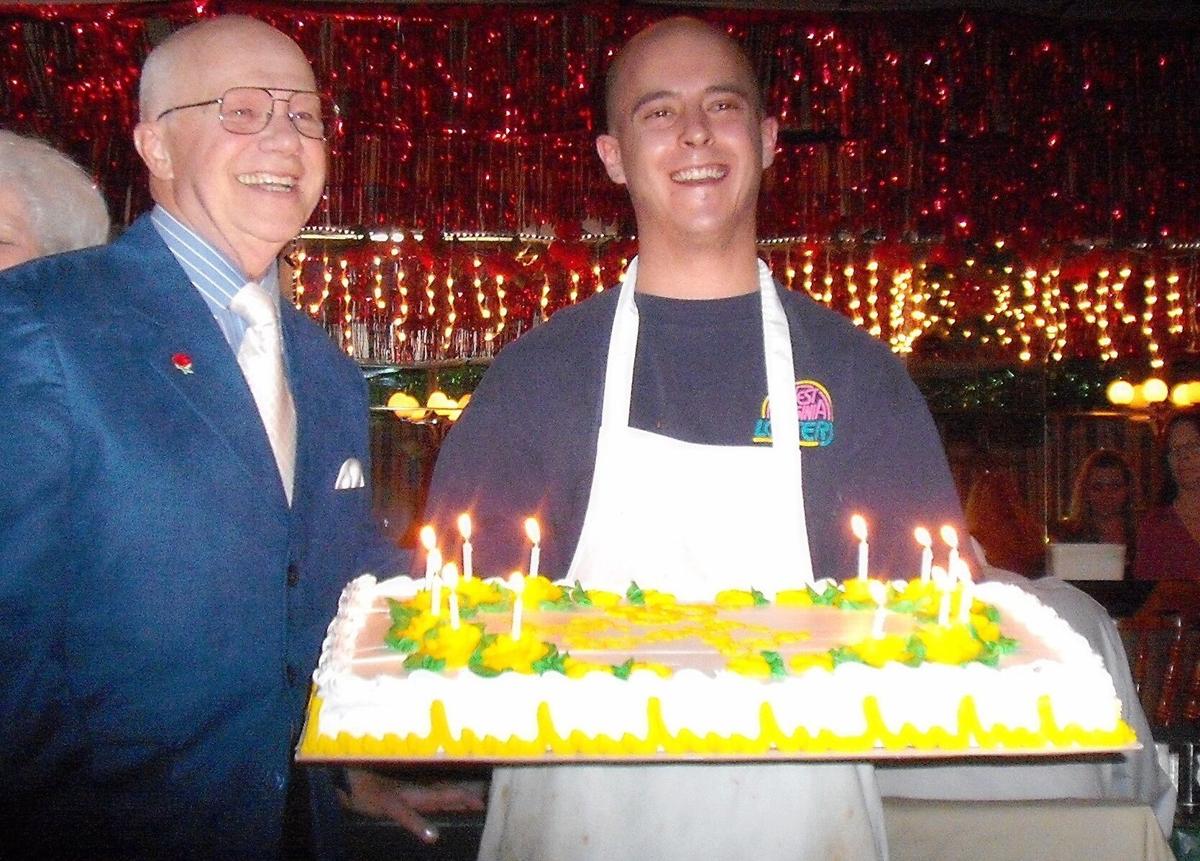 Robert Kozul Sr. shares a smile over the cake at his 80th birthday party celebration at the Fairmont Elks Lodge. 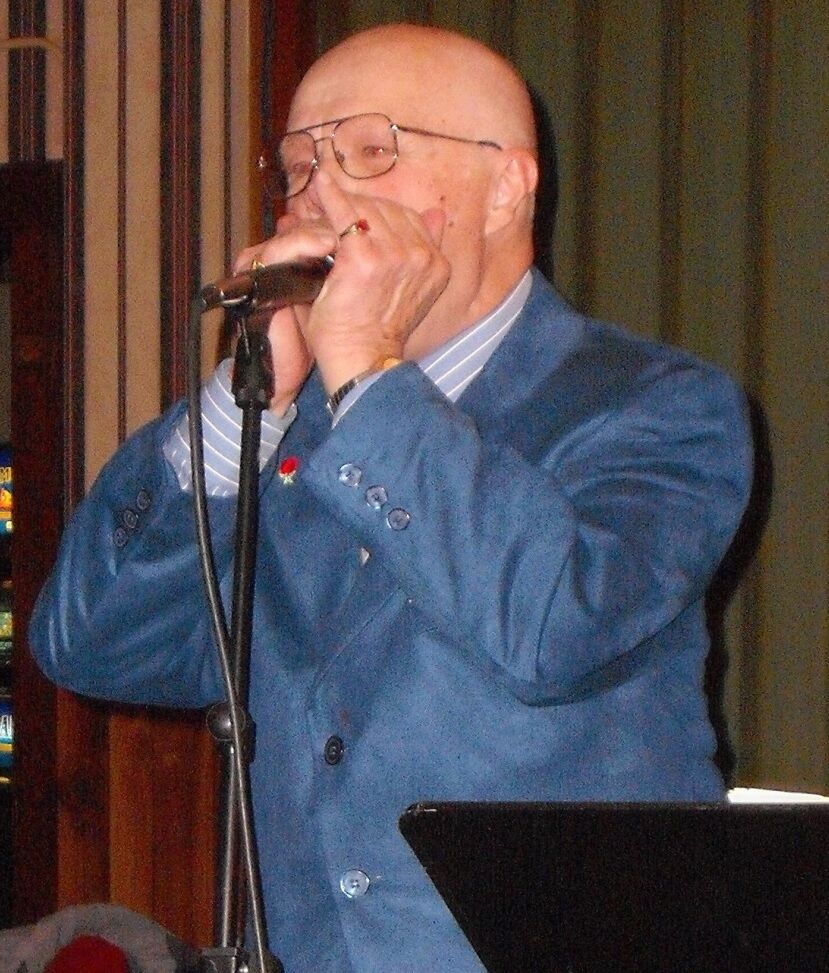 Robert Kozul Jr. joined the WHA-KEE-WE-NN dulcimer group in 2006 where he sang and played harmonica.

According to his family, this photo is the epitome of Robert Kozul Sr. — loving life and sharing a smile.

Robert Kozul Sr. shares a smile over the cake at his 80th birthday party celebration at the Fairmont Elks Lodge.

Robert Kozul Jr. joined the WHA-KEE-WE-NN dulcimer group in 2006 where he sang and played harmonica.

FAIRMONT — To many West Virginians who followed the tragic story of seven veterans murdered at Clarksburg’s Louis A. Johnson Veterans Administration Medical Center, he was just a name of a list of victims killed by nursing assistant Reta Phyllis Mays.

To his family, Robert Kozul Sr. was much, much more.

“Guys don’t say we love our dads, but we all do,” said Robert “Bob” Kozul Jr. “He was a wonderful father. He was a wonderful man. He taught my brother Forrest and me everything a father could teach his children. He is terribly missed.”

“My dad always had time for us. If he wasn’t horsing around with us out in the yard, he was challenging us to foot races across it,” Forrest Kozul said. “He really loved his family. My brother and I learned a lot from my father.”

Robert Kozul Sr., 89, died on January 30, 2018 of severe hypoglycemia, or low blood sugar level, caused by the administration of unnecessary insulin shots by Mays, his caretaker at the time. He was one of seven veterans to perish at her hand.

In a federal court proceeding, Mays admitted this year to killing all seven men and has pled guilty to assaulting an eighth victim with the intent to cause his death. She is awaiting sentencing in U.S District Court.

While the serial murders shocked the region and the nation, the lives behind many of the victims’ names have remained largely unknown except for their obituaries. To brothers Bob and Forrest Kozul, their father’s life story goes beyond a published death notice.

“We were a poor family. My dad built a $12,000 or $14,000 home when I was four years old and for the rest of his life, he continued to improve and build on that home,” said Bob Kozul, 65, who now resides in Chatsworth, Georgia. “During my childhood and into my teen years, I was always his right-hand man. He taught me carpentry, electrical work, masonry, concrete work, roofing and more.”

Bob Kozul said it was only later that he appreciated what his father had taught him.

“When you’re in your teen years, it’s pretty tough. All your buddies are out running the streets and you’re helping your dad build a garage. You dislike it at the time, but right now I thank my father for everything. Today, I can do everything myself and it’s all because of him,” he said.

Forrest Kozul, 61, of Fairmont, has the same type of memories of his father.

“I was one year old when he built our home. He built it himself and lived in for 59 years. We seldom did without, even though back then, money wasn’t as abundant,” Forrest Kozul said. “Growing up, every time my brother and I needed something or wanted to know how to fix something, Dad always had an answer. We were happy children. We didn’t have to go through any real hardships growing up other than growing up itself.”

Becky Kozul, Forrest’s wife, remembers her father-in-law as impeccably mannered and polite to a fault.

“He was always very complimentary. He was always appreciative of anything you did for him. He was the first one who would tell you how nice you looked in your outfit or how nice your hair looked,” Becky Kozul said. “If he came for dinner, he complimented the cooking. He was always thanking you. He was a true gentleman in every definition of the word.”

“We use to get into little good-natured arguments because he insisted that he had to open and close the car door for me,” she said. “Even when he was older and failing in health, when we’d take him somewhere, he’d argue with me jokingly about getting the door. He’d say, ‘You’re the lady, you’re not going to get the door for me.’”

Robert Kozul Sr. had a special love for his wife, Shirley Ann, whom he married on April 24, 1953.

“Coming from the perspective of a daughter-in-law, it was obvious he adored his wife. You could see the love they had for each other. They were always together, they always held hands,” said Becky.

After his wife passed away in 1997, Robert Kozul Sr. made weekly weekend family visits a priority.

“He would come over to our house every Saturday morning and bring the Fairmont Times. We’d have coffee and he’d leave the paper for us. It was a Saturday morning ritual we had for years,” Becky Kozul said. “He’d come over and play with our son, who was young at the time. He taught him how to ride a bike and fly a kite. We’d have coffee and read the paper and share all the news of the week.”

Robert Kozul Sr.’s life, however, was not confined only to his family.

In 2006, Robert joined the WHA-KEE-WE-NN dulcimer group, where he sang and played harmonica. He held several offices within the B.P.O.E. No. 294 Elks of Fairmont, where he could be found on Friday nights. He was also a former member of the Moose Lodge No. 9 of Fairmont.

“We knew not to bother him on Friday nights because he was going over to the Elks for dinner and dancing. He loved to dance and Friday was his night. After my mother-in-law passed away, the Elks became his best friends, the people he spent time with,” said Becky.

Along with his wife, Robert Kozul Sr. worked at Westinghouse in Fairmont for more than 35 years. He retired from there as a Machinist 1st Class in 1989.

Prior to Westinghouse, Kozul served with the U.S. Army’s 11th Airborne Division as a field artillery parachutist stationed at Fort Campbell, Kentucky. Upon returning home from the Army, he accepted a position with the B&O Railroad before taking a position with Westinghouse.

He was a 1947 graduate of Fairmont Senior High, as well as a graduate of the East Fairmont High’s mechanist school, and worked at the Lee Theatre in his younger days.

Robert Kozul Sr. was admitted to the VA Hospital on January 18, 2018 after he fell at home. He was discharged three days later. He was readmitted on January 26 after complaining of vision loss. An MRI confirmed he had suffered a stroke.

Robert Kozul Sr. did not have diabetes. Insulin was not prescribed for him and his glucose tests were within normal range.

When Bob Kozul Jr. received word of his father’s stroke, he rushed back to West Virginia to be by his side.

“When Forrest called and said he’d had a stroke, I got up at 4 o’clock the next morning and drove to the VA hospital and spent the day chatting with Dad, talking about the past,” Bob Kozul Jr. said.

While in the hospital, his family said his health had not declined precipitously. Forrest Kozul has a recording of his father singing a song while lying in bed at the VA hospital.

That evening, after visitation hours had ended and his family exited the hospital, Robert Kozul was put in the care of Reta Phyllis Mays.

In the wee hours of that night, Kozul was found cold and lethargic. He was transferred to the hospital’s critical care unit, where a plasma draw found his glucose level at 27. A staff physician ordered him dextrose, which was not successful in stabilizing or maintaining his glucose.

“We were kind of in the dark. We couldn’t understand why he had declined so rapidly,” Bob Jr. said.

“Rita Mays spent the night with him and the next day he was pretty much non-responsive. With the little time that I had to spend with my dad, she cut it short. That’s what really upsets me about the whole deal. She cut the time short,” Bob Kozul Jr. said.

Reta Mays has since admitted to administering the lethal insulin. She said she did the same to several other veterans at the hospital.

Becky Kozul said her family — and no doubt countless individuals everywhere — are asking the same question these days while Reta Mays sits in a jail cell awaiting her fate.