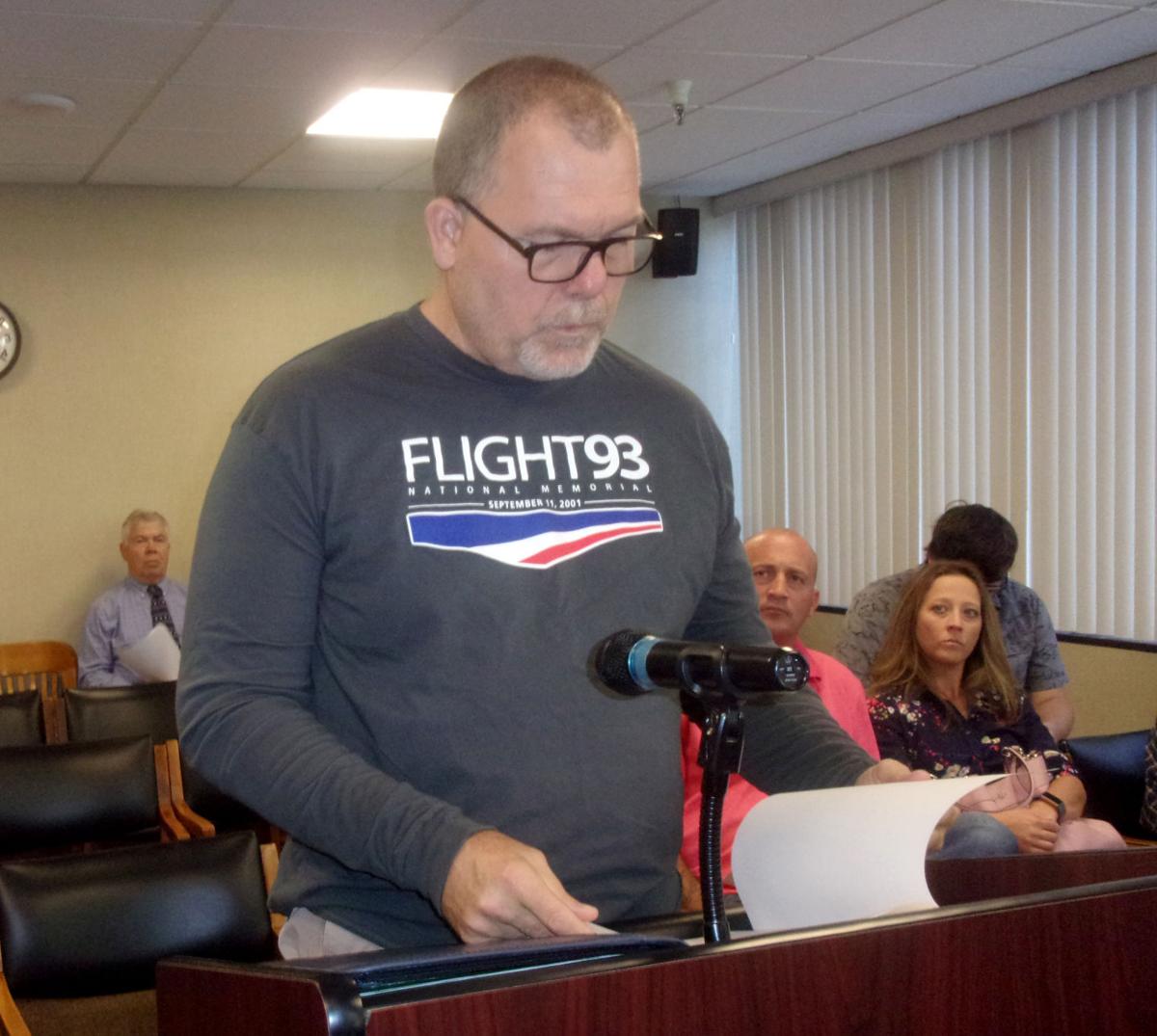 In this file photo, Fairview Mayor Brian Shuck talks to the Marion County Commission in Sept. 2019 about the town’s water situation. 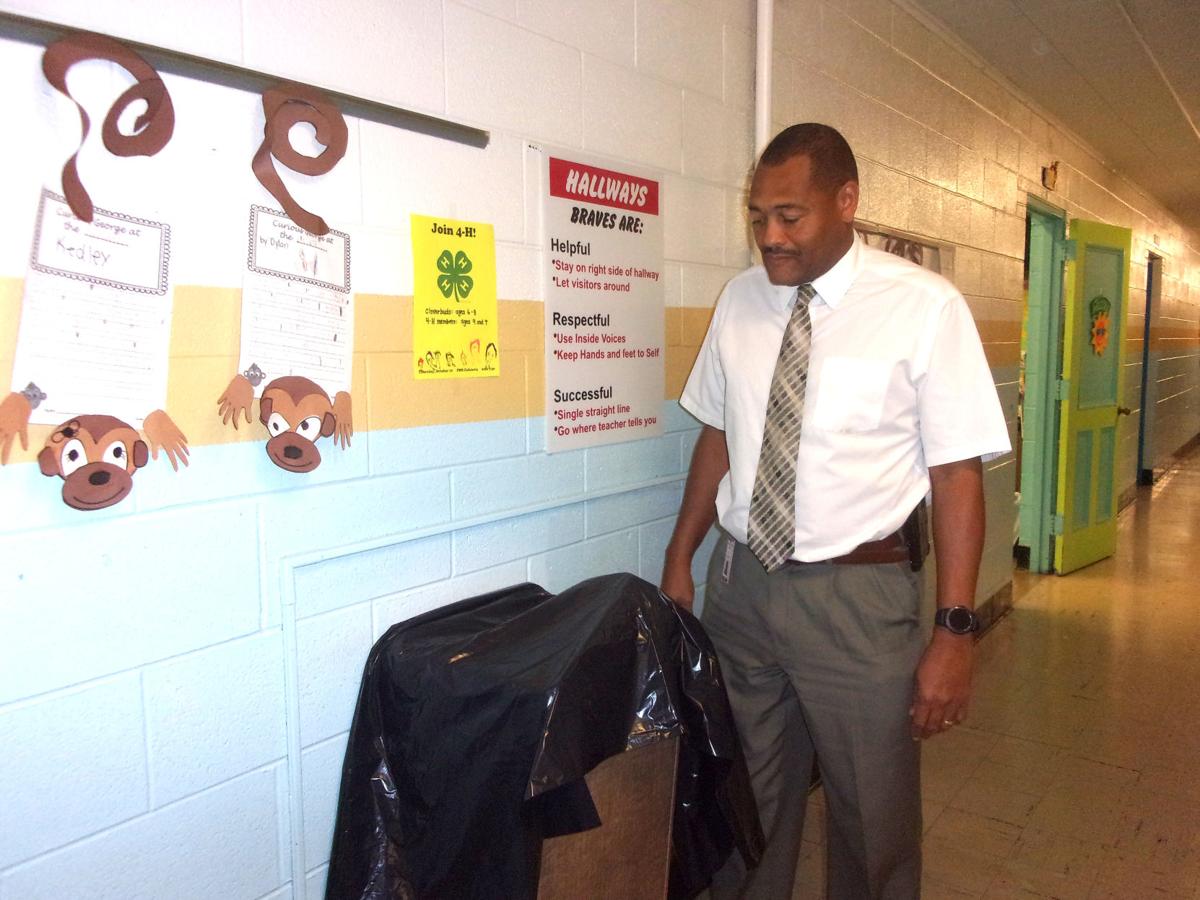 In this file photo, Fairview Mayor Brian Shuck talks to the Marion County Commission in Sept. 2019 about the town’s water situation.

At the moment, Fairview operates its own water system, despite aging infrastructure, concerns about the effects of nearby hydraulic fracturing, and an E. coli bacteria contamination scare from a private well that concerned citizens last year.

“Our water plant needed upgraded and the decision was made to purchase our water instead of redoing our existing plant. It would have cost more to upgrade the Fairview plant to where it needs to be rather than buying our water from Monumental,” said Shuck.

Shuck said the decision to purchase water from the nearby Monumental PSD makes economic sense.

“It’s a more cost-effective route and that’s really the way things are going right now in our state, where smaller towns are purchasing water from the bigger towns. It’s a more secure way to get water,” Shuck said. “Right now, we get our water through groundwater in wells. With fracking and stuff like that, it’s not as good a way of getting water in this day and age.”

Shuck said Monumental PSD is currently upgrading its own water system. Once Monumental PSD’s new system is complete, a pump station will be built outside of Fairview that will transfer water into his town.

“Monumental PSD buys their water from the City of Fairmont. Basically, it will be Fairmont water coming through Monumental and then on to Fairview,” Shuck said.

Until then, Fairview residents will continue to rely on well water from within the town borders.

The Region VI Planning and Development Council is assisting Fairview with the planning and logistics necessary to secure and implement the water system.

“All of the Fairview project’s funding will come from U.S. Department of Agriculture Utility Services,” said Sheena Hunt, executive director of Region VI. “Five-hundred-thousand dollars of that money will be in the form of a grant that will not have to be paid back.”

The remainder of the funding will be paid off via Fairview customers’ water service fees.

A grant in the amount of $650,000 from the West Virginia Infrastructure Jobs and Development Council will also be applied toward the project. It will upgrade Monumental PSD’s water lines to allow water transportation into Fairview, according to Hunt.

Hunt said engineers are now working on the design of the system.

“We still have lots of stuff to go through. We still have to acquire rights of way, we have to apply with the Public Service Commission, and at some point, the project will go out to bid,” said Hunt. “We’re still probably looking at a couple years out, at a minimum, before we can actually begin construction on the project.”

Once construction begins, Hunt estimates it will take about nine months to a year to complete.

“Anytime you do a water project, it’s not a quick process. It typically takes anywhere from two to three years to complete,” said Hunt.

David Sago, utility manager for the City of Fairmont, said the sale and resale of water is a common approach employed today.

“It’s normal that a water purveyor or regional facility like we are has resale customers. We produce the water every day and we sell it not only to our customers in the City of Fairmont district, but also to outlying areas,” Sago said. “In this instance, Fairview is having water issues, so Fairmont will sell water to the Monumental Public Service District and then Monumental will sell their water to Fairview proper.”

Fairmont’s water system today supports approximately 15,000 city customers, but with the city’s 11 additional resale customers, the number of total customers swells to about 50,000 across three counties, according to Sago.

“Really, the water that comes out of our treatment facility up in Morris Park goes all the way into Mon, Harrison, and Taylor counties through our resale customers,” Sago said.

In May 2019, businesses, schools and homes were forced to use bottled water for weeks while officials from the town and the Marion County Health Department worked to identify the source of the E. coli contamination and then to contain it.