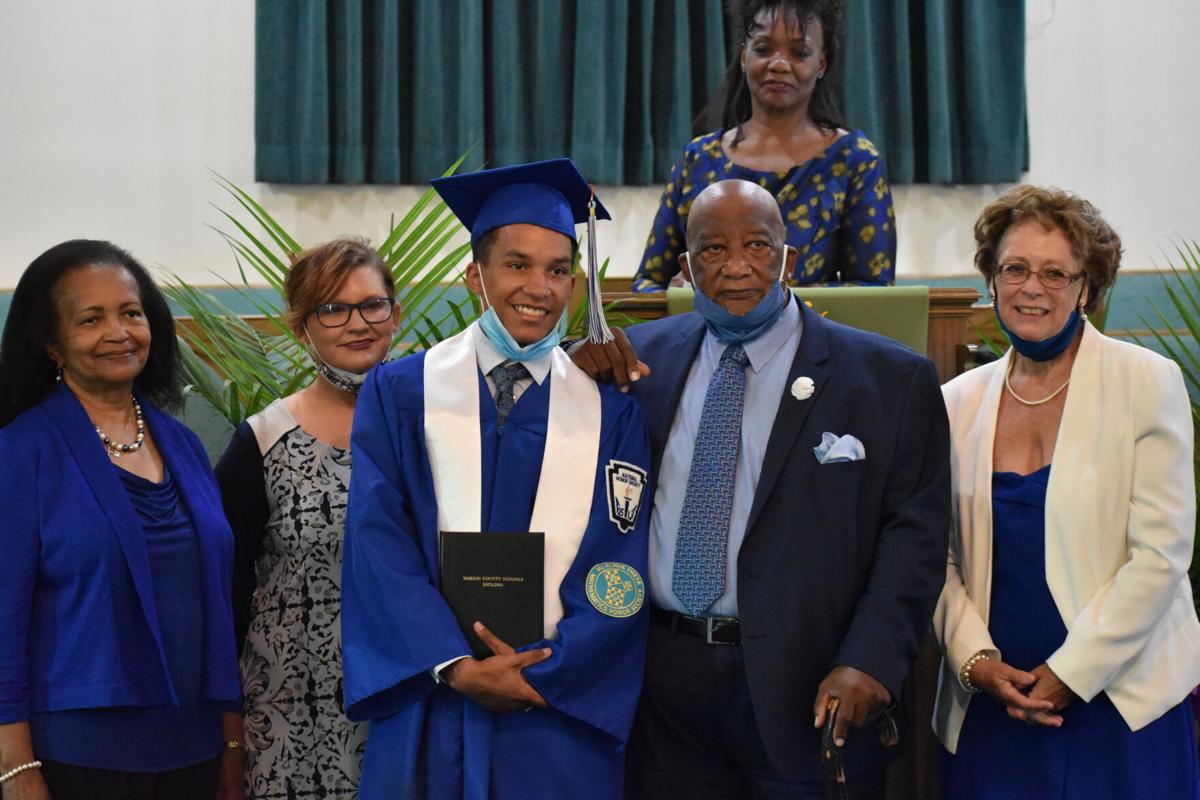 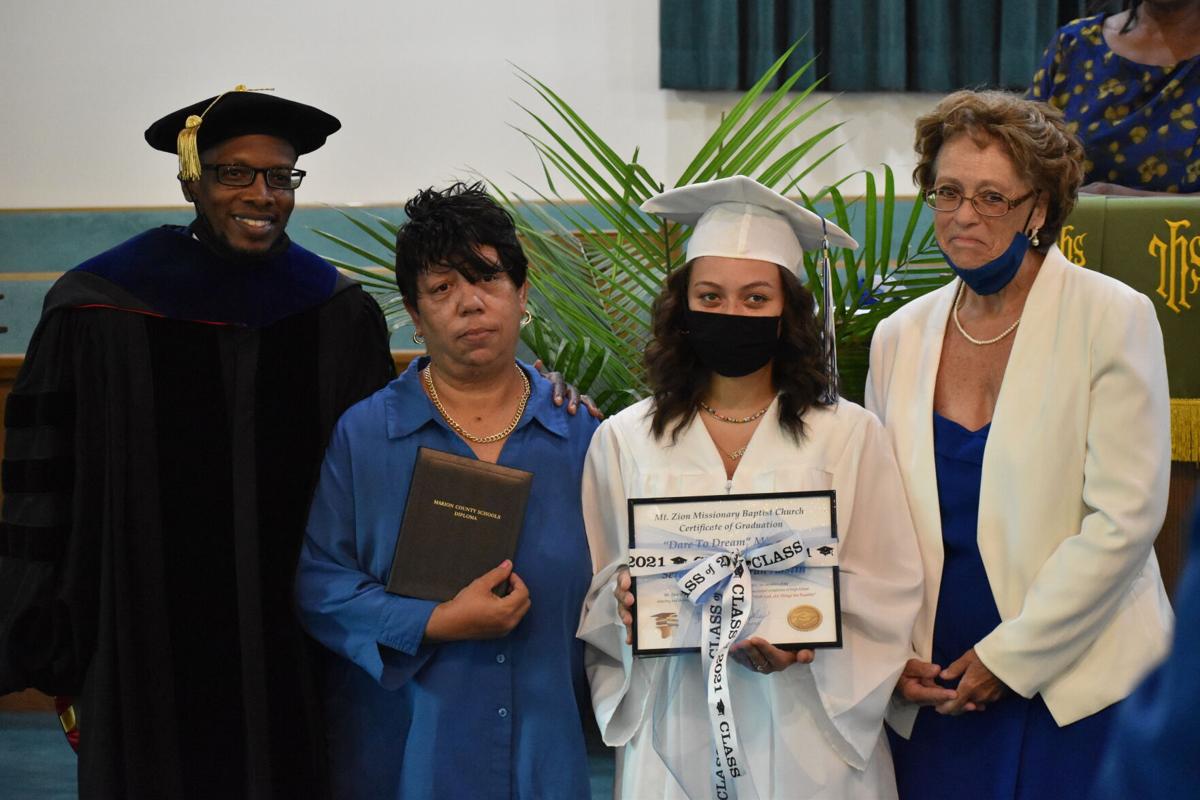 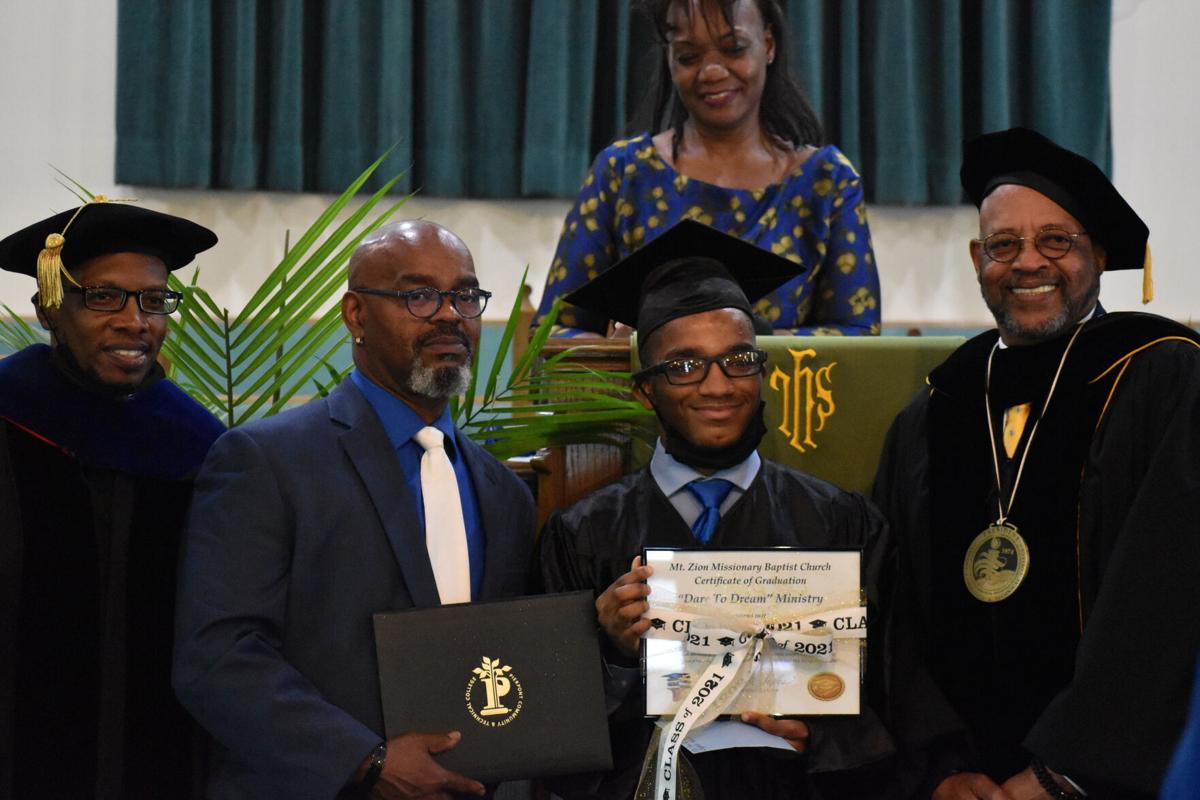 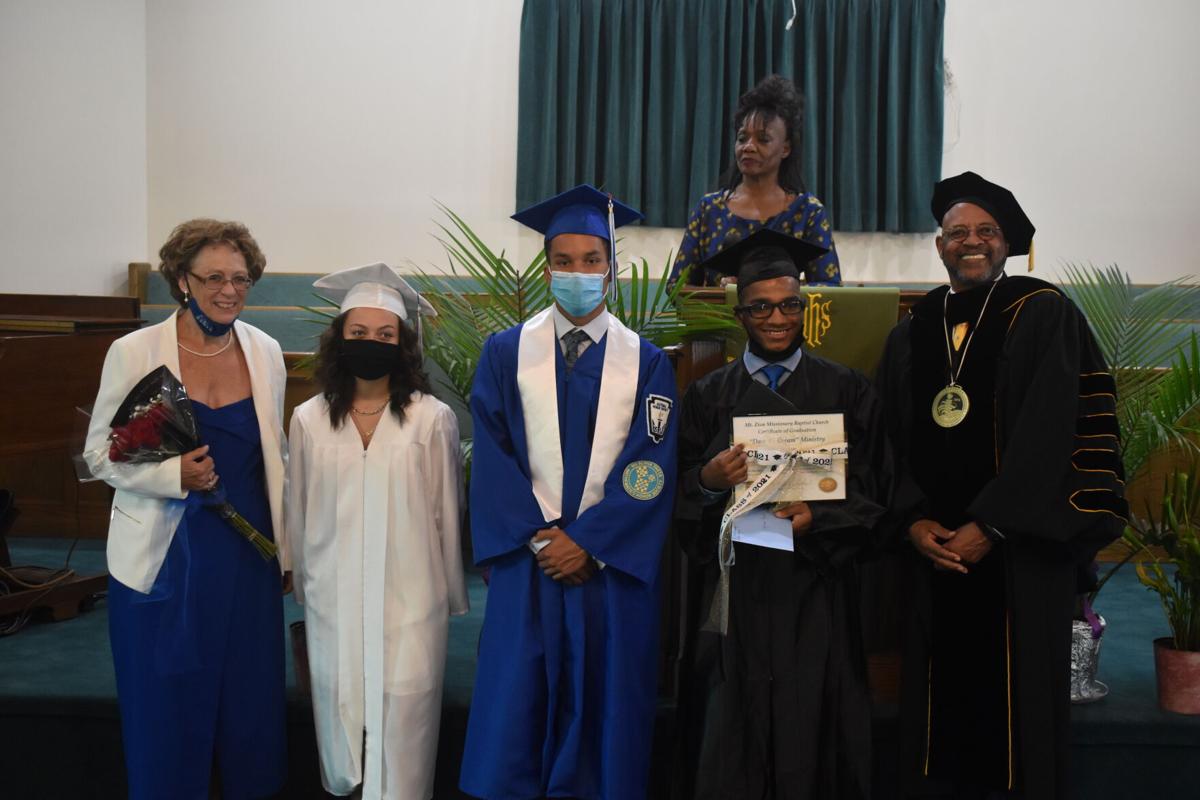 FAIRMONT — The Fairmont Senior High Class of 2021 had to sit in the cold rain for their commencement, which didn’t sit well with one local pastor.

Mount Zion Missionary Baptist Church in Fairmont honored its members who were among the Class of 2021 with their own special event called “Dare to Dream.”

“I attended the graduation for [Fairmont Senior] and it was three hours out in the cold and rain,” Mt. Zion Pastor Mark Staples said. “Some of the grandparents didn’t get to attend so we wanted to do it different this year.”

Normally, Staples and the church honors students in all grade levels in what they call Pastors Honor Disciples and congratulate them on their academic achievements. This year, however, Staples and his wife worked together to give the seniors who made it through COVID-19 the graduation they deserve.

After his sermon, entitled “I Dare You To,” Staples dressed in his own academic garb and was joined by FSHS Principal Karen Finamore and Pierpont Community & Technical College President Anthony Hancock to award graduates their degrees one more time.

“I was so impressed by this,” Finamore said after the ceremony. “It is really nice that the church supports their parishioners and their students like this and I wish more [churches] did.”

There were four graduates honored Sunday, three from FSHS and one from Pierpont. Each graduate took turns walking down the aisle, escorted by a family member or two. When they came to the front of the sanctuary, they were met by their principal or president and awarded their diploma for a second time.

“I’ve been doing this for 25 years, and I’ve seen a lot in terms of engaging with family, friends and supporting in education,” Hancock said. “But this is my first time attending a local church as an institutional leader where they put on a graduation.”

First to walk was FSHS graduate Serenity Austin, escorted by her grandmother, second was Jayden Richardson, also from FSHS, escorted by his grandparents and mother, third was another FSHS grad, Kiara Cosby, who could not attend the service, but her grandmother walked in her place. Last was Dezmond Meeks, who graduated from Pierpont with an associate degree in information technology. He was escorted by his father.

After each grad was given their diploma, Staples gave them a certificate from the church congratulating them, then their grandmothers were given a bouquet of flowers.

“It’s really empowering to see this. It really lifts me up, it lifts my spirits up,” Richardson said. “It shows that there’s people there to support me, even if I might not know it myself.”

Meeks, who grew up going to Mt. Zion, was happy to have his family and community surround him in support.

“It was amazing,” Meeks said. “It had me a little emotional. It’s a blessing to have all these people do this for me. They didn’t have to but they did out of the kindness of their hearts.”

After the graduates were honored, the church honored Finamore, who recently announced her retirement as principal. The church’s congregation includes many Fairmont Senior alumni who then joined Finamore at the front and presented her with a bouquet of roses.

“I really wasn’t expecting that at all,” Finamore said. When they presented her the roses, she was holding back tears.

The congregation drew everyone there into their flock to help celebrate the grads and their achievements. Ja-Rhonda Staples, the pastor’s wife and one of the major organizers of the event, characterized the service as a success.

“Anything we strive to do in this life we can’t do it on our own. It wasn’t meant for us to do it on our own,” Ja-Rhonda Staples. “We believe this whole sense of community is what’s going to help our young people continue to thrive, keep them encouraged and keep them empowered.”