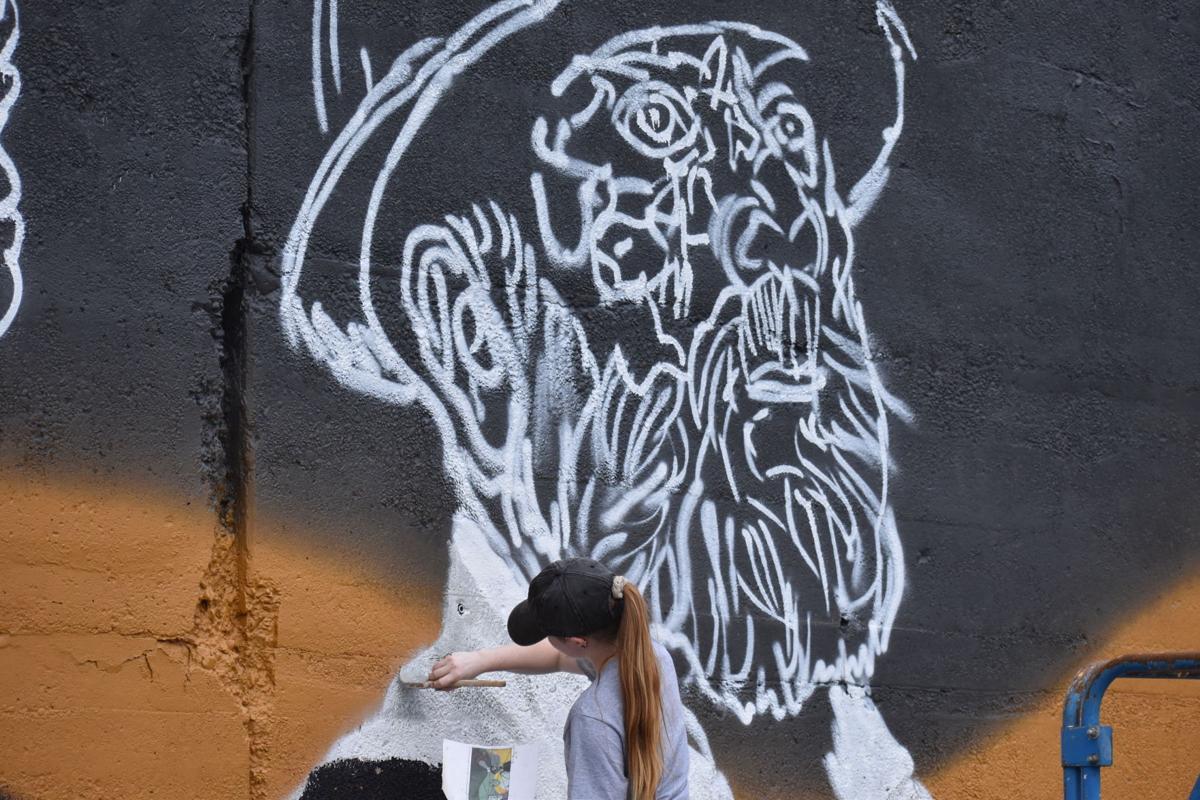 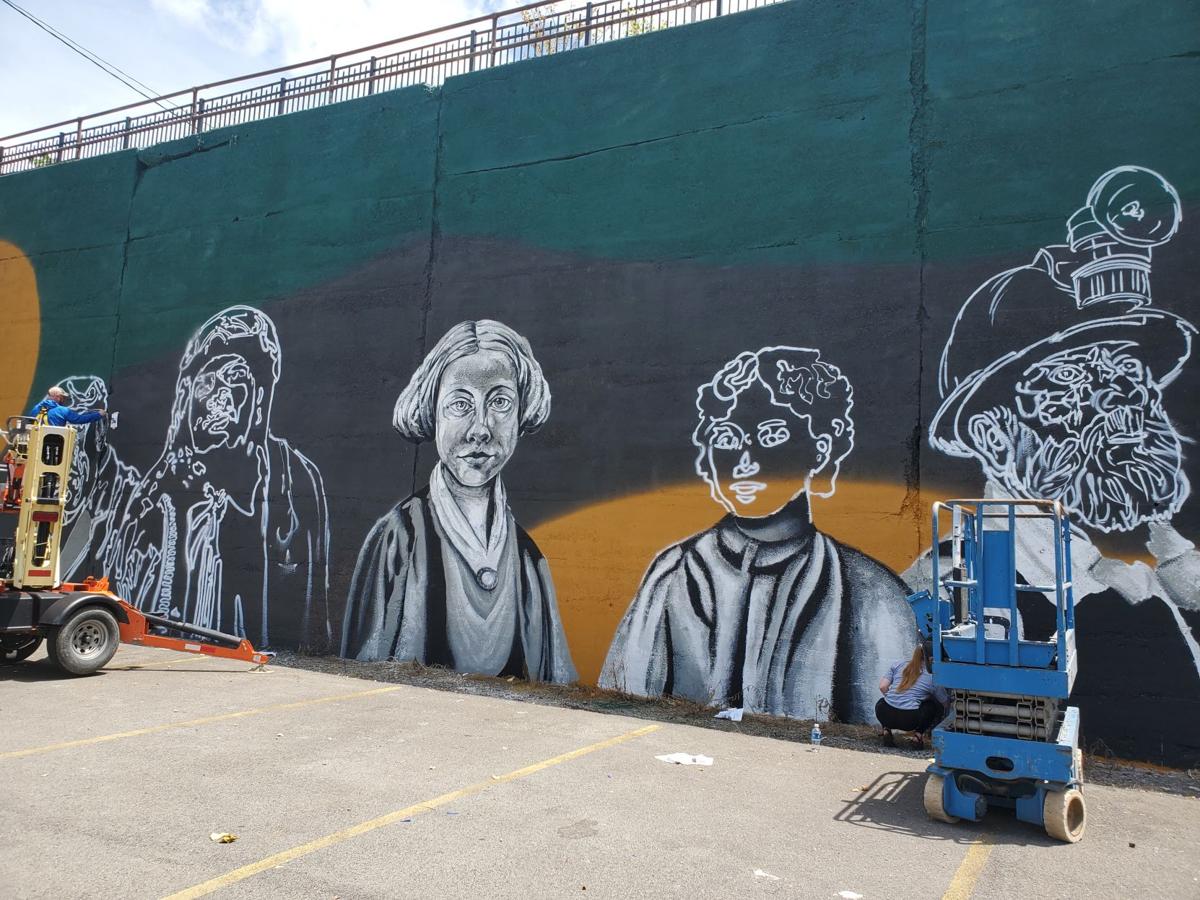 Hat, the last slave sold in the state, or at least her image, will look out over the space where the old bridge used to cross Monongahela River. Hat’s image is part of a mural project underway at Palatine Park that is being led by Joel Dugan, chair of architecture, art and design at Fairmont State University. Dugan said it is important for he and his students to include Hat in the mural.

“She was the domestic slave along with her mother and I believe an older sister to the man who built the suspension bridge,” Dugan said. “She would have lived right here above the wall, and spent most of her time making food for a lot of the workers.”

The mural depicts Hat, alongside Johnnie Johnson, Spanky Roberts, Julia Pierpont and a West Virginia coal miner, in a scene made to look like the city by the Monongahela River.

“We did decide we were going to eliminate athletes and politicians,” Dugan said. “We were just trying to look for the most iconic tiers of society outside of that. We did focus in on female icons as well when we could.”

Funded in part by both the City of Fairmont and Marion County, the mural has been in the works for about a year, when Dugan began brainstorming the idea.

“This is something that has been in the works for almost a year in the discussion phase,” said Brad Merrifield, mayor of Fairmont. “Finally it has come to fruition with all the parts coming together.

According to Kris Cinalli, Marion County administrator, Marion County and the City of Fairmont both chipped in about $4,000, which all went toward supplies and materials to make the mural possible. He agreed with Merrifield that the mural is going to be a great addition to the county and city.

“Personally, I’m elated about it,” Cinalli said via email. “To get this mural done with everything going on is incredible. I really can’t thank Joel and his crew, Chloe Barber, Maralissa Marra, Madison Mayle, Sable Herron and Michaela Riffle, from Fairmont State University for getting this done this summer.”

Since Dugan and a group of art students began the painting process about two weeks ago, he said he has gotten support from community members who have seen the mural in progress. He said he hopes to see its creation lead to more public art opportunities.

“We have had so much support it’s crazy,” Dugan said. “The City is saying there’s a lot of people abuzz around it and interested in more public art. I think it would be great if we could start a trend to get this whole wall painted.”

Merrifield said he enjoys seeing the mural in progress, and can’t wait to see it completed.

“I like the fact that the citizenry can see something that is fresh, that we’re actually working on, that we’re trying to gradually make some changes with,” Merrifield said.

Merrifield also said the subject matter of the painting turned out to be pretty relevant to the lessons being conveyed in society now, with several minority figures chosen to be on the wall months ago.

“It gives it a whole new life,” Merrifield said. “It’s more than just a painting, it’s how it makes us feel. I think it’s very timely that the subject matter that was chosen a long time ago was honoring the accomplishments of some local minorities.”

Cinalli said these depictions of people of Marion County and West Virginia are symbols of what is possible through dedication, which is being shown by the Fairmont State painting crew now.

“Like the people in the mural and the people who painted it, we can all do great things when we stay focused on a goal and don’t give up no matter what happens,” Cinalli said. “That wall will be a symbol of that perseverance for years to come.”

Merrifield said there will likely be a dedication ceremony for the mural once it is completed, and Dugan said he hopes to finish it by July 4. Dugan also said he is particularly happy to have Aunt Hat depicted on the mural, because it is where she became a member of history.

“For me, conceptually, it’s nice to know that her portrait will still be looking over that water when nobody knows who her slave owner even is anymore,” Dugan said.