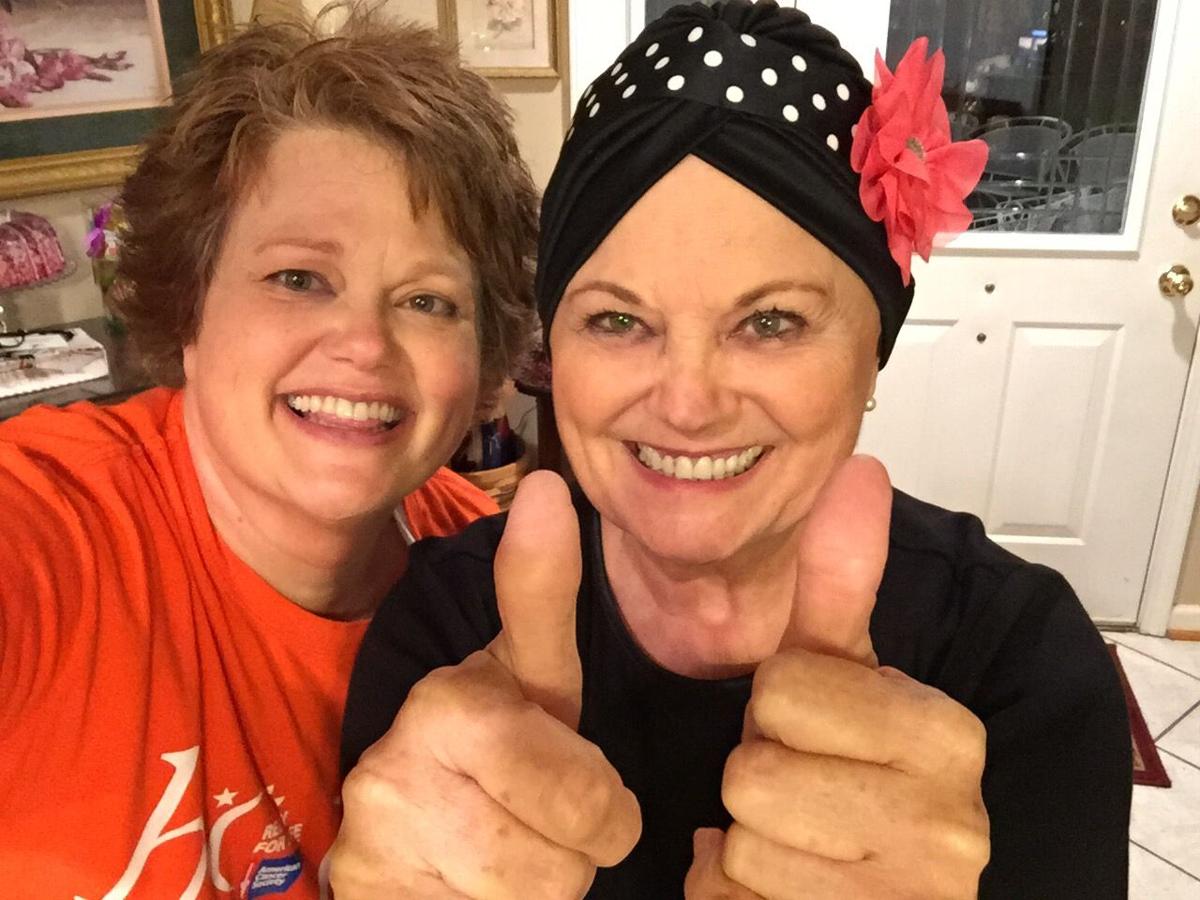 Mary Jo Thomas, right, poses with her daughter Rosemary Thomas in 2016, while she was going through cancer treatment. 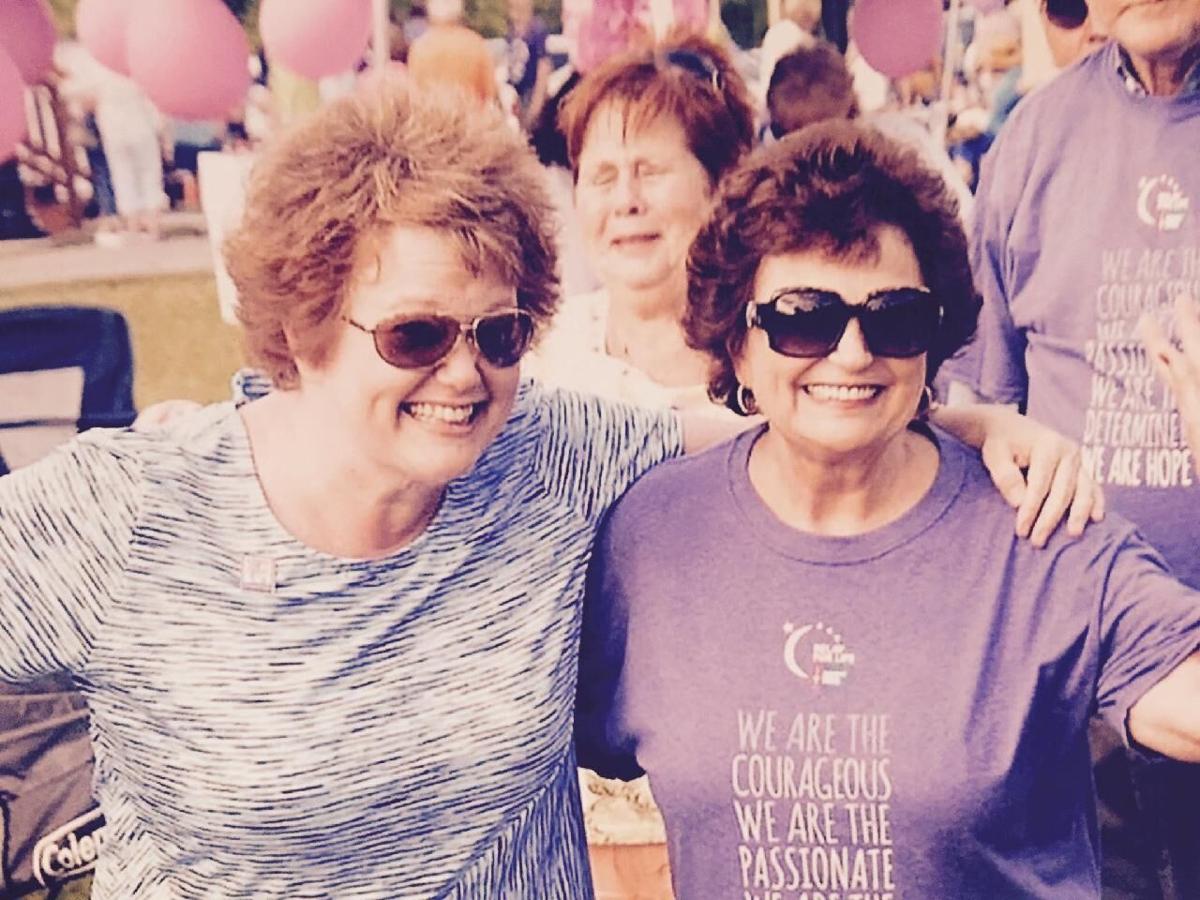 Mary Jo Thomas, right, and her daughter Rosemary Thomas participate in a Relay For Life event. 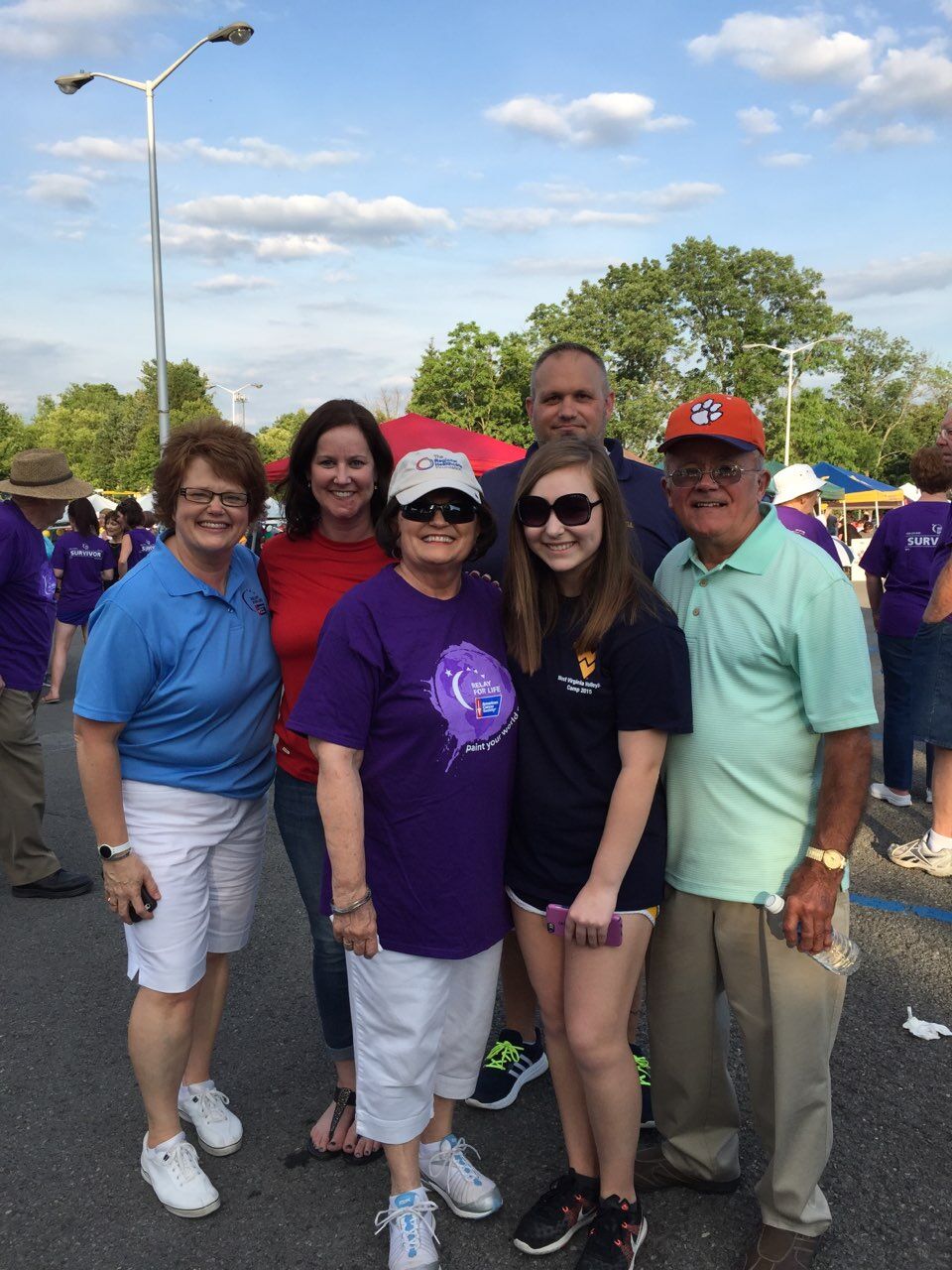 Mary Jo Thomas participates in the Relay For Life each year, alongside her friends and family.

Mary Jo Thomas, right, poses with her daughter Rosemary Thomas in 2016, while she was going through cancer treatment.

Mary Jo Thomas, right, and her daughter Rosemary Thomas participate in a Relay For Life event.

Mary Jo Thomas participates in the Relay For Life each year, alongside her friends and family.

FAIRMONT — Mary Jo Thomas was helping take down Christmas lights at Morris Park in January 2016 when she noticed a lump that hadn’t been on her body before.

She discovered the lump while putting on a larger coat, so she thought the bulge was only something that was stuck inside the coat near the chest area.

“I did very well, I was very lucky I didn’t have to have radiation,” Thomas said. “But I did have two different series of chemo, 30-some treatments, but I did very well. I’ll take the inconvenience because it saved my life.”

Thomas said she has lost family members to breast cancer, including her mother, who passed away 30 years ago. She said this prior brush with the disease helped her understand what she would have to endure in the months ahead.

Despite the challenges presented to her by the disease, Thomas said she had several support systems in her family and friends, who encouraged her during treatment and recovery. In addition to members of the Sharing and Caring Cancer Support Group, Thomas had her daughter, Rosemary Thomas, to help her through the treatments.

For Rosemary Thomas, hearing the news of her mother’s diagnosis was difficult, but Mary Jo Thomas’ attitude did not waver.

“Everything moved very quickly,” Rosemary Thomas said. “That was very typical Mary Jo Thomas fashion; we figure it out, we fix it and then we move on.”

Mary Jo Thomas said her daughter’s help was integral, as well as that of the many friends in the community.

“My family has been wonderful, my daughter has gone above and beyond,” Mary Jo Thomas said. “Just so many people have just helped so much.”

Even prior to being diagnosed with breast cancer, Mary Jo Thomas had been involved in the Marion County Relay For Life for years, as was her daughter, who played a role in founding the event in the mid-1990s. Rosemary Thomas said she had a perspective on how the disease affected a person, but to see it happen to her mother caused an entirely different level of worry.

“Watching her energy level get zapped the way that it was was the most difficult for me,” Rosemary Thomas said. “It was just a matter of the strength and endurance leaving her, but her determination carried her through that. But that was really hard.”

“It’s a journey that nobody wants to be on, but a lot of people have traveled,” Mary Jo Thomas said. “Positive thoughts, obviously aren’t substitute for good medical care, but combined with good medical care, I think that you are on a much more successful journey.”

For Rosemary Thomas, although it was difficult to be there for her mom whenever she needed to, she said she wouldn’t have had it any other way.

“You never regret being there for someone,” Rosemary Thomas said. “If you can’t be there for them, you want to help raise money, help raise awareness and help educate people so perhaps their path can be different.”

Following radiation treatment, Mary Jo Thomas was prescribed a pill she would need to take for the next 10 years. She has now been cancer-free for more than four years, and said that while she doesn’t normally like to share details about her personal health or personal life, she would hope her story of cancer can help others who are diagnosed with the disease in the future.

“I would encourage anyone, don’t be afraid, because fear isn’t going to do anything but make you feel worse,” Mary Jo Thomas said. “Find out, and then you can do whatever it is. But now knowing is the hardest part.”

Mary Jo Thomas said she knows hearing the words, “You have breast cancer,” can be heartbreaking and scary, but the only way through it is forward. She said working with loved ones and medical professionals can help anyone get through it, and came out a stronger person in the end.