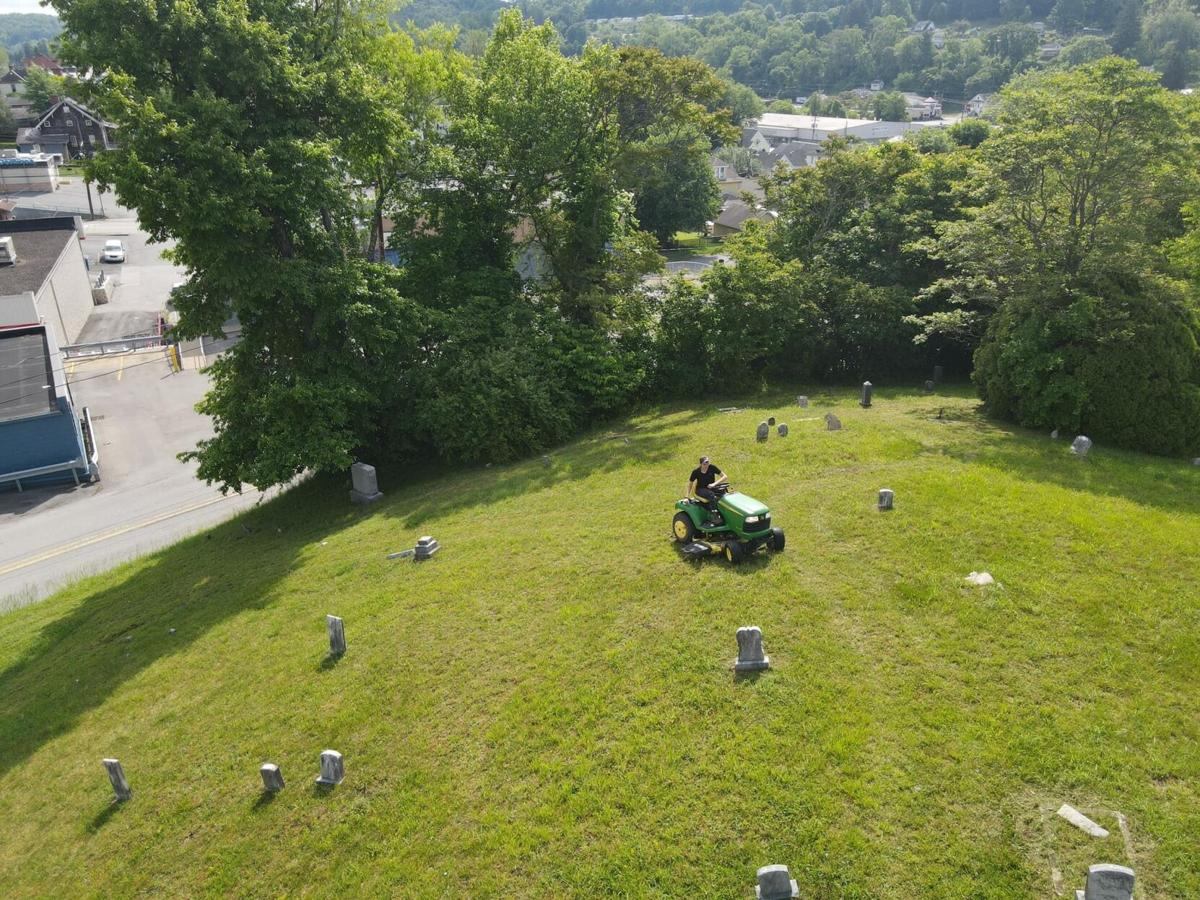 Logan Gaskins, 23, of Fairmont, shown here atop riding mower, coordinated a pro bono lawn maintenance project on Memorial Day morning for the massive Maple Grove Cemetery on the East Side. 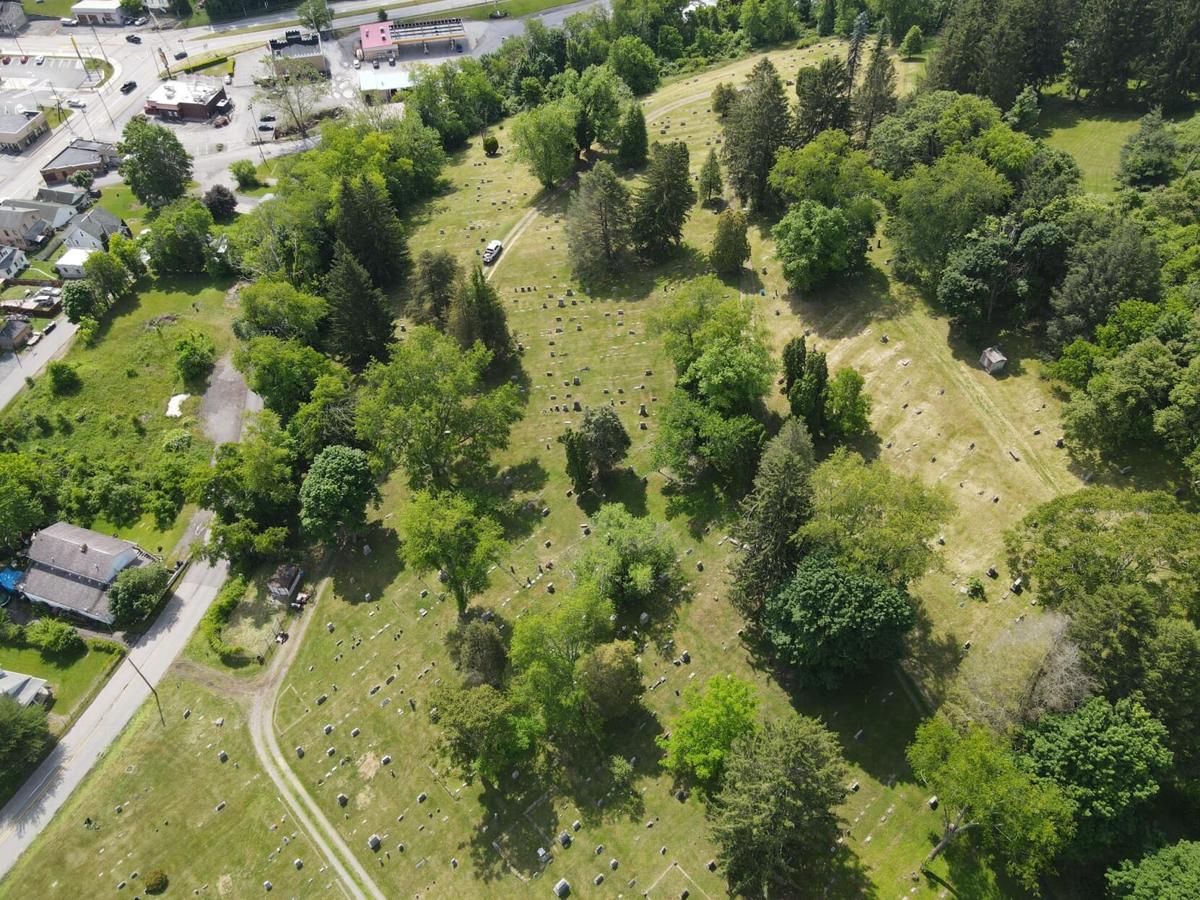 Logan Gaskins took photos with his drone which show how large Maple Grove Cemetery is. 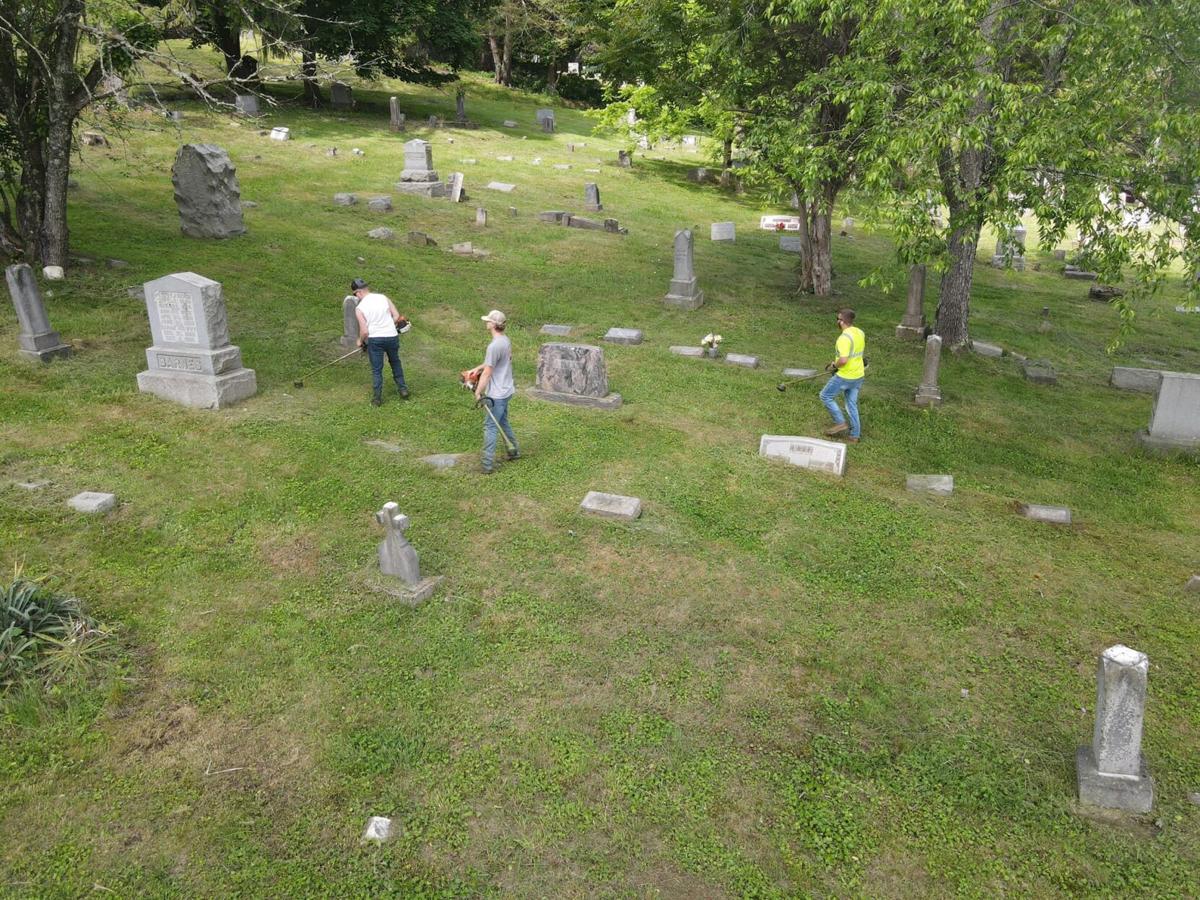 Three lawn care companies brought 11 crew members Monday morning to clean up Maple Grove Cemetery. They were joined by four others who helped cut the grass.

Logan Gaskins, 23, of Fairmont, shown here atop riding mower, coordinated a pro bono lawn maintenance project on Memorial Day morning for the massive Maple Grove Cemetery on the East Side.

Logan Gaskins took photos with his drone which show how large Maple Grove Cemetery is.

Three lawn care companies brought 11 crew members Monday morning to clean up Maple Grove Cemetery. They were joined by four others who helped cut the grass.

FAIRMONT — Logan Gaskins admits he likes to network and Facebook is one tool he uses to achieve his goal.

However, a recent Facebook post really hit him hard. A post asking for help to clean up Maple Grove Cemetery off Morgantown Avenue in East Side got the 23-year-old Gaskins to thinking.

“I just went through Facebook and I stumbled upon somebody’s post in the Fairmont Community about [the cemetery] being neglected, essentially,” said Gaskins who owns Logan’s Lawn and Landscape in Fairmont. “So, I made a post about it and ended up organizing a bunch of volunteers, including three lawn care companies to get it into shape for Memorial Day.”

Gaskins said he first drove by the cemetery to assess whether he could tackle the work by himself or with his crew from his company.

“I wasn’t expecting it to be very big, then I Google-mapped it and I realized I couldn’t do it by myself,” said Gaskins, a Marion County native who graduated from North Marion High.

Saturday’s inclement weather forced Gaskins to reschedule his team of volunteers via Facebook. That meant, the work would have to wait until Monday, which was Memorial Day.

“I wanted to get it done in time for Memorial Day,” Gaskins said. “But it worked out, I rescheduled it to Monday morning and everybody showed up on Monday and we did our thing.”

While Gaskins did not serve in the military, he appreciates every veteran who has served and sacrificed to protect America’s freedoms. He said it’s difficult for him to put into words.

“It’s so hard to describe what an American hero is. Memorial Day is always about the fallen heroes and you can’t have enough gratitude for what these guys have done and no words can describe what they went through for our country, so the very least I could do was cut the grass at their gravesite,” Gaskins said.

Overall, it took 15 people between four and five hours to cut the grass in the cemetery to get it ready to face the coming summer months. Gaskins said some residents also turned up for regular maintenance they perform at the gravesites of their family members, which made the work go smoother.

Chase Duckworth, 18, of Fairmont, who graduated from North Marion High last week, joined Gaskins with a crew of four, including himself. He said he often talks with Gaskins, so when he shared the cemetery cleanup idea with him, Duckworth was all in.

“It was pretty simple. It was a nice thing to do, to support our veterans, It was a nice act,” said Duckworth, who co-founded CJB Lawn and Landscape at the age of 16 with two high school friends.

Both Duckworth and Gaskins said cutting the lawn at Maple Grove was a way to give back to the community that has helped them become successful.

“I was happy to see the support. It is a good feeling when you can do something like that. As soon as I threw the idea around, everybody I work with was definitely on it,” Gaskins said.

“We’re happy we could give back and support our community and help those who have helped us so much.”

The proudest of all of the volunteers was probably Gaskins’ mother, Amy Poling. She said once her son saw the shape of the cemetery, he “decided immediately to gather up an army.”

“All of us pulled together and got it done in a timely fashion,” Poling said. “I like to think he gets his huge heart from his Mom.”