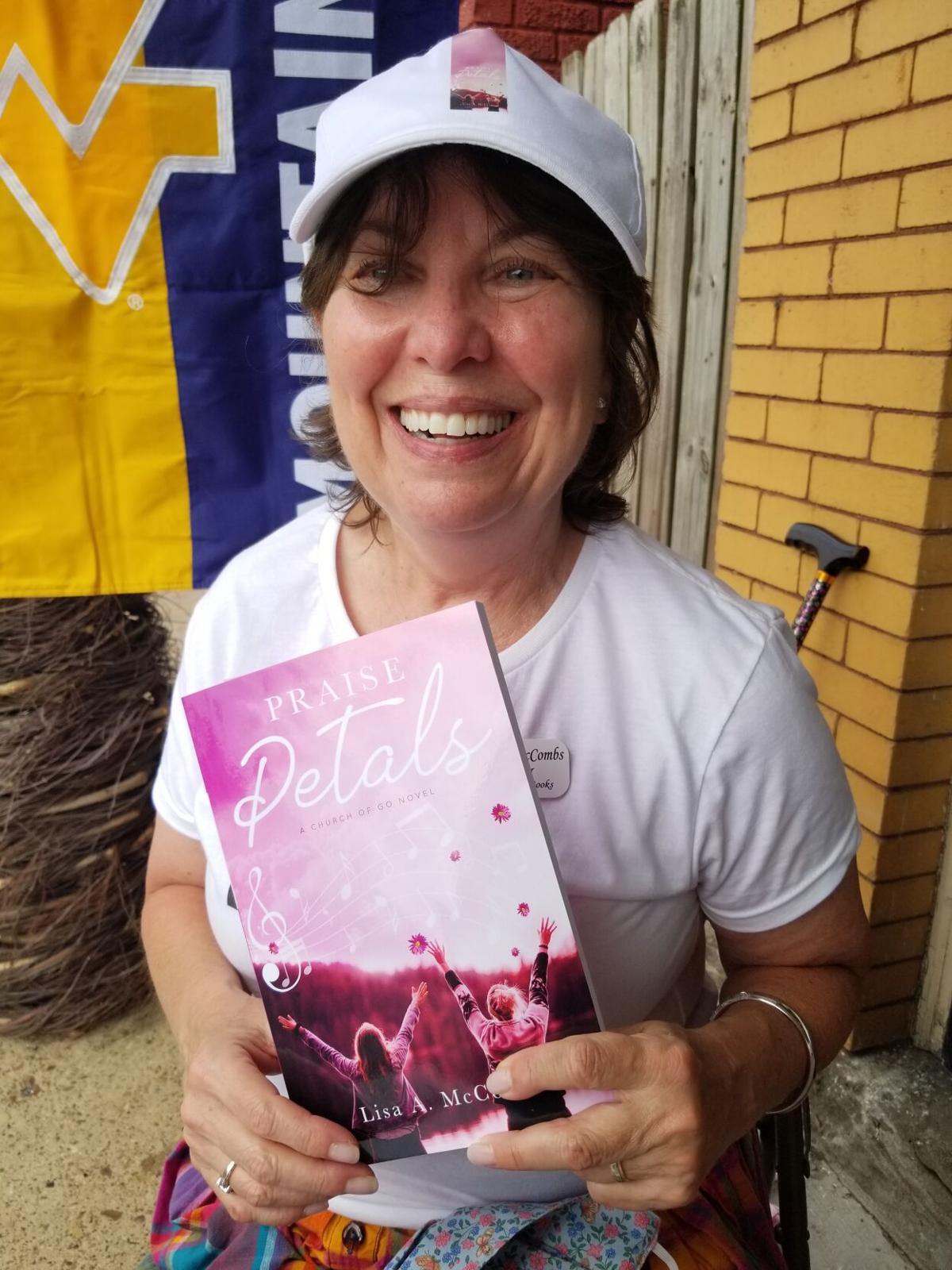 Author Lisa McCombs holds a copy of her new book “Praise Petals” Saturday at a book signing in Fairmont. 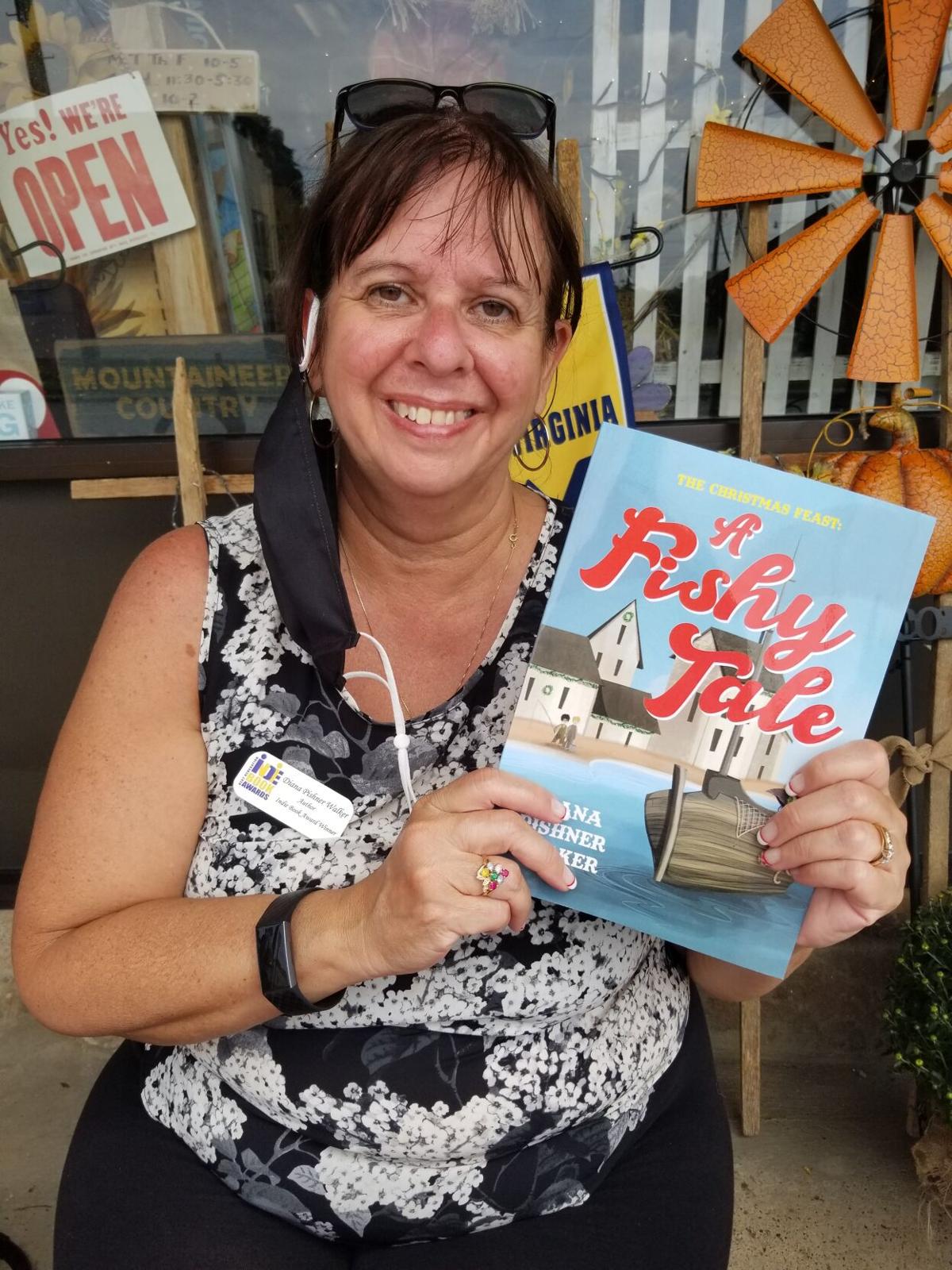 Author Lisa McCombs holds a copy of her new book “Praise Petals” Saturday at a book signing in Fairmont.

Lisa A. McCombs, of Monongah, was signing copies of newest book, “Praise Petals,” which is the second installment of her “Church of Go” collection.

Clarksburg native Diana Pishner Walker signed copies of “A Fishy Tale,” which centers on a subject familiar to many local residents, the Italian-American Christmas Eve custom of the feast of the seven fishes. Both books were published by Headline Books, a Terra Alta-based company.

“Praise Petals” — McCombs’ sixth published book — tells the story of high school sophomore Rose Hicks, who tolerates her limited social life in the fictional Ellison, West Virginia, as long as her sidekick, Jay Allen, is by her side. But when Jay receives the best news of his life, Rose is forced to survive the rest of the school year at the mercy of school bully Godzilly Jenkins. When Rose is recruited as a member of an all-girl praise team, she realizes that even the most popular girls have problems and that mean girls need love, too.

“My minister at Life United Methodist Church once told a story about when he as in seminary in the southern part of West Virginia. He was out driving around one day when he saw this old dilapidated, abandoned Church of God. But the D at the end of ‘God’ had fallen off the marquee, so it read ‘Church of Go’ instead,” McCombs said.

From that recounting, a story was born. She titled it “Bombs Bursting in Air,” and the subject matter recognizes the efforts of U.S. military veterans.

McCombs said she’s been writing all her life, but became a published author for the first time with “Abby” in 2011, which ended up as a trilogy of books set in Monongah. When she penned “Abby,” she was teaching middle school and enlisted the services of her students in the books’ development.

“Abby” is about a young girl who has attended five schools in seven years. It is set when Abby is in seventh grade. The follow-up, “Raspberry Beret” follows Abby through her eighth-grade year, while “Opening Pandora’s Box” sees Abby move into high school.

All of McCombs’ books are in that genre with the exception of “I Have M.S. — What’s Your Superpower?,” an autobiographical look at her personal challenge with a debilitating illness.

McCombs retired in 2015 from a 33-year teaching career in area public schools, where she taught at Grafton High School, Miller Junior High, and finished at Monongah Middle School.

“What I like about writing is that it’s calming. I’ve always written in a journal and I’ve always kept a diary. I’ve got stacks of diaries I’ve kept from over the years,” she said. “When I was pregnant with my son, I would write to him in my diaries, addressing him as the recipient of my journal entries.”

Walker’s new book, “A Fishy Tale,” tells a fictional story about Italian boys Benny and Turner who learn to fish from their fathers, but both fathers fall ill before Christmas. So, the boys go out to sea to bring fish home for the celebrations. A raging storm besieges them and a light from above appears to aid them in their quest. Included are a few traditional fish recipes for the celebration.

“It’s about two little boys who take it upon themselves to take a boat out to get all the Christmas feast fish because their fathers couldn’t do it,” said Walker. “They learn a few valuable lessons along the way.”

Walker grew up in Clarksburg and her family is often the inspiration for her stories.

Her book “Spaghetti & Meatballs: Growing Up Italian” is a true story about growing up in an Italian-American family.

The success of “Spaghetti & Meatballs” spurred a series of children’s books in which the central characters are a family of rabbits that has emigrated from Italy to West Virginia.

“Hopping to America,” which discusses immigration and assimilation, is sold at both the Ellis Island and Statue of Liberty gift shops in New York. “A Rabbit’s Tale of a Wedding” touches on adoption. And “A Rabbit’s Tale of La Befana” addresses the subject of bullying.

Walker’s first book, “I Don’t Want to Sit in the From Row Anymore,” is her lone adult-themed book and something of a personal memoir.

As with McCombs, Walker’s writing originated long before she became a published author.

“I lost both of my parents within seven months of each other, so I began to keep a journal. The journal became a memoir. The memoir became a book,” she said. “My mother always wanted to be a writer, but she didn’t become one before passing away. I took that as a sign for me to become one.”

Walker is also a veteran of the area’s public schools, having worked as a Fast-Forward aide at East Dale Elementary in Fairmont for several years. Today, she is the chairperson for the West Virginia Italian Heritage Festival’s Author’s Forum.

Books by both McCombs and Walker are available for purchase online at Headline Books’ website at headlinebooks.com and at Amazon.com. The authors’ books are also available at the Craft Connection in Fairmont.

For more information about Lisa A. McCombs, visit ladywiththecane.com.