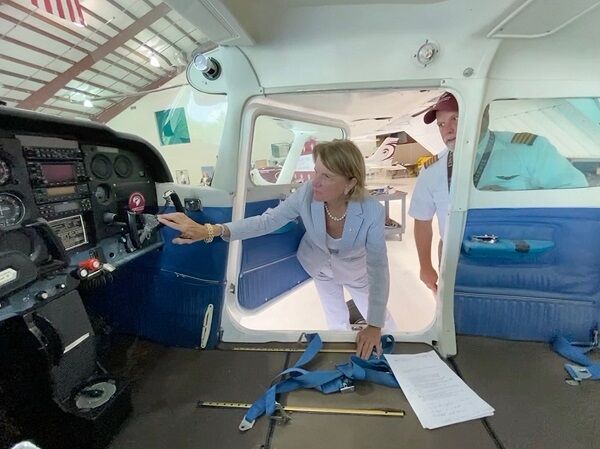 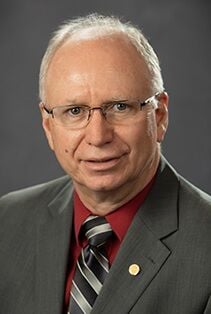 FAIRMONT — The squabble between Fairmont State University and Pierpont Community and Technical College over space at the Robert C. Byrd National Aerospace Education Center may have a pending solution.

Del. Guy Ward,R-Marion County, said regardless of whether the two schools re-merge as put forth in separate boards of governors votes last month, the disagreement over the aircraft hangar must be ironed out.

In a statement issued Sunday, Ward said he has written letters to House Speaker Roger Hanshaw and Senate President Craig Blair, as well as the chairs of both chambers’ finance and education committees requesting $13 million be allocated so Fairmont State University to build a new hangar at the aerospace education center in Harrison County.

“This is a small investment compared to the $300 million being given to Nucor Steel and this will produce about the same number of good paying jobs. Giving Fairmont State their own hangar will allow [Pierpont’s] Aviation Maintenance Technology Program at Robert C. Byrd National Aerospace Education Center to expand from 130 students to over 200 students and fill all the available jobs that will be opening over the next few years at the companies that make up the Mid-Atlantic Aerospace Complex,” Ward said. “If we don’t do this, we stand to lose hundreds of good paying jobs in north central West Virginia because some of these companies may move somewhere else where they have better access to a quality workforce.”

Ward is asking for $13 million to be allocated to Fairmont State University for a new hangar for their Professional Flight and Aviation Program.

“It’s my understanding that a bill is being originated in both houses to once again try and merge Pierpont Community Technical College with Fairmont State University. I think the belief is that the separation that was agreed to last year failed due to Pierpont’s unwillingness to leave the campuses of Fairmont State University. Nothing can be farther from the truth,” Ward states in his letters to legislative leaders.

“Pierpont can make the deadline of removing all their programs off the campuses of Fairmont State except for one location, the Robert C. Byrd National Aerospace Education Center located at the North Central West Virginia Airport near Bridgeport, West Virginia. At the present time both institutions are using parts of this facility.

Ward said Pierpont could easily increase its Aviation Maintenance Technology Program to more than 200 students if it did not have to share the hangar with Fairmont State’s program. However, he also said the Fairmont State program could expand if it had its own hangar as well.

“The problem of not being able to separate lies with lack of funding. This facility is not large enough to expand both programs to their maximum capabilities and be approved by the FAA. So, whether or not a merger should take place, the problem will still exist if a merger does or does not take place unless something is done to increase the capacity to accommodate both programs,” Ward states in his letter.

“Again, it doesn’t matter if the two schools are brought together or not, the problem will remain regardless unless the legislature comes to their rescue. Without the proper funding, both programs are in jeopardy. The loss of the Aviation Maintenance Technology Program would no doubt result in loss revenue for whichever school is in charge. Not only that, but West Virginia could lose hundreds if not thousands of jobs because some of the industries with the Mid- Atlantic Aerospace Complex may find another place to locate to,” Ward said.