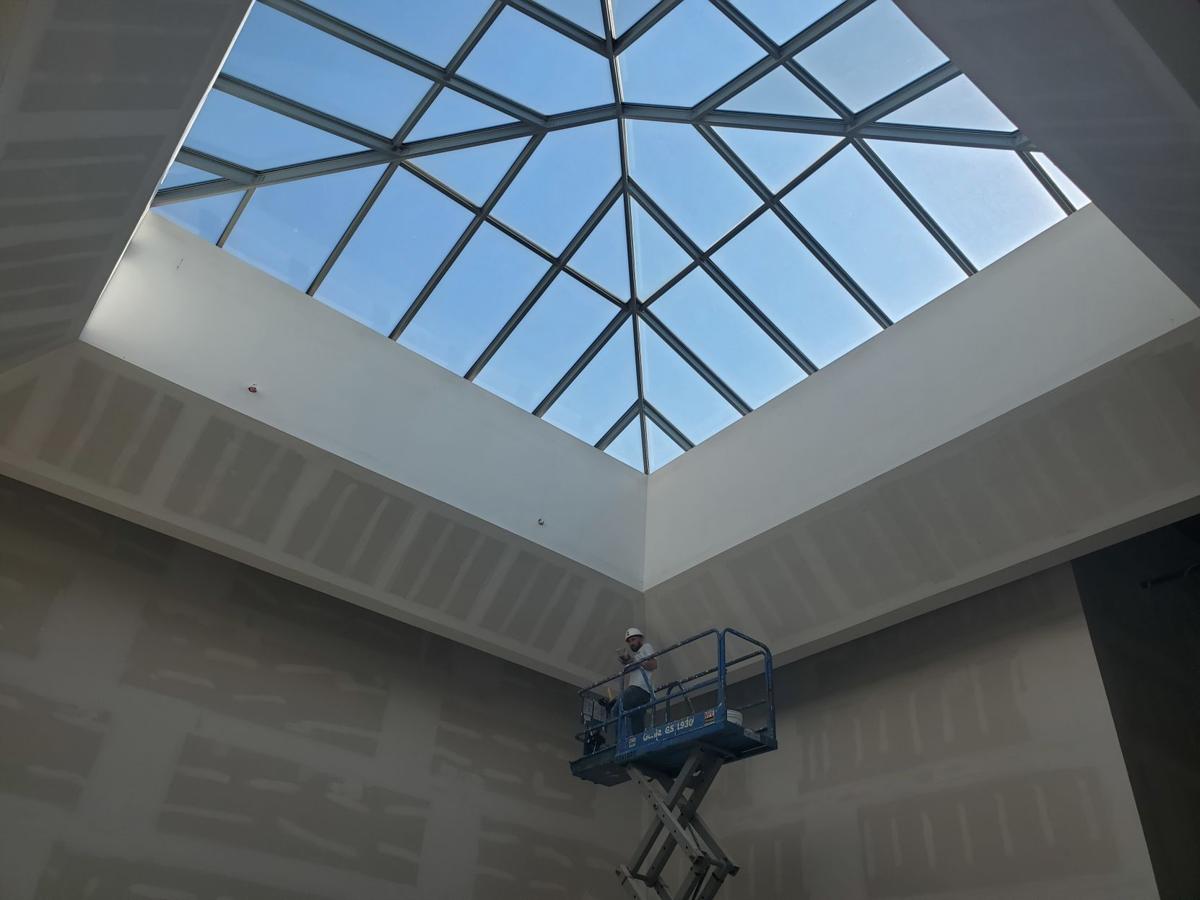 A worker paints an interior wall of the Middletown Commons. 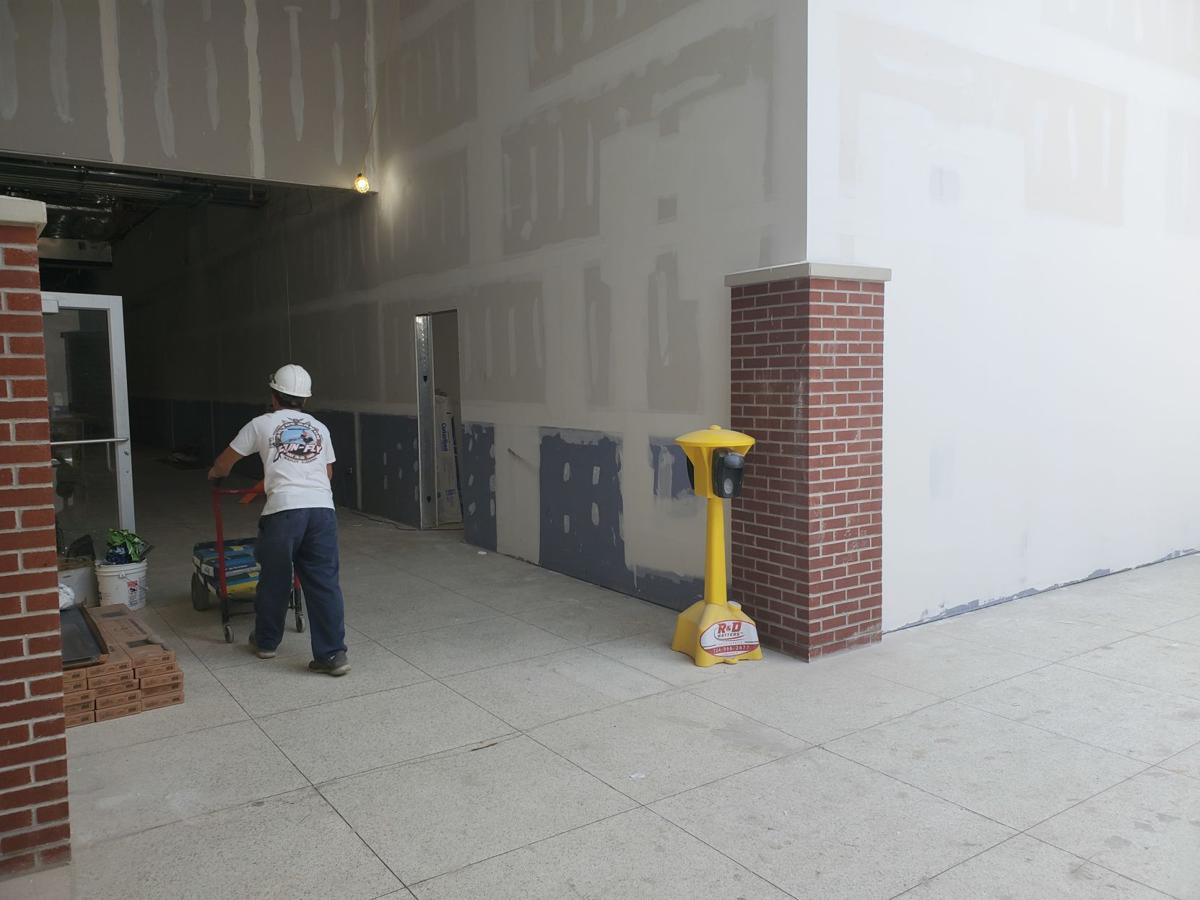 The Middletown Mall has been gutted and is being transformed into Middletown Commons, which will be a walkable town center when completed. 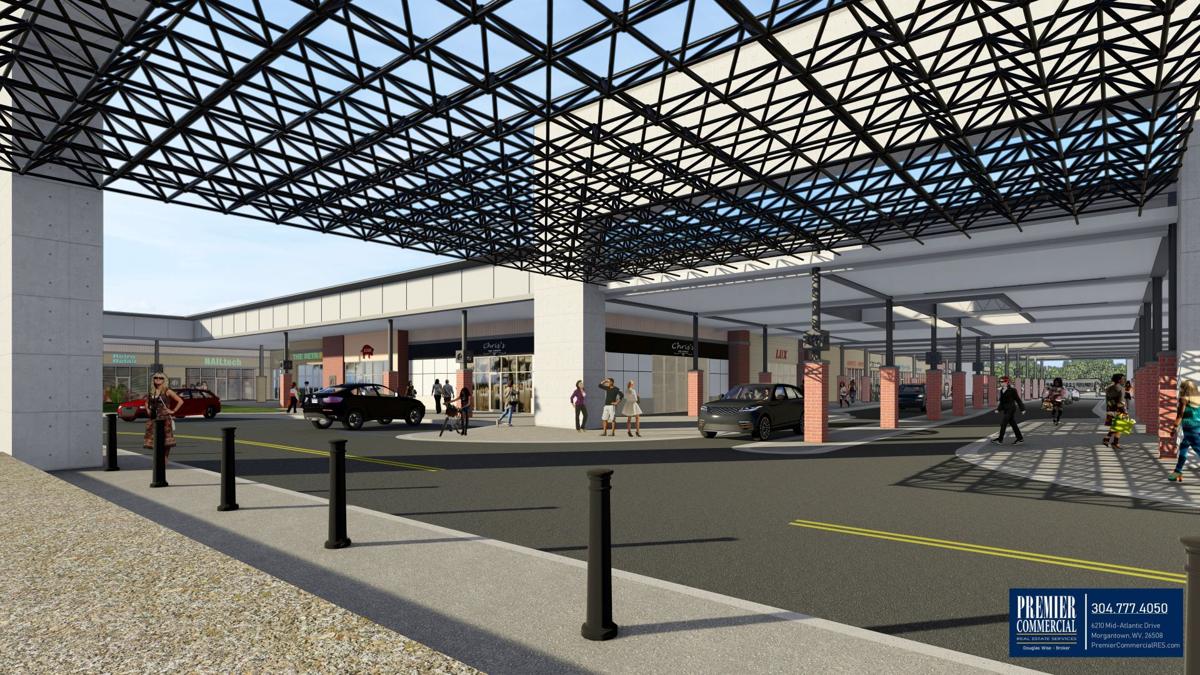 These images show the plans for the future of Middletown Commons in White Hall.

A worker paints an interior wall of the Middletown Commons.

The Middletown Mall has been gutted and is being transformed into Middletown Commons, which will be a walkable town center when completed.

These images show the plans for the future of Middletown Commons in White Hall.

WHITE HALL — Although it appears to be a prolonged work in progress from its front, the contractors transforming Middletown Mall to be Middletown Commons are making progress from the back forward.

When completed, the updated mall will take on the design of a more modern town center, according to Chris Wilbert, associate broker for Premier Commercial Real Estate Services, who is developing the Middletown Commons.

“Versus a front and a back, as the way it is now, it’s going to be more like a north, south, east, west side,” Wilbert said. “You’ll be able to drive through it, and with the new entrance that’s going to be put in directly across from Walmart, it won’t be like the front and back days.”

“The whole point of this is really to de-mall it, and make it flow like a town center,” Wilbert said. “It all flows and it will provide more parking.”

Under development by Biafora Holding Limited Liability Company, which developed the Suncrest Towne Centre in Monongalia County, the Middletown Commons will house new stores, restaurants and other attractions which Wilbert said will be a good driver for the local economy. He said he believes the Biafora brothers — David and Rick — have invested a lot to make the space a new hub for Marion County and North Central West Virginia.

“They have pride in the area and they’re doing it right, not cutting any corners,” Wilbert said. “It’s a full overhaul that we’re doing.”

Last December, the Marion County Commission issued $9.1 million in bonds that will be used to fund infrastructure as part of a Tax Increment Financing District the county commission established via passing a local ordinance. The bonds will finance such things as roads, intersections, acquisition of rights-of-way, utility extensions and relocations, stormwater management, sidewalks and pedestrian ways, curbing, lighting, landscaping, stages and plazas, as well as costs for architectural and engineering fees.

“The Town of White Hall is excited to see the development at the Middletown Commons,” Stover said. “This is something the area has needed for a very long time.”

Wilbert said he could not reveal any shops the developers are trying to recruit to be in the Middletown Commons, but the economic advantages of its locations should make it of interest to business owners and national chain stores.

“What we have essentially is a project that’s in the heart of North Central West Virginia, which has really become its own market,” Wilbert said. “It isn’t statistically recognized as that yet, but that’s what it is. There’s a reason why this mall was built here originally.”

Fast Signs is the first new business to move into the Commons, and opened while the facility works on construction of the other spaces. Lance Puccio, franchisee of Fast Signs at the Middletown Commons, said business has already taken off, and he is excited for more shops to move into the space.

“In February we got moved in and we have been operating since about March,” Puccio said. “We got so much business right off the bat. Through the whole COVID-19 situation, we got slammed right off the bat so we’re still finishing some inside decor.”

Wilbert said the contractors have had to work around some of the tenants of the mall that will still be present in the Middletown Commons, such as Subway, El Rey and BioScrip, which are each getting new spots in the center. The construction inside the commons has not made the space unrecognizable, but the changes to make it more accessible from outdoors is probably the most drastic change, Wilbert said.

Although there is still much work to be done, like the addition of stores and the long-awaited repaving of the parking lot, Wilbert said construction on the Middletown Commons has already passed the halfway point of completion.

“We’re in the later half,” Wilbert said. “We’re crossing phases a little bit, working around the tenants, but I’d say we’re definitely in the second half. The final piece will really be tying in the roads.”

Being impressed with the detail of his own store, Puccio said he thinks the modern take on the mall will be popular with the local community, and the completed commons will invite more exciting businesses to the area.

“We’re really excited,” Puccio said. “We see a lot changing since we got in here. We think we’re in a great place, we’re doing great business and we’re just pleased.”

Stover said the Middletown Commons will be an upgrade for not only the White Hall community, but for any visitors of the area looking for attractions. Once people won’t have to travel to Morgantown or Clarksburg for a day of shopping, the Town of White Hall itself will be a place to visit.

“With the growth in the community brings an upgrade to the town,” Stover said. “Having additional facilities added to the area means less driving for everyone... The Commons will bring things closer to home for us.”