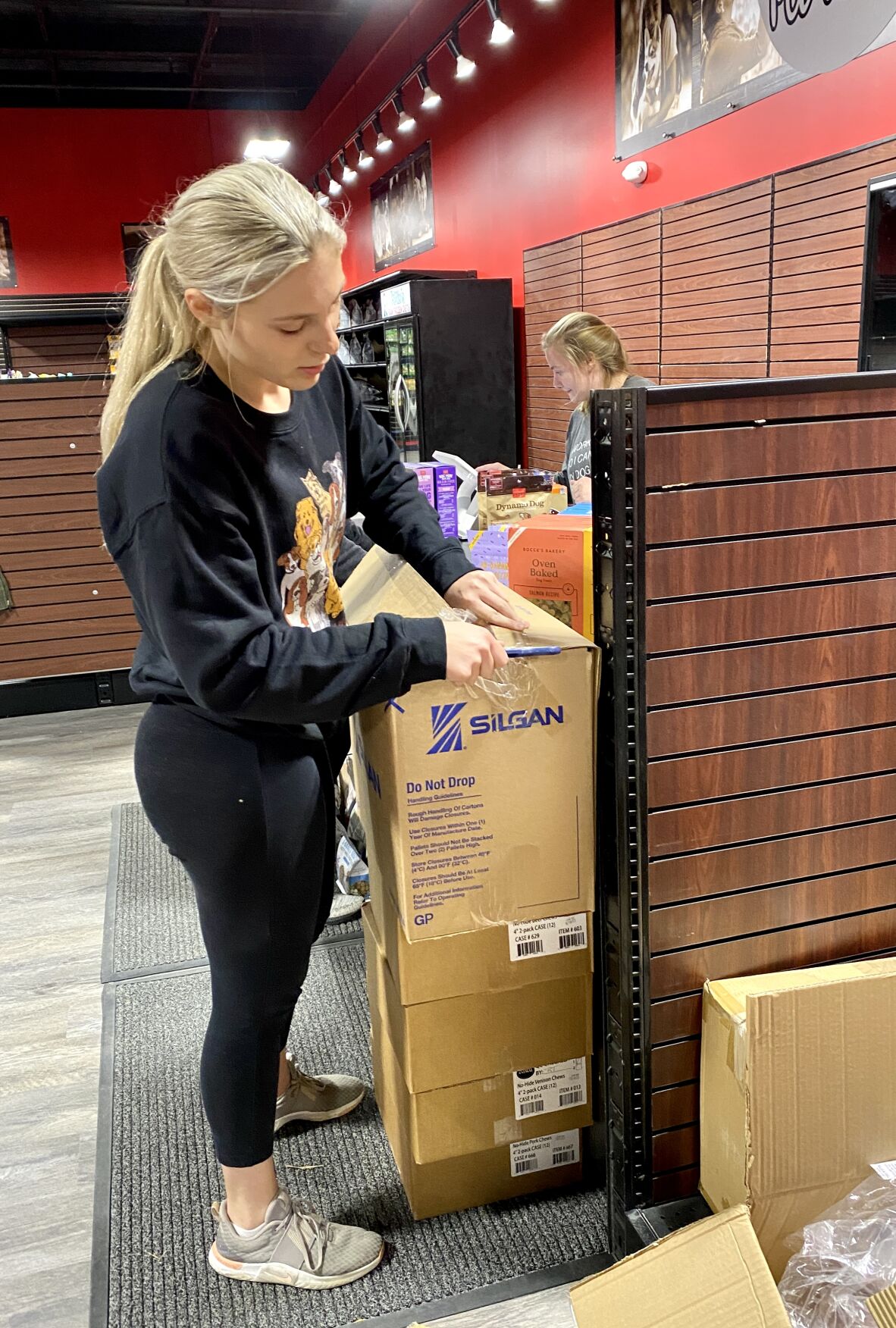 Ky Sisler works at getting the new Pet Works ready for opening at Middletown Commons. 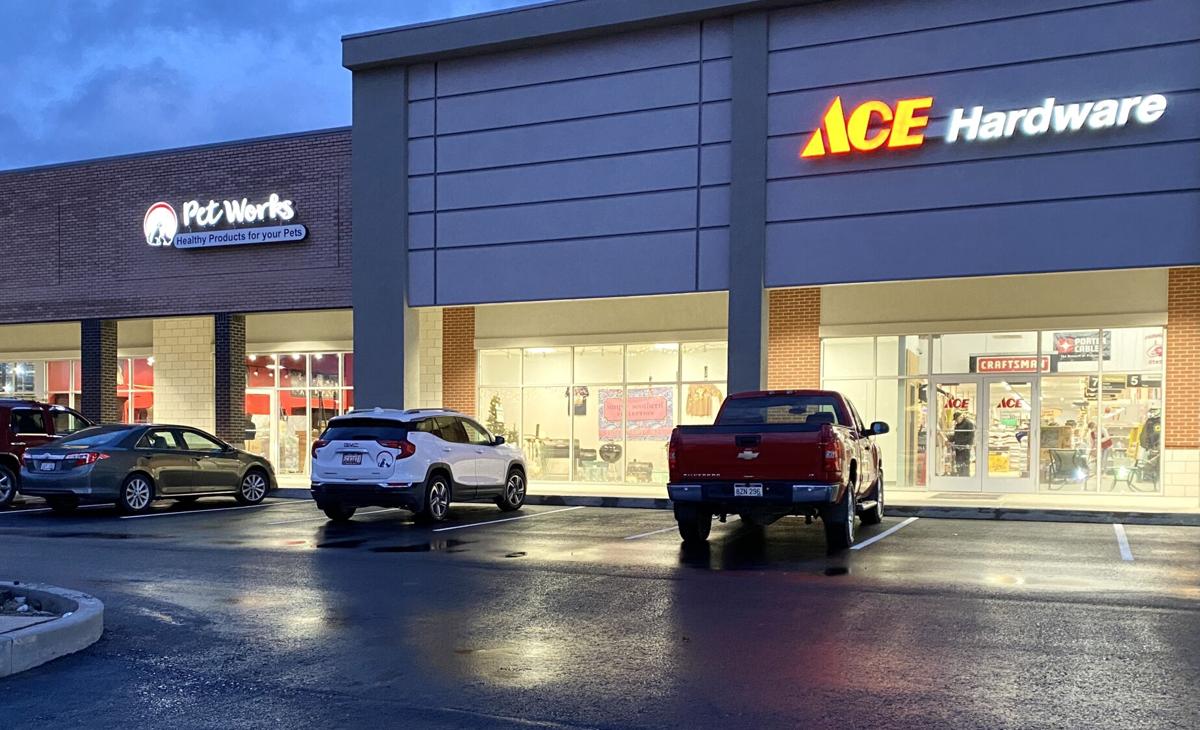 Next to Ace Hardware, a new Pet Works will open soon in Middletown Commons. 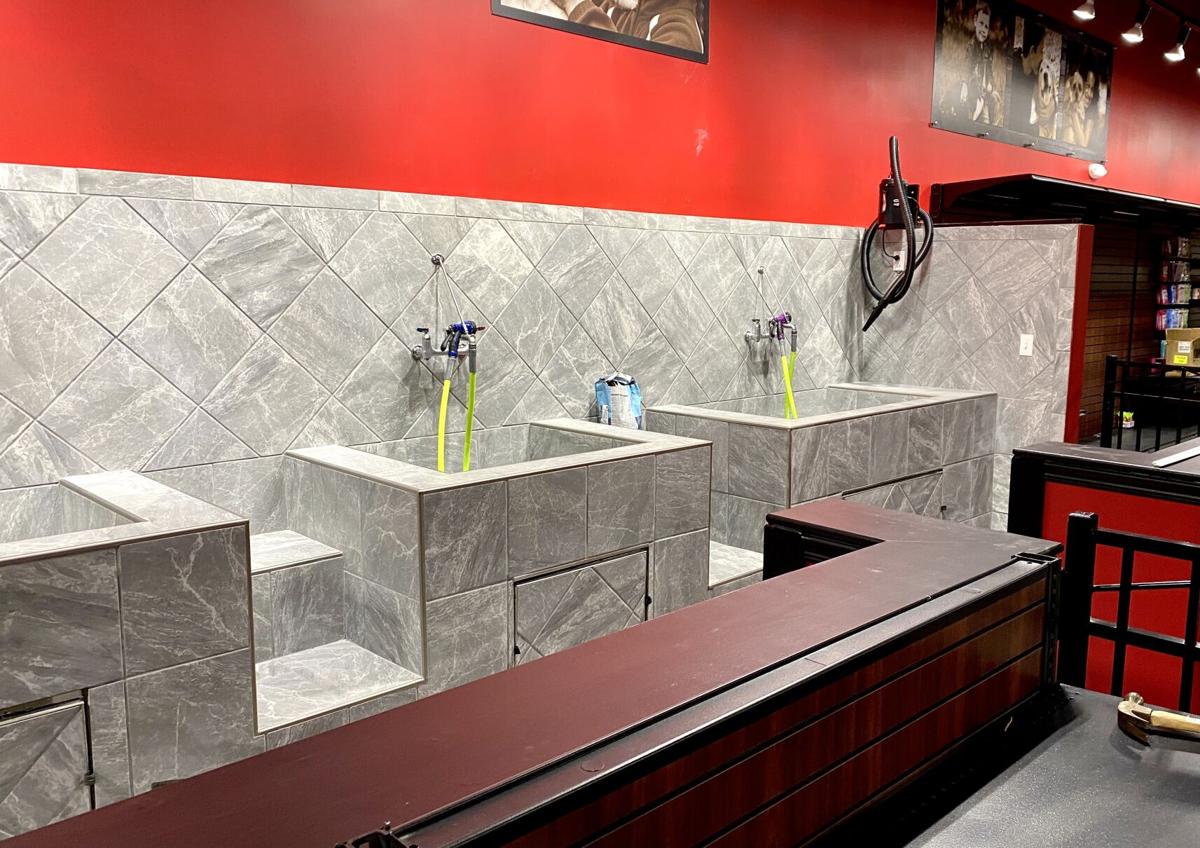 Owners can bathe their dogs in elegantly tiled bathing centers at the soon to open Pet Works at Middletown Commons.

Ky Sisler works at getting the new Pet Works ready for opening at Middletown Commons.

Next to Ace Hardware, a new Pet Works will open soon in Middletown Commons.

Owners can bathe their dogs in elegantly tiled bathing centers at the soon to open Pet Works at Middletown Commons.

WHITE HALL — It’s hard to drive past Middletown Commons without noticing the new businesses that have opened recently.

Two businesses, Next Level Fitness and White Hall Spirits, celebrated their openings with a ribbon-cutting ceremony on Thursday.

However, there’s another shop, located right next door to Ace Hardware, that’s not quite ready to open, but it’s nearly there.

A handful of workers are building displays and stocking shelves for a Dec. 1 opening of Pet Works, a locally owned pet supply store.

This will be the third location for Pet Works, after successfully opening the first shop in Westover in August 2019, and the second at Suncrest Towne Centre in Morgantown in January 2021.

Owner Larry Sisler and his daughter, Ky, have been running the two other locations from the beginning. Sisler’s wife, Rhonda, oversees the grooming services at the Westover location.

After successfully starting several businesses, such as cable and internet companies, as well as a US Cellular store, Sisler thought that it might be a good idea to involve his daughter, Ky.

“I was going to go be a vet, but then my dad gave me the bright idea of starting a business, and I went with it,” Ky said. “I worked at a shelter when I was in high school. I’ve always loved animals.”

In terms of running a business, Ky said she learns every day.

“This is Ky’s store,” Larry said. “She is an animal lover. And, people are really into their pets these days.”

The numbers confirm Sisler’s assertion. In 2020, for the first time ever, the pet industry grossed more that $100 billion, according to a report released by the American Pet Products Association. Compare that to 10 years ago when Americans spent about $61 billion on pet products.

But there’s no need to throw numbers around Sisler.

He already knows. “The Suncrest Towne Centre store is like a mini Walmart,” he said. “It has people in and out all day. And we’re already seeing the same thing happening here. I was playing with the open sign yesterday for a [few] seconds, and four people were at the door.”

The Sislers began negotiations in August to get into the Middletown Commons space.

“The Biafore brothers have treated us very well,” he said. “We will follow their developments wherever they go. They are great people and easy to deal with.”

“We had so much success at Suncrest Towne Centre, when they mentioned White Hall, we jumped on board immediately,” he said.

The location next door to Ace Hardware was chosen for several reasons, including its expansive parking lot.

“That’s why we picked this spot, so people could carry their dog food and not have to go clear across the parking lot,” he said.

The shop itself is more posh that your standard pet supply store. You could even say the dog bathing stations are elegant.

But the real thrill — for your dog anyway — is the selection of toys and treats.

“This wall and this wall,” he said, gesturing to the two large display walls at the front of the store, “will have at least $10,000 worth of toys when we open this store. And we will go through them in two weeks.”

Customers will find standard dog food at Pet Works, “but we’re really big on treats and bully sticks, that kind of stuff,” he said.

Treats include cookies, birthday cakes, donuts and dozens of other kinds of doggie delectables.

“We sell probably 90 birthday cakes a month out of Suncrest,” he said.

Also available at the store will be natural and organic products as well as herbal remedies such as CBD oil for pets.