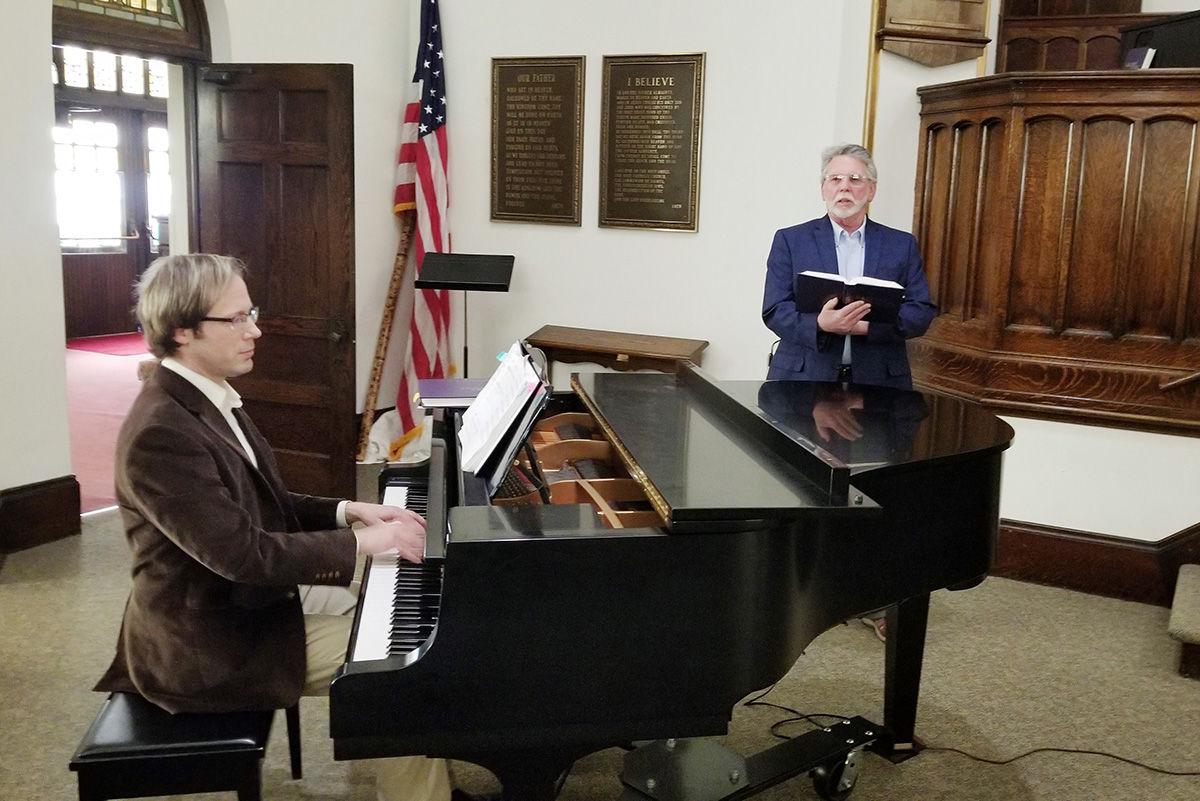 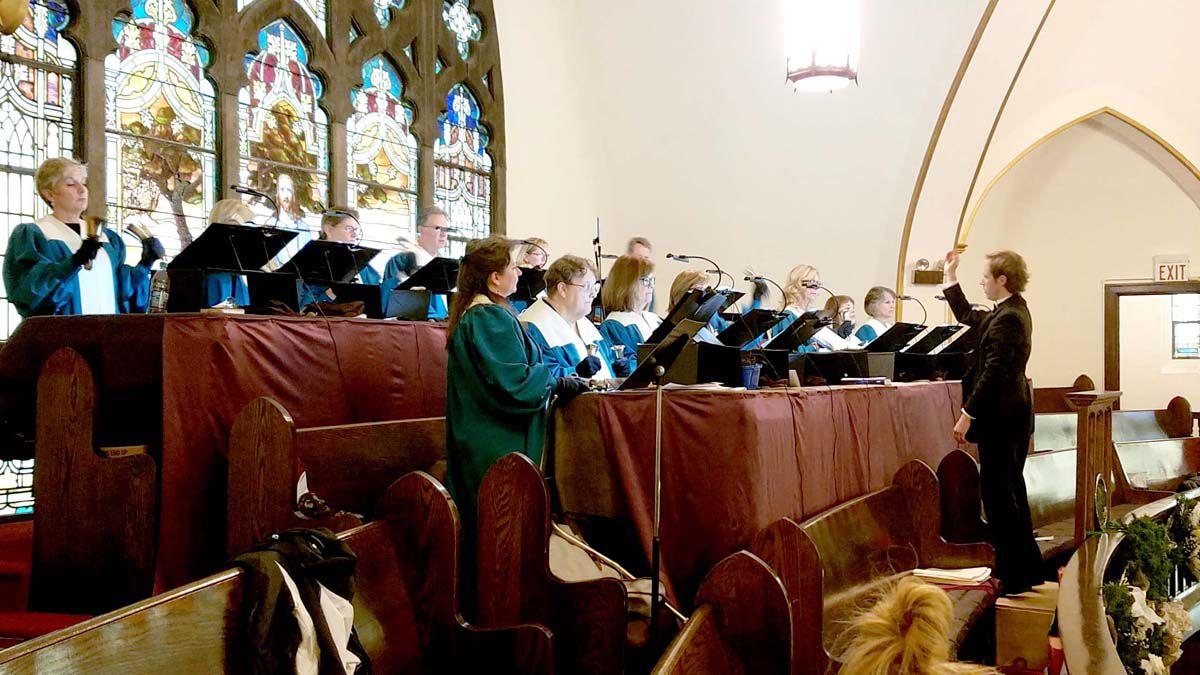 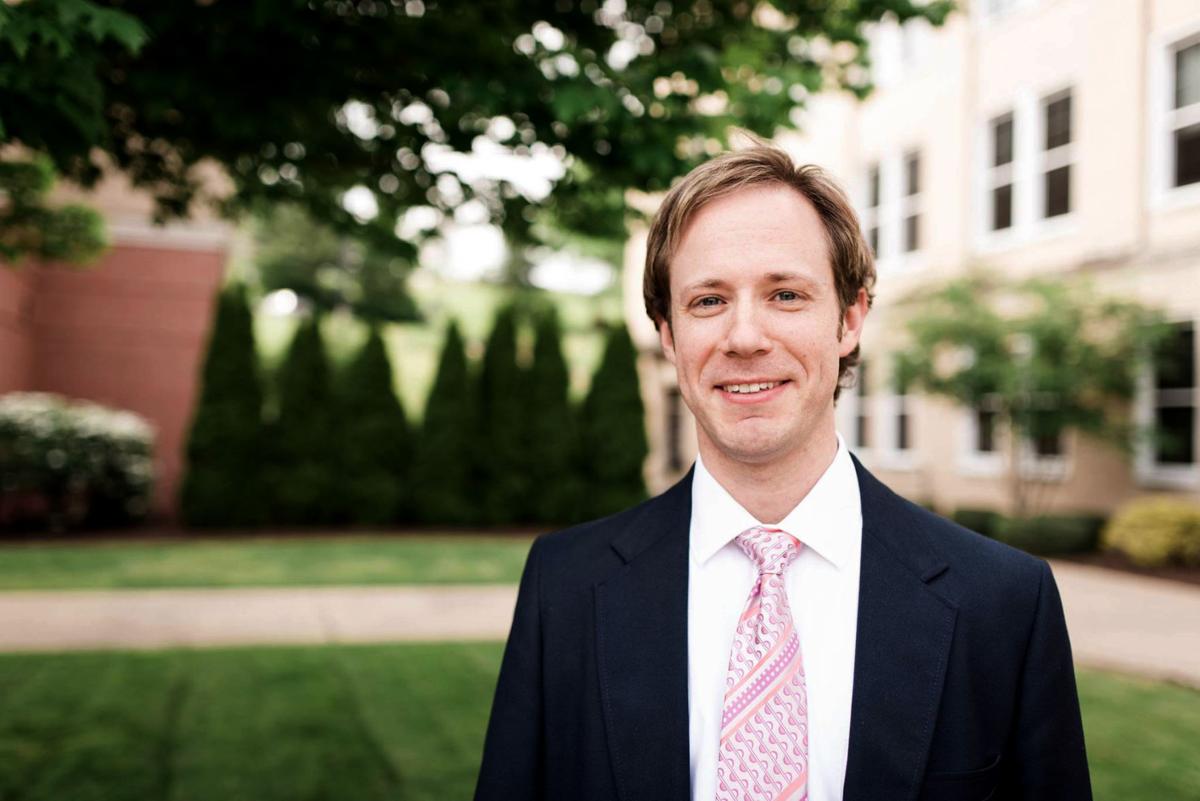 John Morrison, assistant professor of music at Fairmont State University, was recently named 2020 Teacher of the Year by the W.Va. Music Teachers Association.

John Morrison, assistant professor of music at Fairmont State University, was recently named 2020 Teacher of the Year by the W.Va. Music Teachers Association.

FAIRMONT — From a young age, John Morrison knew he wanted to play several kinds of instruments.

He started out learning violin at age 5 with piano not far behind, but in the ensuing years, he would expand his instrumental talent to encompass woodwinds, brass and more stringed instruments.

“As a child and adolescent, I just loved instruments and I wanted to play lots of instruments,” Morrison said. “At a certain point you have to focus, and I ended up focusing on piano and violin.”

Morrison is now an assistant professor of music at Fairmont State University, where he teaches different instrumental courses, mainly in piano. Last week, Morrison got a call alerting that he has been selected as the West Virginia Music Teachers Association 2020 teacher of the year, which is a recognition he has not received before, but came as an honor.

“I am extremely honored,” Morrison said. “I was very happy to receive the news and I’m honored, that’s the best description.”

At Fairmont State, Morrison has also instructed students in its Academy for the Arts. He also serves as music director at First Presbyterian Church, where he plays piano and organ.

Morrison said he enjoys teaching students more so than playing himself. He said he knew he wanted to teach music after getting a taste of the job a West Virginia University.

“I had a graduate assistantship involved with WVU’s community of music, part of that was teaching an adult piano class,” Morrison said. “I just really enjoyed the energy and enthusiasm of these adults who hadn’t gotten a chance to learn piano and were getting around to it. I loved that interaction, but I also loved working with kids who were students.”

Morrison teaches students of all ages and abilities through his position at Fairmont State, and said no matter who it is, he tries to meet them where they are in the musical ability.

“Everybody is going to be coming in at a different level,” Morrison said. “Some will have experience and that’s great. You meet them at that level and try to help them grow. When I work with a student for the first time, I have to get to know them and assess where they are. I’m very happy to meet students at any level.”

One of Morrison’s former students, Rayme Pullen, now teaches piano herself. She was working on a master’s degree at Fairmont State when she took a piano class with Morrison so she could keep up on her skills.

“I was like, ‘I might as well take lessons so I don’t forget all my technique,’” Pullen said. “It was one of the best decisions I ever made at Fairmont State. Those piano lessons from him were just invaluable to me.”

Pullen said in addition to Morrison fine-tuning her skills, and her learning how to be a more expressive and intuitive player, she got to get experience in accompaniment. She recalled a challenge she faced through a request from Morrison, which ended up being one of the best learning experiences she has had.

“He gave me a ton of accompanying opportunities, and that was almost more valuable than my private lessons in a lot of ways,” Pullen said. “It was like 2015 and he couldn’t do one of the winter recitals, and he trusted me with that task to learn all that music in a week’s time. I did and it about killed me, but that gave me some of the most valuable life experience I’ve had as an accompanist.”

Andy Grindle is another former student of Morrison, who is now band and hip hop production teacher at Kernan Middle School in Jacksonville, Florida. He, too, said Morrison’s classes were productive not only because of his teaching, but because of the learning environment he created for his students.

“He created an environment that allowed for learning to happen,” Grindle said. “I think that’s the thing that really sets him apart... It was the times that weren’t necessarily music-related that built up my confidence and built up the confidence of other students to allow us to feel more confident to make music.”

Grindle also said in addition to becoming a better musician, Morrison taught him to become a better teacher of music as well. Grindle had not played piano prior to taking a class with Morrison, so this was a learning experience for both paths for him.

“We teach a music production class that uses piano,” Grindle said. “It’s so important to me to give those students in middle school that fun experience that John gave me as a college student, but earlier on so if they choose to pursue something like that in the future, they don’t have to go through the frustration of going through basic, fundamental things.”

To Morrison, the moment that a student overcomes an obstacle in playing is his favorite part of teaching. He said he likes to mold a student into a becoming better player, and seeing them adapt their own life as a musician through learning.

“That’s one of the things I really enjoy, is when you see a student discover a repertoire they really like, and all of a sudden they’re practicing more and growing and coming to life,” Morrison said. “I enjoy the interaction, I enjoy watching students grow and develop.”

Grindle said Morrison also helped him set goals for himself and decide what he wanted to get out of playing and teaching music. These were also some of his best learning experiences.

“We had a daily piano class, and then we would go in for recitations,” Grindle said. “We just had lots of really great talks in his office about defining your expectations like, ‘What do you want out of being a music teacher, what do you want to accomplish?’ It was those things that really helped me get better at piano.”

Morrison said he hopes the lessons he gets across through teaching music can be adapted to fit other parts of his students’ lives. He said learning to play an instrument is in part about improvement and overcoming challenges, so seeing someone conquer a musical challenge can show them that they can conquer any challenge they face.

“Watching the light bulb go off and getting over the hurdle of thinking you can’t do something; I hope that would positively affect other aspects of life,” Morrison said. “They could take that sense of being able to say, ‘I thought I couldn’t do this, but maybe if I try these other ways of solving a problem, I can come up with a solution and succeed.’”