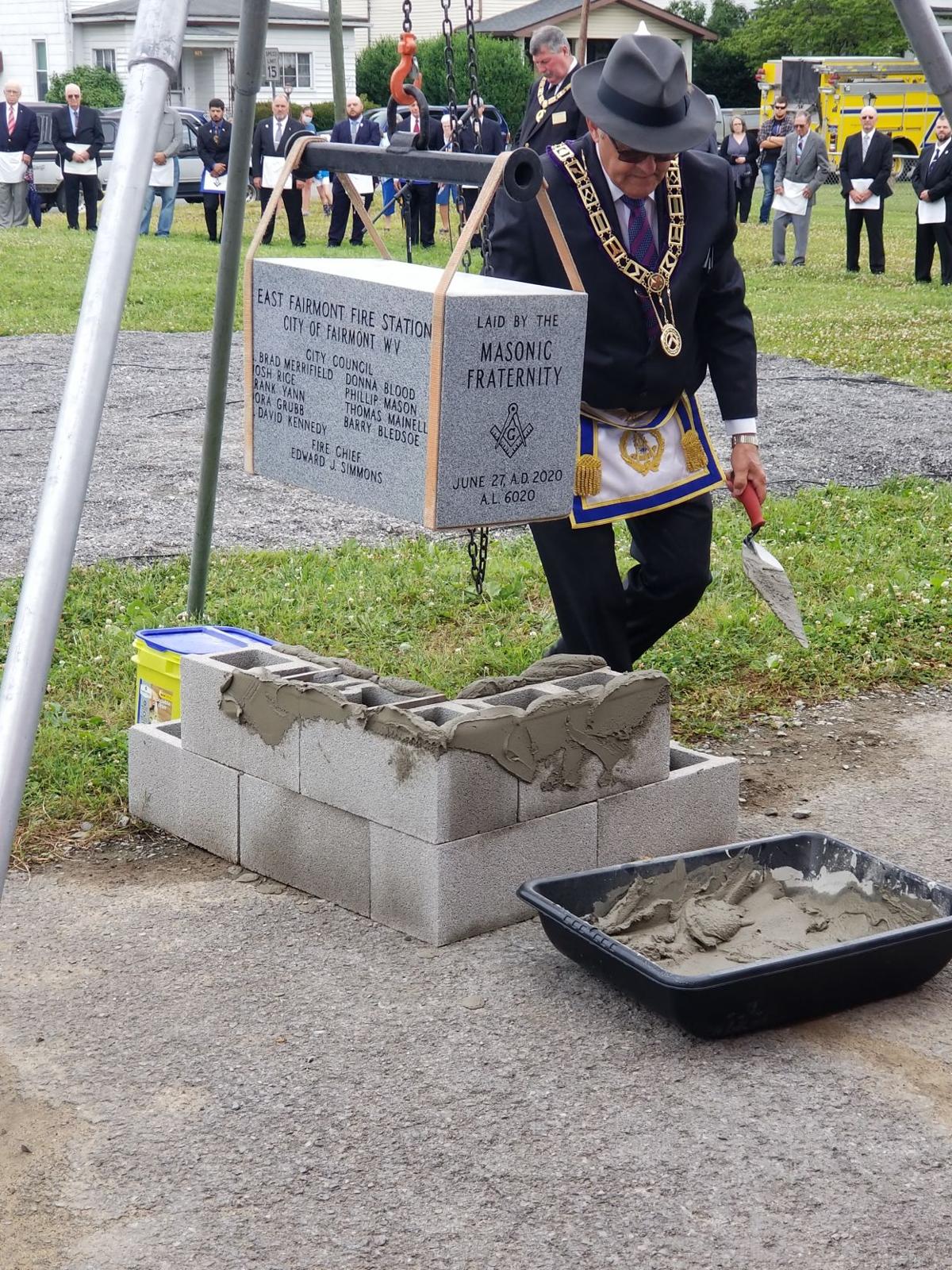 Richard Nuhfer, grand secretary of the state Masonic Lodge, lays the cornerstone Saturday for the new East Side fire station. 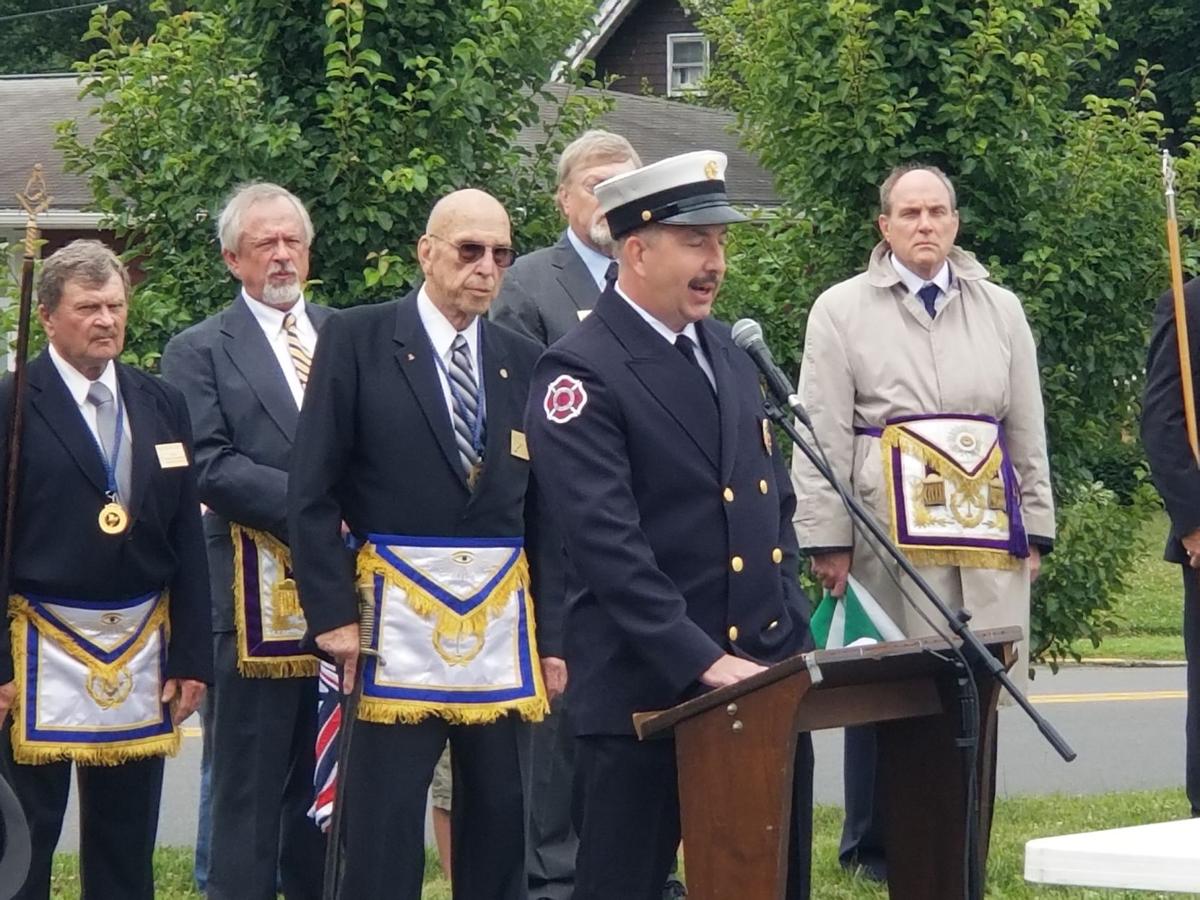 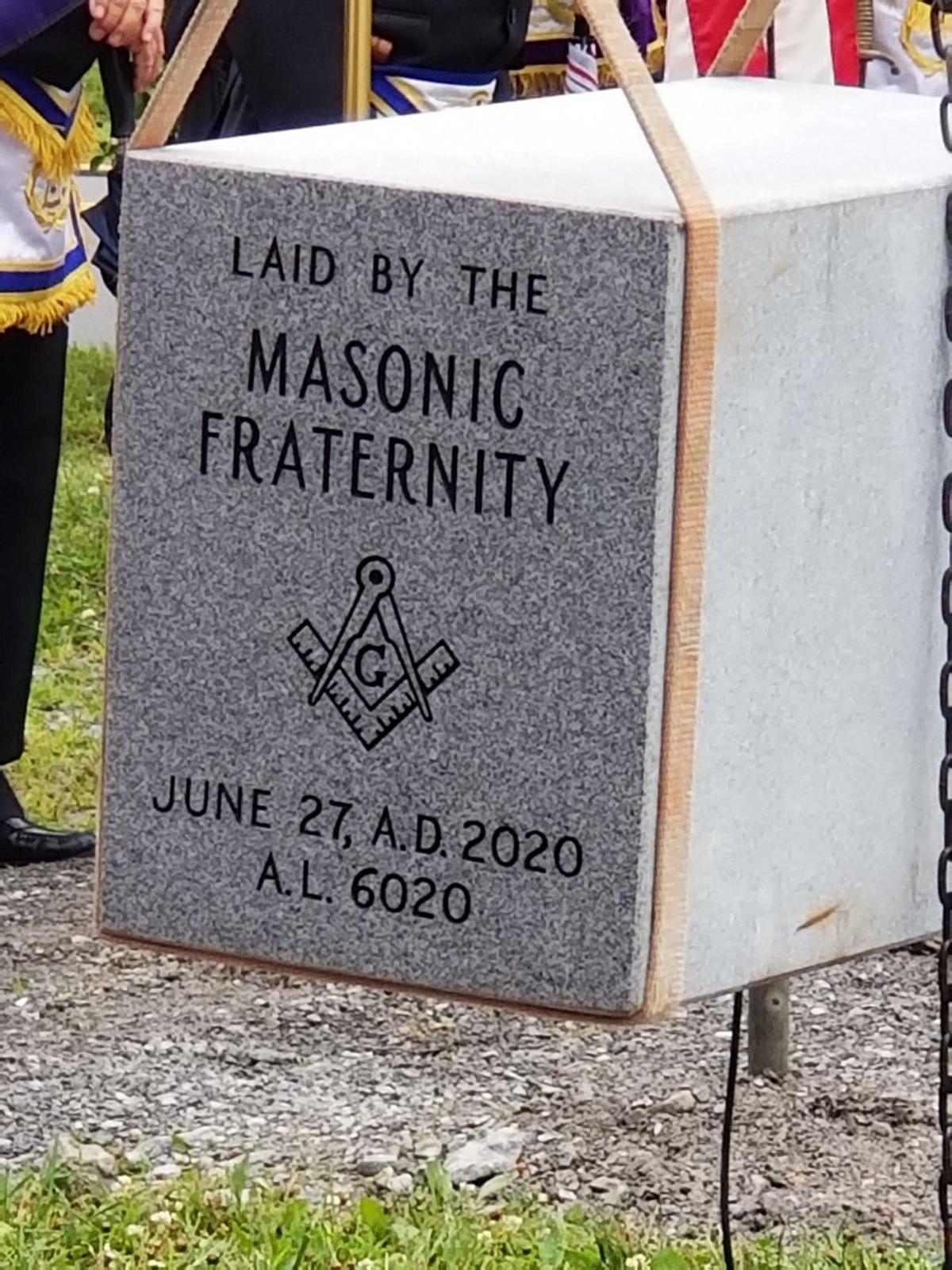 The cornerstone is lowered to the ground during Saturday’s ceremony conducted by the Masons.

Richard Nuhfer, grand secretary of the state Masonic Lodge, lays the cornerstone Saturday for the new East Side fire station.

The cornerstone is lowered to the ground during Saturday’s ceremony conducted by the Masons.

FAIRMONT — With the pomp and ancient ritual it displays publicly only for funerals and groundbreakings, the Most Worshipful Grand Lodge of Ancient Free and Accepted Masons of West Virginia symbolically laid the cornerstone for the new East Fairmont fire station Saturday morning.

The new fire station will be located at the corner of Vermont and Morgantown Avenues.

One of the oldest ceremonies in Freemasonry, the cornerstone ritual was led by Richard Nuhfer, the current Grand Secretary of the state Masonic Lodge and attended by nearly 100 white apron-clad Masons, as well as members of the Fairmont Fire Department, city officials and interested residents.

With the new fire department building, the Masonic Lodge has now laid the cornerstone for 19 buildings in Fairmont since 1867. Across Marion County, 28 buildings bear cornerstone markings of the Masons.

Only schools, churches, public buildings, and their own Masonic temples receive such a cornerstone ceremony. Corn, wine and oil was poured onto the stone “to anoint and consecrate the building,” said Nuhfer.

Within the cornerstone itself, inside a seven-inch diameter storage box called a “casket,” was placed a collection of local paraphernalia representing life in 2020 in Fairmont. The cornerstone was then symbolically cemented into place by the grand secretary.

“It’s a much-deserved fire station. Even though the old station looks good on the outside, it’s not fit for firefighters on the inside,” said Merrifield. “These firefighters have not missed a day of work during coronavirus. They do so many things for us. They deserve a better fire station.”

“The old station was built over a hundred years ago. We can barely get some of our equipment in it. We just outgrew it and need some space for the future. Our guys really need a station,” said Simmons.

Simmons said construction on the new fire station is expected to begin next month. It will be at least a 14-month project, the fire chief said.

When the new fire station is built, the City of Fairmont will retain possession of the former structure. It has not announced plans for the facility, but it will not remain a fire station, according to the mayor.

Saturday’s cornerstone ritual followed the same Masonic Lodge protocol as did George Washington’s ceremony nearly 227 years ago when the first U.S. president and a Mason himself, laid the cornerstone of the U.S. Capitol in 1793.